The realm of the imaginary, which has always been regarded as the primal domain of art, has expanded progressively under the influence of new technologies in the early years of the twenty-first century. Through a process of mutual interaction, the imaginary permeates and shapes reality—and vice versa. The imaginary potential of the visual image has become increasingly significant. This ongoing process is designated by the concept of the image. The works presented in this exhibition explore the image at the moment of its fundamental reconfiguration. Changes affecting the origin, distribution, function, and mission of the image have made it both the point of departure and the principal object of artistic analysis.

With the words I Do Not Own Snow White (2005) displayed in neon letters, Pierre Huyghe contraposes the potential of the image of the fairy-tale figure Snow White as imagined by an individual with claims of legal rights to a specific visual representation. In addressing the legal issue, he also raises the question of whether an image in the mind of an individual can ever be truly original at all, or whether it isn’t composed instead of a number of previously existing images. 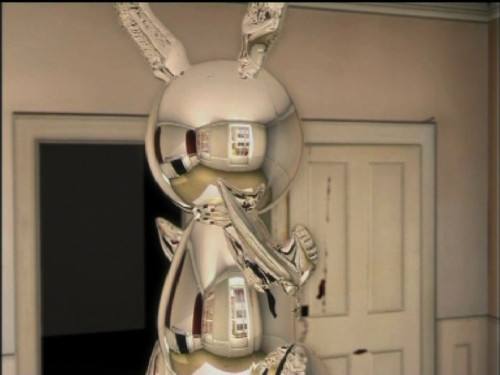 Mark Leckey’s Made in ’Eaven (2004) shows a replica of Jeff Koons’s Rabbit. Although the movement appears to represent a camera and a viewer, the camera is not reflected in the image. The reflection of the vacant production site gives way to reflection on dematerialized realms of imagery, and the perceptions and imagination of viewers, who seemingly find themselves participants in an illusory game of inside and outside, figure and surroundings, played at constantly changing visual levels. With the figure of Annlee, the commercial animated character acquired under license by Pierre Huyghe and Philippe Parreno, the artists show how the imaginary nature of the image, the imagination of the figure itself, and the viewer’s powers of imagination are interwoven in a fabric of reciprocal influence. 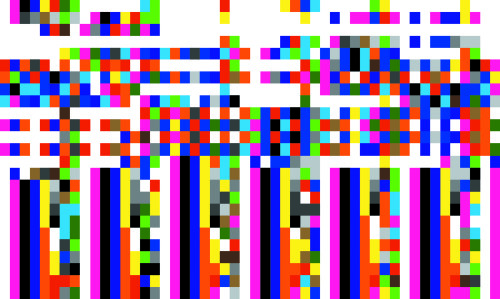 The artists featured in this exhibition respond to the permanent transformation and free circulation of images with a gesture of focused attention. Existing images are reformatted without concern for their materiality. Rhythmic delays are employed for the purpose of exploring the imaginary potential of images as well as the feedback of the real that is discernible in them. Freed from the yoke of hierarchies, all images are equal, interchangeable and placeless. They are a pure medium of reflection.