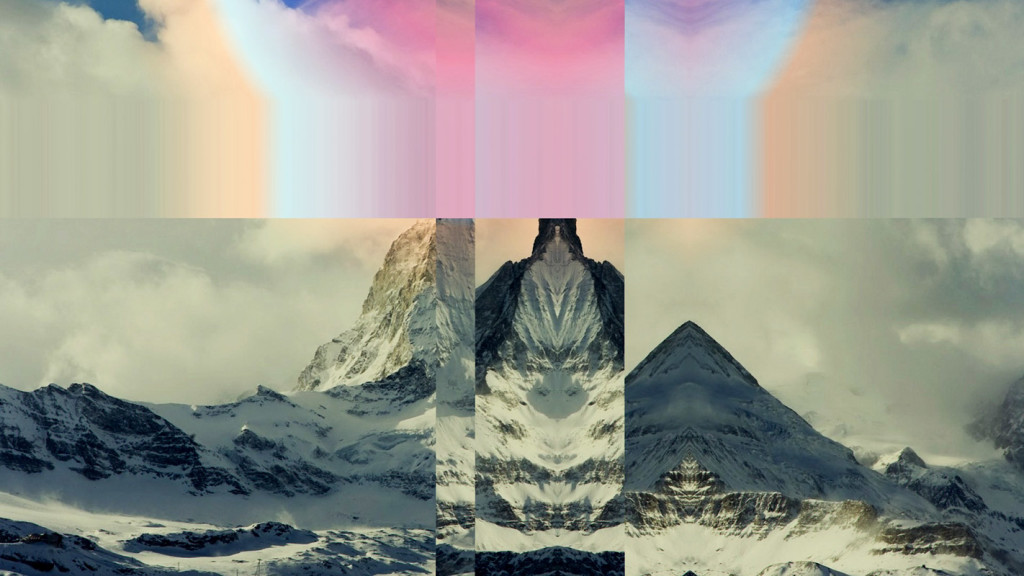 We interviewed Marco Signorini, artist and professor at Brera and Carrera Academy, who has been exploring the potential of digital technologies since 2013. This is done from the viewpoint of photography, and relates to an interest that centres on the formation of images [and the countless possibilities of deconstructing them]. Signorini tells us about his singular approach to algorithmic reality, which begins with the specific and extends the view to the tricky relationship between what’s real and what isn’t. His work can be visited at Metronome until 6 February.

Elena Giulia Rossi: Your use of photography is framed by your deep interest in the controversial relationship between what’s real and what isn’t, and its connection with the digital capacity [of software] to produce images [as opposed to reproducing them]. This leads us into the vast and complex spatio-temporal dimension of code…

Marco Signorini: We often wrongly juxtapose reality and unreality in the belief that the former can in some way be narrated and represented, in contrast to thoughts and less identifiable forms arising from the imagination. We share an average perception of the make-up of everything that surrounds us, right up to the structure of the universe, and we cling to the certainties of what is recognisable in order to verify a presumed truth, rule-bound and accessible to all. Photography is the invention that has allowed us to document our lives and our world with images, but this is not why it has made us, and our subjects, authentic because we are realistically portrayed. Technical advancement – a new way of acquiring the dimensions of an increasingly large reality – should make us consider the resulting possible and accessible forms of representation; they are fresh occurrences, further knowledge processes, other directional and expressive viewpoints. 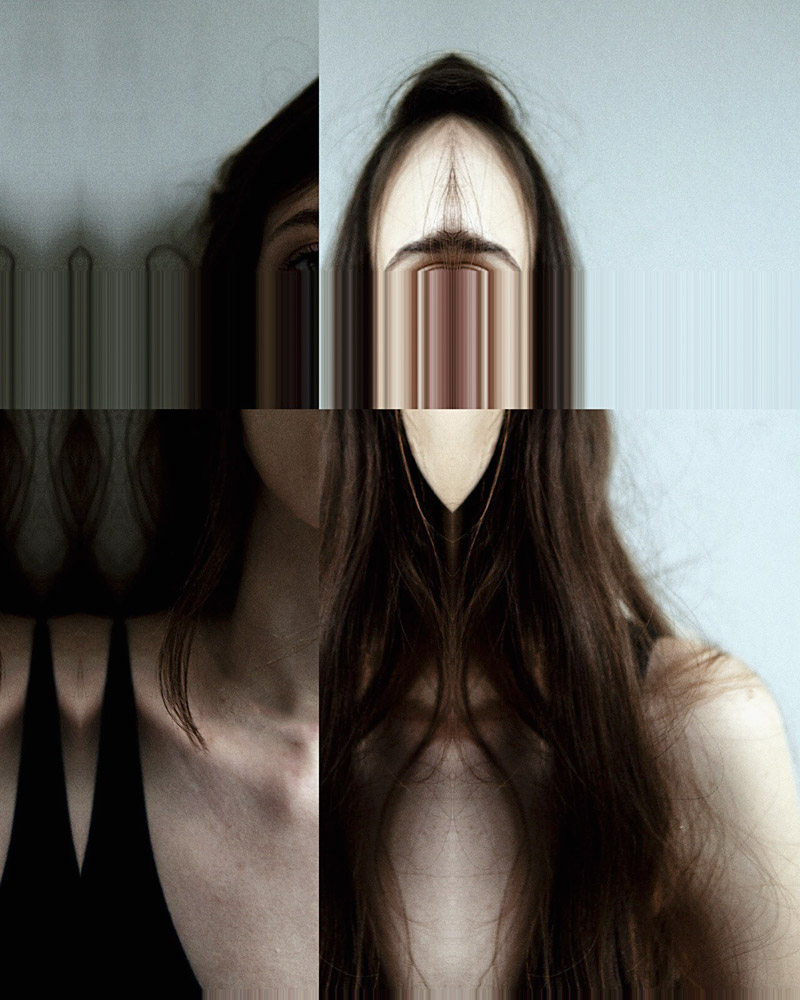 How important is chance and software error to you? Are there specific instances where a bug in a code has shown you important aspects of the digital dimension?

As I’m not an IT expert, like most users of technology, I seek to understand through experience, for example when I’m trying to see how a digital image is constructed, what it’s made of. I’m not all that interested in error when it slips accidentally into an image executed with a certain degree of measurement and expectation. The interesting thing is that I can stimulate a variant of an image using an algorithm as a command, and in practice, this translates into code.

Alternatively, it’s possible to write directly into the code of the relative image, so that the pixels arrange themselves differently. Not many people know that a jpg or tif file can be opened with a code-writing programme: you can see the code, write whatever you like, save it and view the image to see the result.

This process – the inverse of the unpremeditated error – is a kind of balance between surprise and preparing the surprise. The software seems to enter into a dialogue with the user, responding to stimuli. When something interesting happens I select it and put it aside. Every time I enter an algorithm for any kind of manipulation, I get a new version of an assumed original form; it’s never the same. The forms are different, but in reality the action is writing. I like this relationship: the presumed material inconsistency of digital images in fact corresponds to hundreds of pages of text for each one. 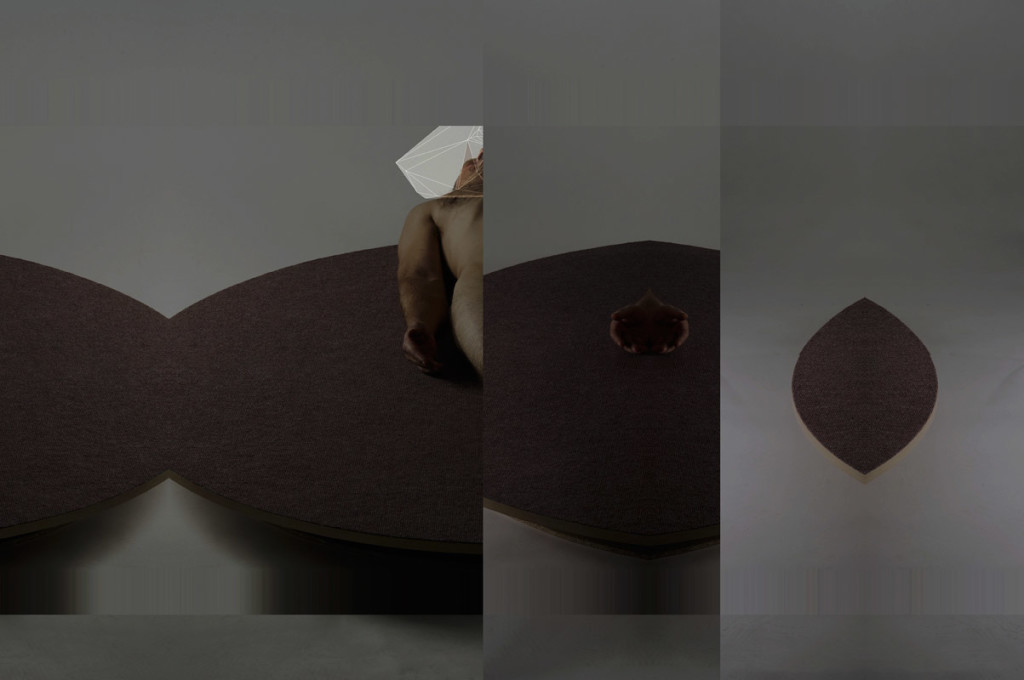 Digital photography seems to have moved still further from the analogue version, especially from its reproductive function. How would you define this shift? And also, what is the relationship between analogue and digital photography, in your view?

For me, photography is a different technical and linguistic system from the one that has developed with the advent of digital for capturing images. Video is a separate thing from cinema, and it immediately distinguished itself as such. With digital there are still tools and functions similar to – and which can be integrated with – photography. No comparison should be made between the two systems, although the sterile debate between analogue and digital seems to centre more on the attempt to enhance the value of photography as a more truthful and conscious experience than the new forms of producing and sharing images. As for the aesthetics and the evolution of the language, which is what interests me in terms of its social, logistical and behavioural implications, I define this as a movement from Rebus to Anagram: two methods of analysis, two enigmatic views of the effort to understand the value of our existence through a complex communication system. 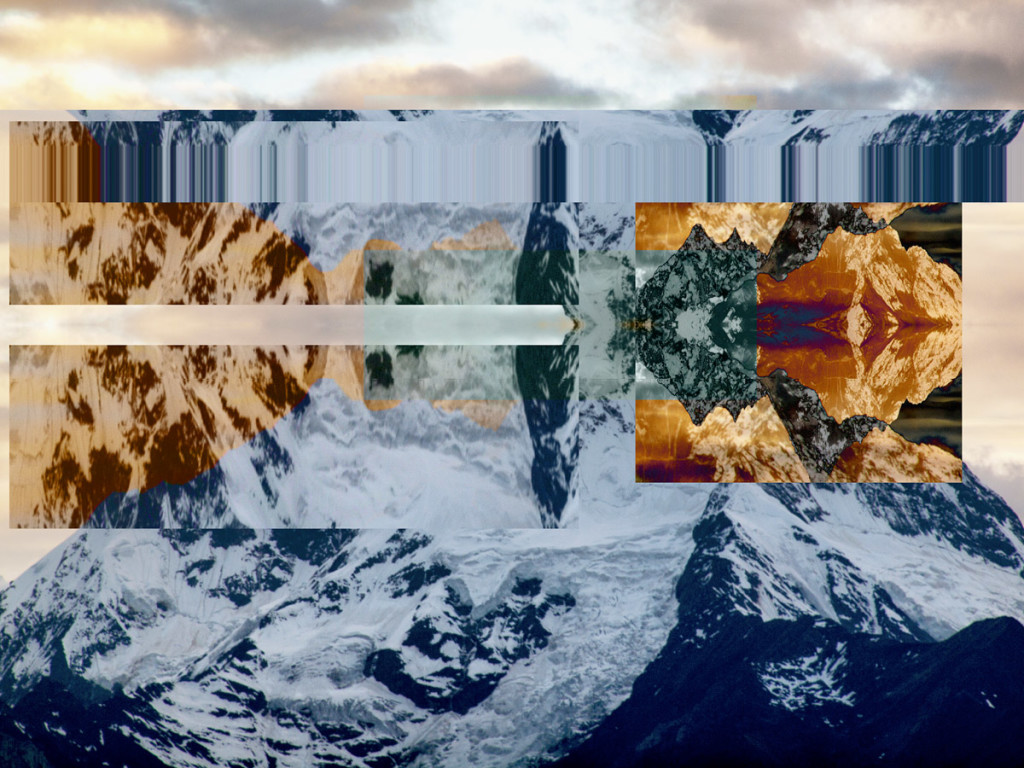 What it the authorial role of the artist today, and how does he relate to his tools, particularly when these tools [such as digital photography] imply an increasingly indirect relationship with the body and are ever more conditioned by the electronic sensibility they are a part of?

Regarding the digital world, the author function – to quote Foucault – is thrown into crisis by the constant flow of mass production and the internet. Images nowadays seem to live their own lives, with a continual and incessant proliferation that goes beyond the authorial awareness of their creators and that nevertheless gives rise to new forms of representation and methods of design. And therefore I find it’s necessary to reflect on the aesthetics produced by the language, on the analytical processes needed to grasp their potential in form and message. The role of the author cannot influence the mass phenomenon, but it can tap into it and go forward in a spirit of observation and a quest for meaning. If we think of digital technology as a technical tool, this is fundamentally a change in medium, a sensor instead of a film. I’m still seeing plenty of “analogue” projects, despite the use of digital systems and the web. 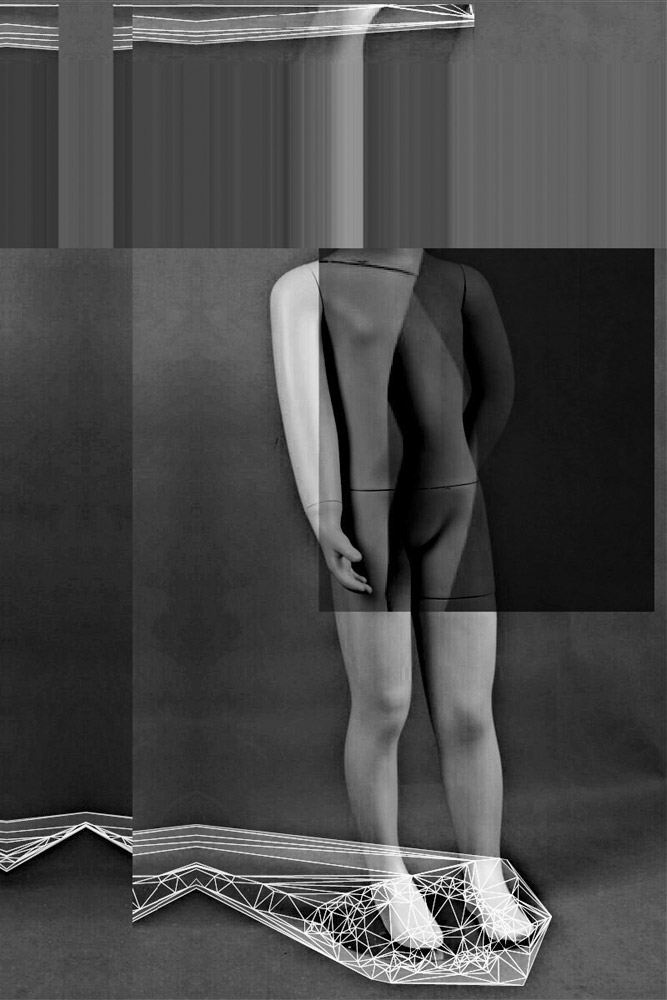 There are museums, collections and departments entirely dedicated to photography. How can we relate to this specific discipline at a time when technology has immersed us in a trans-media and multidisciplinary dimension?

I still believe in places made of people and space for sharing culture. Of course, by culture I mean living work that reinterprets, builds bridges between history and the present, reaches out to the future. We need to reflect carefully and believe seriously in the role that museums and institutions can play in our society, extending too to schools at all levels, undeniable places of learning that have lost our esteem. Personally, I prefer a wide-open approach to a strictly sector-based one, but the value of specific disciplines can be enhanced by opening themselves to other languages, to later return to an enriched specific sphere. It’s precisely in detailed and focused research that discoveries are made; these go on to affect other work in different fields and thus modify our way of thinking and living. 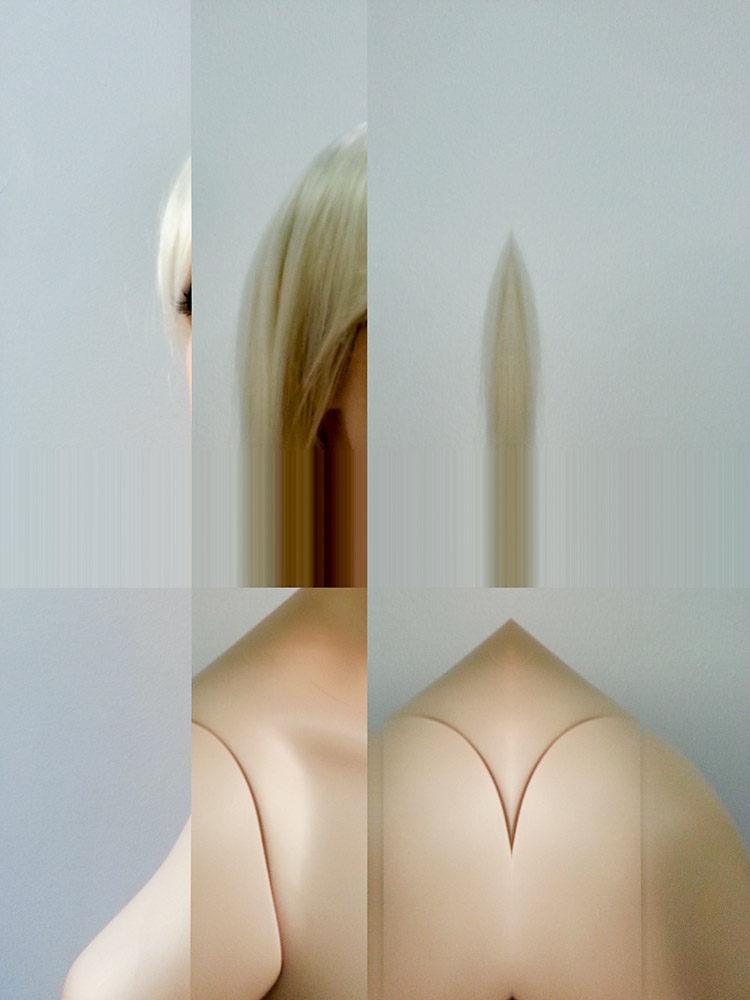 In an interview with Benedetta Alfieri, you say: “Seen in that way, software becomes a Place, and an image becomes a Being. It has a story, as long as it lives, feeding on itself. After all, aren’t the metadata of an image the same as the particulars of a birth?” It’s a lovely image to describe [in all its concreteness] our new digital reality, which photography is a part of. This new life that begins on the screen is then transferred, in the case of your work, onto physical mediums. Can you tell us what, in your view, is the relationship between the image on the screen and the one in the physical space?

The life of an image born as a file can be continuous if it’s subject to the digital “life” of the computer and software. While with analogue photography we can witness the birth of the image through light and chemical development, in the digital sphere the starting point of an image’s growth and evolution is the moment after its birth. If we want to take it to extremes, we can consider the two systems, analogue and digital, the first as a process which concludes with the photograph-image, and the second as a process which begins with the file-image. I’ve always considered the relationship with the work to be fundamental, because the image itself is not automatically a work of art. During discussions with my students at the Academy, it emerges that this question – apparently banal – is in fact of primary importance. As they approach photography, the students produce material which they select and evaluate predominantly on the screen of their monitors. Most of these images will remain files, without ever being printed, as is the case with the majority of photographs taken today. It takes a large amount of imagination and technical skill to successfully handle print method, format, materials and medium, and subsequent arrangement for exhibition. As for me, I like to try out a piece in several different forms of presentation, so that I can see their expressive potential. In my recent work Anagram, I also created 3D prints from the two-dimensional images, with highly sculptural effects. 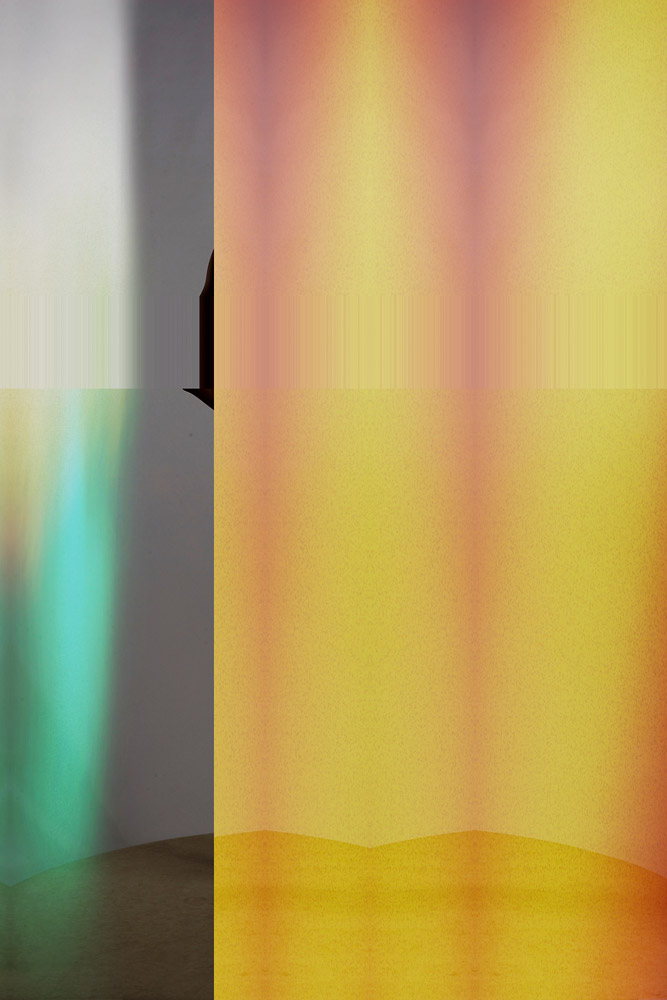 How do you manage the conservation of your works? And also, which tools do you think should be employed in the face of the multiple and variegated questions concerning the storage of digital images [and ephemeral works in general]?

Storing the material produced is not easy, in spite of my attempts to organise my mind and my use of dedicated devices. The “cloud” may be a solution, although I haven’t yet worked out where it is and what it’s made of; you could say I trust it but not excessively. My work is protected by various storage methods on different mediums, but it’ll soon be copied onto others as technology advances. It’s a constant aggravation and I don’t feel I can say we’re more secure now than before, as we entrust everything to electricity and  an internet connection.