by Ilaria Piccioni
in focus, Interview 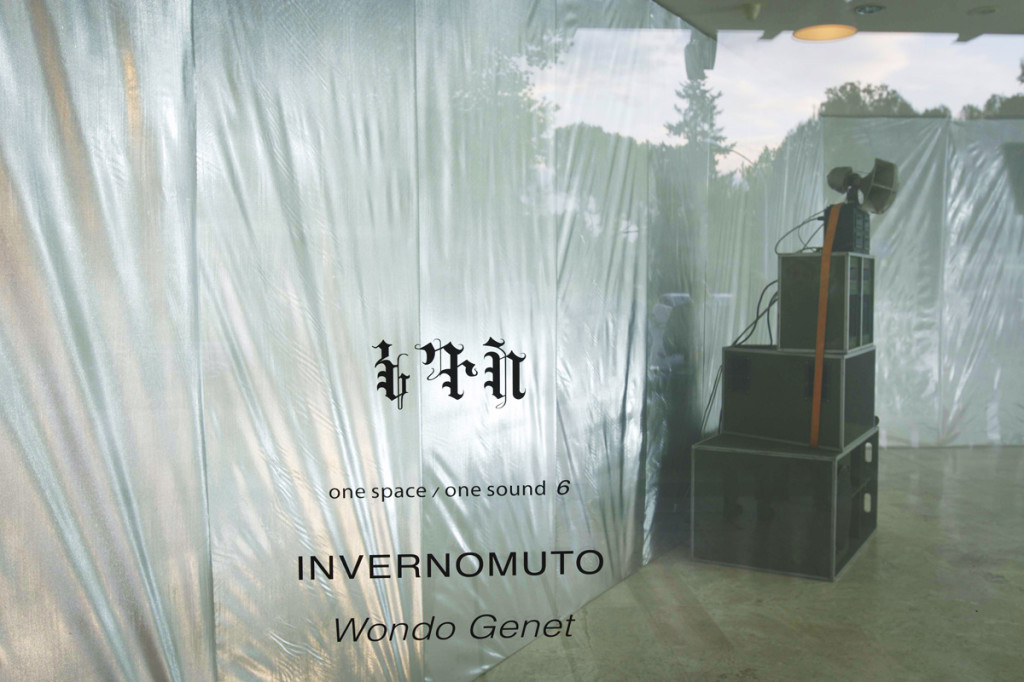 This interview was prompted by the Invernomuto exhibition held at the Parco della Musica Auditorium in Rome and curated by Anna Cestelli Guidi and Manuela Pacella.  The sixth event in the series of exhibitions organised by the Fondazione Musica per Roma, One Space / One Sound  brought to our eyes and ears the work of the duo of artists Simone Bertuzzi and Simone Trabucchi.

Their ambient installation Wondo Genet and their project Negus – Remembering a Night in Sasha call intense attention to the role of sound and the stratification of themes, historical events and popular tales, which are illuminated by video material and music tracks.  Sound is an inherent part of the work, opening up in the physical space of the exhibition venue to imbue the visual elements with meaning, as in the case of Wondo Genet, where the sound emitted by the sound system vibrates, and the smoke that envelops one’s view of the video carries additional symbolism.

Every element of the Negus series evokes the vast universe that gravitates around three cardinal points, the three stages of the work: Vernasca (birthplace of Invernomuto), Ethiopia and Jamaica. Particularly with the video narrating a night spent in the Rastafarian community of Shashamane (Ethiopia), the viewer is impelled to search for signs and codes to reconstruct a story which has taken on new identifying features. This complex project, which has occupied Invernomuto for several years, consists of a series of works originating in the figure of last Negus (or King) of Ethiopia, Haile Selassie I, Italian colonialism and the Jamaican music traditions of reggae and dub.

Not interested in a closed, definitive work, the two artists carry out a process of investigation which involves various languages and disciplines, with themes that become pivotal in the work; and this grows into something larger and independent of its original starting point.  Artistic analysis widens into an open research project in constant flux. Historical eras and geographical borders are the sparks and basic elements, making up the blueprint for the audio-visual work as a symbolic and critical fabric. We asked Anna Cestelli Guidi and Manuela Pacella to tell us about the exhibition, and Invernomuto to talk about their work and their future plans. 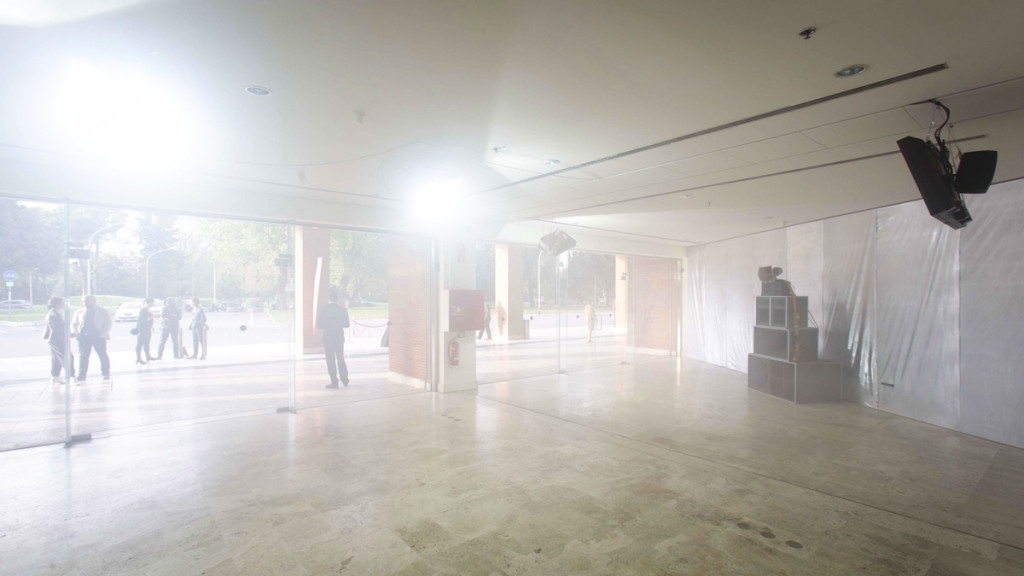 Can you tell us about the  One Space / One Sound project at the Auditorium Arte of the Fondazione Musica per Roma, which hosts installations and works featuring a close relationship between sound and visual arts?

Anna Cestelli Guidi | One Space / One Sound is an exhibition based on research into the multiform relationship between visual art, architecture and sound, which I started a couple of years ago for the exhibition space at the Rome Auditorium.

The idea came from a realisation of the growing interest in the sound element of contemporary art over the past decade, and, at the same time, from a desire to contextualise exhibition activities in the Auditorium, which is actually Rome’s top venue for music; by exploring the many ramifications of the encounter between visual art and sound within the same space.

If on the one hand the Auditorium is the perfect setting for producing and exhibiting projects in which sound plays an essential role, this same setting is precisely what interests artists – in other words, the opportunity to present their work in an unorthodox venue, completely different from contemporary art galleries and museums.

Within the compass of this line of research, the various projects addressed have demonstrated a wide variety and diversity of approach. Thus Massimo Bartolini – with whom we launched the project in 2013 to coincide with the 100th anniversary of the birth of Glenn Gould – transformed the exhibition space into a place of sound and pictures; Swiss sound artist Zimoun created an immersive soundscape with hypnotic rhythms; the multimedia installations of Korean duo Young-Hae Chang Heavy Industries turned the space into a liquid ambience in constant movement; Francesco Fonassi used it for a vibrant listening to an acoustic phenomenon. 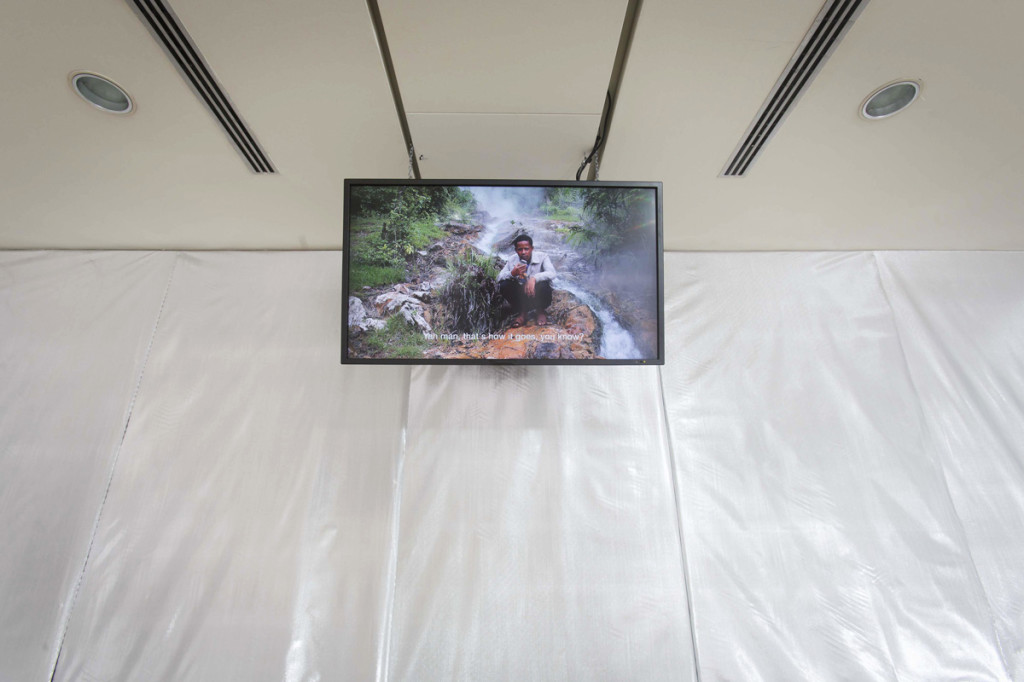 How does Invernomuto’s work – their artistic research composed of heterogeneous languages – fit into the Auditorium’s exhibition philosophy?

A. C. G. | In the context of this research and exploration into the complex intertwining of visual art and sound, the work of Invernomuto is more relevant than ever.  Theirs is an art in which the visual and sound elements are inseparable.  Their installations, like the version of Wondo Genet produced here in the Auditorium, are not only conceived with great attention to space, but also structured around sound, which is fundamental in determining the space itself.  The total interpenetration of image and sound that characterises their installations is also present in the meticulous soundtracks of their video pieces.

What struck you about Invernomuto, their projects, their construction of a polysemous universe like Negus?

Manuela Pacella |  I was recently reading an old article published in the 10th edition of NERO back in 2006, Talk Radio. It was the transcript by Luca Lo Pinto of a programme by Barry Champlain which was broadcast on 154 FM in New York on 2nd January 1991.

Champlain’s words refer to an exhibition by Douglas Gordon, and despite their simplicity, they remind me of the reaction I’ve always had to Invernomuto’s work – including the projects I know very well, like Negus: “I don’t understand much, but it blows my mind. (…) The fact that I don’t completely understand what I’m seeing is a good sign.  Usually everything’s pretty simple, isn’t it?”

The ongoing sensation of only understanding their work though moments of epiphany, and never managing to build a more complete outline that might succeed in quenching my thirst for rational comprehension, is Invernomuto’s greatest strength. 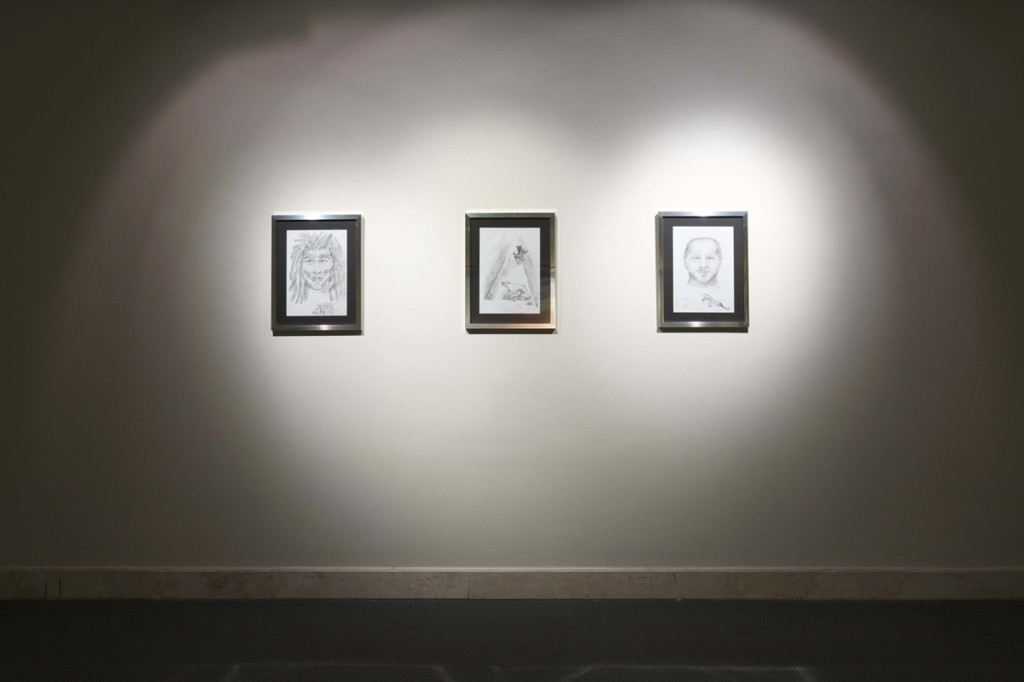 What do you think is the best way of conjoining and experimenting with art and sound, still with reference to the work of Invernomuto?

M. P. | I have to admit that I don’t claim to be an expert on the art of sound. My relationship with sound has something ancestral about it, and in some ways it’s happy to stay that way.  And that’s why I’m convinced that, at least as far as I’m concerned, art and sound achieve their goal when, rather than adding more elements, they find a way of complementing each other.

In this particular case, for example Invernomuto’s multimedia installation Wondo Genet, the home-made sound system provides a constant deep rhythm which does not detract form the other elements of the work (where there’s also another sound, from the video) but, like a heartbeat, guides the viewer naturally towards an immersion into the Ethiopian phase of the Negus world.

In Negus – Remembering a Night in Sasha, on the other hand, the soundscape clearly plays the role of a mnemonic aid to the viewer. In recounting that night in the form of an identikit portrait, Invernomuto provides details of people and places which are also evoked by sounds and background noise, such as dogs barking or a crowded bar. 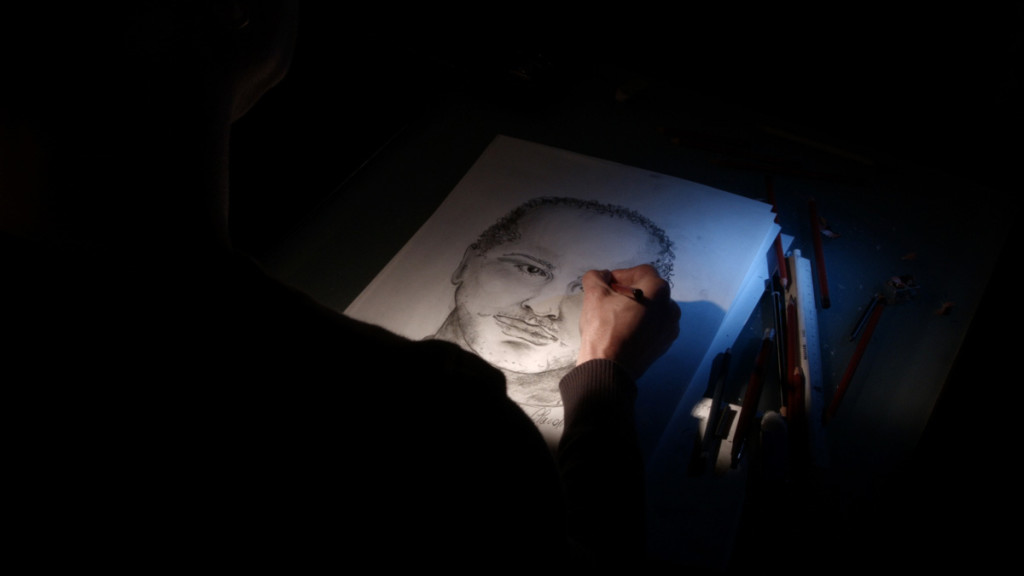 The Wondo Genet ambient installation was first presented at Marsèlleria in Milan; how did you re-design it for the show at Auditorium Arte in Rome, and what value does the sound dimension have in your work?

Invernomuto | At Marsèlleria, access to Wondo Genet was via a dark corridor, and it occupied the basement of the exhibition space. A basement full of bright light, designed to hold an indoor garden.  At the Auditorium, however, the installation could be seen from outside, through the windows; natural and artificial light.  In Milan the space was secret, in Rome it streams towards the outside. This is the major difference.

Negus is imbued with sound, it speaks of a very particular musical culture, reggae, dub and the music produced by Jamaica in the past fifty years.  But sound is also present in the way the project is diffused, in its rhythms and its echoes and reverberations among film material and installations.

From the starting point of the video Remembering a Night in Sasha, the account of a night spent in the Shashamane Rastafarian community in Ethiopia, can you tell us what the future holds for your Negus project?

I. | We have only just got back from a trip to Jamaica, where we finally shot the scenes we needed to complete the film version of Negus. It’s been three years since the project began, and today we can see its conclusion, although essentially it’s impossible to get away from it.  In these months Negus has created many different works and outcomes; the film will be just be the final stage, and probably the most important.  If everything goes to plan, we hope to have it ready for next autumn.  Negus is obviously the most impressive and exhausting series of all our work, and it will remain so.  And we hope it will be around for a long time to come.

Critical Grounds #4. Without a frame. Space and Time of the Installation

Critical Grounds #4. Without a frame. Space and Time of the Installation