We interviewed Guido Segni, a web activist and video artist who works under a series of pseudonyms (Dedalus, Clemente Pestelli, Guy McMusker, Angela Merelli, Anna Adamolo, Guy The Bore, Umberto Stanca, Silvie Inb, Fosco Loiti Celant, Guru Miri Goro, Leslie Bleus, Luther Blissett), operating at the intersection of art, pop internet culture and data hallucination. His work shifts attention towards the various (and contradictory) realities of the medium [internet], with particular attention to its social impact. He was a co-founder of the collective Les Liens Invisibiles. He currently teaches at the Academy of Fine Arts in Carrara, heads the REFRAMED laboratory and is a member of the editorial committee for the Atypo project. At the moment he has several ongoing projects, such as Work less, work all – we are the 99% on Fiverr.com, a site-specific project created for Link Cabinet (the online space managed by Matteo Cremonesi for the Link Art Centre) and a quiet desert failure, presented at the (in)exactitude in science Pavilion curated by Filippo Lorenzin and Kamilia Kard for The Wrong – New Digital Art Biennale (and also presented in the physical space of the Off Biennale in Cairo as part of the New Social Contract exhibit curated by Elena Giulia Abbiatici). 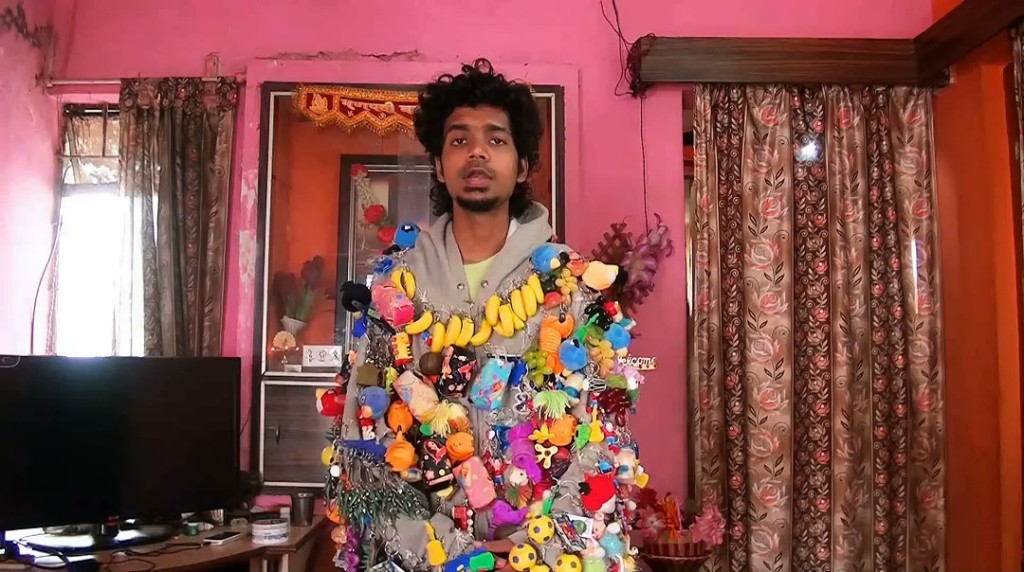 Since 2006, post-internet is a term that has come into use to describe a shifting (which has been going on for some time) of the world of Internet towards a dimension which lives solely in the re-combination of existing content. Among other things, the prefix “post” has aroused a lot of tension regarding its time-bound meaning, since we are living “inside” the internet dimension. What is your position on this, and on terminology in general?

I don’t think I’m the most suitable person to discuss and take a position on a such an (apparently) delicate question of terminology. Words are definitely not my strong suit. What I can say is that, broadly speaking, I don’t like clumsily-applied labels like Post-Internet for something that seems to me to contain many individuals. Personally, I feel closer to the definition given by Guthrie Lonergan  of “Internet Aware Art”, in which he refers to the need to think about our own work based on the new media and internet, while toning down our enthusiasm about the mere technological aspect.

To put it briefly, Internet and the New Media are not so new any more, they are so widespread that today more than ever they can be seen as banal. A banality that’s a good thing, in that it induces artists to have a more instinctive and intimate approach to these tools, which means they can focus more on the ideas and less on the media hype of the moment. 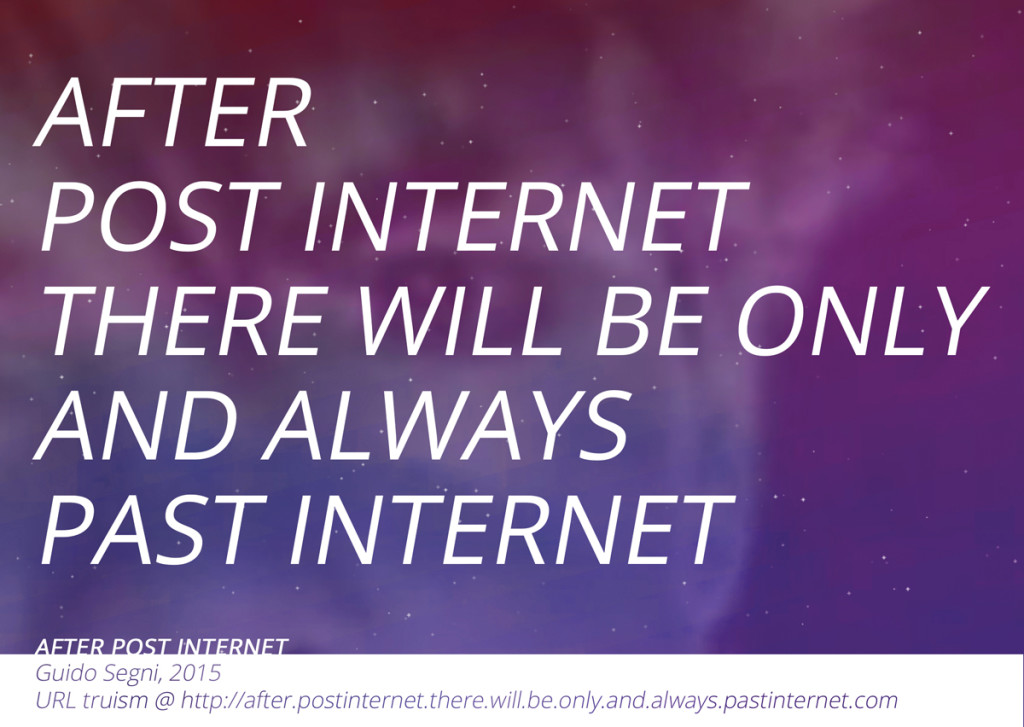 After post-internet there will be only, and always, past-internet? This is a truism in which we can recognise one of your recent works. How can we visualise a past internet when what survives obsolescence continues to live within what is present (and therefore in its constant reformulation)?

The truism After post-internet there will be only and always past-internet is more than anything a simple and obvious play on words, and a memento mori referring to the Post-Internet everyone’s talking about at the moment. The key to the interpretation of the work lies in the choice for backing track – straight from the 80s and their pop imagery – of the well-known song Forever Young by Alphaville. And so, with due differences and adopting a farcical comparison, the Post-Internet phenomenon reminds me of certain fashions and subcultures from the 1980s (I’m thinking of the Paninaro style in Italy, for example) which came about after a decade – the 70s – marked by intense political and cultural tensions, to which they reacted with manifest disengagement and individual hedonism. 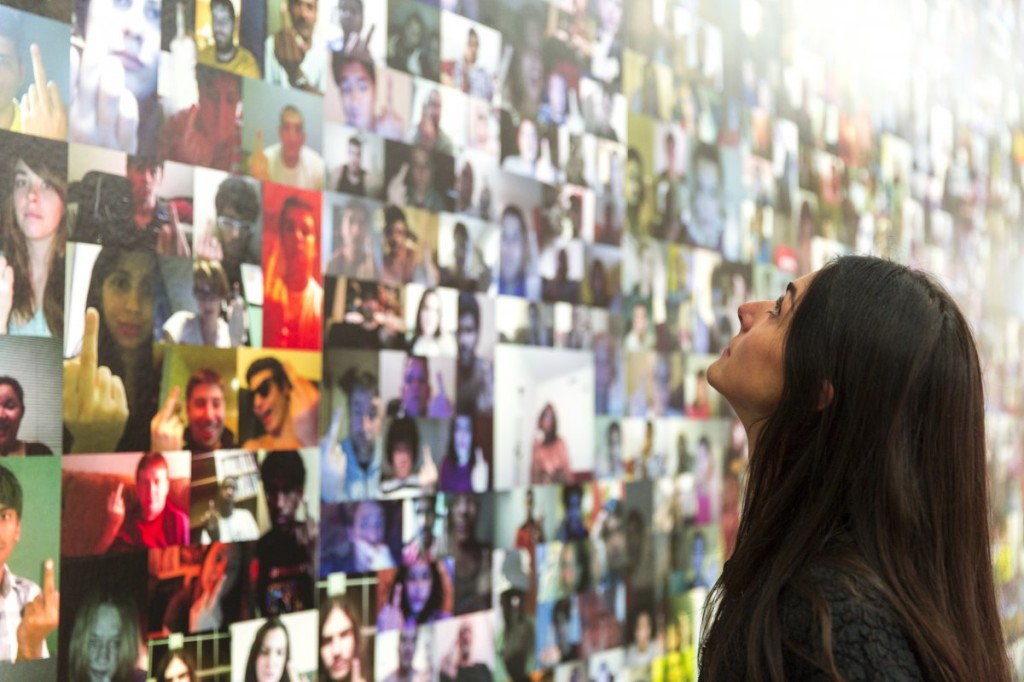 How do you define an online performance? What’s your position as author?

I think that given its history, the term performance is often misleading, especially if, as in this case, it’s applied in the realm of new media.  In my works, the performance element does not lie so much in the uniqueness of the hic et nunc, as used to be the case, for instance, with performances in the 70s, but rather in their being part of a mechanism which doesn’t end with the final outcome nor with the chosen medium (web page, video), but which inserts itself in time and triggers various kinds of interactional dynamics.

To give you an example, in a quiet desert failure, a work I recently presented at “The Wrong – New Digital Art Biennale”, it can be identified with the website and with the archive images of the Sahara desert which I arrange on a public Tumblr blog. The meaning of the work lies in the time period it covers – 50 long years to complete the mapping of the entire Sahara – and in its relationship with the technological infrastructure it is based on, and the attempt to show the limits imposed by technological obsolescence.

In any case, I’m not saying or inventing anything new. Historically, net.art in all its forms – with or without the dot – has always had a strong performance cast. The techie internet hype of the 90s and 00s made it famous, but it has shown its true worth to be its ability to explore and represent the complexity of contemporary reality by creating connections and relationships between very different contexts.

With your a quiet desert failure, which can now also be visited in the online exhibition The Wrong Biennale, you slow down the speed of Internet. “Be patient!” you ironically invite visitors to the site to prepare themselves, because your algorithmic performance will take 50 years to reach completion. The choice of the desert as the subject for your work, and indeed the time period you announced it will take before it is really finished, are an emphatic warning of the danger of imminent oblivion. It this really a danger? Or is it the need to preserve, archive, memorise this train of thought and this attitude, which themselves are becoming obsolete?

It is intended more than anything as a suggestion. The entire work is criss-crossed with various levels of interpretation, more or less coherent with each other. In the first place there’s the idea of crossing the desert – achieved in fifty years by the algorithm at the base of the project – as a symbolic element which recalls the image of journeys by prophets and visionaries. But the level I find most fitting was suggested casually by the worlds of Vinton Cerf, one of the “fathers of the internet”. In a recent interview, in fact, he talked about how rapid and uncontrolled technological evolution is transforming the twenty-first century into an enormous black hole, with the resulting danger of “losing a huge chunk of our history”, evoking the image of an upcoming “digital information desert”. 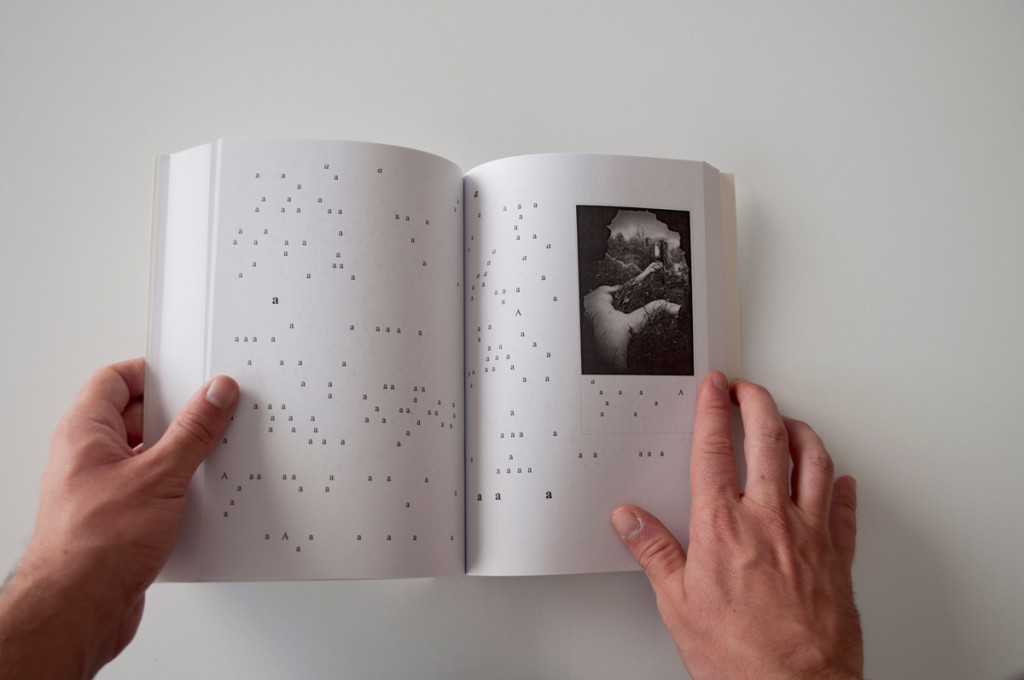 How do you preserve your work? When you are invited to present a piece of work, do you impose conditions (about its presentation or even its conservation)?

If you mean digital work, I save it online and offline.

As for the presentation of my works, I don’t insist on particular conditions, apart from retaining its meaning rather than its form. This is especially true when I have to present works conceived primarily for internet in the context of an exhibition.

In recent years there has been a lot of talk about the role of the error in the field of software production; it is considered as an important part of the evolutionary process, just as in nature. What does error mean to you? By using the term failure, again in your a quiet desert failure, you appear to allude to something else, something negative that is closer to the emptiness of oblivion than to the complicit randomness of the process of transformation…

In the world of will and representation mediated by software and digital simulation, error represents a tear in the sail, and a moment of awareness and consciousness. The title and the meaning of a quiet desert failure are simply a suggestion that, in spite of its apparent omnipotence, technology is not infallible. The algorithm was developed in order to store the whole of the Sahara desert in a Tumblr archive, but it is destined to fail, because it’s not yet clear whether in the next fifty years – the time it will take to complete the operation – Google servers, Tumblr archives, or the Internet itself will last long enough to allow the performance to finish.

How does your work fit with the market?

Unfortunately, operating with studies and works based predominantly on the new media brings various kinds of difficulty, especially in Italy. In order to keep my research moving ahead, rather than the art market I have to rely on awards, commissions, teaching in an Academy of Fine Arts and various other sources. It’s not easy, but that’s the way it is. 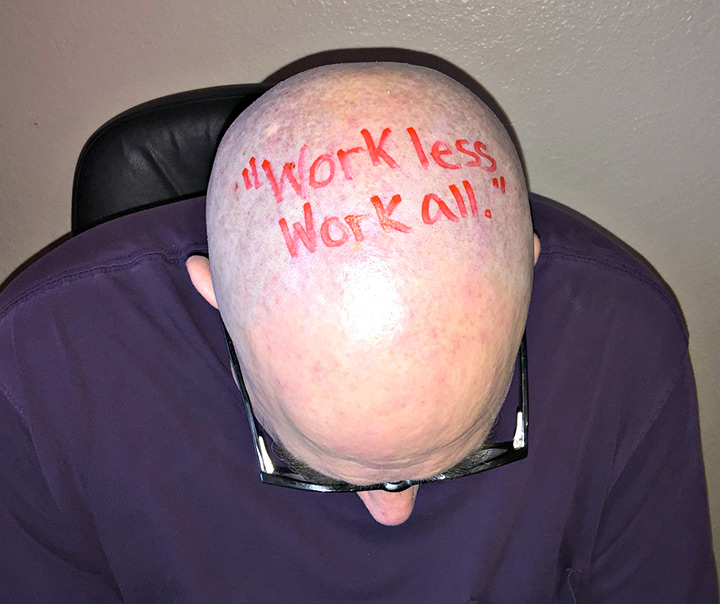 Would you like to tell us about the work you presented for the online space LinkCabinet?

Link Cabinet is a space connected to the LINK Centre for the Arts of the Information Age, which presents artists’ projects in the space of a single web page. My work, Work less, work all – we are the 99% on Fiverr.com,  continues my research, ongoing since 2013, into the new frontiers of art in the age of Internet and the cloud. Through the Link Cabinet page, I present veritable ready-made pieces taken from the new settings of digital capitalism: these are paid performances, commissioned for 5 dollars each from creatives and freelancers – men and women – from all parts of the world through the crowdsourcing platform Fiverr.com and sold on at the same price as a performative artistic act. The online performances – which reinvent the concept of body performance using the bodies of workers all over the world – document the places and the conditions of so-called “digital labour” and represent the humiliation of the world of work and its imagery. The title itself, Work less, work all, is taken from the famous slogan, much in vogue during the time of the great battles for workers’ rights. For someone like me, who grew up in the enthusiasm of Internet utopia in the 90s and 00s, it’s hard to admit this, but rather than a tool for brotherhood, the Internet has increasingly become a device for perverse competition among peers. 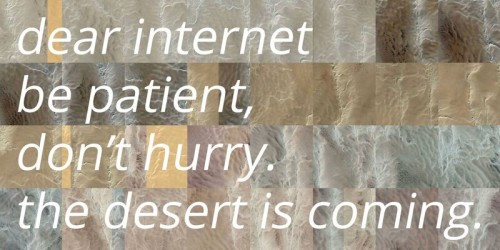 In recent years, in parallel with the net becoming a physical presence in our lives, there has been an increasingly insistent movement to visualise and legitimise a territory for it. I’m thinking, for example, of the Internet Pavilion created by Miltos Manetas at the 2009 Venice Biennale. What’s your position on this?

I don’t believe in the territory of Internet as a signifier of identity and legitimisation of its own existence.

However, it’s certainly true that there are increasingly frequent events which combine the presentation of works via URL – Uniform Resource Locator, the famous sequence of characters that unequivocally identifies an internet address – with the acronym IRL (In Real Life), referring to museums, galleries and venues more or less designated for artistic activity. This tendency to translate and transpose a work based on new media and then crystallise it in a more traditional form, such as digital printing, on-demand books, video documentaries, for example, is a need that arises from the fact that the rapid development of technology tends to render enjoyment of the piece itself obsolete. Not to mention that the physical presence of a work conceived and designed for the web, rather than legitimising its existence, is also a way of transporting the concepts and ideas behind it to a different setting than the online community or the various festivals of New Media Art.

at The Wrong Biennial (in)exactitude in science Pavillion, curated by Filippo Lorenzin and Kamilia Kard