Today, the conversation between scientist and artist Luigi Pagliarini and Giorgio Cipolletta continues.
The project #restaCorale (#stayChoral) and the Choral Art Manifesto widen the gaze to the future of art and life (Please view here Part I of the interview).

Giorgio Cipoletta: Could the Choral Art you are talking about represent a new definition of the state of the arts or an aesthetic experience?

Luigi Pagliarini: I hope so, but it’s difficult and it’s too early to tell. You see, Giorgio, I would immediately contradict myself with any statement I make. Those who profoundly believe in the ideas of ecosystem and community cannot (any longer) indulge in such luxury. Rather, they contribute and that contribution will evolve, have value or not, depending on the contribution of others, of contemporaries, of cohabitants. The result of this synergy could be a wonderful evolution in the enchanted world of the Philosophy of Ideas or an equally wonderful cognitive extinction of the same. Choral Art was conceived with this objective in mind. 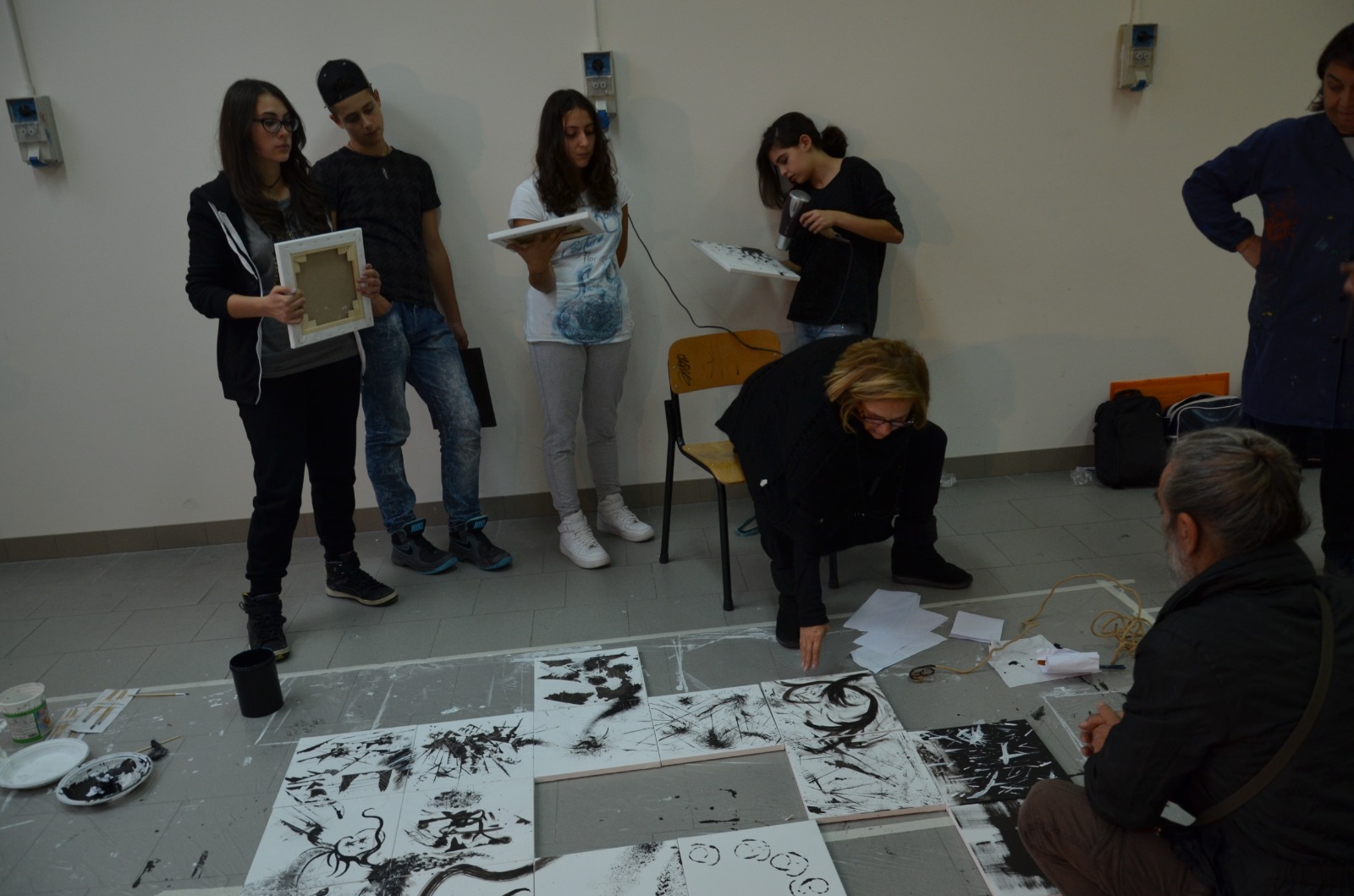 How did the project develop and how hard was it to harmonise all the proposals received?

Trying to evolve always requires great effort. This is because evolution develops with the erasure of aesthetic, cognitive and often mnemic, affective and emotional principles. This is because it is both an interpersonal and intrapersonal test. However, this time, it was even more so because I had to communicate to my students the exact opposite of what I have been preaching for decades, that being artistic is characterised by the manifestation of absolute freedom. On the contrary, this time I had to contradict myself and pronounce the prophetic “you can within certain limits”. Fortunately, they understood me! And they probably understood me because the physical limits of lockdown appeared before the artistic limits. This confinement, awakening in all of us an ecosystemic and choral consciousness that, there’s no denying it, has always belonged to us but, let’s say it openly, in a superficial way! More a thought, more an ideal, more a utopia than behaviour or fact.

What will this new moment produce from your point of view?

I don’t know. I’ve said this before and I’ll say it again, with more force if it’s possible. The most beautiful aspect of biological intelligence and what distinguishes it from any artificial phenomenon is its ability to express, experience and live with doubt and uncertainty. What no algorithm can ever do for long, at least not long enough. So, actually, my first answer is wrong. It’s not that I don’t know, I just don’t want to know! In fact, the art form I’m proposing is an action rather than a real thought or, better, a form of reaction. Nothing else.

What form does this reaction take? How does it move? Is it a performance?

For now, I can discern the power of individual gestures and the multiple creativity that is being triggered before my eyes. My students, about 150 or so, have grasped the whole point and sent me more than one potential solution for every single project. I’ve seen them, like passengers boarding public transport, trying to arrange themselves in an orderly manner, an order that allows their identity the space to breathe and, at the same time, respects the social environment they are moving in. And, yes, perhaps all of this is exactly a performance – not exactly a performance as such – but which maintains the traditional features of orchestra, dance and theatre in a space that is a non-space, if not the creativity of form and gesture.

What will this ecosystemic humanity consist of?

I hope that before engaging in actions, this humanity will truly and seriously decide to be both human and ecosystemic. That mankind will renounce both large and small egoisms, narcissisms and the many potential whims typical of uncertain, frightened and terribly insecure people. I hope that a form of allocentrism will emerge, significantly enough to quickly erase the most deep-rooted of all evils surrounding us: cultural anthropocentrism. 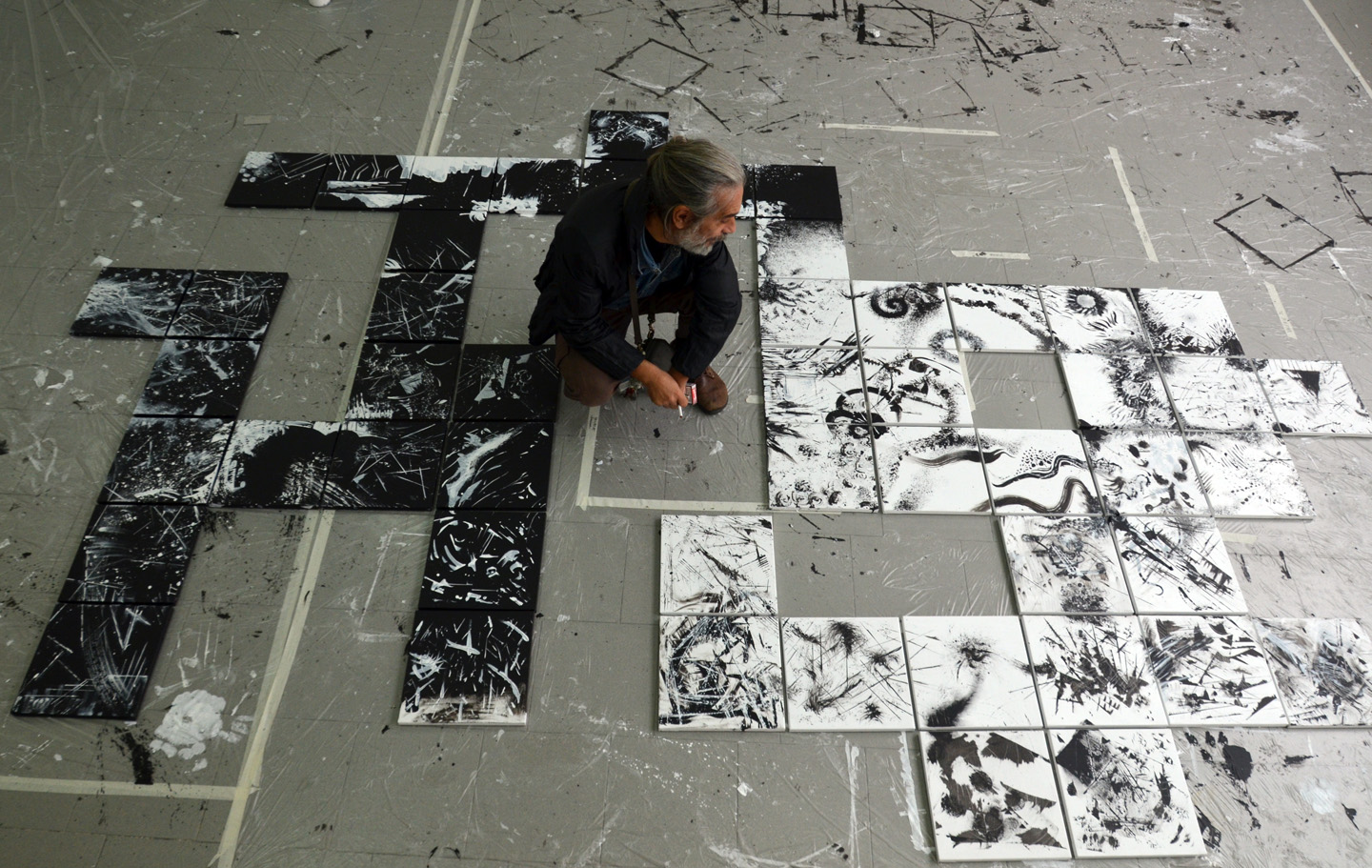 How do we see this form of allocentrism emerge?

I believe that a Choral Art project, in itself, already provides various indications and perhaps even arises from this descriptive need. I think the first step is precisely to avoid making too many predictions and giving too much space to expectations and, vice versa, to let the systems configure themselves. Perhaps a good strategy is, therefore, to start from one or more initial, quite pretentious, rules and somehow resign ourselves to the fact that dynamics and a sense of being emerge autonomously, avoiding forcing our hands. For too long things have been diverted by egocentricity and anthropocentricity. I understand this and it’s natural, the energy waves coming from the universe have always been scary and they’ve always been used as a leverage for all human neuroses, anxieties, fears and phobias, but in order to manage them, they must be overcome in their entirety. In short, we must avoid configuring or pre-configuring the future and live it without prejudice, dynamically.

It’s only a starting point but it’s very clear.

So, could this ecosystemic consciousness then represent the flame for this choral art? A new world view?

I hope it’s more than a flame, I hope it’s one of the sparks that generates it. I have long since given up the concepts of “Deus ex machina”, “key man” and even “key event”. For heaven’s sake, not that there is no excellence among human beings, as there is no lack of triggering events, but any intelligence, as well as any spark, can’t generate that flame of which you speak in the absence of organic material ready to generate it. Allocentrism is an awareness of this. 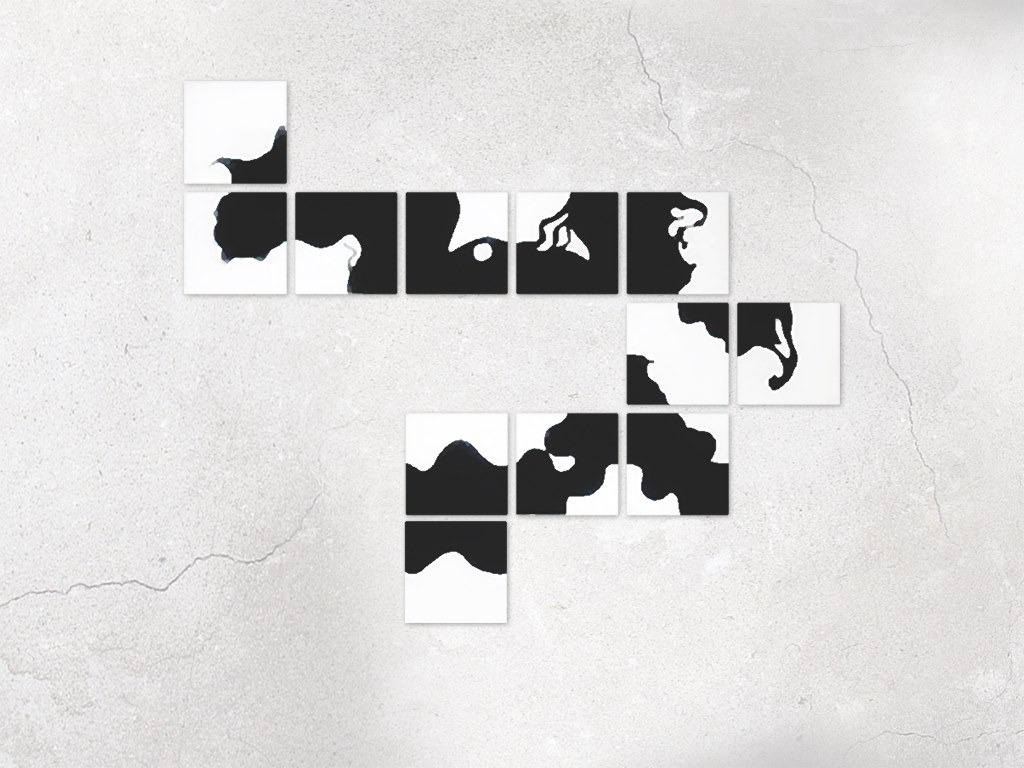 Luigi Pagliarini greets and gathers time, annihilates its relative meaning and then builds a biographical path within it composed of meetings and dialogues with friends (those of yesterday and today, together with those physically lost [1]), thoughts and projects, all with the purpose of weaving the transcendental essence of discovery, where time, in fact, shuffles its cards, kneading them with the precious ingredients of lives spent, suspended and always in tension.

And it is discovered with wonder that this living mosaic really works and it comes alive in its floating, pulsating wanderings right to the end and beyond. You can feel its polyphonic rhythmic harmony, an infinite breath that becomes almost a shamanic rite, continuing even when the puzzle is resolved, opening up to other imaginaries that journey, and eventually transcend, in the chorus of lives. A choral mosaic that belongs to and retains the exceptionality of time and beyond, because as Pagliarini himself – creator and curator of this infinite choral work – tells us “it is time itself, a time that wraps itself in itself and then expands, to stir all possible times within a single imperceptible instant”. [2] Pagliarini has known how to take care not only of the other that has become a polyphonic choir, but even of time itself and its infinite melodies.

[2] Personal conversations with the author.

*Giorgio Cipolletta is an Italian artist and perfomer, a new media aesthetics researcher. After a degree in Multimedia Publishing and Communication, he was awarded a PhD in Information and Communication Theory in 2012. He is currently a Professor at the Visual Art and Technology Laboratory at the University of Macerata (UniMC). Cipolletta’s first publication is a poetry collection “L’ombra che resta dietro di noi” (The Shadow that Stays Behind Us), for which he has received several awards in Italy. In 2014 he published his first work of non-fiction, Passages metrocorporei. Il corpo-dispositivo per un’estetica della transizione (Metrocorporeal Passages. The body-device for an aesthetic of transition), eum, Macerata. He collaborates with several national and international journals.

The author would like to thank in particular Rossella Ghezzi, Matteo Catani, Maria Letizia Paiato, Paolo Pagliarini, Federica Pesce, Marita Cosma and Joy Fiaba Gabriele for the fantastic support given to him in the realisation of this project and, more generally, all those who have constantly believed in its artistic value, always encouraging him. And you too!