Arshake is pleased to publish the interview to Nora Al-Badri and Jan Nikolai Nelles, authors of Fossil Futures, which results from research (funded by Haus der Kulturen der Welt), at the Tendaguru Beds in Tanzania, a former German colony that was the site of systematic excavations of dinosaur bones during the colonial era. The project is part of  «Not a Single Bone», the first solo show of the duo, currently on view at NOME Gallery in Berlin.

From Dinosaur Bones to The Other Nefertiti, your work investigates the ways of building collective memory and consciousness from artifacts as well we issues related to ownership and originality . To hack Nefertiti and to bring the copy back to Cairo was a strong political act, widening the question of ownership to Cultural Heritage. When talking about making culture accessible, how important it is to provide context?

Nefertiti as an icon stands for thousands of looted artifacts mostly from the global south. It is evident that iconoclasm and looting cultural heritage has been done long before modern times. With our practics, we strive to find new ways to question, undermine or reroute the dominant narrative and to create a public discussion about it. We are certainly criticizing the German institution for not being actively transparent towards the audience of the violent context of their centerpieces and for shutting down most debates about the colonial entanglement of the museum’s collection from which they are apparently profiting until today. Since museums institutionalize history quite literally, it becomes a political shame that these cultural institutions are not empowered enough to act on behalf of the historical truths of colonialism. From a digital rights perspective, most museums are acting as gatekeepers to cultural means and its digital derivate, as well as reclaiming the interpretational sovereignty over their collections. By this, these institutions are committing a so-called copy fraud, since all ancient artifacts are in a public domain per se. 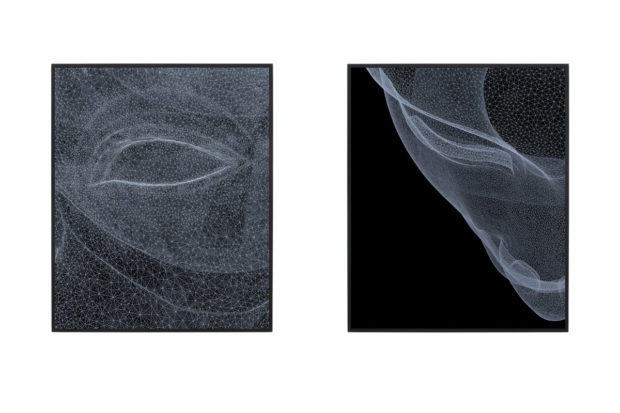 Going through the very interesting catalogue that accompanies the exhibition, it seems to me that not only does your work provides a context, but also it induces consciousness about the subjectivity of context, a subjectivity that is often hidden behind the unquestionable truths of science, history, etc….

Yes, we are asking ourselves if the belief in scientific facts, as a kind of orthodoxy, is the reason to ignore alternative sources of knowledge and data. Our impression is that our societies are collectively in the urge to ask these questions. The post facts are on a raise and people in power are laughing at western scientific knowledge while the modern world considers themselves to be built on it. For decades the dominant power structures brought a hyper-reality into place by establishing what is called perception management and it feels like a massive mass distraction. The fact plays the role of the anchor to the solid ground of knowledge which seems right now more important than ever, yet we should still consider questioning the order of that knowledge and its moral implications.

Scientific evidence for global intoxication, climate chaos is available even to the public, we all could know, if we want to, but the issue is not properly targeted. Despite all these knowledge, proudly stored in archives and libraries, we are collectively committing an ecological suicide (ecocide). It seems that in the order of our western scientific knowledge has become a hierarchy of facts without wisdom. Fossils Future endeavour is based on this hypothesis. 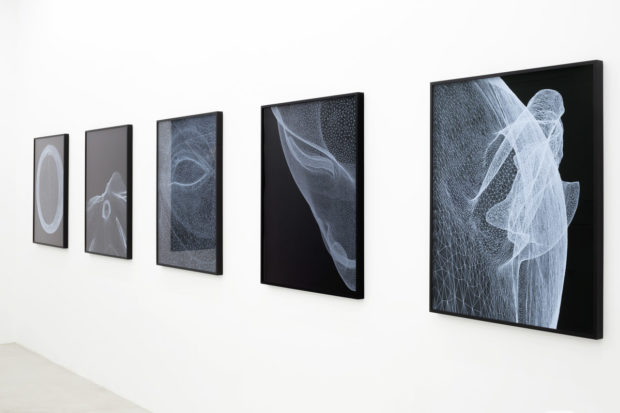 We aim to ask questions about indigenes data, communication technologies and art as synergies to create impact. The case of Tendaguru is particular, yet a good example for colonial entanglement, western natural science ignorance towards other cultures and their knowledge. The site and the finds are well researched since hundred years from a natural science perspective. But what is blatant and symptomatic that no one ever asked those people living around the site about their relation to the fossils. During our research, we learned about spiritual and healing practices carried out by the villagers until today by using the site and the fossils. In the past Tendaguru was a sacred place to the community, where people would go to when there were calamities to do rituals. The knowledge which was entrusted to us, we cant just present in Germany, but we aim to create value on the site itself and for the community themselves. 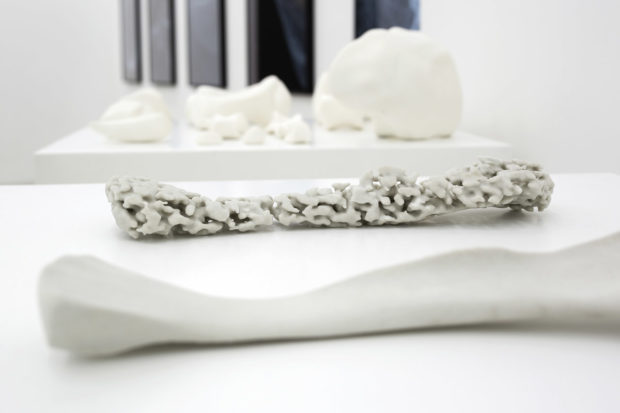 The local community is very aware of the fact, that the German institutions as a continuation and institutionalization of colonialism are still profiting from the looted resources acquired under unjust conditions shortly after the infamous Maji-Maji war. The grandparents of the people of Miangala (at Tendaguru) were involved and exploited in the excavation process and passed their knowledge and accounts to their children and grandchildren. Today, the local community is longing for justice and a space where the injustice of the past and presence can be articulated and discussed with a wider audience. One result of the research in the Tendaguru area on the topic of the fossils was, that the local community of Miangala commissioned us to bring back the bones in an artistic way and to find alternative ways of bringing the locality to live again. We can talk about this at a later point because this is what will happen in 2018. 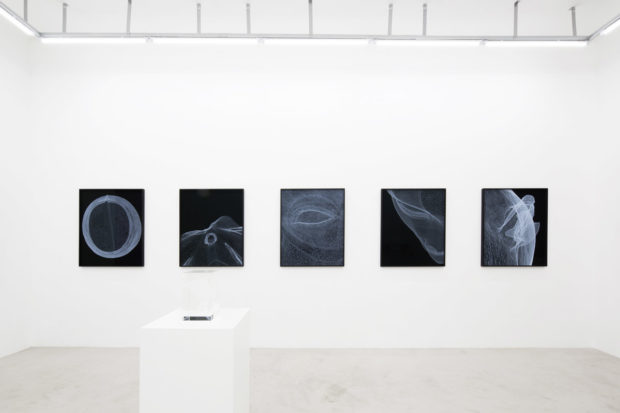 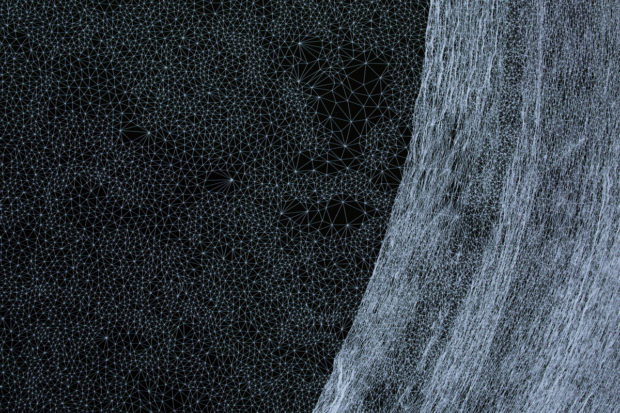 Even if you have never revealed details of the operation, how relevant was the act of hacking to you in the whole operation?

We are aware of, and we choose a particular artistic popularism as a method. Like a curator once told us regarding the disputed facts around the NefertitiHack: “I rather deal with an artistic lie than an institutional lie.” And of course, it is important how to tell a story. Provocation is in our opinion legitimate if it leads to something beyond itself.

You realized The Other Nefertiti back in 2015. What was the most interesting reaction you had received as a public response?

The thousand of remixes, they showcase the relevance of data and the fascination for ancient history if publicly accessible. 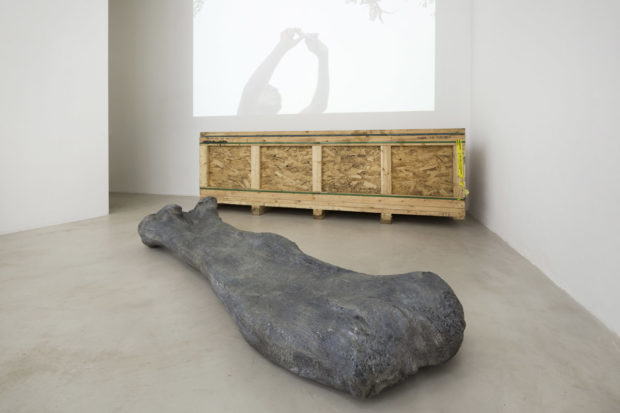 Questions of ownership also relate to life, in the merging of organic and non-organic life (genetic engineering, etc.. ). What is your position in this regard?

After talking about ‘Cultural Fracking’, as a tool of identity politics by nation states. You are pointing in the direction of land grabbing, commodifying species, lifeforms and nature itself.

Not any more nation-states but multinational cooperations reclaim intellectual property a cucumber. We collectively know that it is a fraud, but it is happening anyways, and by this, a ‘Hypercomodity’ is created. Bio-politics is the next tool of power, but we are not experts in this topic.