Digicult is a platform created by Marco Mancuso in 2005 to develop and intersect creative theories and practices on the borderline between art, science, technology, design and society. Most importantly, it is an independent network reality that appeared in Italy at a time when interest in these forms of creative experimentation, and in the dialogue between art and science in general, was just beginning to take shape. Scholarship focusing on these subjects is now proliferating but, at that time, it could be counted on the fingers of one hand. Information was sourced directly from blogs, mailing lists or personal conversations with artists, mostly in English. Digicult has thus become a reference point for these topics in Italy, covering a very broad time period and cutting across disciplines.

Today Mimesis Edizioni publishes a volume edited by Marco Mancuso that gives a printed version of the platform, bringing together a selection of essays and interviews with several of the authors who have collaborated over the past fifteen years, all authoritative voices in their respective fields of study. 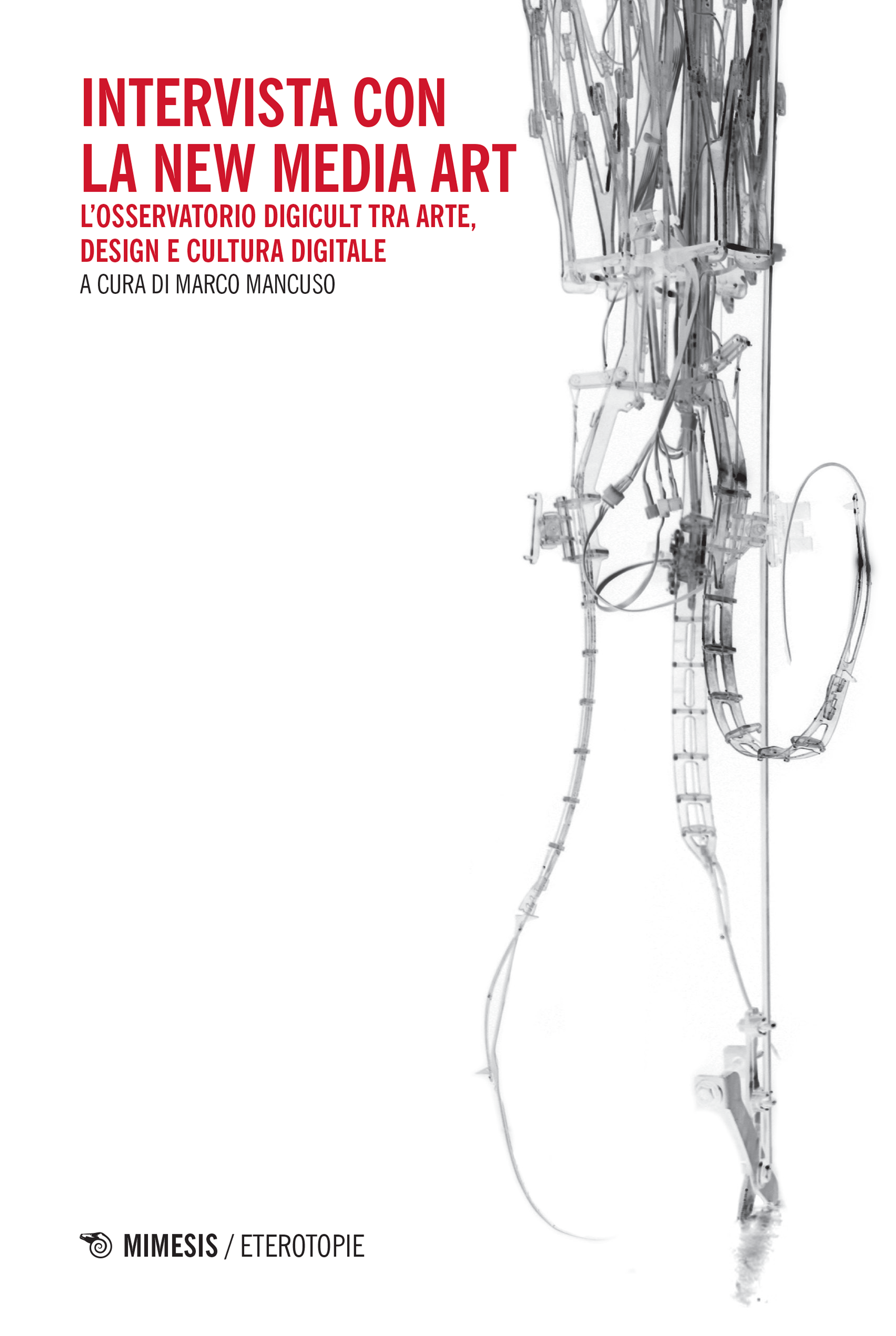 Sometimes you think that a book “boxes” topics, constraining them. This may be true in some cases. In this case, however, the book encloses the topics in a container which, through its very form, opens up to something else: to an overview that crosses disciplines and time periods; to the curiosity of those who are outside the perceived specificity of the sector. We realised that these forms of experimentation took us straight to the centre of the world. In fact, these experimental paths reconstruct important traces of the many lost passages of this great transformation of life, in which we were suddenly catapulted into the present era, prompted into consciousness by a traumatic event, that of a pandemic. With a spontaneous impulse linked to a creativity that comes ever closer to research, artists have explored all those parts of the world we only see superficially, with uses and consumption dictated by companies, rather than by ourselves and our awareness.

Let us imagine that even those who have sometimes spoken of these forms of expression in extra-artistic or extra-academic discussions, or have adopted these as ‘exotic’ projects to embellish programmes with some innovative trends, are now able to recognise their centrality.

All the more reason to emerge from the niche. Interviewing with New Media Art is an excellent tool for achieving this through the voices of artists in interviews framed by areas and disciplines which have been introduced to the platform by industry experts and active contributors: art and network, software and coding, cinema and audio-visual works, sound and music, performance and theatre, design and DJs, architecture and public spaces, as well as aspects that closely link this research to the relationship between art and science, activism and society, culture and markets.

The platform, now at a key moment in its fifteen-year existence, has crossed the threshold of traditional publishing and emerged from its warehouses as an ‘alternative’ project if, once again, we mean ‘alternative’ to the system and, therefore, socially proactive and contemporary. Proceeds from the book will be donated to research on the clinical and social effects of Covid-19, carried out by the Centre for Neuroscience and Neurotechnology, Department of Excellence in Biomedical, Metabolic and Neuroscience at the University of Modena and Reggio Emilia.