The PAV Parco Arte Vivente (Living Art Park), dedicated to earth and nature, has been created in a former industrial area of Turin where it “blossoms”. It is has been completed by the techno-ecological vision of Piero Gilardi, a multifaceted artist working between ecological art and technology, and the founder of Pando, a collective project of production and exhibition of artistic practices in the digital space. Published intermittently in serial format, the research by Marina Cavadini, Gaetano Cunsolo, Edoardo Manzoni, Isabella Mongelli, Isamit Morales, Valentina Roselli, Stefano Serretta, The Cool Couple and Natália Trejbalova will accompany us until late autumn.

“Over the past few months, the art system has been experimenting with spaces for the production and spread of culture, in which the relationship with the public is resolved at a distance, a type of spontaneous and concentrated process establishing a new relationship with the digital. It was one of many challenges – not the most difficult, however – that our sector has had to face in dealing with the urgent issues arising from the current situation. 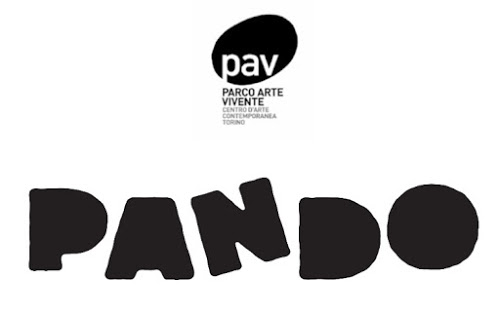 The idea of the Pando project was conceived some months ago, in dialogue with young artists who had collaborated with PAV Parco Arte Vivente in the past. Underpinning the project, there is not an intention to translate works designed to be developed in a physical space into a virtual context but, on the contrary, to develop research or map out new aspects of already existing research, playing with all the particular formats we are used to enjoying online – podcasts, GIFs, short videos that give a nod to YouTube codes and trends, downloadable PDFs and many other re-elaborations of topoi found in everyday digital life. Pando wants to be a virtual exhibition in its own right, rather than an alternative to the physical space of PAV, which has just reopened the gates to its park!

There are various themes, aimed at rethinking the environment, “referring to the question at the basis of Teatrum Botanicum: starting from the idea that the concept of ‘environment’, which seldom lends itself to a univocal definition. The generic meaning of environment as what exists around a given element can be found in multiple fields, from biology to physics, from ecology to information technology. How can we relate to it? »

So the works and the various formats provide a reflection on the spaces we inhabit, our relationship with the environment and digital ecologies. Pando, from the Latin “to extend”, has been adopted by the botanist Michael C. Grant and a group of scholars from the University of Colorado to “christen” a forest in the United States, consisting of a single male genet of American trembling poplar, inspired by the idea of a single growing organism. Now pando lives again in the idea of a single, continuously growing organism.