IOCOSE. Pointing at a New Planet

Italian collective IOCOSE continues its research on Post Fail, revolving its gaze at the New Space Movement, the race for space travel

The IOCOSE collective continues its research into the failure of technological progress. Pointing at a New Planet, explores New Space, a movement that emerged in Silicon Valley to relaunch the race for space travel and the conquest of space. In this 3D video animation, everything centres on the recurrence of a hand, a three-dimensional model of Elon Musk’s hand, one of the movement’s main promoters, with his pointing finger floating in the space surrounding Mars. “By representing Musk’s hand travelling through new territories to colonise, IOCOSE builds a link between the body, its languages and narratives connected to the prediction of the future, connecting vision and knowledge, exploration and control.” The pointed hand and finger often appear in virtual reality, linking the body and its movements inside the virtual dimension. They become ‘tangible’ images of what one wants to achieve. A preview of this project was created for a web version recently presented online as part of INBTWN-In Between, curated by Claudia D’Alonzo online Festival dedicated to the relationship between body and technology. 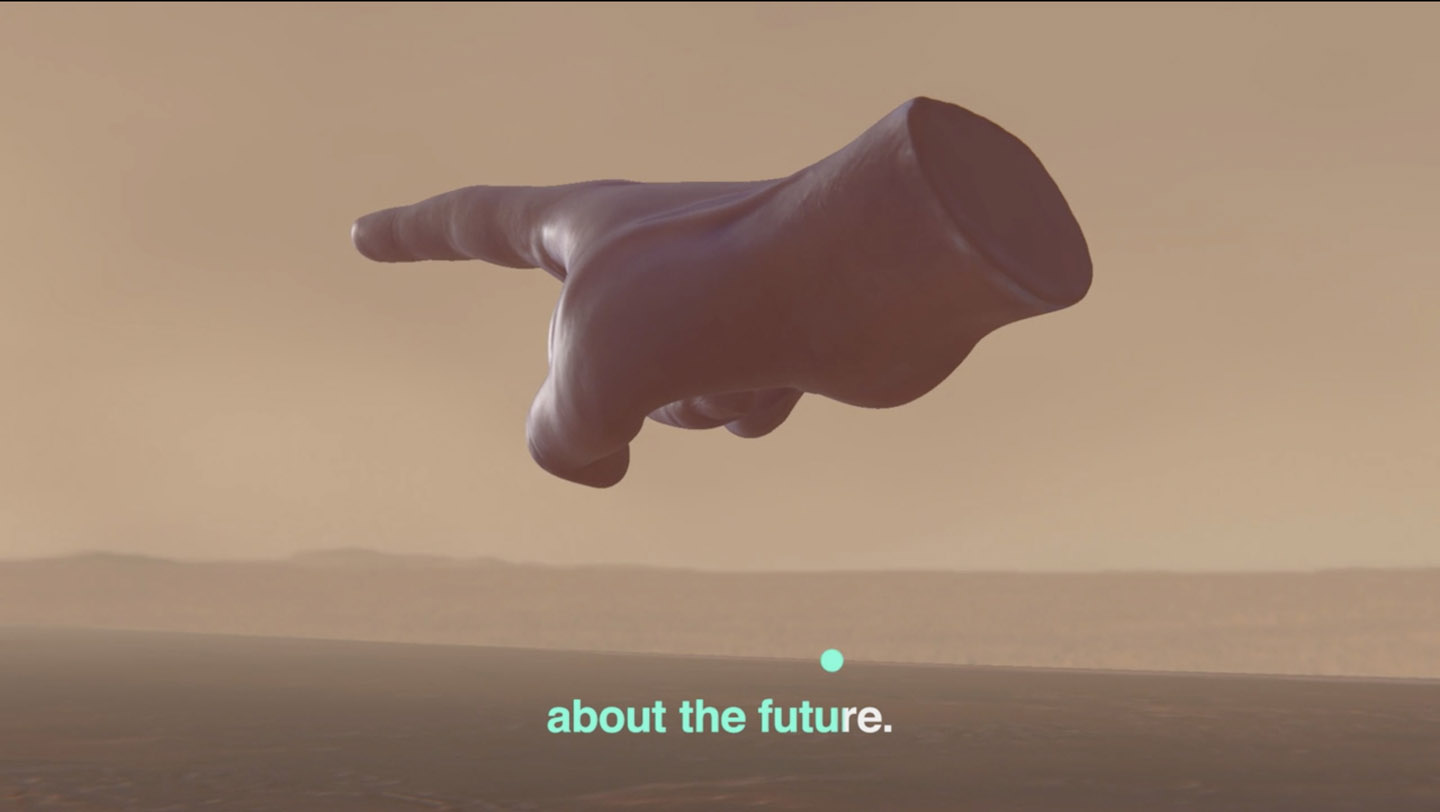 ” The association between body and narration of the future- this is how IOCOSE gets to the heart of the question when answering Claudia d’Alonzo as to why they chose Elon Musk’s proxemics in an interview for Digicult – is found again between the transhumanists, a perspective that finds in Silicon Valley’s rhetorics of innovation and technological progress a fertile ground to spread and establish itself. To transhumanists, the body is a biological substrate that restricts the evolution of the human being and which, therefore, we should get rid of. At the same time, according to a transhumanist view, it is only through a cryogenic preservation of the body, or part of it, that humans can overcome death, awaiting technological singularity. Hence, it is no coincidence that Musk’s hand flying over the surface of Mars is a severed hand, detached from its own body.”

The most famous sentences spoken by Musk become the video’s soundtrack, in the form of a karaoke, making the most of each game’s potential for therapeutic identification. Singing along to words describing space colonisation, devoid of all ethics and principles, can be extremely embarrassing. 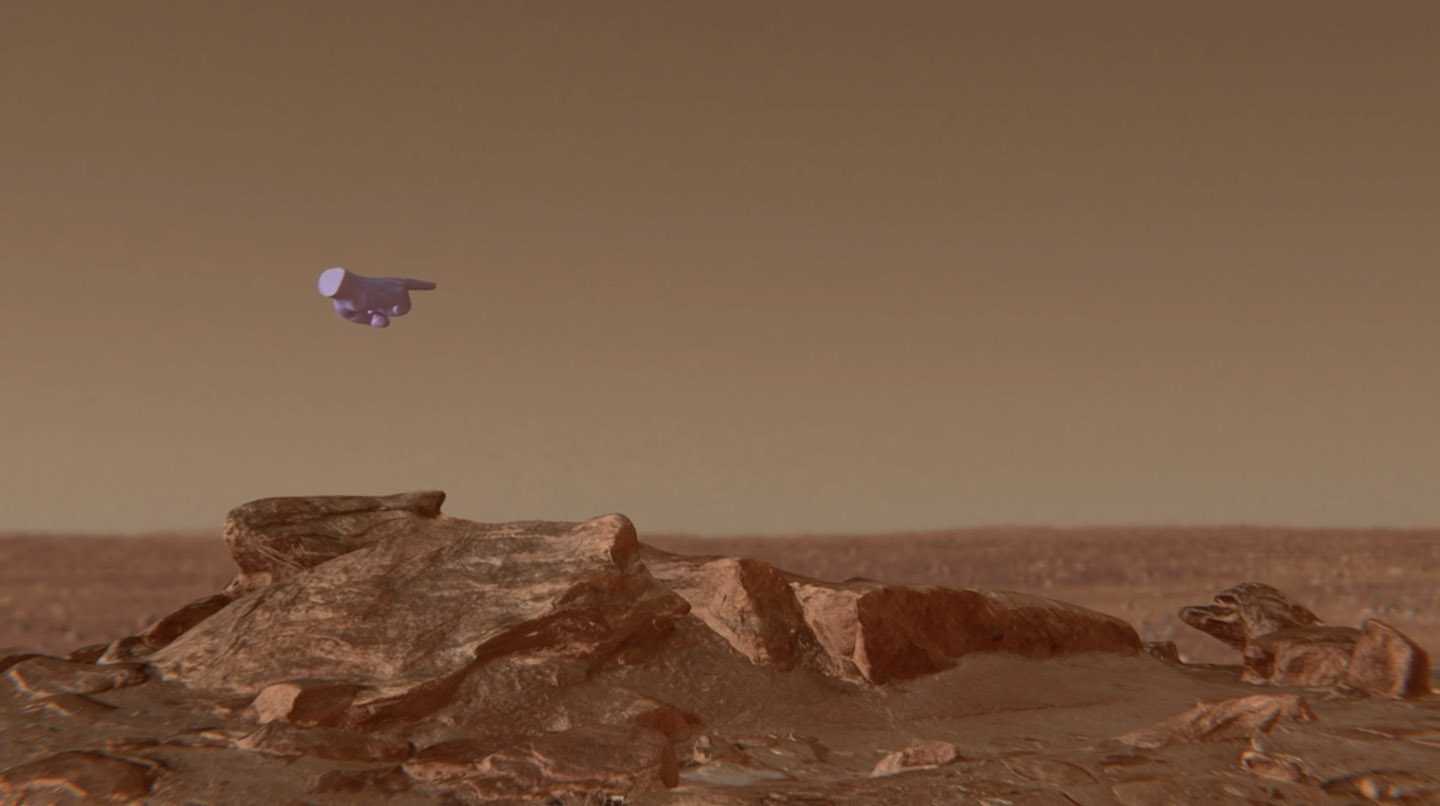 IOCOSE, thus, dispels the myth of the space race. A video lasting several minutes summarises all aspects related to communication, a moment that almost precedes, in time and importance, the action itself.

“If we want to draw a parallel with post-truth – concludes IOCOSE in the second part of the interview, which appears on the magazine cheFare and examines the political and economic issues of the Space X campaign – the NewSpace imaginary is unconnected to its value as truth. There is no need to pretend we landed on Mars. The landing becomes almost irrelevant. What matters is its promise, the ability to talk about it.”

This is a post-truth where even failure, in this case related to launches that are announced but never take place, is monopolised in order to lend the mission its authenticity. Not to mention all this is happening in the field of science, for a long time considered as a reference point for objective truth and today, more than ever, incorporated in the power of language and media.

The video’s web version by IOCOSE was recently presented within INBTWN-In Between, online Festival curated by Claudia D’Alonzo as the second chapter of XL, a new format by Centrale Fies, dedicated to the relationship between body and technology. The video is now available in the archive section of INBTWN-In Between, where is currently on view Ascoltare Attraverso (2020), project by Elena Biserna and Anna Raimondo, «questioning genres through listening». 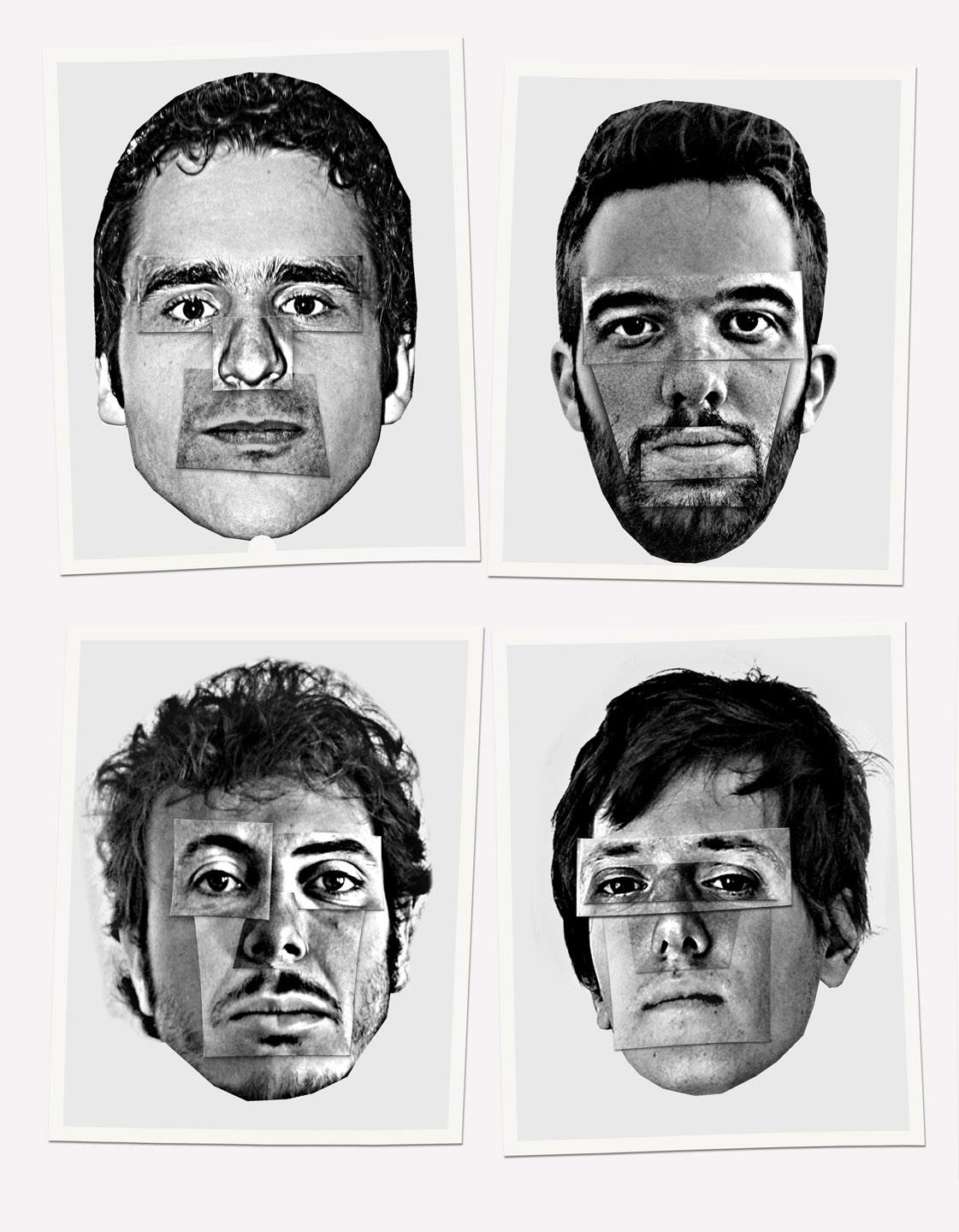