by Luca Zaffarano
in focus, News

The story by Luca Zaffarano begins today and it takes us at the Mori Building Digital Art Museum in Tokyo, in a journey that will last, on Arshake, for three days. This is where Zaffarano met the art interdisciplinary collective teamLab which represents a modern blueprint for a new creative and, why not, business paradigm. This is where the story begins.

Among the main attractions on Odaiba Island on Tokyo Bay are the installations of teamLab’s Borderless, a group of creative talents founded in 2001 by Toshiyuki Inoko and currently represented on a world level by the Pace Gallery. To get to the Mori Building Digital Art Museum, visitors can take the elevated subway line that cuts its way through skyscrapers to then access the Rainbow Bridge which connects the city with this artificial island. There is already a long queue on Saturday mornings when the museum opens its doors to the public.

The teamLab work group is intriguing for a number of reasons. One of the main characteristics is its definition of a creative paradigm focused upon the collaboration among specialists in different fields: hardware and software engineers, architects, mathematicians, painters and experts in computer graphics. The difference between this group’s experience and certain collective experiences that took place in the 20th century is that there are no political or ideological messages behind it. Those messages have been replaced by the full awareness that in order for a creative process to be expressed in its total complexity and with a strong technological base it needs to be thought out and prepared through collaboration. After all, the figure of the isolated and inspired artist – sketches, canvases and paintbrushes in hand – was an obsolete and romantic one that survived much longer than necessary. Well into the 20th century, such an image of the artist had already been fiercely contested by European avant-garde producers artists and proto-designers at the turn of the century. If, during the 20th century, the concept of “art that anyone could understand” was created through the serial production of objects, nowadays the option chosen by teamLab consists in offering a series of hyper-tech immersive environments – a kind of creative playground in which to experience a show at the modest price of about 30 euros. Those who are snobbish need to know right away that this is a place for families and sometimes children react loudly at the wonder of it all. The atmosphere is nothing like the austere one found at a gallery in New York’s Chelsea district. The exhibit space set up with the collaboration of the Mori Building Company measures about 10,000 square metres and there are dozens of environments that are seamlessly blended together in semi-darkness where it’s easy – and even useful – to get lost. 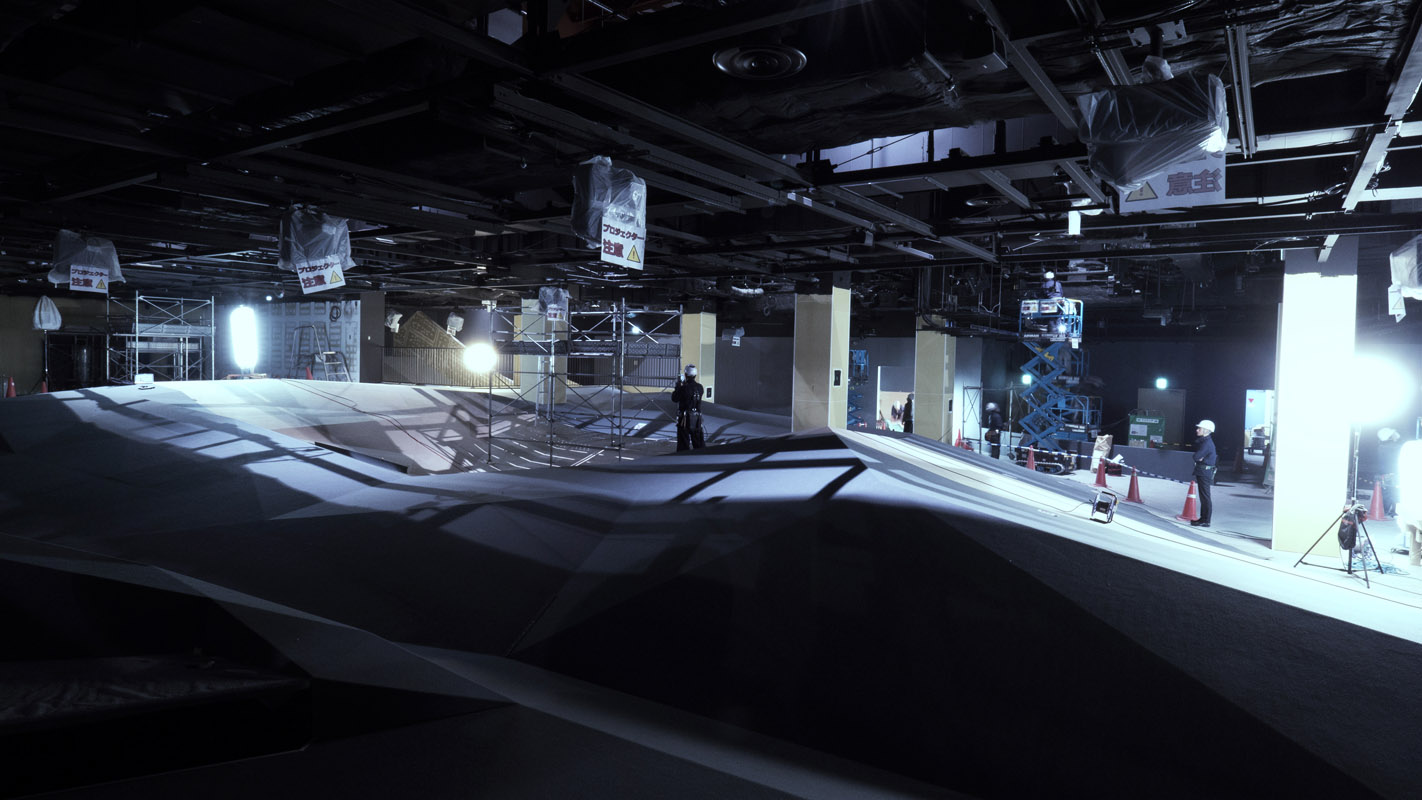 Another relevant aspect is that teamLab uses a business model that is broken down into lines. There are digital services available for companies (its clients include Toyota, All Nippon Airways, TV groups, sports clubs, international brands etc.), support services for the museum itself (website, e-ticketing, admission management with QR codes) as well as digitally certified site-specific installations commercialised by Pace Gallery. It is likely that the sustainability of the Odaiba museum’s activity is based on more than just ticket sales. Services offered to businesses (In the Ginza District alone, there are installations at Bulgari, the Ginza Six shopping complex and the Moonflower Sagaya restaurant), partnership agreements with corporations like Epson, Yamaha, MouseCompute, Hitachi-LG Data Storage, etc., and the income generated by its presence on the art market are also important factors. 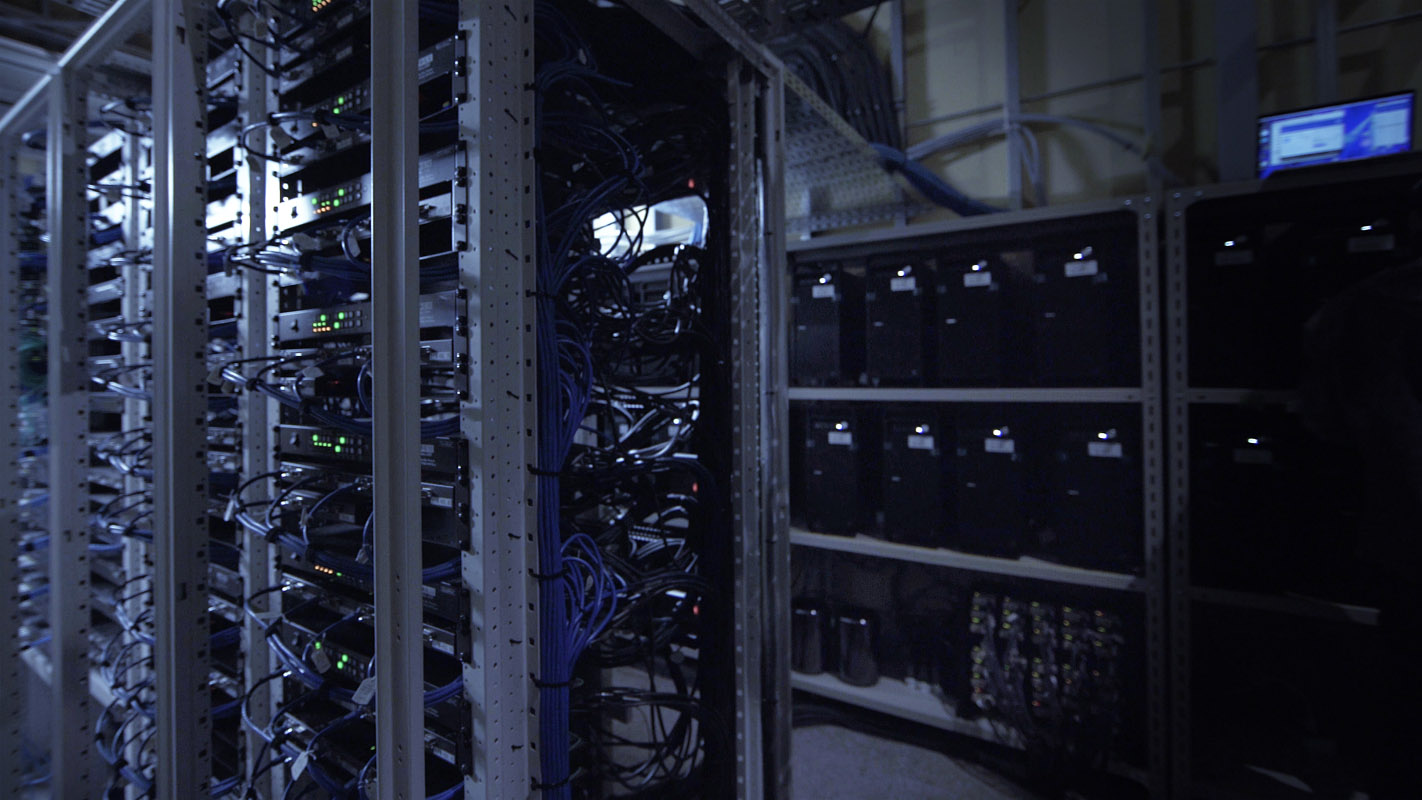 However, the Head of teamLab Communications understandably preferred to not go into detail about these elements when we interviewed him. In order to make its business profitable, teamLab has been structured like a company with approximately 500 employees. Only a portion of these employees are involved in the creative planning of installations since this kind of work is done by groups of about 20 specialists per project. Ken Gail Kato from the Legal Department describes the planning process as such: “In this digital age, whenever you’re creating something, I feel it’s important to have people with a high level of expertise in a variety of fields working and creating together in an interdisciplinary fashion. Although this increases the degree of specialization required in each field, it’s impossible to divide projects up into single, isolated disciplines. This is because it’s necessary to make the boundaries of these specialized fields ambiguous through the process of creation”.

Obviously, the realization of complex projects dictates that the contemporary artist – single or collective – manage specialized skills of the highest profile, coordinate processes and plan methods of return on investments. Offering an event to the general public entails planning, supervision of the workers, interfacing with engineering or architecture studios, management skills as well as medium- to- long-term strategies. All of these qualities are often not associated with the romantic vision of the contemporary artist.