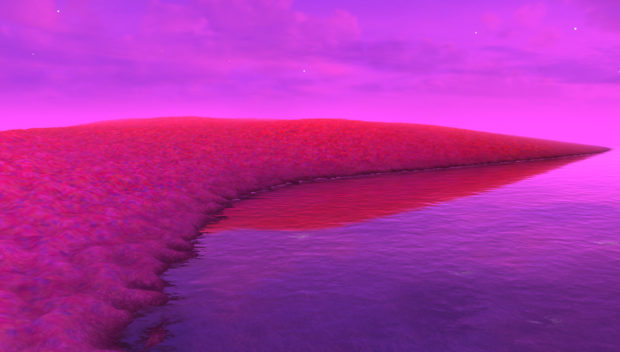 The image is a moment captured from Roger Water, a web based work in VR realized by Stefano Maccarelli for Niagara, set in the generative worlds of HYPERLAND. The landscape portraits a parallel universe continuously generated through the thanks to an analysis of sounds, as the traveler discovers them in real time with the smartphones in in Landscape or VR mode (with HTC Vive or Google Cardboard viewer).