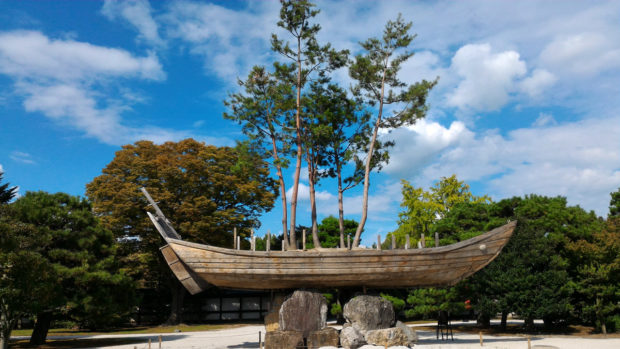 What do a giant fruit tree, a CCTV camera system and an Edo period castle have in common? This is a reasonable question for those who visited “Asia Corridor” between August and October – a collective exhibition produced in Kyoto as part of an initiative to promote international dialogue through art and culture. The aim of curators Akira Tatehata, Mayumi Yamamoto and Hirokazu Tokuyama is to reflect, together with some of the most authoritative names in the contemporary art scene in China, South Korea and Japan, on the concept of space focusing in particular on the progress/tradition dichotomy. 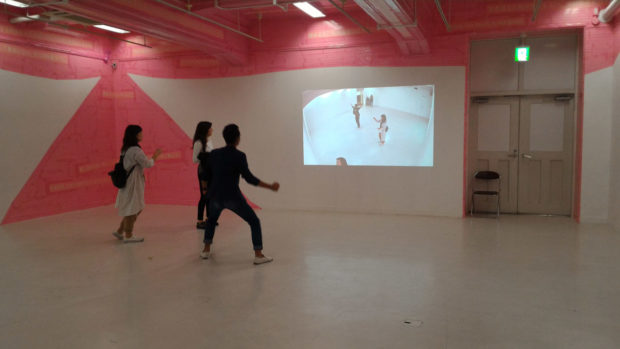 Some exhibitors privilege audio-visual language, such as the collective hyslom, Tao Hui, Yang Fudong and Lu Yang, who enacts a radical critique of the spectacularization process of individuals, the «social window-dressing» which Vanni Codeluppi also speaks about. The installation by Oh Inhwan is surprising and disturbing: a CCTV camera system connected to a projector broadcasts recordings from the same exhibition room on the wall, with a delay of a few seconds, and shines a spotlight on those spaces the artist defines as blindspots, by which he means transition spaces that are intimately public and publicly private.

Possible new solutions, reflecting the need to overcome the conflict between progress and tradition, can be found in the sculpture installations by Aiko Miyanaga, Sawako Tanizawa, Zon Ito, Nobuhiro Hanaoka, Gyon Hyon, Kyungah Ham and Hajime Imamura, but also in the site-specific work by Ritsue Mishima and in the project by the duo Yuta Nakamura and Ken Tanimoto. On this occasion Nakamura and Tanimoto present the last chapter of a work that since 2014 has lead them on a search for small temples – urban fragments that first become photos and then installations – with the aim of redesigning tourist routes in the far East in the light of ecological sustainability. 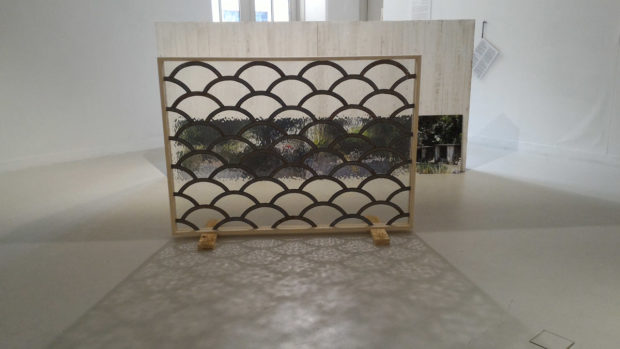 Guo-Qiang Cai, Tsuyoshi Hisakado and Xijing Men have, on the other hand, chosen to adopt a socially and politically critical point of view, while Jeonghwa Choi, Sadaharu Horio + On-Site Art Squad KUKI and Mixrice focus on the environment and natural elements. Finally, the works by Xiangyu He, Kodai Nakahara, Kimsooja, Miwa Yanagi and Kusama Yayoi lean towards introspection, the outcome of research on the body and its movements. 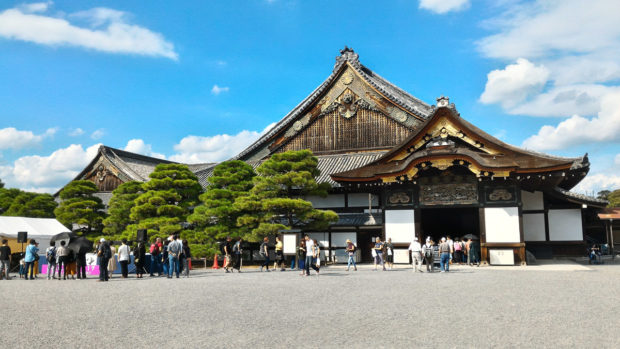 Asia Corridor is, therefore, a choir of polyphonic voices that find harmony through a winning strategy based on the dual nature of the exhibition space: the Nijo-jo, ancient imperial castle on one side, and the Kyoto Art Center, the new cultural venue on the other.