The Mind Traveller is Jon Rafman’s first, large solo exhibition in an Italian institution dedicated to contemporary art. It gathers together a selection of multimedia instillations presented for the first time in Italy, providing an overview of the Canadian artist’s production from 2011 to the present. Using a diversity of languages and mediums – ranging from photography to video and from sculpture to installation – Rafman explores the increasingly blurred fusion between reality and its simulation in contemporary society. He achieves this through works that obscure the boundaries between the material and the virtual, between the body with its flesh and bones and technological replicas. 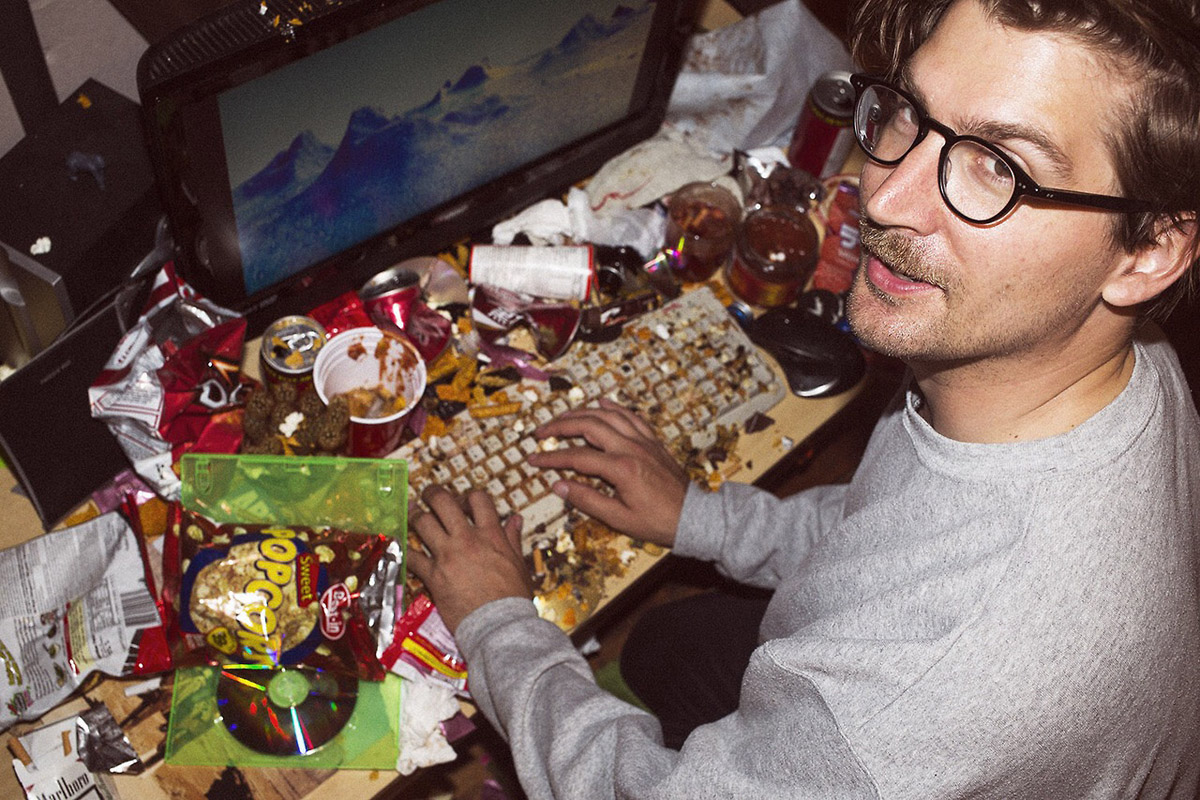 Jon Rafman was born in 1981 in Montreal, where he currently lives and works. After studying Philosophy and Literature at McGill University, Rafman graduated in film, video and new media at the School of the Art Institute in Chicago. The artist has focused, from his early work, on the consequences of using technology on our perception of reality.

To create Kool-Aid Man (2008-11) he was active on the virtual platform Second Life for three years, discovering the innumerable and multiple representations of the platform’s digital “inhabitants” using an avatar that gave the work its name. Rafman refrains from judging or criticising the inhabitants of Second Life because he wants to show how technology enables people to create new representations of self inside an imaginary world, giving them the freedom to mould new identities and iconographies. 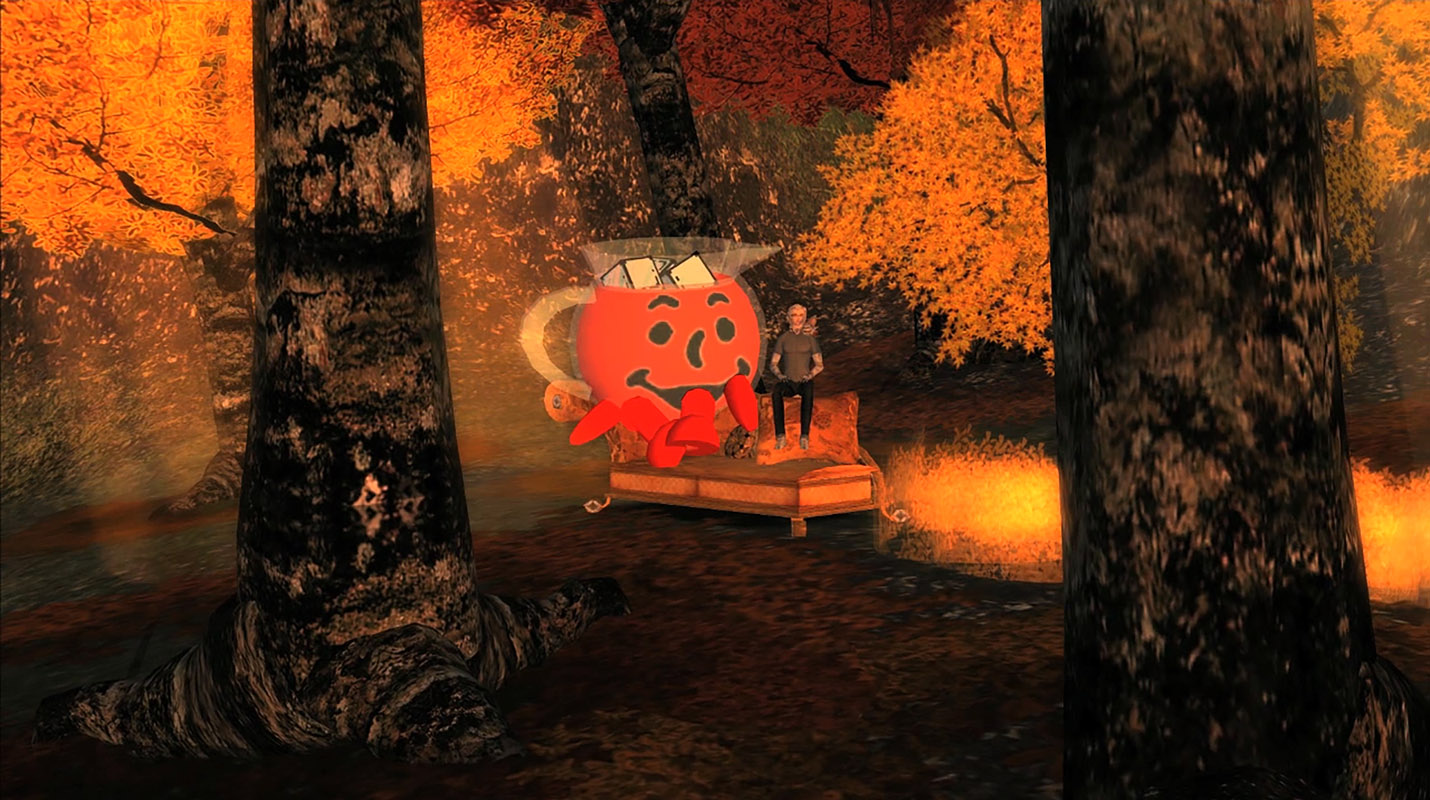 The Internet and its many digital communities were used by the artist as an image archive for his Betamale Trilogy (created between 2013 and 2015), a video consisting of the installations Still Life (Betamale) and Mainsqueezee Erysichthon, both displayed in the exhibition. In the novels by Georges Bataille, the claustrophobic and destructive space of the writing results in the story’s implosion, multiplying the narrative levels and their representations. Similarly, in the Betamale Trilogy videos, visitors get the impression of being trapped in a spiral of estranging and appealing situations. Rafman skilfully represents the ambiguous seductive power of the web, which appears to promise freedom and the opportunity to discover infinite worlds while, in fact, trapping users in a space designed by algorithms and companies that draw data from users to then sell it on. 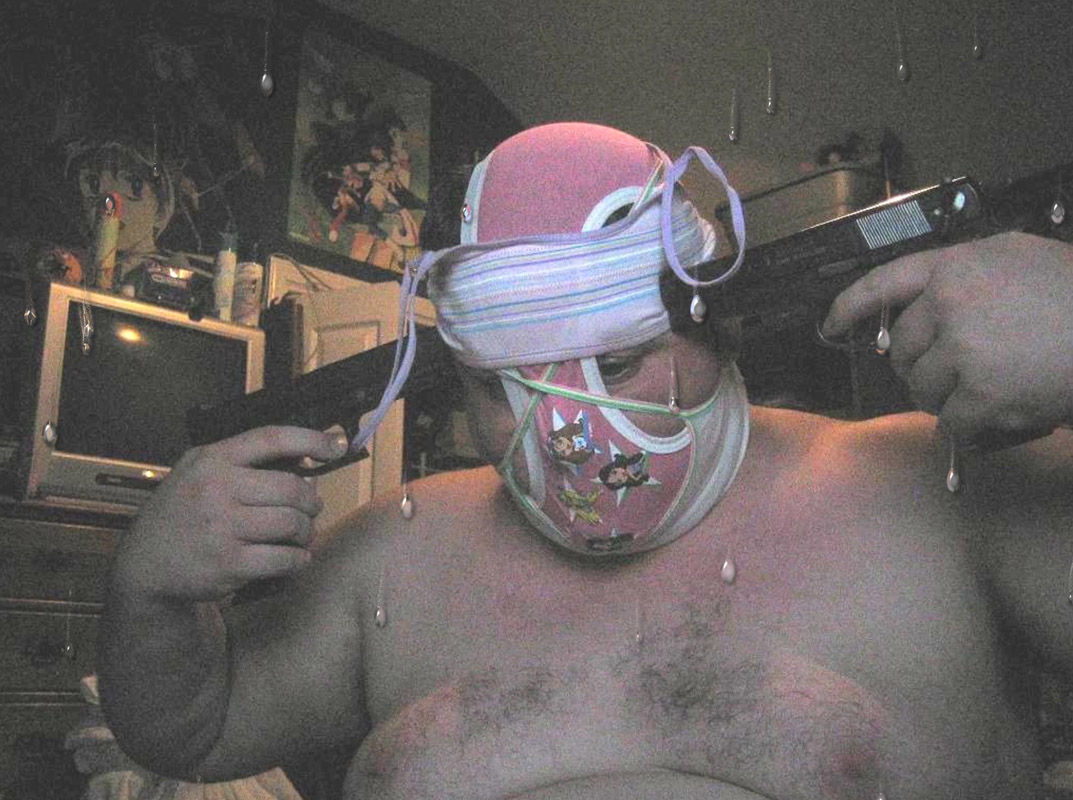 Jon Rafman immerses himself in the online web, even venturing into the most hidden corners of the “deep web”. This has allowed the artist to perform the role of an amateur anthropologist and digital flâneur, investigating the epistemic collapse that has taken place over the last few years, through the erasure of the distinction between the digital and analog world, between reality and its virtual representation. In Rafman’s videos, a poetic and hypnotic voiceover always accompanies his images which are taken from sequences selected from the Internet, video games and online chat forums. 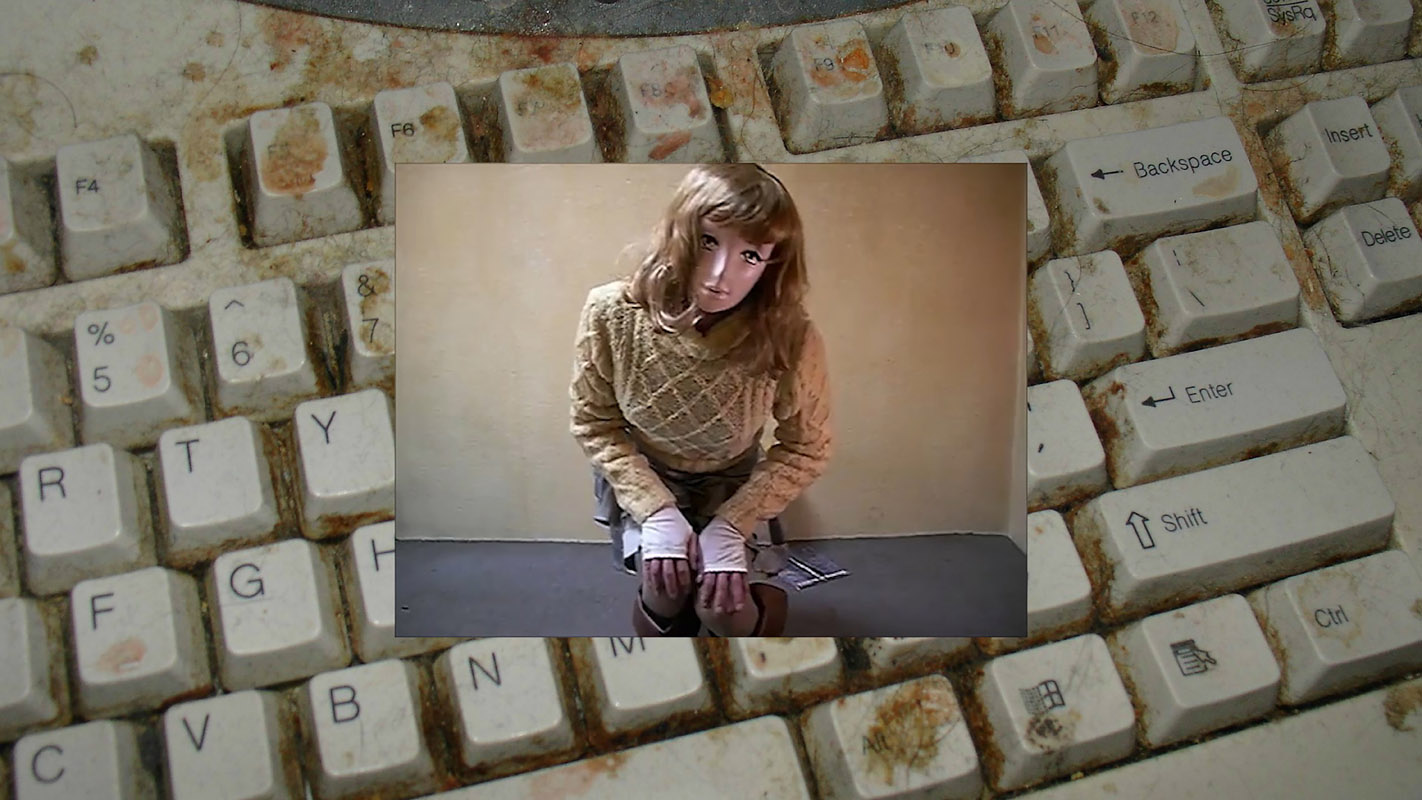 Memory is one of the themes at the heart of many of Rafman’s works. In A Man Digging (2013) consisting of sequences taken from video games, including Max Payne 3, the main character speaks of the inherent changeability of memory, because the latter is an experiential device allowing us to rewrite personal and collective histories. While the narrator drifts away, searching nostalgically for his fragmented past, Rafman guides us along the flashing surface of memory, towards the limits of reality. 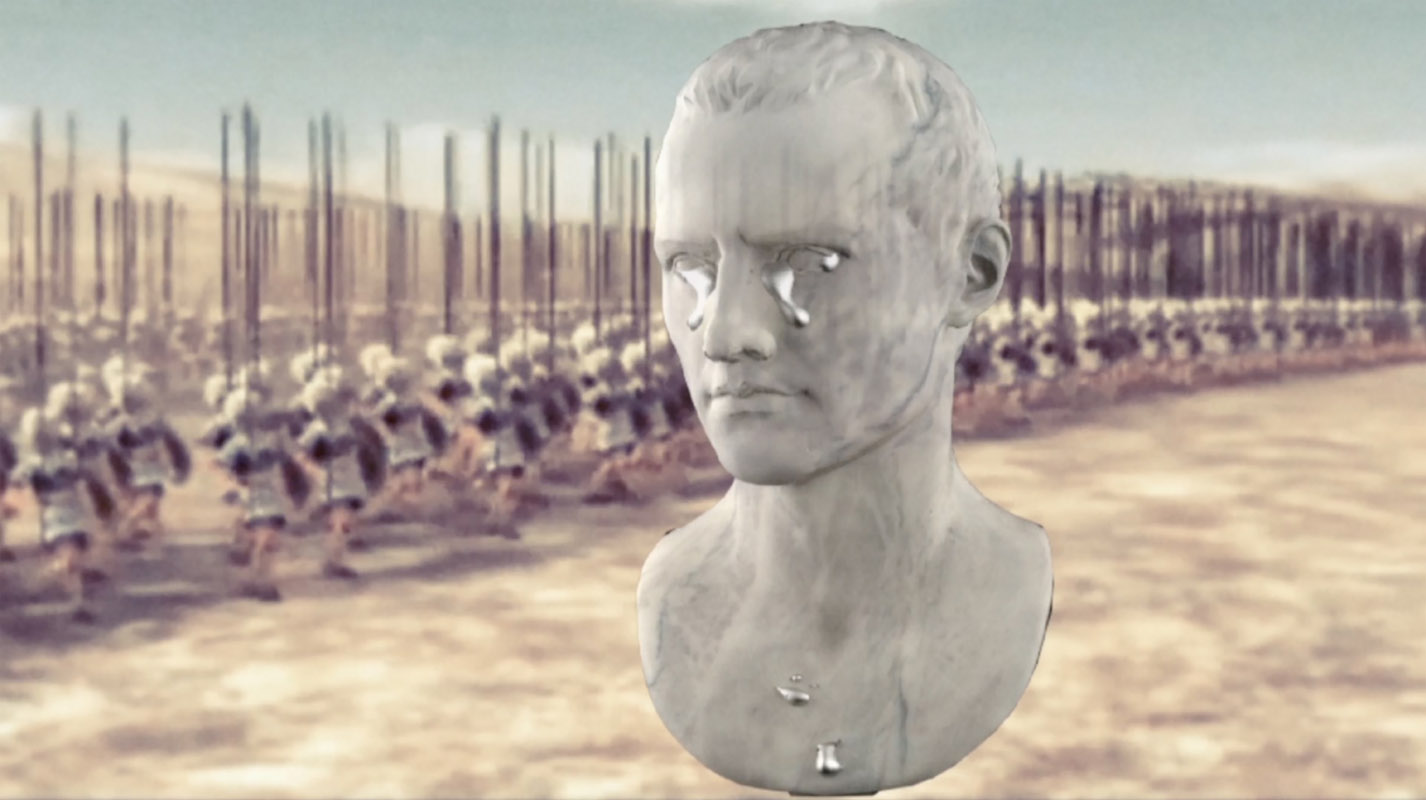 The video Remember Carthage (2013) tells the story of a man who boards a ship heading to Tunisia in search of a city in the Sahara Desert – a city that existed during the age of Carthage. Despite this legendary place being known as “Las Vegas of Maghreb”, there are no traces of it left. In the video, made from sequences taken from Second Life and the video game Uncharted 3, a voiceover meticulously describes the sublime architectural beauty of ancient civilisations. Remember Carthage not only explores the theme of memory, but also confronts the contemporary nature of History because, as a result of modern technologies such as those used for video games and to develop Second Life, even the past can take on new forms and exercise a renewed influence on the present. 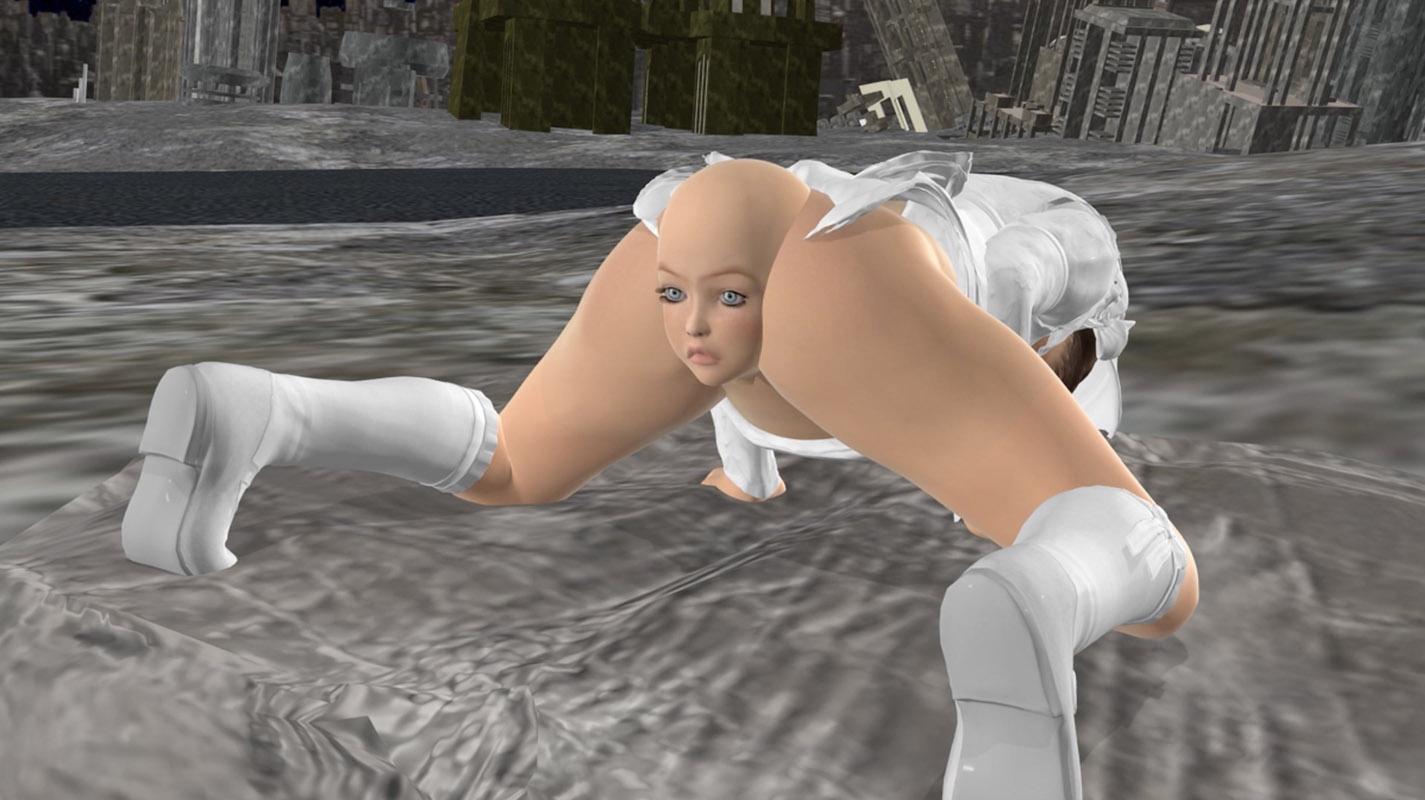 The video Dream Journal 2016-2017, developed from Rafman’s practice of transforming his dreams into video animations using amateur 3D software, is accompanied by a soundtrack composed by James Ferraro and Oneohtrix Point Nevercon, with whom the artist had already collaborated. The two female protagonists – one representing the Millennial archetype, the other a child warrior – embark on a Dantesque journey which soon acquires the features of a dystopian universe. The narrative is interposed by imaginary situations featuring classic epic figures that bring to life a series of dark and surreal situations. This is a visualisation of the artist’s unconscious, intensified through online navigation. 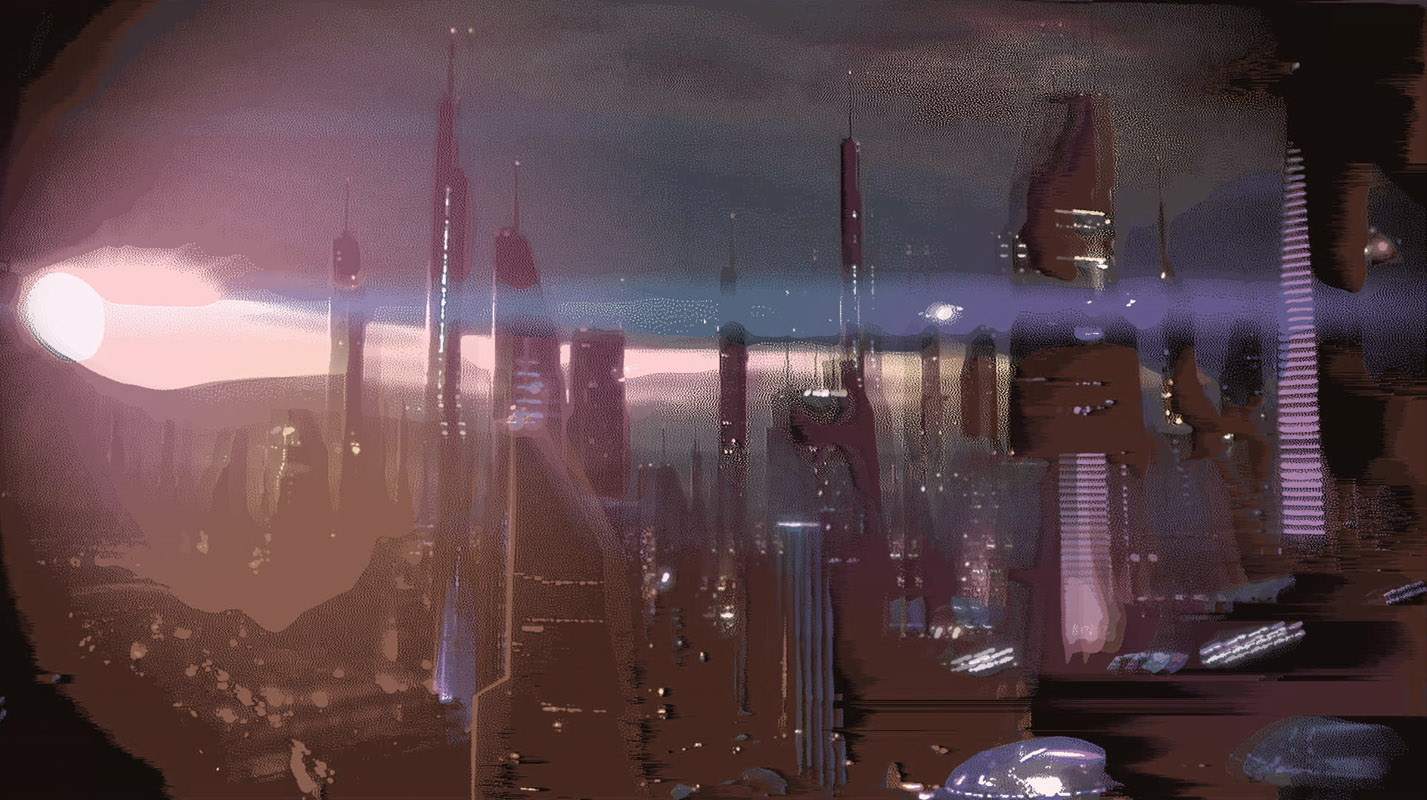 At the entrance of Palazzina dei Giardini, exhibition visitors are welcomed by one of Rafman’s most recent works, Legendary Reality (2017), in which the artist guides them on a journey through “inner space”. An anonymous narrator recounts an imaginary journey through what appears to be a science fiction landscape, but could easily represent what we see on our computer screens, where detailed historical representations are augmented by virtual experiences. (from the Italian press release)