For Romaeuropa Festival: DIGITALIVE18, Kamilia Kard has extended her multimedia research to investigate virtual experience. Kard’s first VR installation,Untitled, emerged from this premise. The artist, an Italian-Hungarian lecturer and curator, plays with the clichés of the internet iconography and situates them in a creative language that includes different expressive forms such as net art, installations and sculpture. 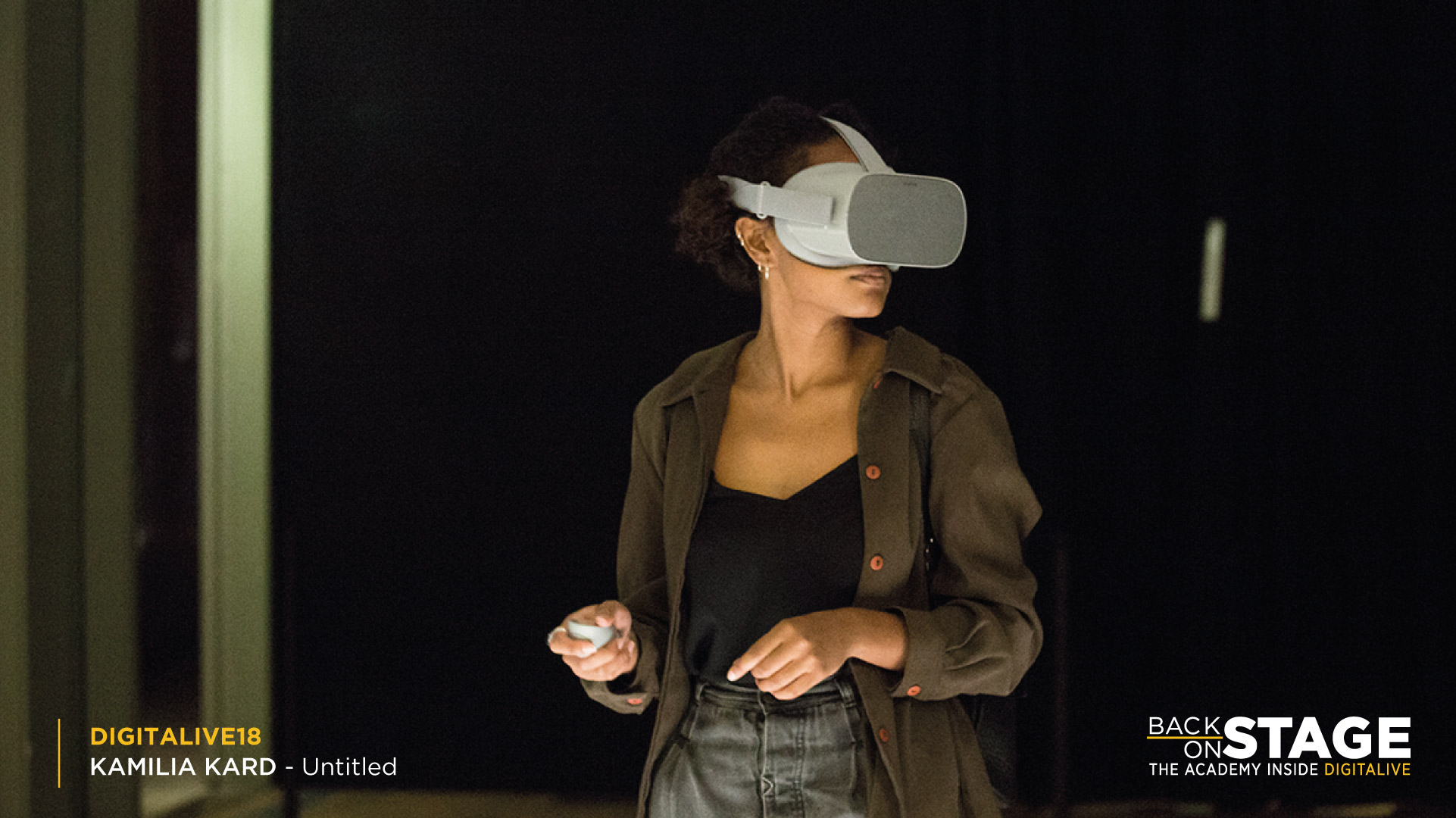 Using the language of digital communication, Kamilia Kard makes tangible a virtual reality in which sculpted busts and other html creatures move inside a VR headset that lends its glass eye to one spectator at a time. While the spectators’ gaze can lose itself in the contemplation of an ‘Other’ world through the headset, a remote control allows the viewer to act upon the environment using, pressing buttons to activate a 3D hand that moves objects, picks them up or throws them. As the guests of the virtual reality lose the sense of ‘actual’ space, their gestures are observed by the public in physical space, and become performance. This double mode of spectatorship creates a space where the real and the virtual overlap producing an uncanny effect of disorientation and doubling. 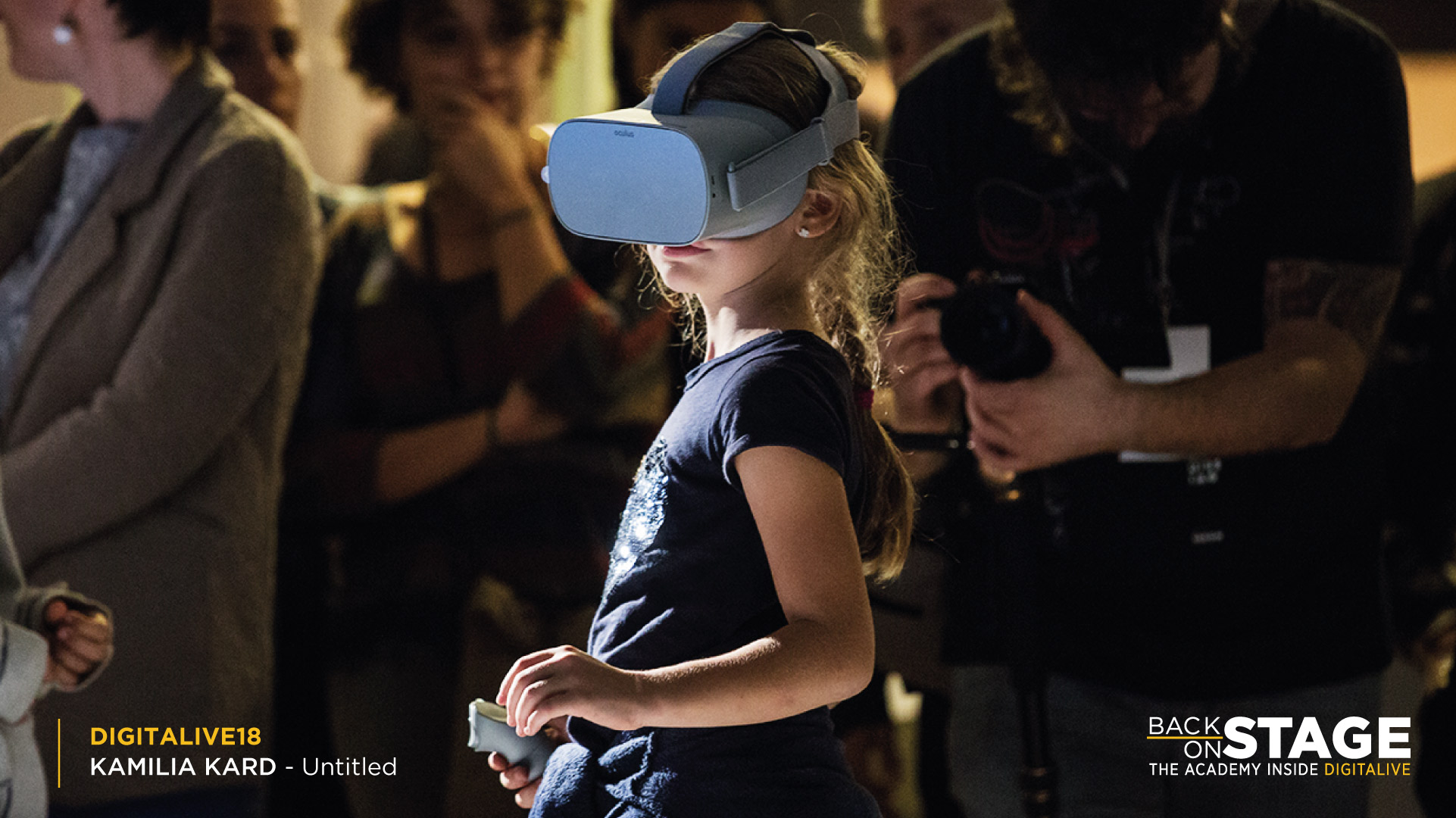 Combining a traditional iconography with a Vaporwave imagery, Kamilia Kard creates a visual universe which alludes to the complex interaction between image and identity in the digital era. Kard challenges and shapes new technologies to investigate notions of communication, relations and visual construction in a world where one’s identity and that of othersis mediated through a multitude of standardized images from social media and various online platforms, presented as sites for the construction of the self. Kamilia Kard’s work unsettles the distinction between the real and the virtual, establishing an unusual perceptionof the self, divided between body and mind, between here and there, between absence and presence. 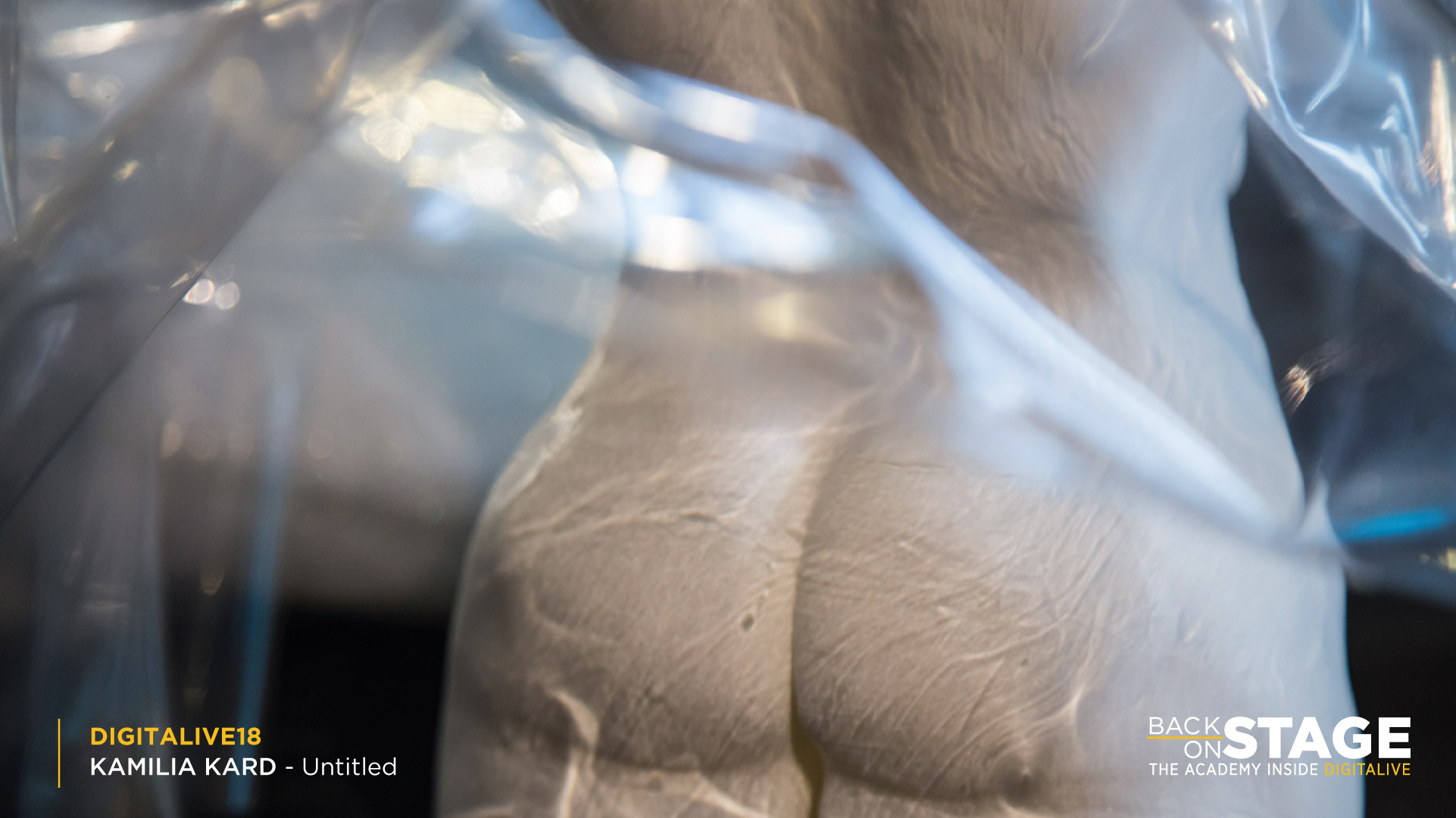 Kamilia Kard’sVR installation was located in the so-calledAquarium, a space inside theMattatoiosurrounded by glass walls. A black carpet delimited an intermediate area, a threshold where the digital world coexisted with reality.Alongside tangible objects such as the 3D sculpture of a bust, two digital sculptures occupied the screens of a television and an iPad lying on some cushions. 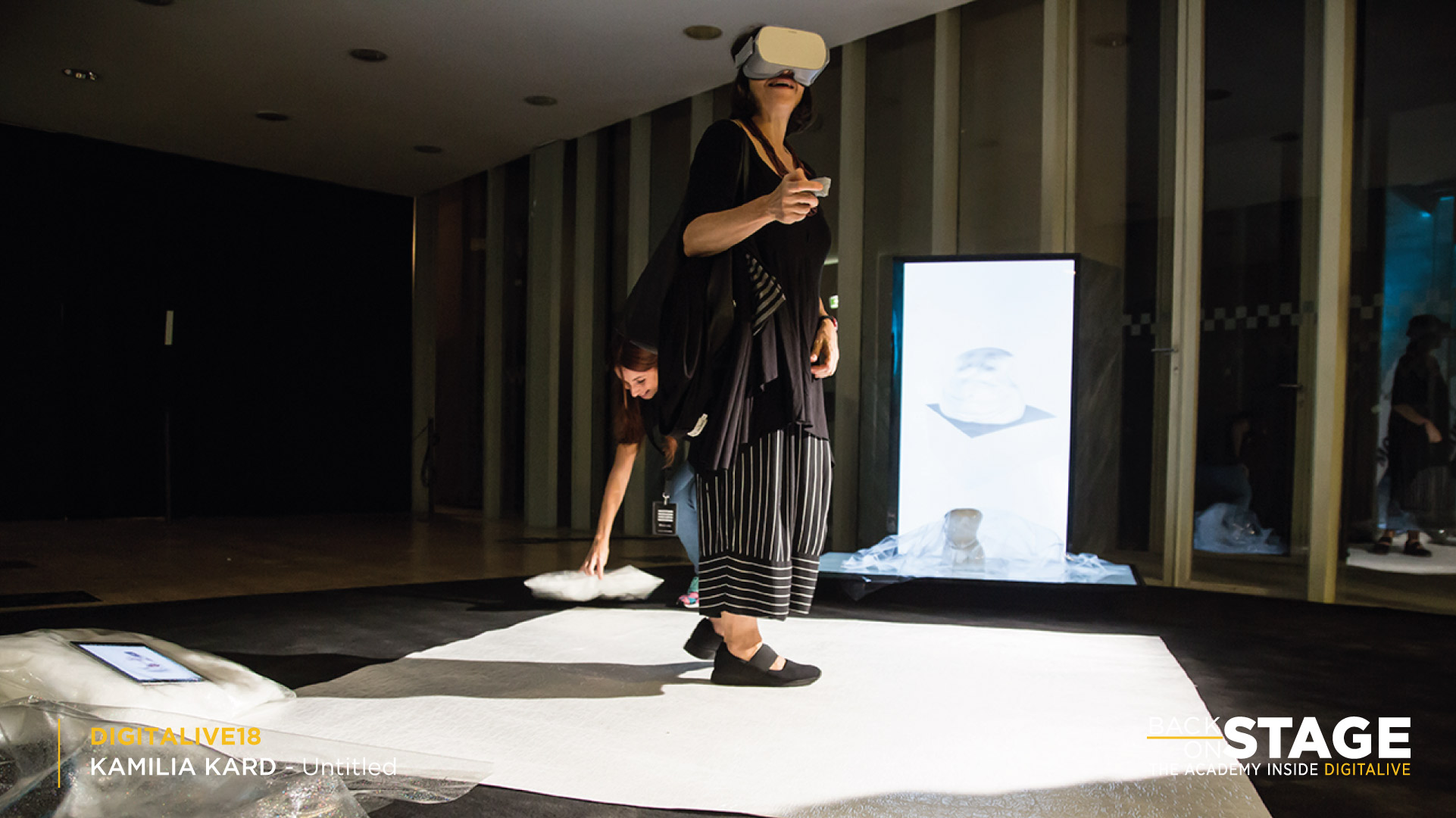 At the center of the carpet, a white square marked the threshold of an intangibile ‘elsewhere’, a surreal space similar to a De Chirico painting, in which objects modeled in a classical iconography came to life against a white backdrop divided by a black stripe that gave perspective to the virtual landscape. Fromthe 5th tothe 7th of October, the spectators of Digitalive were invited to move through this stratification of superimposed spaces in an experience that constantly changed according to the choices and actions of each visitor.