«Light, measured. One Soon Get Used to It»

by Gianpaolo Cacciottolo
in exhibitions 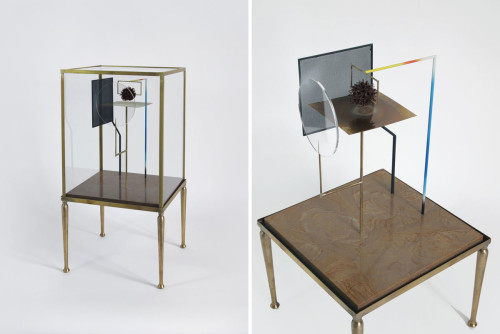 One Soon Get Used to It is the title of David Casini’s first solo exhibit in Zurich. This Tuscan native artist from Montevarchi has had his operative trajectories intercepted by the Galerie Plutschow & Felchin and placed on display until 4 October. The ambiguity of the features in works by Casini is materialized through a cross-breeding of characters and meanings. At times he adopts a technical skill that can be regarded as a recovery of an artisanal dimension from the past while at other times he takes on a futuristic projection in his construction of a new symbolism.

A fluctuation that is not only linked to the artist’s implementation. This oscillation is temporal as well and is syncopated by the simultaneousness of natural elements and elaborated structures in which the archaeological quality so typical of any case is replaced with a subtle co-protagonism revealed in the creation of measured balancing. In turn this balancing is characterized by an alternation of filled and empty spaces placed silently in the neutral areas of Zurich’s «white cube». 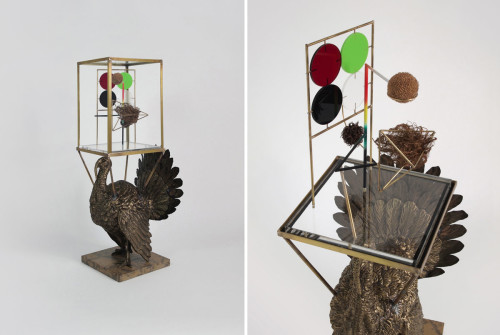 Casini’s reflection involves brass, glass, plexiglas, coloured objects and organic or geological matter – all of which are applied through the viewpoint of the construction of a coexistence that spectators will actually tend to become quickly accustomed to by simply observing details, notwithstanding the heterogeneity of the arts. Casini’s work also reveals an obvious connection to his native land through the way he embellishes the sheets of stone from the Arno River used as the base and field for his cases. They are imposing and resemble the proud bulwark of a dexterity that is almost extinct. The mould of a David’s head reminiscent of Michelangelo’s takes on an ideological and central position throughout the exhibit. It is inserted upon a metallic frame and fastened to the base with a mineral conglomerate. The artist assumes the role of a collector «who imprisons the finds he gathers according to their unusual shapes», populating the exhibit space with composite sculptures such as his 2014 work Le pause sono brevi ed eterne (The pauses are brief and eternal) which is also made up of a mixture of organic elements, brass, glass, Plexiglas and mineral stone.