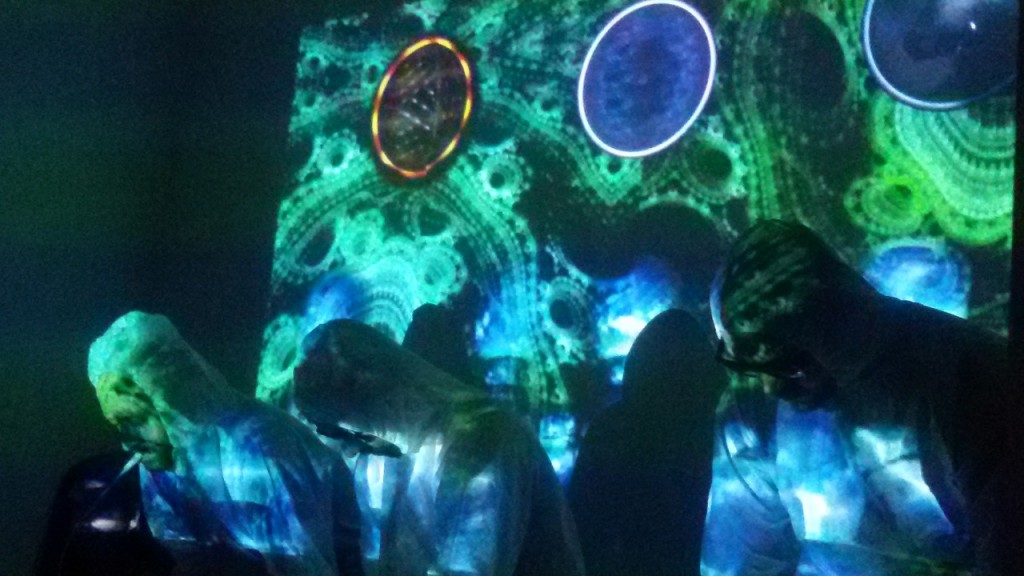 Among the few Italian artists of his generation to have fused new media and object art, Lino Strangis (b. Lamezia Terme 1981) has developed a stylistic and conceptual universe over the past ten years which focuses upon the exploration of that sophisticated «machine» known as the computer by modifying – among other things – its iconographic elements: drenched blazing colours, simplified shapes, augmented effects, solarisation and so on.

The objects in which the monitors are positioned at times in assemblages created with recycled material are placed in a line that, in a certain sense, extends back to the Fluxus network. But the typical, slightly retro characteristic derives mostly from an evocation of the theoretical and imaginary world of Psychedelia – interpreted as a visionary ability that makes it possible to overcome the limitations of the real world and historically given conditions so that the artist can imagine (in Strangis’ case) a future in which the laws regulating the virtual space of a computer will also apply to our everyday space.  Therefore, software and hardware are not only tools in the traditional sense. They can also nourish the artist’s imagination and guide his quest by freeing it from the limitations imposed by the law of gravity, of linear and irreversible time as well as from the separation of objects and forms of life.

More specifically, in Just an Apple (2015) – the video that inspired the rest of the works on exhibit – we can see a re-interpretation of the colonizing myth of the apple: a shape whose interior reveals the unexplored depths of the human mind and whose sphericity easily evokes that of the planet we are inhabiting (for the time being). Subtle and minimalist music aids the viewer in a perception of the journey led by the fruit (and its interior) into virtual space, like an immersion into a parallel universe – although something emerges from everyday reality as well; inhabited more by beings in symbiosis with nature than by cyborg adventurers. These beings remind us of the utopia of the astonishing film Avatar (2009) directed by James Cameron. Then again, the title of the video is an ironic repossession of the apple which has deplorably been reduced to the icon of a colossal of the consumer electronics industry. Strangis overturns the astuteness of marketing and uses it to his advantage, refocusing attention on the capillary processes of the expropriation of our sense, of the imaginary and of time ceaselessly practiced by capitalism.