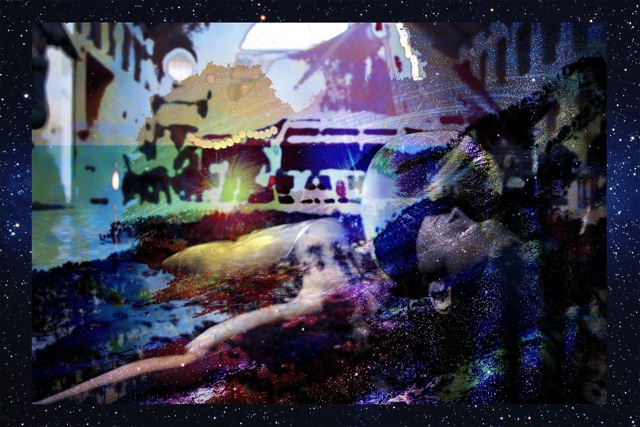 Lino Strangis (b. Lamezia Terme 1981) is one of a handful of Italian artists of his generation working in the field of New Media Art with a clearly personal style marked by the ability to shift from videos, 3D developments and sound installations to the real world with prints and objects created with recycled materials – all of which blend harmoniously with the iconographic and symbolic universe of digital works.

Almost ten years have passed since his official debut on the artistic scene. He has had many solo exhibits and has participated in numerous group exhibits and festivals in Italy and abroad. In Presente ulteriore, Strangis illustrates the relationship between real and virtual starting with the video Just an apple where live filming alternates and blends with digital art scenarios (his most famous and most easily recognized output),outlining an optimistic and facetious perspective of the possibilities represented by cyborg – more than a future scenario, it actually represents the present. 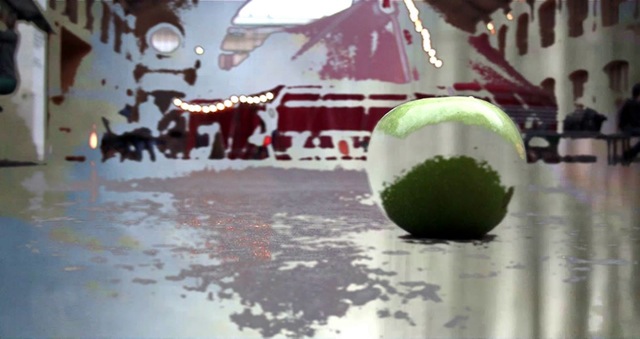 The almost osmotic fusion between physical space and the mathematical one of computers is really an allusion to a potential mental dimension in which the boundaries between the individual and the world are blurred, just like in dreams or fairy tales. Aside from the video and prints it inspired, the exhibit also presents several objects with technological inserts and a selection of preliminary material used for his works such as notes and sketches that mark the progression – linear, at times and by elimination at others – of the creative process from the idea to its realization. (from the Italian press release)

Images (all), Lino Strangis, «Just an Apple», still from video