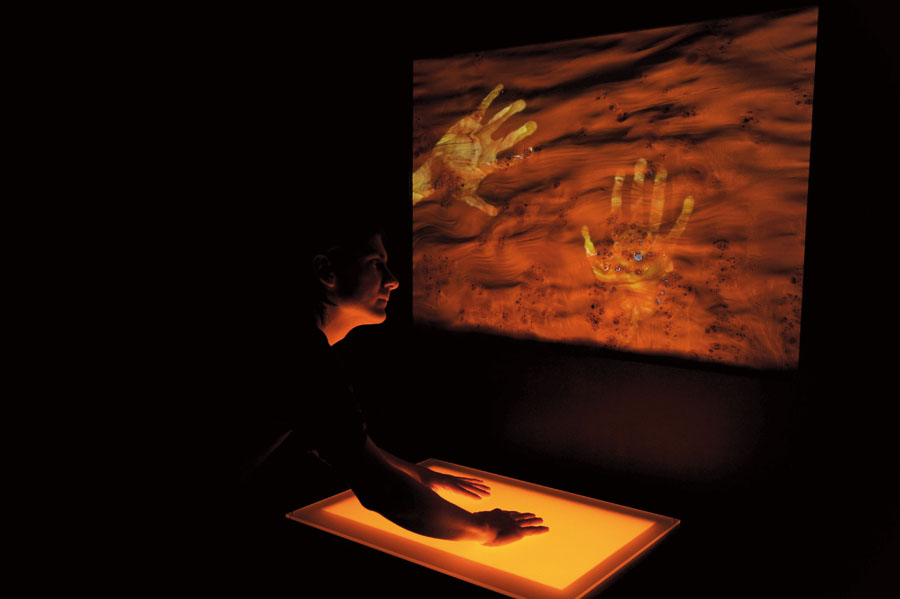 Grégory Lasserre (b. 1976) and Anaïs Met Den Ancxt (b. 1981), the French art duo known as Scenocosme, began their work a decade ago. Their work is acknowledged in the art environment for the poetic manner in which they have found a way to combine art and technology. In fact, Grégory and Anaïs have developed an idiom in their workshop (located in France’s Rhône-Alpes region) characterized by a growing affinity between poetry and interactivity, between spirituality and digital manipulation, between the natural environment and modern structure.

The sensitivity with which Scenecosme has succeeded in exploring relationships – and their relative variations – between human beings and the environment with which they coexist has brought intensely scenographic performances to life as well as visual and sound installations and even numerous experiments that have earned the duo many awards and invitations to prestigious Artist in Residence programmes since their debut in 2004. 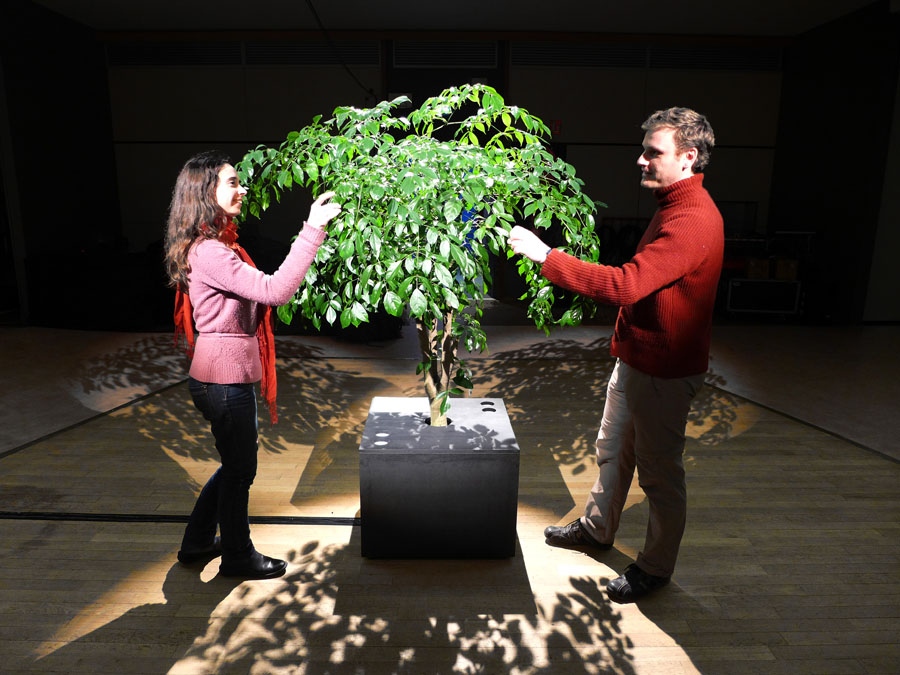 Some key examples of their artistic quest are found in the Phonofolium installation, presented for the first time in 2011. This interactive work is made up of a tree that reacts to the human touch by emitting a sound. This is possible because plants are natural sensors and are sensitive to various flows of energy. This trait, combined with digital technology, permitted Scenocosme to establish a relationship between plants, human intervention and the sound they produce when interaction between the various elements takes place. This installation was created for the purpose of making spectators ponder our relationship with the silent and subtle environment (albeit no less vital) surrounding us. Another installation created in 2011 entitled Ecumes suggests a consideration of the types of contact we have with nature by observing how our hands leave a mark when touching wood – a fingerprint that is blended with the natural one with the kind of ease that, for better or worse, we often tend to forget. 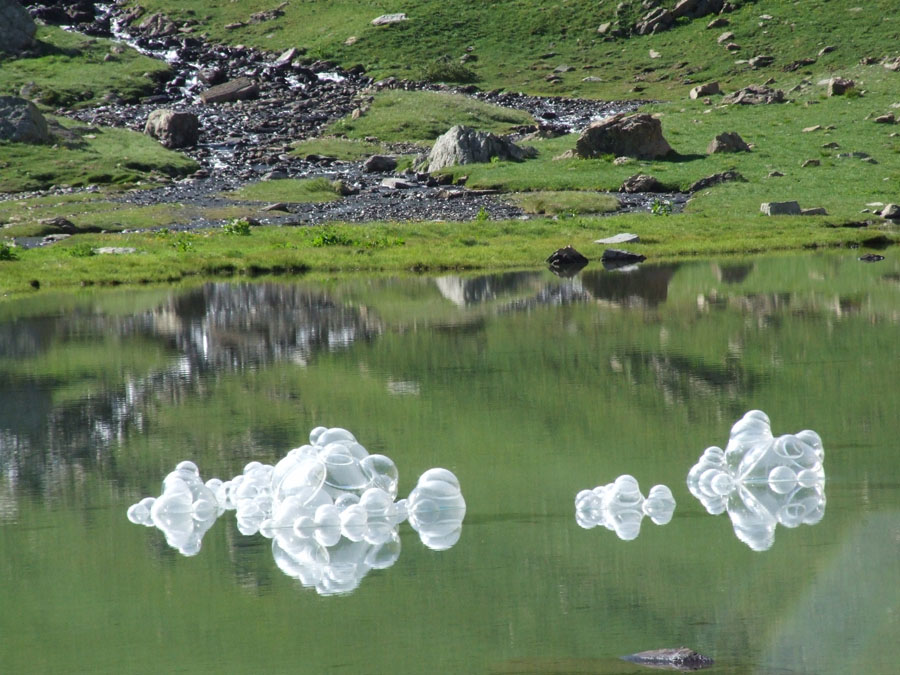 And in terms of the relationship between humans and nature, Nuage solide must be mentioned. This work was the result of a Resident Artist programme dating from 2009. This environmental installation consists of a structure in plexiglass containing a small amount of water which – depending upon the weather conditions it is placed within (an alpine lake, in this case) –  reacts the same way a cloud would. A cloud is a natural element – light, delicate and fleeting but with a personality all its own that spectators familiarize with through its imprisonment behind the plexiglass. 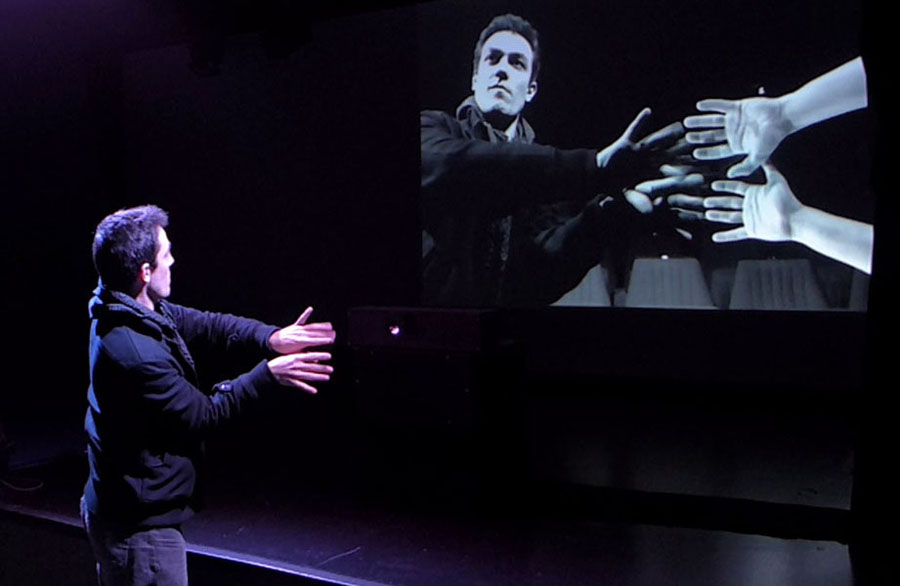 Then there is the comparison among several people, as is the case of Rencontres imaginaires, a series made up an interactive-behavioural videos in which spectators are placed in front of a mirror reflecting their bodies and faces. Virtual hands and faces appear gradually that try to touch and caress (or even capture) the spectators with whom they can interact. The responses of the public demonstrate of wide range of behaviours typical to humans when put in contact with other humans. These are fascinating and reveal our most private nature.

Scenocosme pursues an artistic quest that is contemporary and attentive to all of those environmental components contributing to the social education of an individual combined with authentic sensitivity that transforms the experimentation of the duo into poetry and works of art.