Luigi Ontani was born in Vergato (Bologna) in 1943. He completed his artistic training on his own, self-taught, and by attending the «Naked Free Course» at the Academy of Fine Arts in Bologna. He moved to Rome in 1970, where he currently lives in the studio once occupied by Antonio Canova, and began to travel more and more frequently to the East. A «360 degree» artist, Ontani transcends barriers of space and time, masterfully manipulating cultures, languages ​​and techniques, with endlessly surprising results. Taking on board D’Annunzio’s proposition of turning life into a work of art, he always puts himself on stage and in the center of his research, serving as an «artistic subject» and at the same time as a laboratory of identity and transformation, always searching for an «other self» and an «elsewhere». His work sprang from this idea of ​​art and life, based on the emblematic pleonastic objects of the 1960s, plaster casts of jars of baby powder, egg boxes and chocolates that he exhibits and then wears, and Tableaux Vivants, living iconography in which Ontani impersonates historical, mythological, literary and popular figures such as Pinocchio, Dante Alighieri, Giuseppe Garibaldi and St. Paul as painted by Caravaggio. Ontani expresses himself through a variety of techniques, oil and watercolor painting, video, performance art and in this way applies himself to better expressing his pursuit of the «otherness of art». For the creation of his masks he has often used the collaboration of virtuoso artisans working in papier mache, wood, ceramics, bronze and marble. Despite this wide variety of styles and interests, Ontani has always maintained a unique character within his work, removed from fads and trends, always consistent with a creative language that chimes with his personality, which is also expressed through his brightly colored clothes from India and Thailand. He has presented his work around the world in many important solo and group exhibitions. Among the institutions that have hosted his work in recent times are: GAMeC – Galleria d’Arte Moderna e Contemporanea di Bergamo (on course until January 11, 2015); National Archaeological Museum of Naples; Contemporary Art Gallery Mazzoli in Modena; Castello di Rivoli Museum of Contemporary Art; Pescheria Visual Arts Center, Pesaro; Capodimonte Museum in Naples; MAMbo in Bologna; PS1 Contemporary Art Center in New York; Palazzo delle Esposizioni in Rome; Pecci Museum, Milan; Isabella Sewart Gardner Museum in Boston and the IVAM in Valencia.

Electricthrone was the winning work in the Terna Prize 01 in the Terawatt category. A lenticular photograph shows the artist in the role of a troubled priest, dressed in red and seated on a throne, which in reality is an electric chair to which he is tied with snakeskin straps. The image is the result of a direct relationship between art and life, the result of his «trips» that allow him to cross time and space from which the essence never escapes, a profound reflection on contemporary issues transported into his highly personal poetic dimension. «It’s evident that I live and breathe in consonance with my character, and in some way I am looking for a kind of consistency inside and outside the frame…». 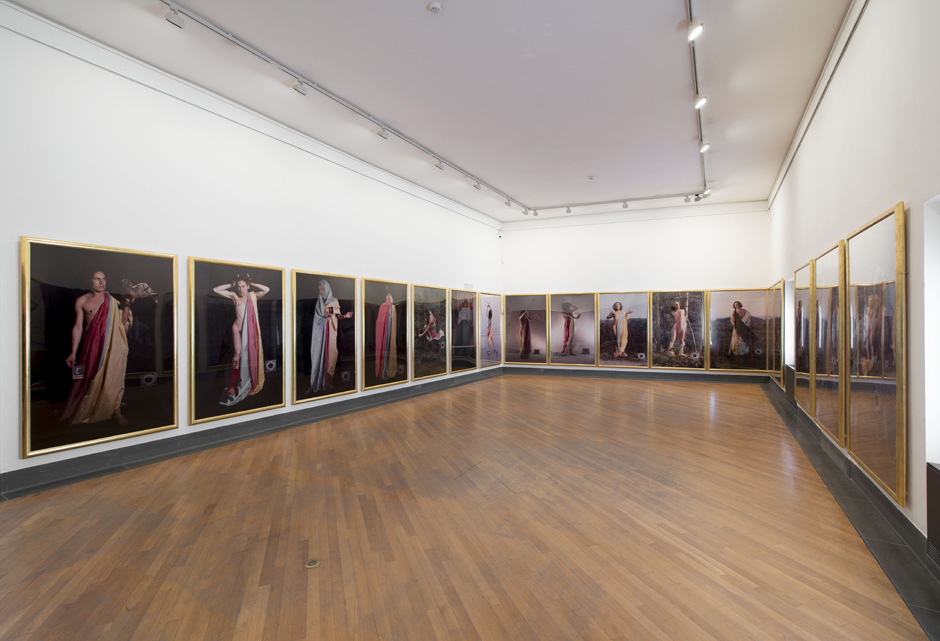 In the past, we artists always met at social occasions. Living a social life meant meeting up at certain places. This type of exchange has now totally disappeared. As far as I’m concerned, there has been a radical change because my trips to India have always been, in some way, an escape from that social life in which I used to take part.

Do you remember your participation in the Terna Prize? Were you working on a particular project?

At that time I was involved in various projects. For Terna I chose to present Electricthrone because it seemed the most representative work and the most appropriate to this thematic context, although there were issues raised with regard to how to exhibit it in China. What I can criticize about my own behavior during the Terna Prize is that, due to my character, during this adventure, I was not able to establish a dialog with the artists, some of whom I knew and some of whom I did not know at all. 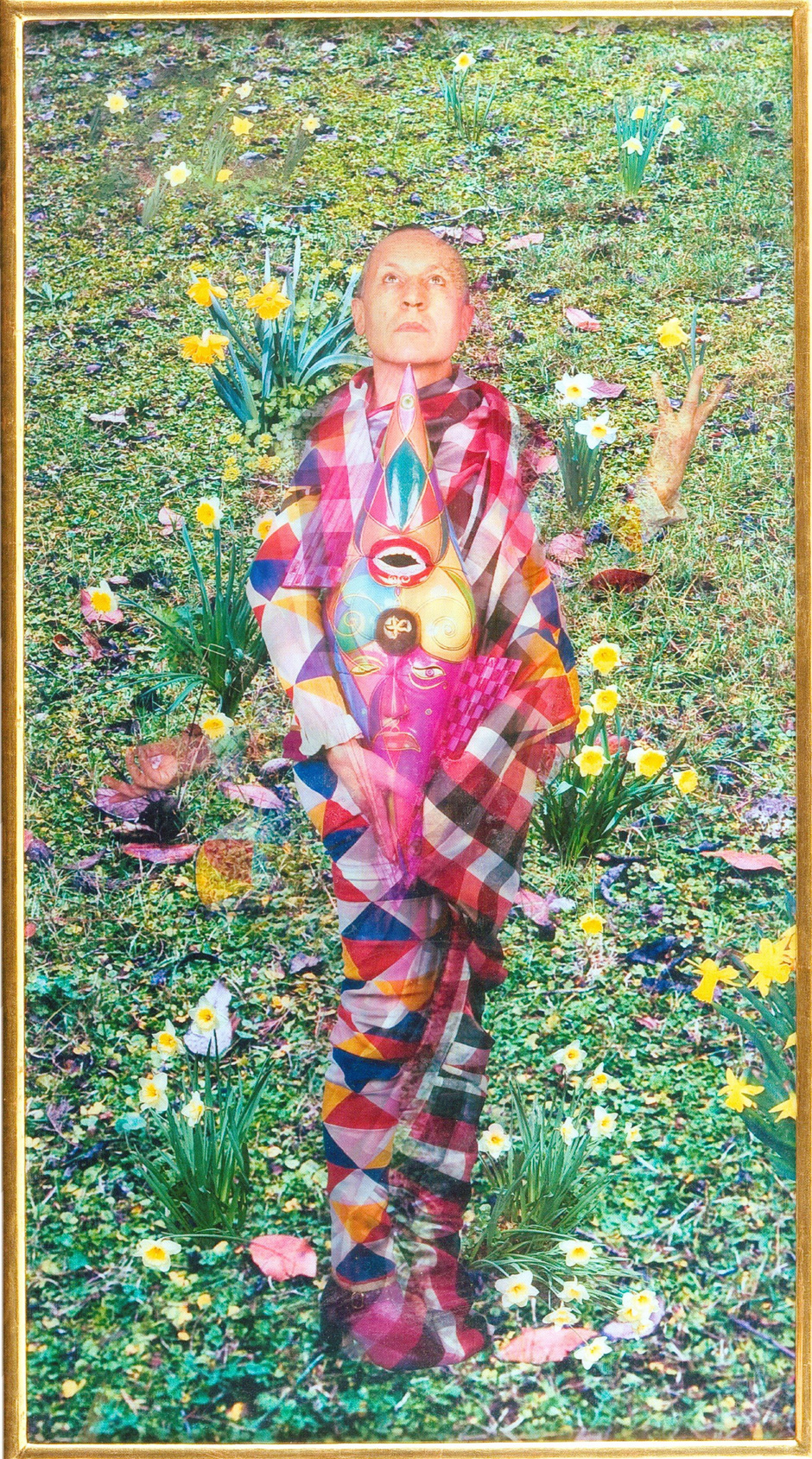 In what direction has your most recent research evolved?

It’s been there for a long time, because this goes back to the 1990s, creating work related to advanced technology. The Grillo Dante, to cite one example, is a robot that walks and talks. A choice like mine, to stand outside of time, can be very contemporary. For the exhibition at the MAXXI, where one can present anything, I decided to do the flying sculptures. I think I could also do things with materials that I am not particularly attracted to, as I did with the painted sculpture, also trying with more traditional materials, such as marble, bronze, patinas or glass. I would also like to create work on the computer. When I made the video for MTV, I used the first computers with which you could manipulate images, the first art-break which lasted a few seconds.

In an interview you described the East as an opportunity not to escape but to “consciously be elsewhere”. Do you who have experienced it over time believe that it will resist Western contamination and keep intact the richness of its spiritual dimension?

The idea of ​​an intermingling in which East and West both disappear could also be interesting, but it is an illusion created by society. The thinking is also based on the capacities and character of individuals. This cannot change even if it evolves, or is transformed or deformed. I had this impression several years ago, when I tried to make masks in Nara, Japan, where this possibility of performance of Eastern thought took place in private rituals, as well as in Bali, notwithstanding the shows put on for mass tourism, and also in India. Individuals from communities still manage to be intact in private but only in terms of behavior, customs and usages, while in public they are forced to submit to the shape of the task, of communication. It can seem like a kind of schizophrenia, because seeing someone who is still making archaic gestures and who uses mobile phones and tablets (which they all have) is a very interesting contrast in my opinion. There is the impression at times that the cultural context is disappearing, then suddenly it rises again from the power of the costumes, which cannot just be swept aside, and it’s great when that happens. 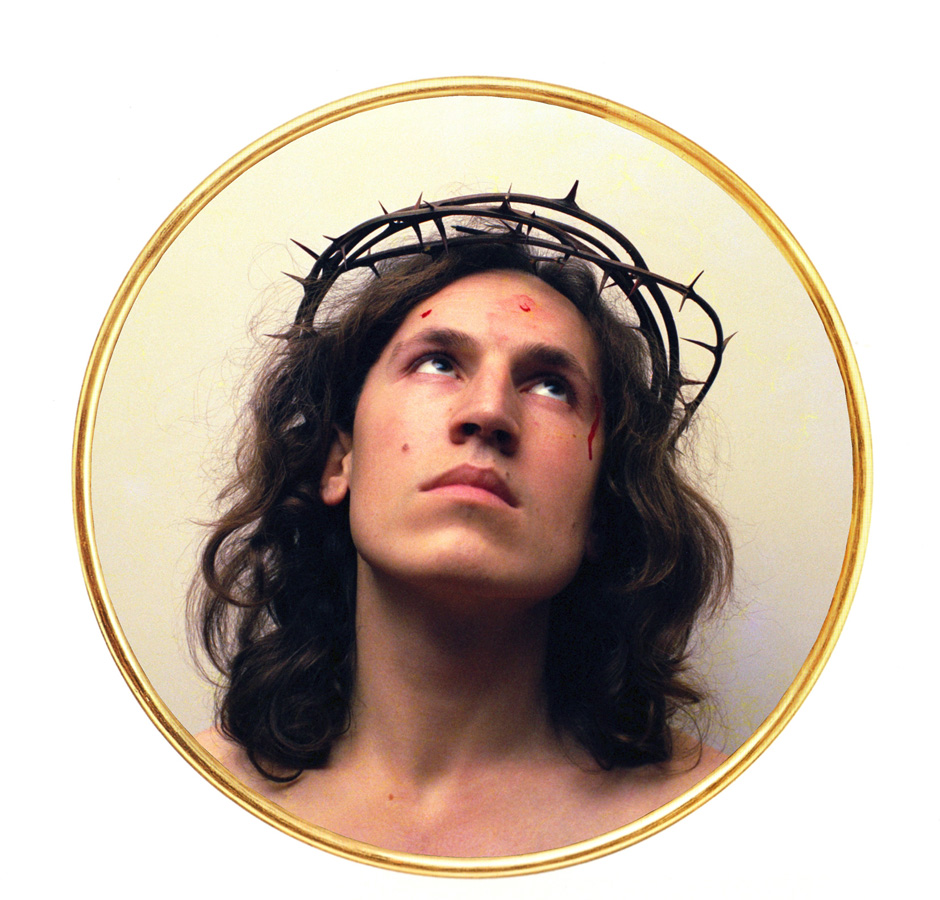 How should museums behave in this time of crisis, but above all of profound change, in order to be able to adapt themselves to the mission attributed to the term that defines them? Or should we find another word to call spaces for contemporary art?

Deciding whether you want to call it a museum or something makes no difference. You could also put the word in the mirror. I think the fact is that nothing has changed, and that’s the problem. It’s the same discourse about the West, about the East, about the contradictions: the thing which is clear and significant, and particularly at this time, it is the evidence of contradictions. An obligation to change is not a real change and statements do not add up to the substance of stories or of things. Many museums have been ruined. The architects tried to give them a make-over, something that is like plagiarism, like some women or men who change their faces to gain anonymity, rather than accepting their flaws as their physiognomy, like our extraordinary weakness in controlling and expressing, without this becoming a negative thing, a burden. The museums should instead be more «homey». 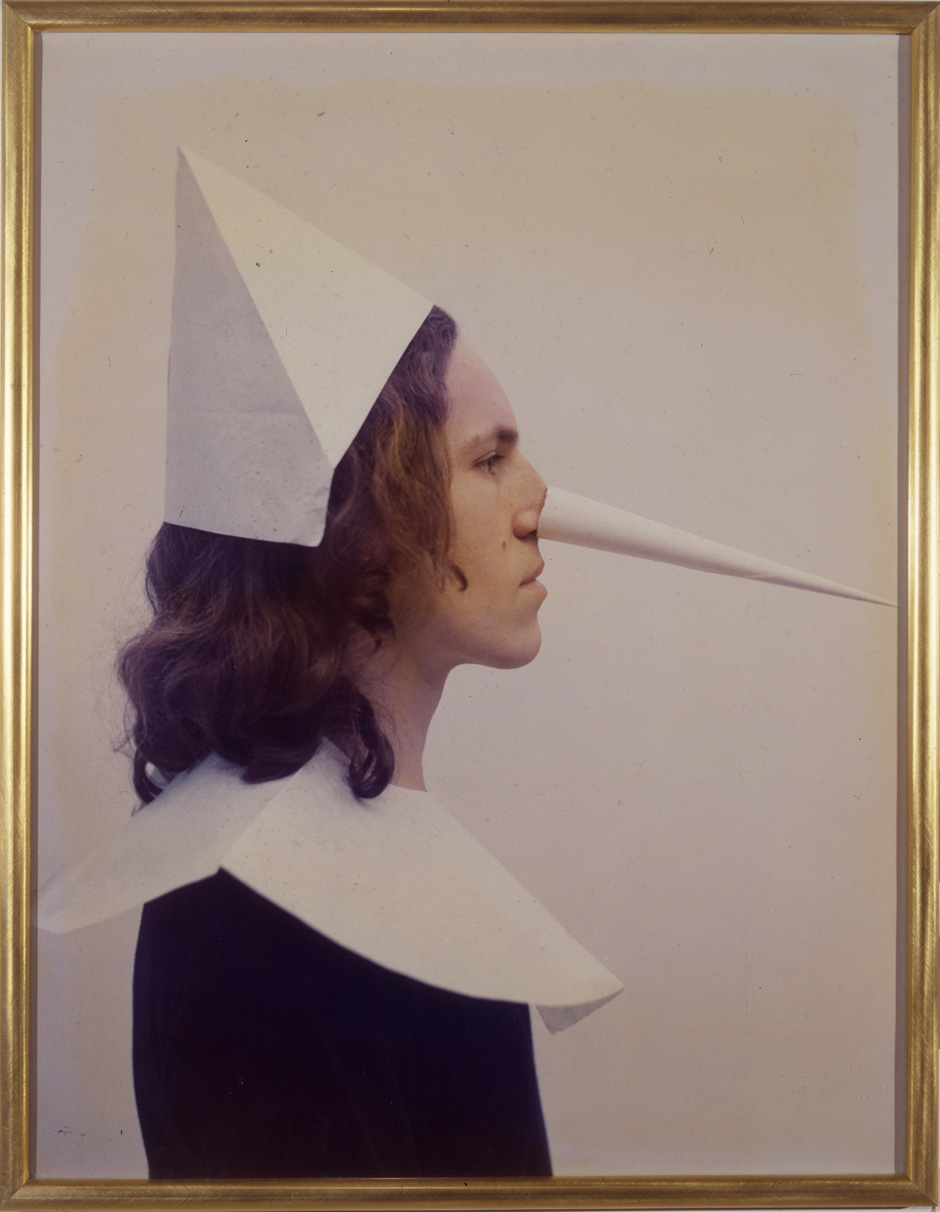 What should Italy have (that it does not already have) to encourage creativity and make our country even more competitive at international level? Which country do you believe to be the best from this point of view?

In Italy there has always been a love of foreign art and culture that other countries do not have, starting with the USA. It’s great that there is a love of the outside world, but it should be expressed in the right proportions. I hope that artists, without being overly eccentric, have the quality, harmony, thought and action that allows them to «be themselves», regardless of the deforming influence of the world.

As for which is the best country, or not, I don’t dare give a ranking, a judgment or any preferences. I limit myself to being in the world and observing. Almost out of spite I hope that Africa becomes what it deserves to be, that is the force of our origins – because we also have the myth of the birth of man in Africa – there are mines and treasure, there is potential in all senses of the word. There is still a forest, there are humans who have been tortured and enslaved, and who are still mirrored all over the world. It’s strange that I, from my point of frivolity, find it interesting to consider this fact, which is not a matter only of art, because it is no coincidence that the stimuli from so-called «primitive art» come from Africa, not only the Cubists. The trip with the mask was very important to me. It was based not only on the «commedia dell’arte», but also on a collection of primitive art that a friend of mine during my teenage years, Marisa Capra, had in Bologna. I think it is unnecessary to decide now whether it is Indonesia, Brazil, India, China or Thailand. These are all countries where discomfort has surely created wellbeing, the honors and pain and the mood swings of the “Old World” show deficiencies which are due to an excessive self-importance. 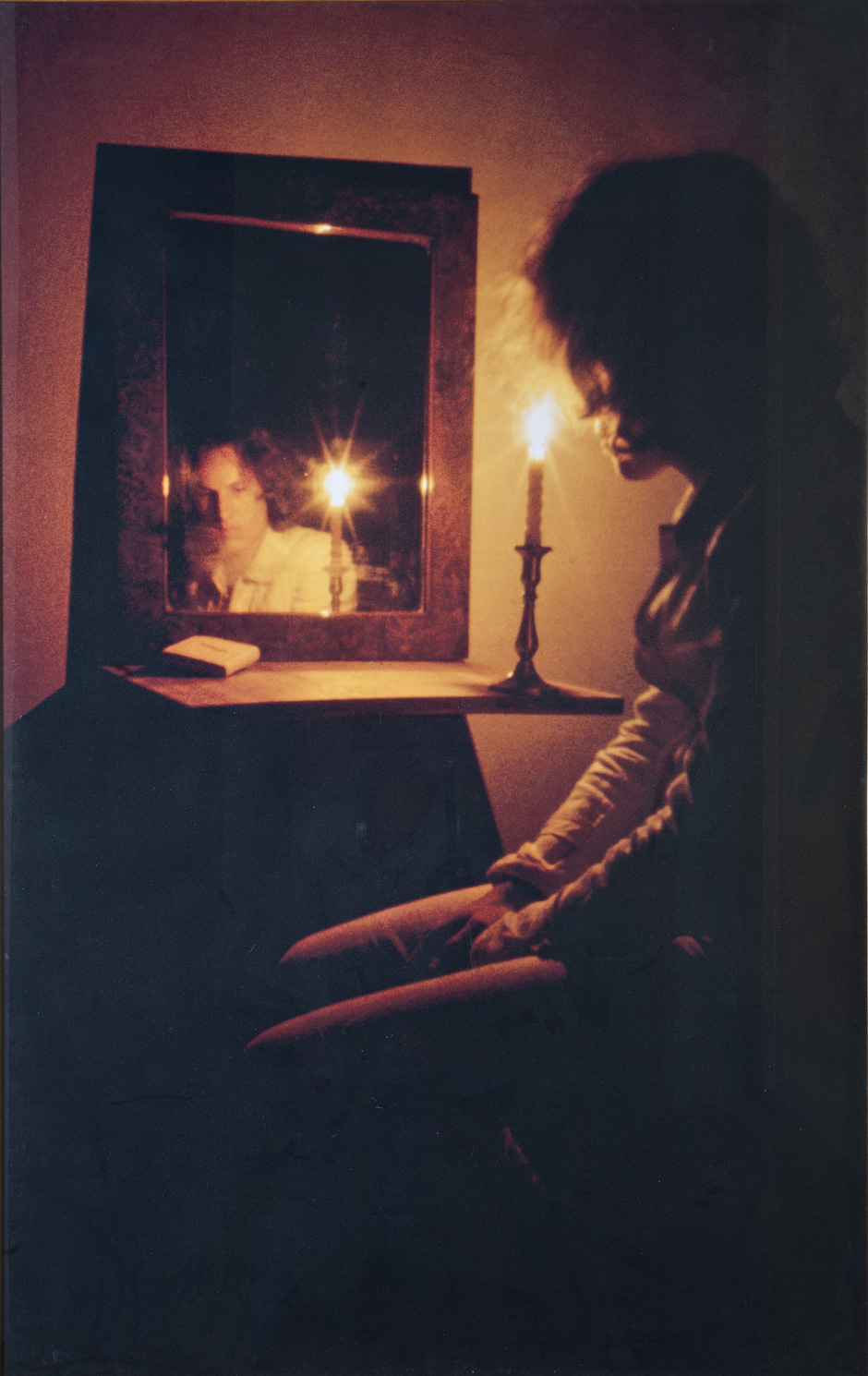 What does the Terna Prize represent, today and in the past, for an artist on the Italian and international scene?

Terna can be a support when undertaking a number of initiatives and experiences, especially for those artists who do not have the opportunities or the character to do it themselves.