«Lunatics talk to the moon» 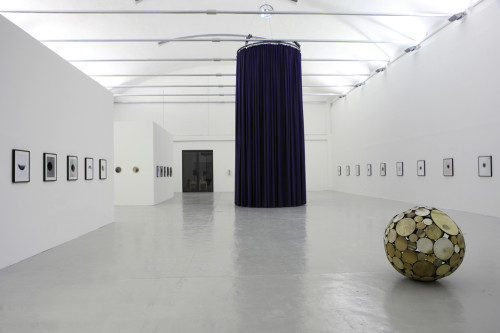 «I lunatici parlano alla luna /Lunatics talk to the moon» is the name of the exhibition inaugurated on 14 March and open to the public until 17 May at Turin’s Galleria Giorgio Persano. The exposition is the result of thorough research (and not only of a scientific nature) carried out by Turin native artist Alessandro Sciaraffa, who employs his work to pay tribute to the most famous satellite, the one rotating around our planet.

Leitmotiv of the exhibition is the moon. Its magnetism has struck a chord on Sciaraffa’s work, leading the artist in recent years to experiment techniques and technologies aimed at establishing a deeper dialogue on various levels on and with the moon. Since bringing it physically into the gallery is not possible he studied the concept of «word», on what can travel so far into space, to the point of working on the concept of vocal extension. In fact, the point of arrival of this study – and the key work giving the exhibit its name – is sound based upon a connection made by the artist in collaboration with the Astronomical Observatory of Val Pellice through which it was possible to speak with the satellite.

Sciaraffa has «carved out» an intimate yet imposing space positioned in the middle of the large exhibit area: a tent that measures 3 metres in diameter and 7 metres in height with a microphone inside connected in streaming with Radio Telescope of the Astronomical Observatory. An E-M-E (Earth-Moon-Earth) radio transmission on the evening of 14 March, the exhibit’s inaugural date, made it possible to reflect the voice of participants onto the lunar surface, allowing visitors to hear the echo for the exposition’s entire duration. 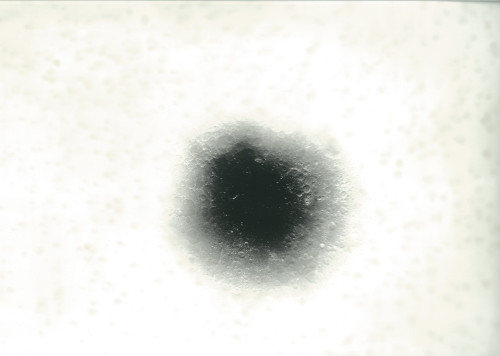 The invitation of the artist is to not limit ourselves to just contemplating the moon but to pursue the possibility of having a profound experience, the most direct one possible, taking the fullest advantage of all available means – including technology –  which, in this case, has supported, simplified and escalated Alessandro’s intention and his project. It is surreal to discover that the entire exhibition is the result of a glass of water. More specifically it is the result of a question Sciaraffa asked the Chairman of the Observatory of Val Pellice three summers ago while visiting the area to which he is very attached to for personal reasons. “What does a glass of water sound like? And what does a glass of water sound like on the moon?” All meetings that followed between the artist and the chairman with scientists, musicians and philosophers resulted in experimentation and planning for Lunatics talk to the moon, along with other works that bring us «closer to the moon».

As is the case with the Catturare il riflesso della Luna in un assolo di chitarra elettrica (Capturing the moon’s reflection with an electric guitar solo), the result of another experiment created to capture the moonlight. Alessandro took an Observatory telescope and built a dark room around it to create the conditions for it to gather moonbeams, channelling them inside the dark room and capturing them on silver emulsion photographic paper. Development of the moon’s reflection took place to the notes of an electric guitar.

Imagining to be the first man to observe the dark side of the satellite photographed by a Russian space probe in the 1960s, Luna con pietra focaia (Moon with flint stone) is a series created by observing the object of desire through a telescope and imprinting its outline on sheets of silver emulsion photographic paper, the only source of light being that generated by the sparks of a flint stone. 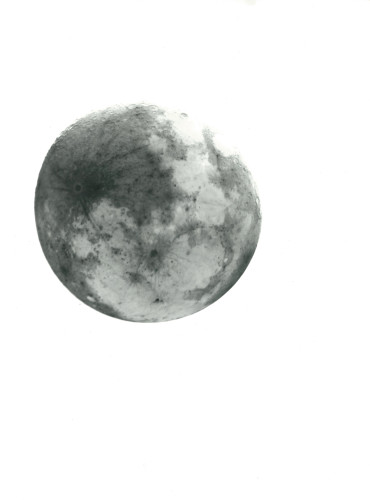 In conclusion, the experiment-work of art entitled Goccia d’acqua su bismuto e stagno (Drop of water on bismuth and tin) is a piece in which we observe a small silver crater through a lens that reminds us somehow of the moon’s surface. The effect was obtained by the artist by placing a drop of water on an alloy of tin and bismuth. The work in itself is a deliberate error because during a study by the artist on bismuth, the most diamagnetic of all metals, he wanted to see what the impact of water on a fusion of bismuth and tin would produce, even if he was well aware that the result would be an explosion. What we learn from this exhibition is that you cannot forecast in what shape will take form a ray of the moon once it is impressed on paper, how far the eco will arrive, how it will propagate in space.