Man Ray and the rayographic process. 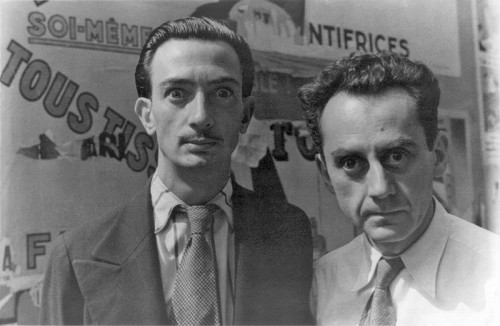 Many discoveries and inventions that changed the face of history took place totally by chance but, in the words of renowned French biologist Louis Pasteur: «Chance only favours the prepared mind». We could also add the creative mind and those most liberated from preconceptions. Like the mind of Man Ray, an artist of many, many facets – painter, photographer, graphic artist, director – and exponent of the Dada movement. He was famous for his extravagant and irreverent sense of aesthetics and for being openly disassociated with the artistic standards of the early 20th century.

By laying claim to a new and absolute creative freedom, artists like Duchamp and Man Ray got into the game, manipulating and re-inventing every type of material, concept and object they could find. Among their many experiments and various artistic paths, we would like to mention one in particular that got its name from its creator and characterized his work in years to come: the Rayograph.

Man Ray dedicated much time and attention to the art of photography and its possible interpretations in the early 1920s. It was through his manipulation of photographic paper and thanks to his attention to detail (even for those generally considered to be technical errors), that he happened to chance upon and later develop (literally, in the truest sense of the word!) his own authentic technique of photography which he named Rayography.

Man Ray explained in his 1963 autobiography that he simply placed the negative in glass on photosensitive paper in the light of a small red lamp and then turned the ceiling lamp on for a few seconds to develop the photos. It was by practicing this printing method that he conceived his «Rayographic process» otherwise known as photography without a camera.  A piece of unexposed photosensitive paper accidentally ended up amongst exposed sheets in the developing tray. While waiting for an image to appear and regretting the waste of material, he placed a small glass funnel, a graduated glass and thermometer in the tray on top of the wet paper. The light went on and an image formed right in front of his eyes. Not just a shadow of objects but a deformed image refracted by the glass (depending on whether the objects had touched the paper) while the portion that had been directly exposed to the light stood out like a relief on a black field. They looked extraordinarily new and mysterious.

The technique the artist invented and perfected over time consists of exposing objects in contact with photographic paper and the visual effect is very similar to an x-ray. In this case, however, the image does not show the inner structure of the objects but «another» nature that cannot be governed by man, making it «mysterious».

There are various publications of Man Ray’s Rayographic experiments but the collection of 12 works at New York’s George Eastman House, the world’s oldest photography museum, preserves images that bear witness to the various passages of this artistic quest – combining different objects in a time period that spans a couple of decades.

While observing them, the search for familiarity with the objects surrounding us comes naturally. We recognize a pistol in one, a roll of photographs in another. But the Rayographs are hidden in the play of light, contour and shadows in which everyone searches for their own definitions. In the words of Ray: «Seized in moments of visual detachment during periods of emotional contact, these images are oxidized residues, fixed by light and chemical elements, of living organisms». Please have a look at Man Ray’s works of the George Eastman House’s collection on the museum’s website.