Mario Giacomelli. Between Painting and Photography

Notes. Intimate exercises. Engravings, paintings, collages and writings, as well as photography - a gym to exercise the eye and hand.

The merit of the exhibition Mario Giacomelli, between painting and photography, open until 14 April at the Museo Laboratorio di Arte Contemporanea of Sapienza University, is not to celebrate the pictorial skills of this photographer from Marche, but rather to outline the uneven edges of a man who looked at the world with curiosity, questioning it. “No answers/but the act of creation/leading to new questions”, he wrote. An exhibition that tells of Giacomelli’s urgency to express himself, which went beyond the Pretini and Scanno series for which the photographer is known to the general public.

An artist who started off as a typographer and who was constantly fascinated by the sign: the imprint of materials on paper, the material sign on canvas, the trace of the woven iron and the sign of passing time to be found in the rings of trees or the furrow made by a farmer in the landscape. 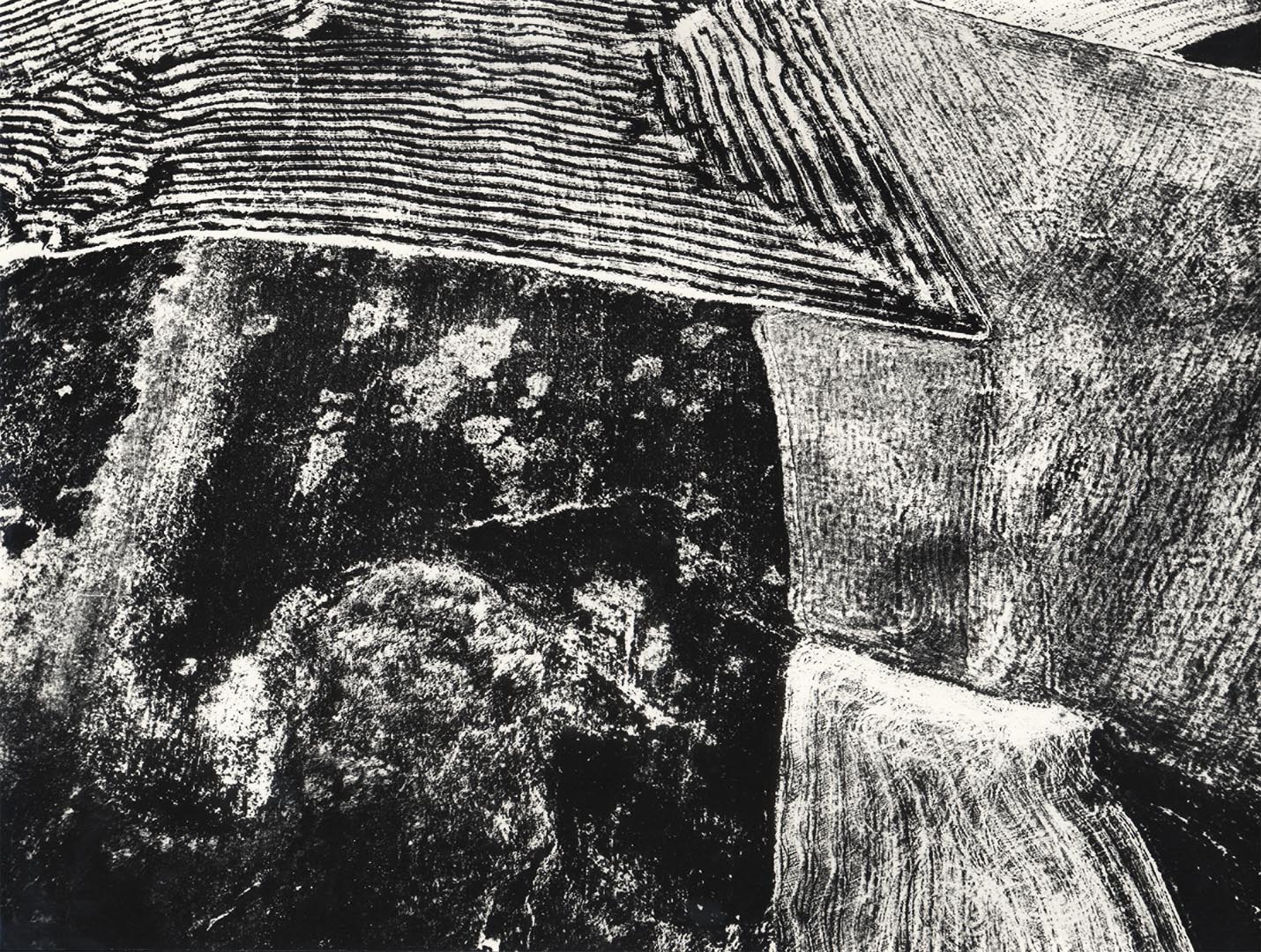 “Landscape not as place, but as inner reflection” wrote the photographer on the walls of his home, meticulously described by curator Irene Caravita in the book which accompanies the exhibition and collects his research. 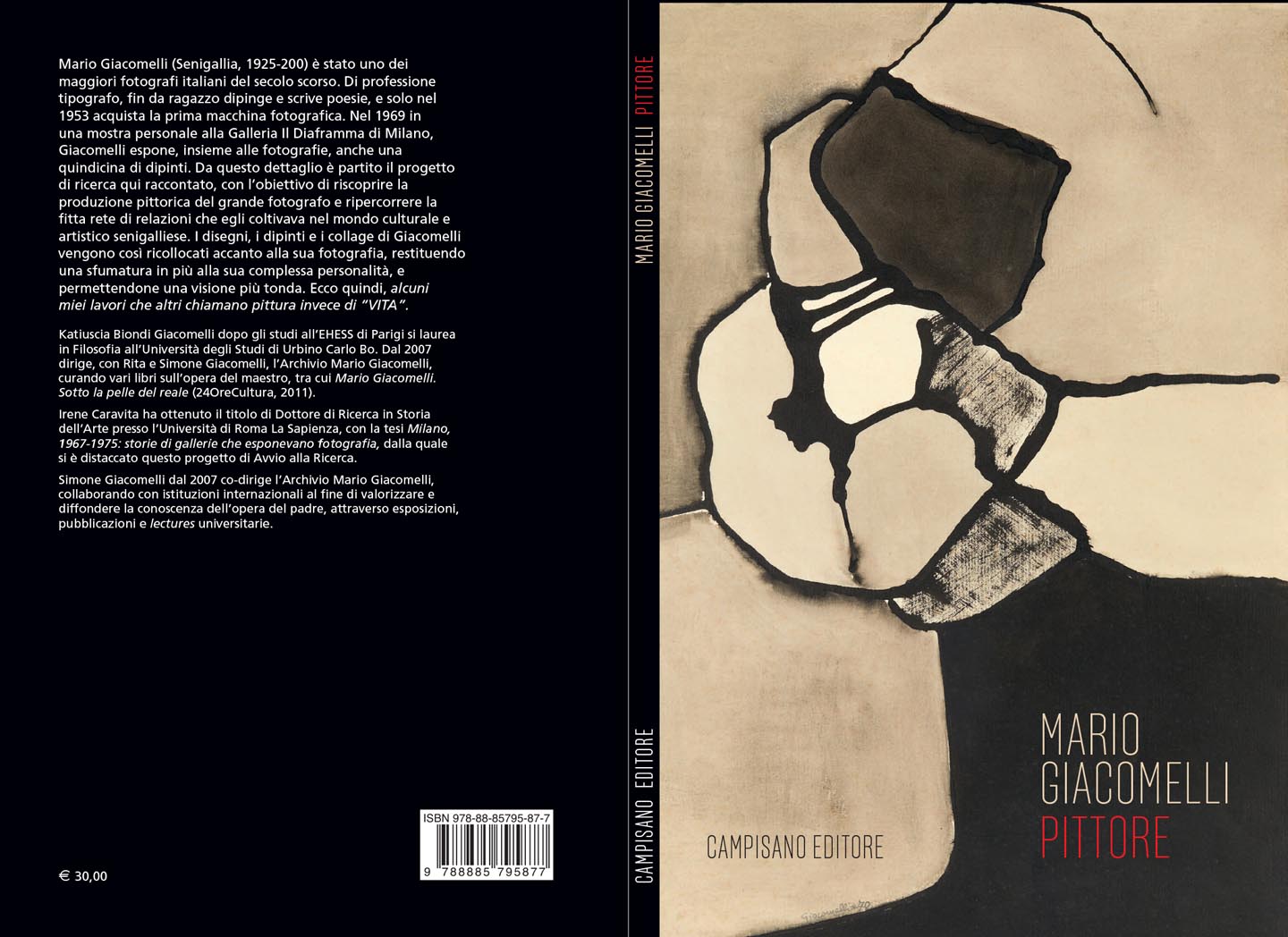 The sign is that of the informal, material language of Tàpies and, even more clearly, of Burri – an explicit contamination in his photographic production, which MAXXI also recently recounted.

The aim of the Museo Laboratorio, on the other hand, is to scientifically study Giacomelli’s production, juxtaposing his pictorial research of the 1960s and 1970s with his photographic research. So the contained space of the university museum sees canvases and collages facing each other on the walls, which then become photographs.

A comparative narrative in which red signs constantly appear, almost by chance, and in which the pasty, painterly whites are narrated alongside the contrasting whites of photography: “whiter whites, but with a bit more matter”, notes one of Giacomelli’s samples. 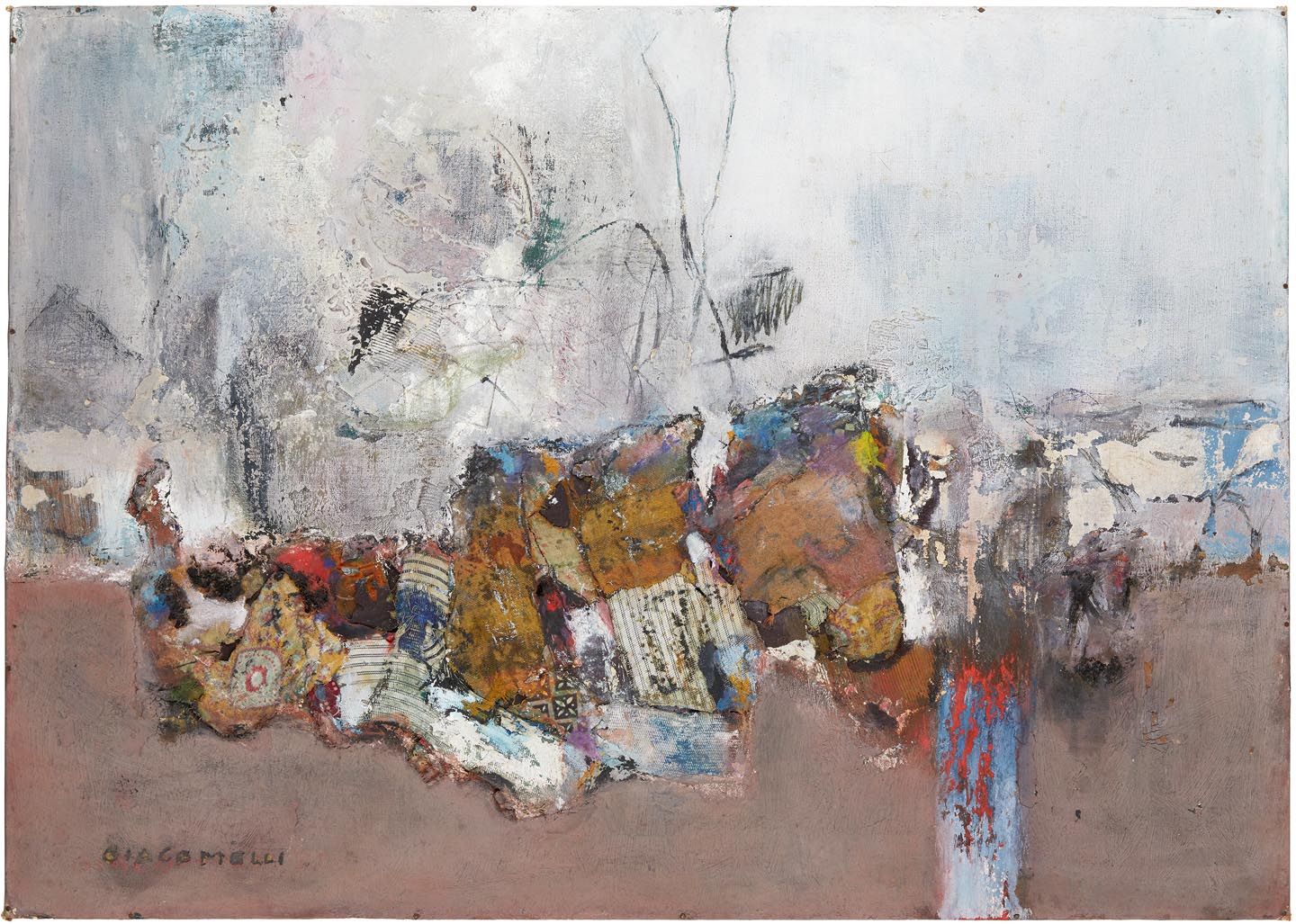 The themes are those of the artist’s everyday life: the ploughed land, the road, the sea in the Marche region and his mother’s fabrics, which become sheets stretched out on the beach.

What emerges is a picture of an artist who was also attentive to how his younger audience interpreted the world and his works. There were plenty of drawings made by his children and grandchildren hanging on the walls of his home and, in the exhibition, a photograph of the work of Parisian children in the mid-1990s – after they had seen his landscapes – is a tender testimony of Giacomelli’s interest in the vision and creativity of children. 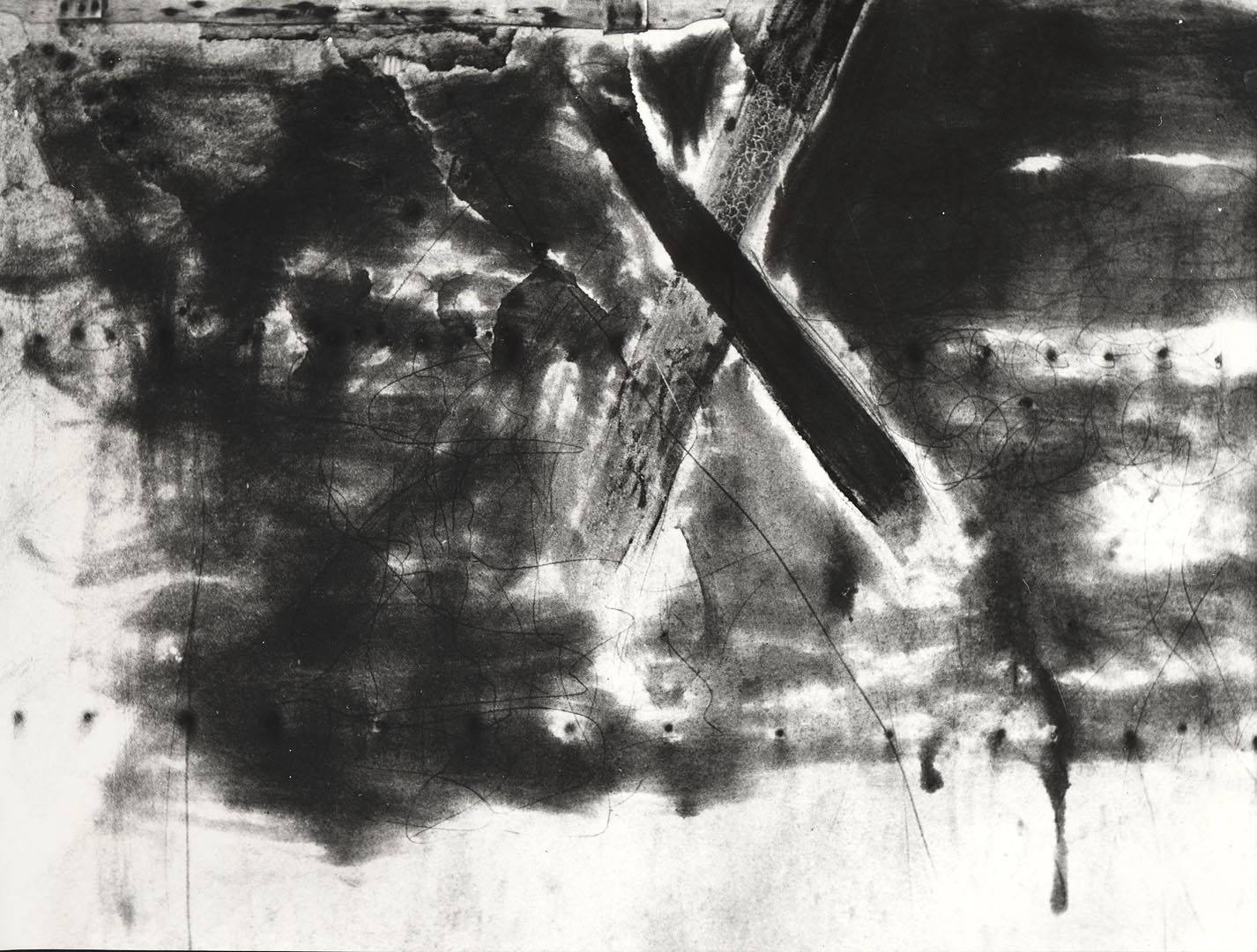 Finally, on the lid of a box, containing samples of photographic reproductions of his paintings, visitors can read about the meaning of his work: “(poorly done) photos of my inseparable works, called paintings by others, but which are instead just a desire to live, love and enjoy life beyond material things, so that everything can be life.”