The sound installation, winner of Matteo Olivero Prize 2021 has transformed the building of new Saluzzo Centre for Historical Keyboard Studies in a sounding board

On October 28, 2021 Sinestesia Eco by Roberto Pugliese, winner of the Matteo Olivero Prize 2021 was unvealed on the façade of the former civic library in Saluzzo, a candidate for the next capital of culture.

Sinestesia Eco is a sound installation that, at certain times, transforms the building into a musical palace. Artificial intelligence software uses machine learning to study scores by composers such as Frescobaldi, Domenico Scarlatti, Bach, Cherubini, Mozart, Schumann, Mendelssohn, Händel and Rossini. Never-before-heard variations of these scores alternate at particular times of the day with sounds produced by an electronic ‘sound carpet’ – a long sound with a series of internal micro-variations. In the evening hours this builds a wave that oscillates between tradition and modernity.

The sound is transmitted through seventeen external loudspeakers suspended on the façade and mounted on a tensile structure consisting of harmonic steel, the same wire used for musical instruments, making up the internal structure of a pentagram. 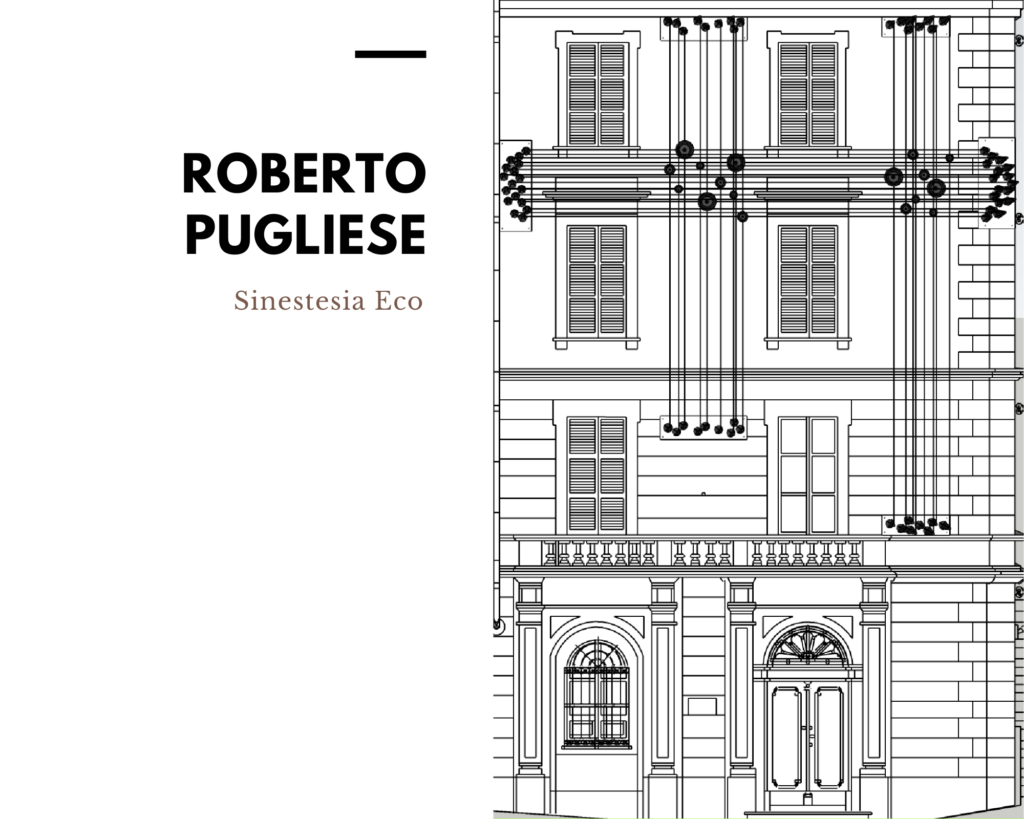 The sound will be diffused through 17 external loudspeakers, suspended on the façade of the Study Centre and mounted on a tensile structure made of harmonic steel cables: the same metal used to make the strings of musical instruments, such as pianos and violins. The cables on the façade form a grid simultaneously evoking the internal structure of a piano and pentagram. 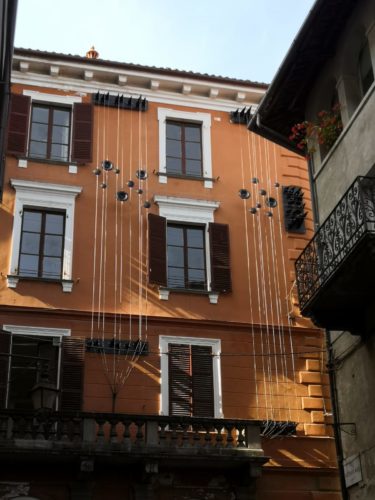 The work aims to “amplify and share the musical activities taking place in the new Saluzzo Centre for Historical Keyboard Studies and to represent a sounding board for activities centred on composition which are based in the building“.

This is one of a number of recognitions of a work that has developed steadily and consistently over time, even when experiments of this kind were not so easily supported or recognised.