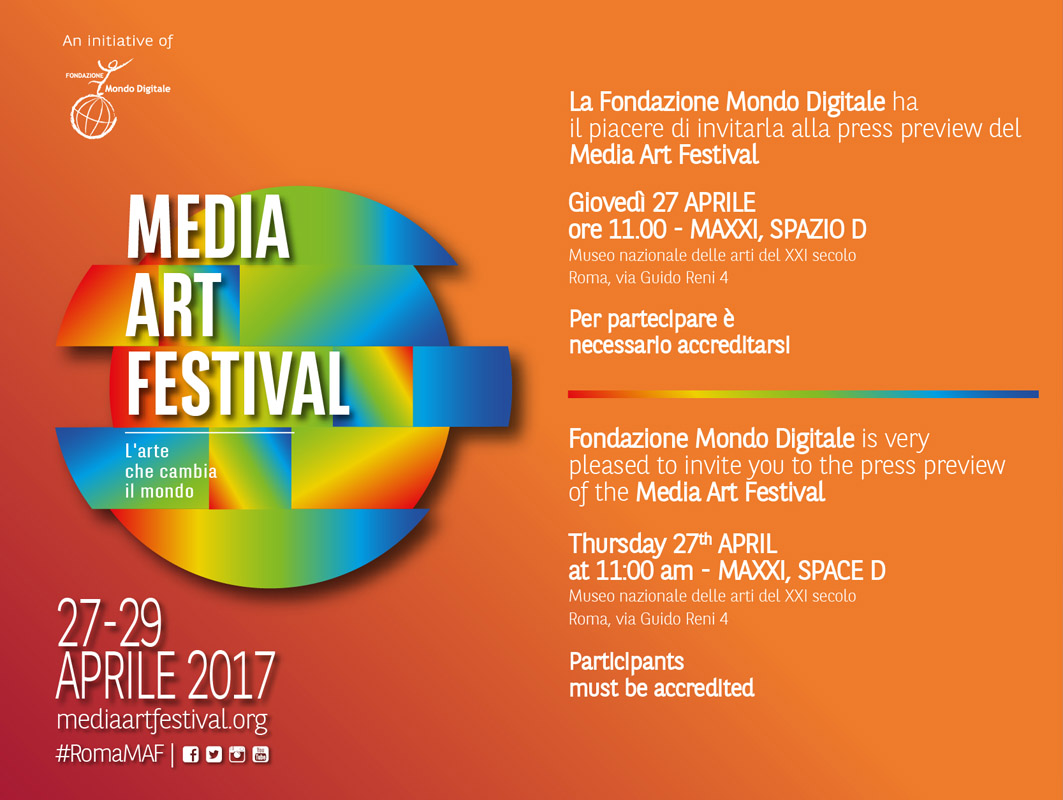 Art, science and technology are once again at centre stage in the Media Art Festival, taking place in Rome on the weekend of 27-28-29 April. Promoted by the Fondazione Mondo Digitale to explore new frontiers in culture and art, the event is now in its third edition, and this year’s theme is “Path Toward Human Sustainability”, focusing on a crucial challenge for the 21st century. Digital technology, artificial intelligence and genetics are the sectors experiencing the most rapid and complex changes, causing a radical transformation in our patterns of production and consumption, culture included. The tagline of the festival’s previous edition, “Art in a changing world”, becomes “Art that changes the world” partly thanks to the creative workshops for sustainable development delivered in conjunction with researchers, scientists and makers. 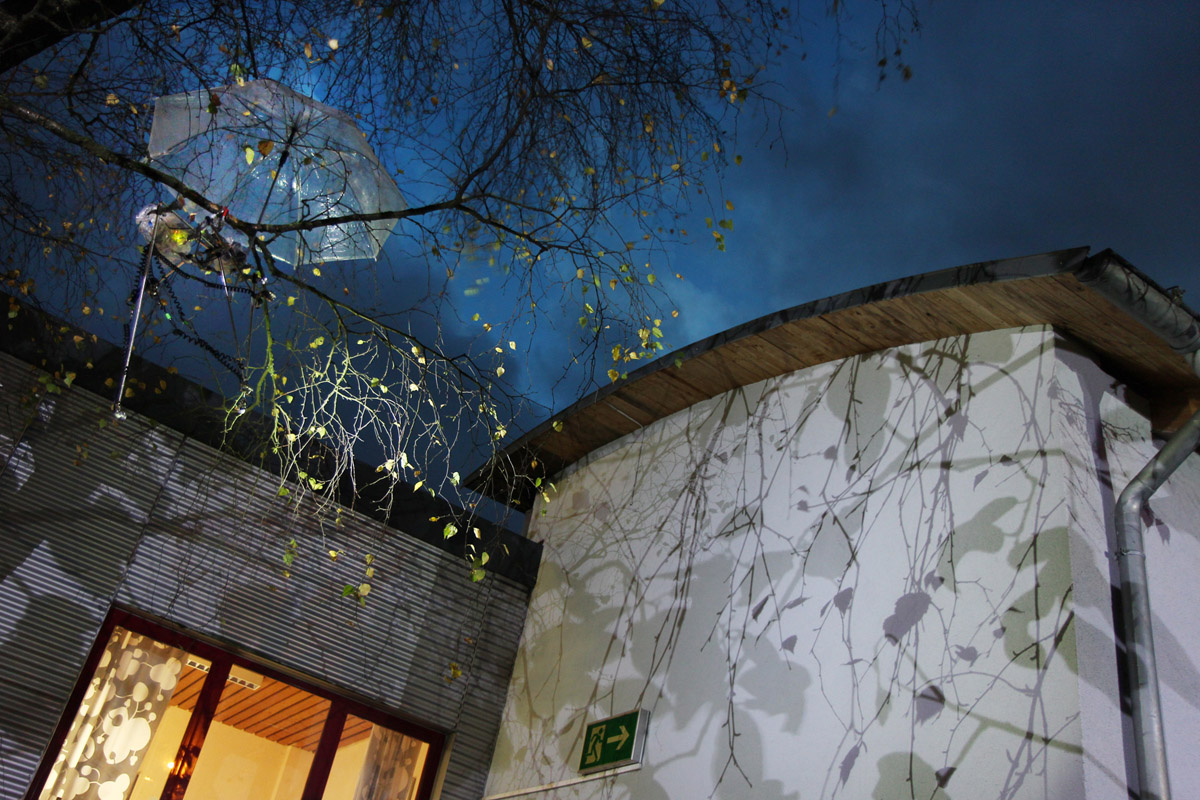 The event not only brings world-calibre artists and guests to the city, but forms part of a prestigious “system of international festivals” such as the Arctic Biennale in Stavanger and Spectra Aberdeen’s Festival of Light, funded by the Creative Europe Programme. This is a unique project based at the Palestra dell’Innovazione and involving the creation of artworks by the international artists of the European Light Expression Network – ENLIGHT project, thanks to funding from the European Commission’s Creative Europe programme; artists’ residencies arranged with the Goethe Institut and the artistic-educational project “Carbon Footprint through Digital Art”, carried out with funding from the Italian Ministry of Education, Universities and Research in collaboration with the Physics Department at Sapienza University of Rome.

The artists were also invited to create projects and content using the digital production tools of the Fondazione Mondo Digitale’s Palestra dell’Innovazione, in collaboration with makers, craftsmen, musicians and designers, with the aim of encouraging the development of new skills and synergies between different professional spheres.

Since the pilot edition, one of the strengths of the Media Art Festival has been its fusion of arts, genres, techniques, technologies and – above all – audiences. Indeed, this is the first time a cultural event has involved such a diversity of audiences in a central role, as it brings an original interpretation to the challenge of audience development, a priority of the Creative Europe programme. 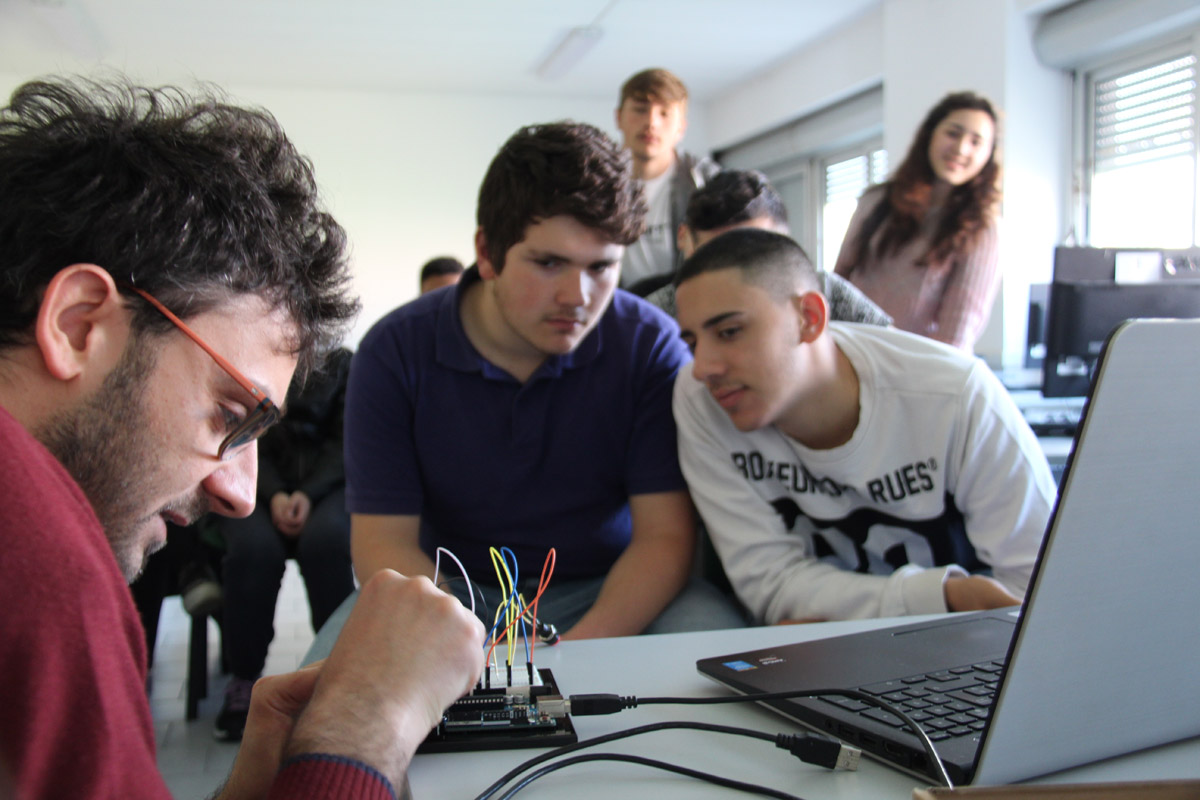 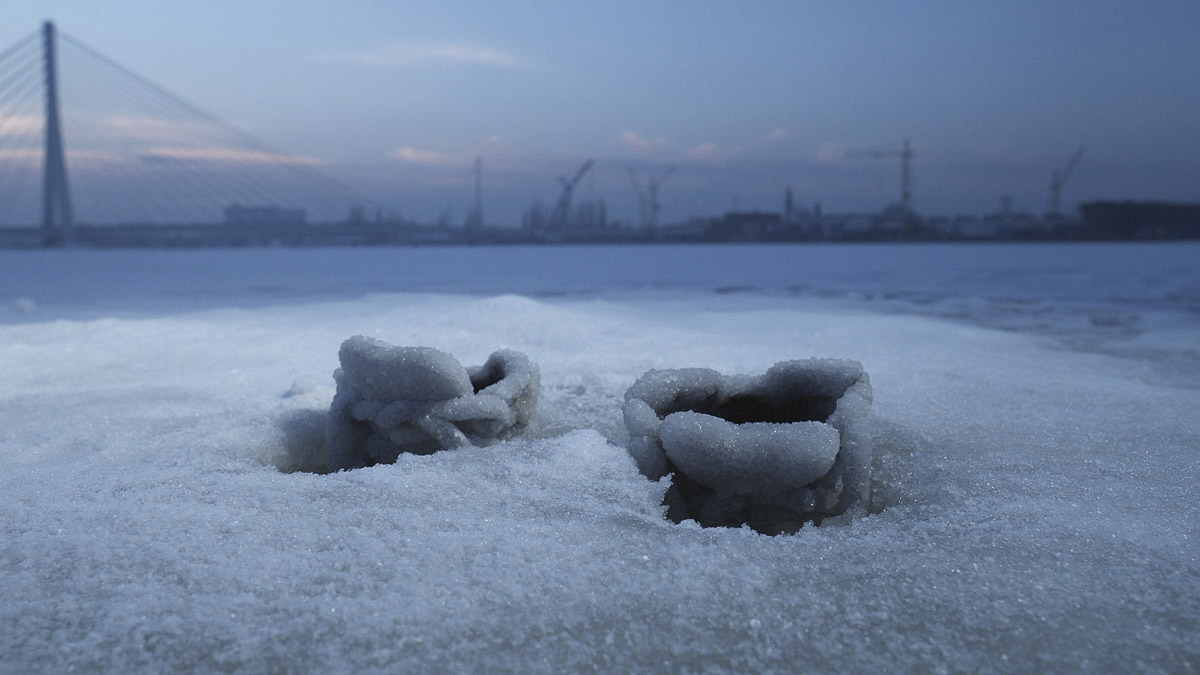