4 days, 157 events and projects at the SONAR+D, with over 400 speakers and exhibitors, 55.000 registered professionals and an audience from 150 countries.

Significant numbers, all partaking in the shared sense of euphoria, curiosity and innovation. The Sonar also ends up being a festival where awaited acts overlap with those that, essentially, it was a shame to downgrade. There is loads on offer for artists, designers, engineers, scientists, musicians and programmers, who come together with the audience in the same way as speakers and participating exhibitors do. A machine to reflect on the future encounter between art and technology, asking itself what reciprocal gain there can be.

“The role of the artists in the AI revolution. Creativity beyond Human creativity” is the panel that opened Sonar + D, setting the tone of the event. The question concerns the future of art at a time of AI, the role of artists and curators, the resistance of images in the techno capitalist junk space and, above all, the biunique-value relationship, so as not to prostitute art to the machine. 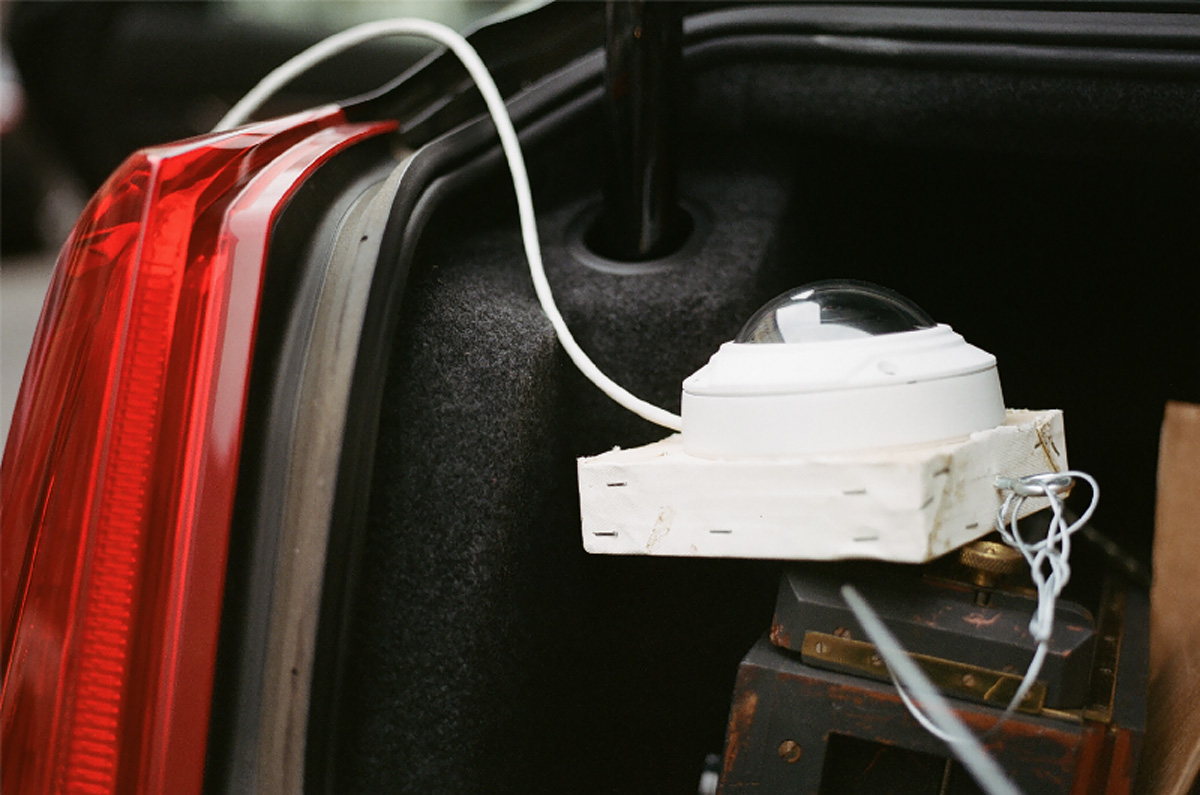 It is misleading to even ask whether the artistic idea or the means comes first because one does not exist without the other, eventually becoming the two faces of Janus – one facing the past, the other looking into the future. The crucial aspect still remains the tension between creator and medium.

The role of the artist is to amplify a possible message.

Google AMI is a Google programme that brings together artists and engineers to develop projects using Machine Intelligence. The works are developed following the artists’ actual practices and displayed in galleries, biennial exhibitions and festivals. Directed by Kenric Mcdowell, techno gnostic producer and curator of MI at Google Research, with a past rooted in fluxus and poor art, on the one hand, and multimedia design, on the other – Kenric tells us about the enormous potential of “reshaping”. There is no doubt that digitalisation has changed by now the ways in which our brains work, our way of thinking, how we formulate associations, remember and conceive art. The interaction with AI only increases the limits of possibility towards new perceptive and sensorial codes and towards new infrastructures and social systems.

Kenric began his speech by exploring the directly proportional relationship between the use of verbal language and non-linguistic behaviour, such as the use of technology, the manipulation of tools, virtual research, arithmetic and music, Some of the building techniques used in the palaeolithic age were less determined by physical and functional constraints, more by the fact that they shared abstract syntactical structures and semantic content. This relationship is demonstrated by the greatest neuro scientists. The difference now is that technology no longer plays at the level of sight (the visual effect), but also at the level of the brain – the artificial one that is (the elaboration of data).

What new cognitive modes are being created by AI? Mainly hallucinatory images and languages, states in endless transition and oversized models.

Kenric introduces two amazing projects: a road trip with the AI poet artist Ross Goddwin, where the images from the journey, captured by a surveillance camera, are translated into poetry through code, and the visualisation, by Refik Anadol, of the entire archive of the SALT Museum in Istanbul – to be more precise, 1.7 million documents – in a 3D iconographic tunnel, in an endless movement without solution. Imagine the library of Babel in a pocket…This is AI, incorporating infrastructures and social systems, almost naturally exposing us to new cognitive and perceptive modes.

This artificial brain can make solutions possible that would never have been imagined before. Dreamt, precisely, because Deep Dream tackles many projects, both in VR and dance – to the extent that it can rethink the intimate movements of the dancer Botoh Kaoru Okumura, offering us both dream-like scenes and questions about our future sci-fi dreams.

Memo Akten, residence artist at Google AMI, spoke to us about his fascination for quantum physics and multi-dimensional journeys in space and time that this allows. In the work FIGHT in VR, commissioned by STRP Eindhoven, on display in the Realities + D area, he immerses visitors in one of these transformative experiments, working on binocular rivalry. The conscious mind only perceives one of the two images shown and alternates them depending on the eye that controls sight. The way our eyes shape the 3D grid unravelling before us is intriguing, as we become creators of a new image at its own will and in its own likeness. It is the creative act that emerges and this is the difference between a VR/AR vision and a traditional vision. The AR experience proposed by Daito Manabe and Motoi Ishibashi of Rhizomatiks Research is also interesting: originating from the development of “Border”, a piece created with the Japanese dance company EVENEPLAY; this project allows physical and virtual reality to overlap, so as to, literally, increase the point perspectives from which we observe the world. 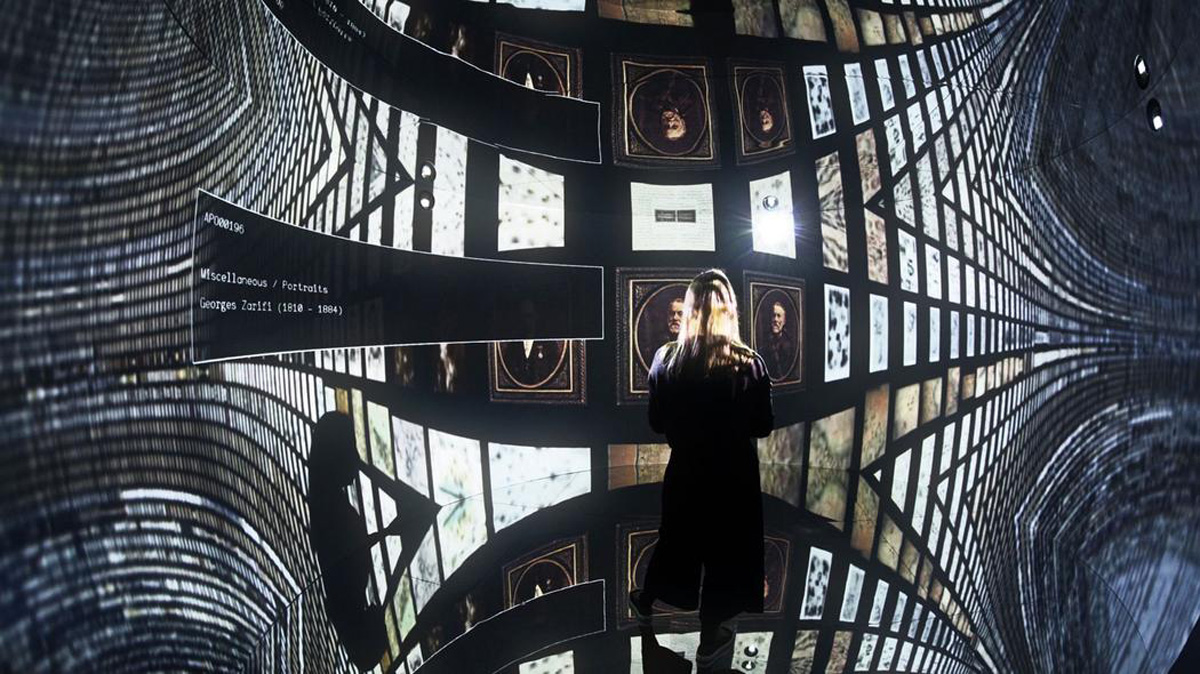 “Perception and creation are indeed two ends of one kaleidoscope”, Kenric McDowell stated in one of his articles. And, I could add, “they alternate each other”.

These perceptions specifically interact in music. Douglas Eck and Adam Roberts have refined the software Magenta, a project by the Google Brain Team which answers the question, “can we use machine learning to create compelling pieces of music and art?” “If yes, how?” Together with Magenta, Eck and Roberts want to develop a set of algorithms that can learn how to generate art and music, with the potential to create beautiful artistic and musical content, at random and without interference.

This is the “Pro(fessionist)-Am(ateur) Revolution”, which Charles Leadbeater and Paul Miller spoke about in their book “The Pro-Am Revolution How enthusiasts are changing our economy and society”. 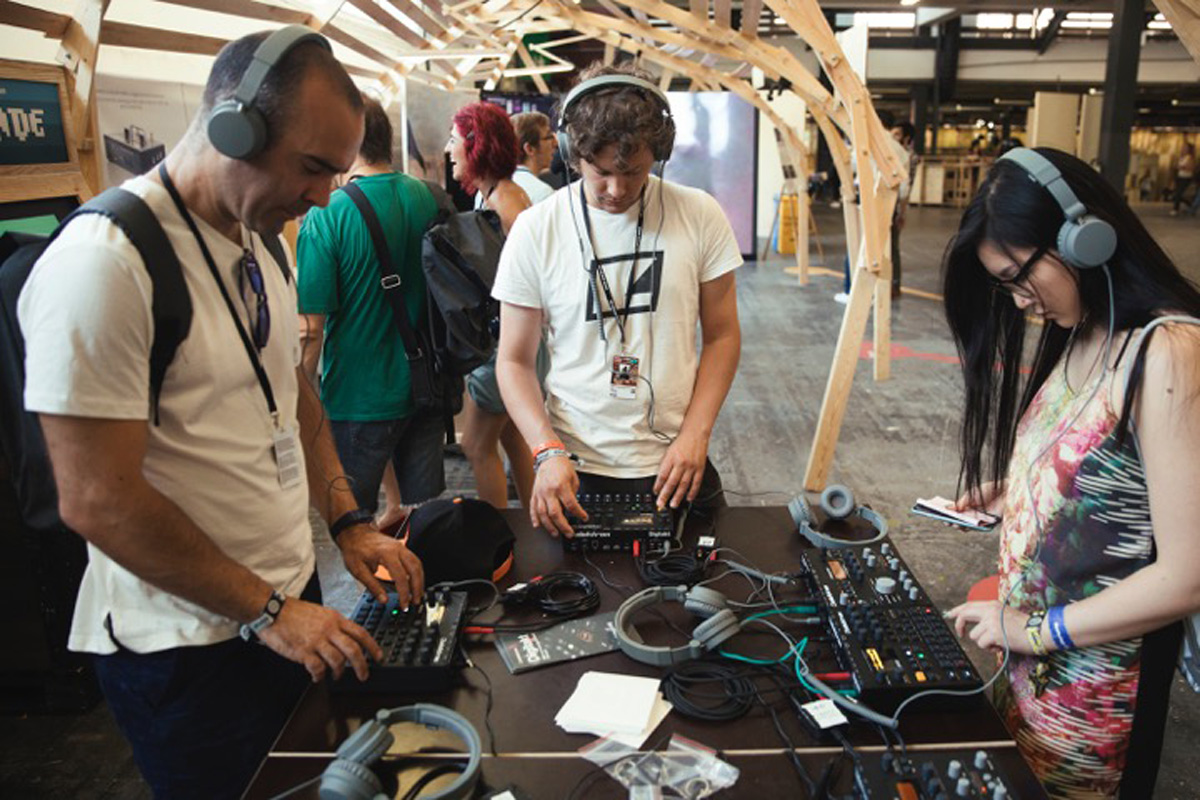 Loads and loads of music or Midi Controller start ups were presented in the section Start Up Garden and Market Lab.

AI also looks at the past and re-writes myth: “Artificial Muse” is the first mural fresco designed by a neural network. This is evidence of how AI can be a creative partner in artistic processes.

A true creative revolution is taking place and, on the opposite side, Maria-robot, designed by Professor Rotwang, emerges from its ashes, now fully working. This pushes factory workers to clash once more with machines, scared by a near future in which human work will be carried out by AI.

What is the goal of humanity? What do we need to remain human in the digital era? To quote Memo Akten, “Consciousness is the evolution’s solution to dealing with big data.”