by Arshake
in Special Project

Arshake is proud to present on its banner The Legacy of Allan Kaprow, an electronic happening for an itinerant project designed in 2016 by Paquale Polidori (thelegacyofallankaprow.org). This was developed as part of the course in Extra-media Techniques at the Academy of Frosinone, a collaboration that engaged students and artists from all over Italy. The project was conceived during a time when a double anniversary was being celebrated: sixty years since the death of Jackson Pollock and ten from the death of Allan Kaprow, a visionary artist, author of the happening concept and pioneer of participatory art. 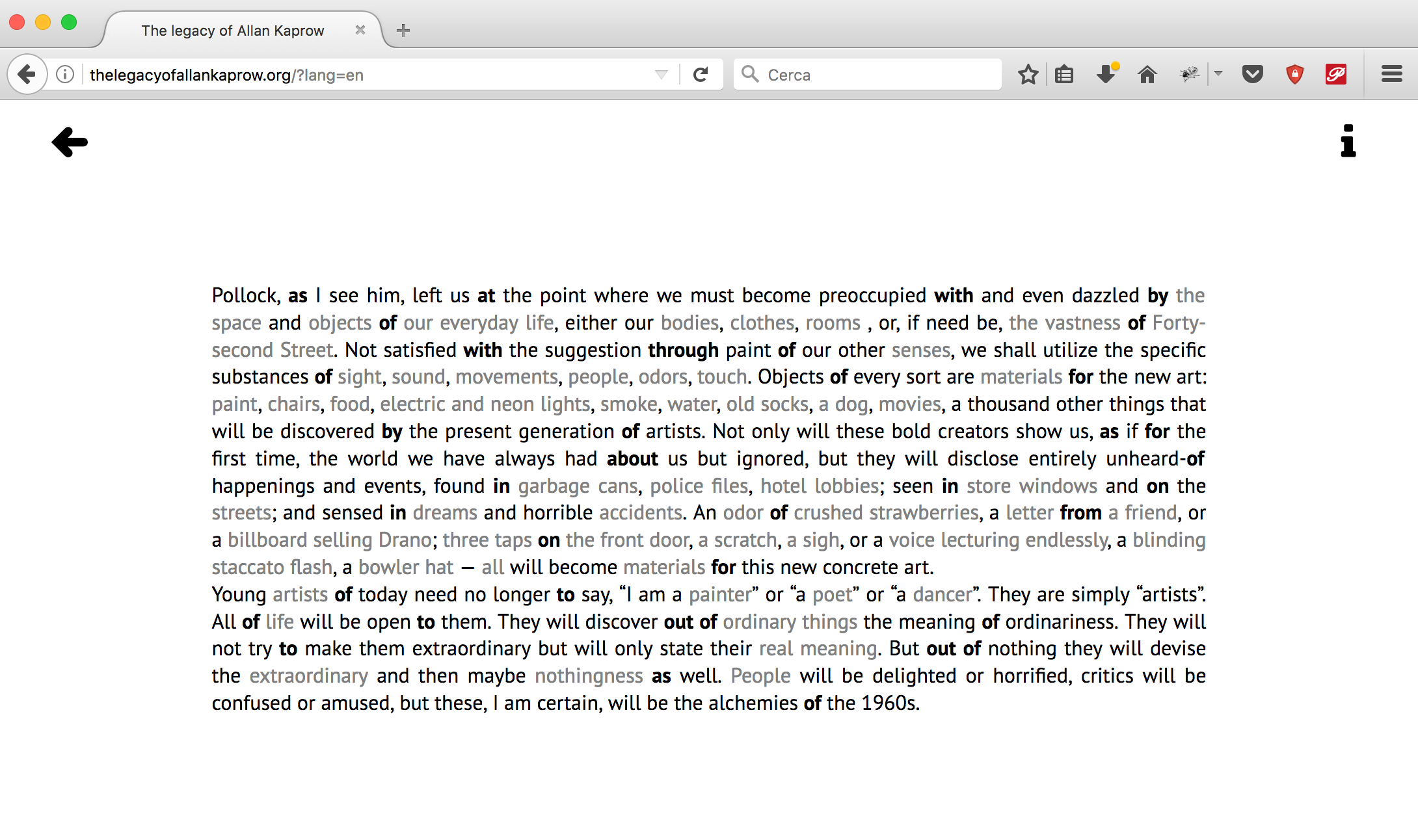 The site draws its inspiration, and shape, from The Legacy of Jackson Pollock, the 1958 text that Kaprow wrote in memory of Jackson Pollock (the theoretical reference for the concept of happening), and recovers the final part of Kaprow’s essay. Over 50 words provide access to the works of those artists invited to take part electronically through sounds, photographs, videos, texts and links. 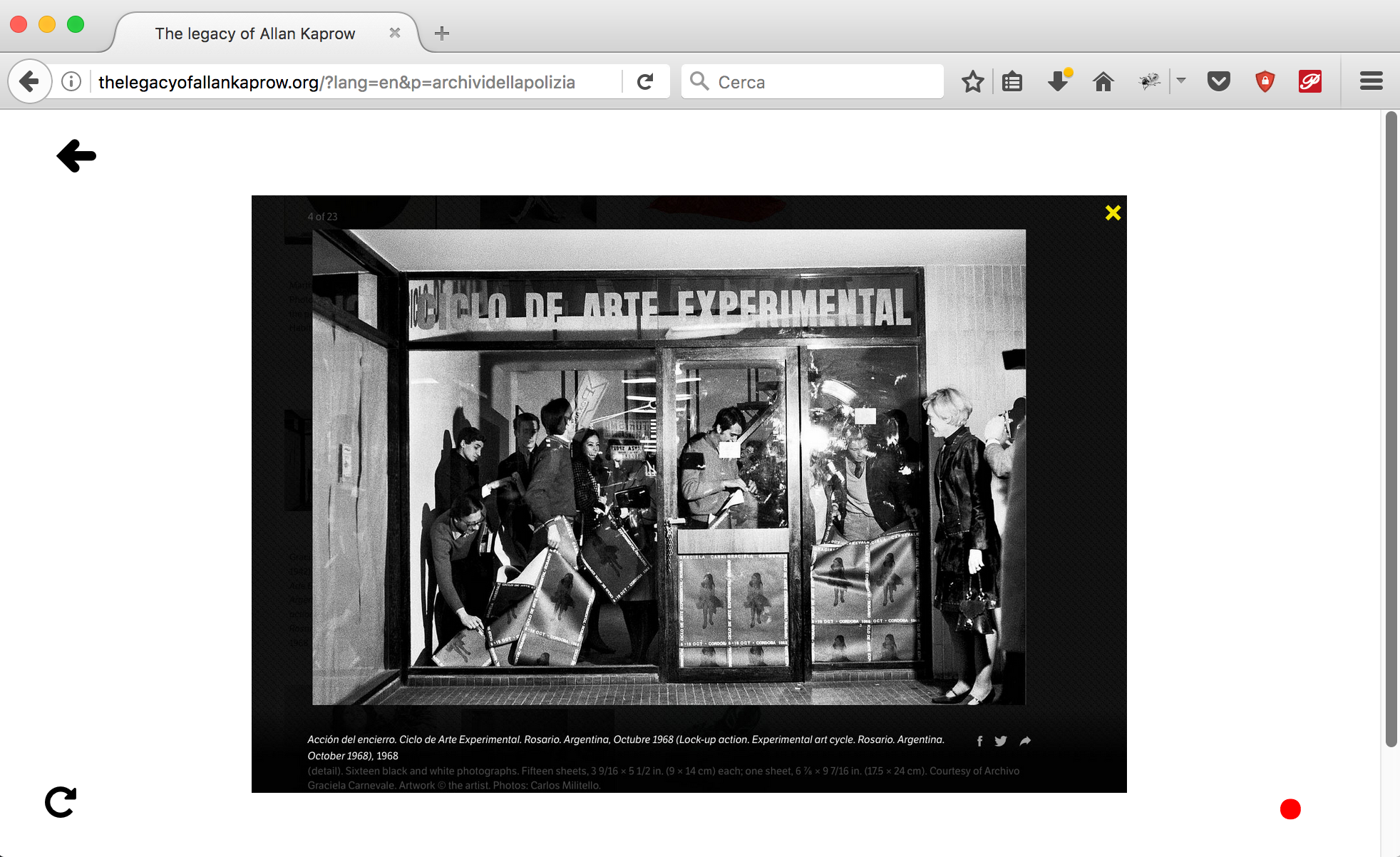 The Legacy of Allan Kaprow was presented for the first time in 2016 at the Academy of Fine Arts of Frosinone, with an introductory launch of the site and the creation of a remarkable replica of Sweet Wall by Kaprow (1970), a wall made of bricks, bread and strawberry jam – the making process of this replica concretely marked the participation of individual artists to this collective project. 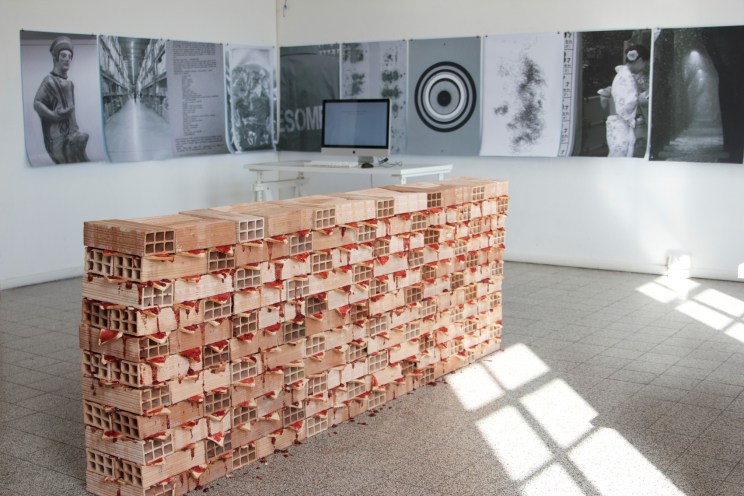 In 2017 the project was presented in its entirety at the historical gallery AOCF58 in Rome (10-21 April 2017), a presentation consisting of two videos, sixty images taken from the site and printed on paper, a text by Loredana Rea, the exhibition of ephemeral material taken from the wall rebuilt in Frosinone and the production of a special multiple: 100 numbered bricks among those used in the complete work. Pasquale Polidori generously accepted our invitation, made by Cristian Rizzuti, artistic director of Arshake and former student of Pasquale Polidori at the Academy of Frosinone, to continue the project under the Arshake banner. Working on this project has represented a period of important growth, for Arshake too. It has provided the opportunity to reconnect and continue a dialogue with many of the artists that have, to this day, developed projects for the banner, as well as finding points of commonality with new people in Italian culture. 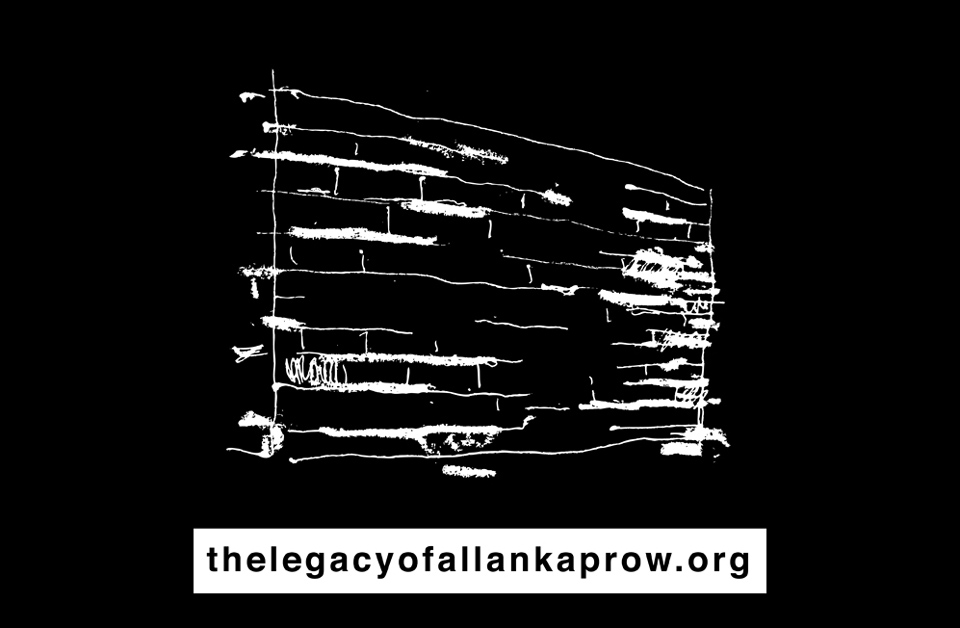 During the first few weeks, The Legacy of Allan Kaprow will be presented in its original version. New contributions to the hypertext will be announced gradually, during the course of the summer and through social media channels. You can read the following essay by Pasquale Polidori, written for this new stage of the project, and also have a look here for an explanation and history of Allan Kaprow’s text and how this inspires and lives on in The Legacy of Allan Kaprow. We would like to thank Pasquale Polidori, who has generously accepted our invitation, and all those who contributed and whose work is already on display on the site, as well as those to come. We hope you enjoy reading the essay and exploring the site.