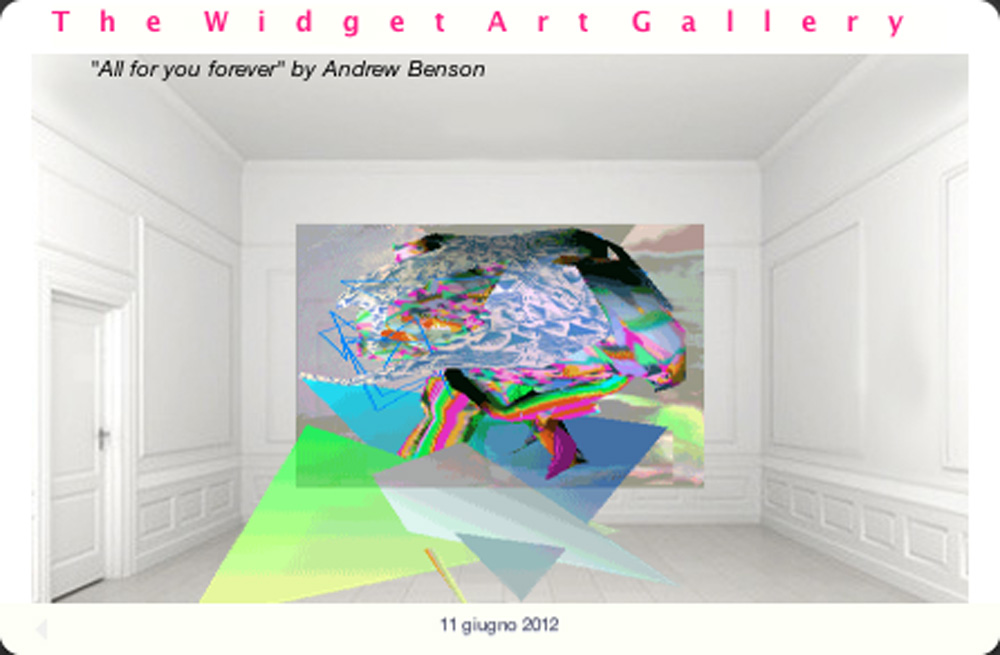 Some time ago, Arshake introduced artist Chiara Passa’s Widget Art Gallery, a gallery that exists in the space of a tiny app, just like the ones we use every day from the home screen of our computers (like the calculator, the weather forecast etc). This nifty app can be easily downloaded on mobile devices like iPhone or iPod touch.  This makes it a pocket-sized gallery, which we can consult at any time to see the current exhibition or browse the archive.

“Here, in this tiny space” – to return to the description we wrote in 2013 – “or in this microscopic reconstruction of a universe – according to how we want to see it – the artist becomes architect, gallerist, curator, divulger of works or artists considered ‘smeared’ in the everyday world, but also a jealous collector and archivist. Everything intertwines in an interconnected discourse packed with cross-references simplified by the app’s visual immediacy and simplicity of interaction. The works exhibited are created in various formats – audio file, video, zip folder, server-side procedure and gif, the latter being the favoured form because of its multifunctional nature and ease of exchange between video, photo and simple static images”. 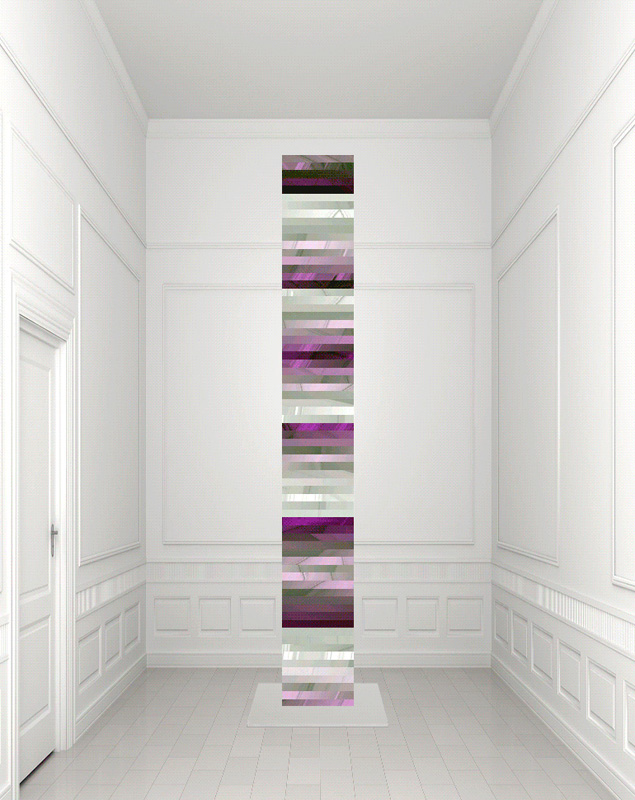 Three years have passed since we first spoke of Widget. At that time it had been four years since the gallery opened its virtual doors in 2009. A lot has happened in the meantime, numerous artists have taken their turn to define that physical space which is so real and yet so surprisingly malleable, even between the classical walls in which it is shown. Here, artworks are realised in the perception of diverse mediums, such as projections, installations, collages, materialised in a perceptual hallucination, but no less real for all that.

Chiara Passa’s curatorial choices in her selection of artists, like the works conceived by them for Widget, show a growing interest in the hybridisation of languages. Artists who are not particularly digital have taken the challenge of entering the room, translating their creative thought into the virtual dimension while always leaving a trace of their own stylistic signature. Over time, the curator’s interest has turned increasingly to the involvement of artists who are not necessarily linked to media art, yet whose work displays particularly versatile and experimental style. Among these are TOMASO BINGA (the pseudonym of Bianca Pucciarelli Menna), a forerunner for over half a century in research and experimentation into sound poetry, who took a male name as an ironic and controversial comment on the privileges of the male-oriented world. Thus a 1974 performance of hers, “Donna Ingabbiata” (caged woman), in which she is fed by a male hand through the bars of a cage, is brought into the Widget exhibition space (July-August 2015). The image of a head dangling from the ceiling poses the question of the emancipation at the disposal of the media dimension. 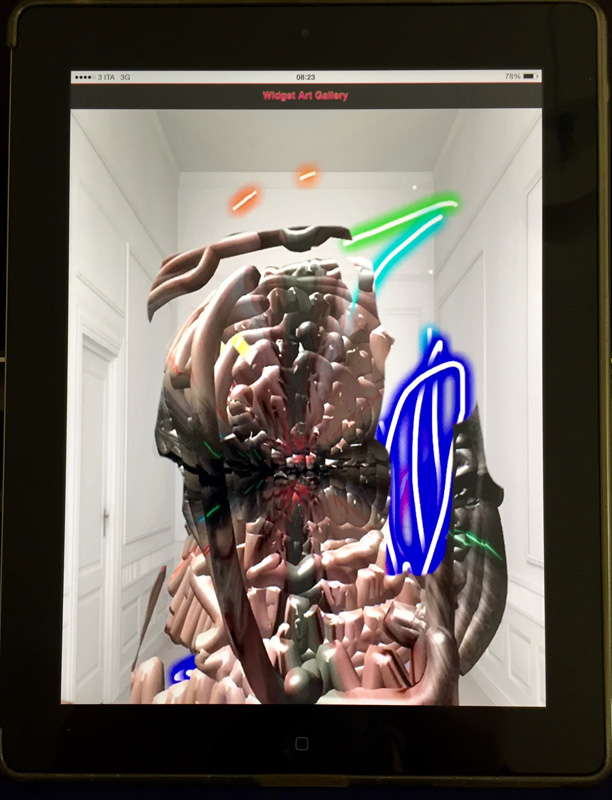 This was not a pre-meditated path. For the artist-curator, it was natural to follow the changes in language, which come from technology and waver between the liquid world and the real world, between physical tools and virtual tools, just as for the artists involved it was natural to be interested in experimentation beyond technique and beyond the screen. 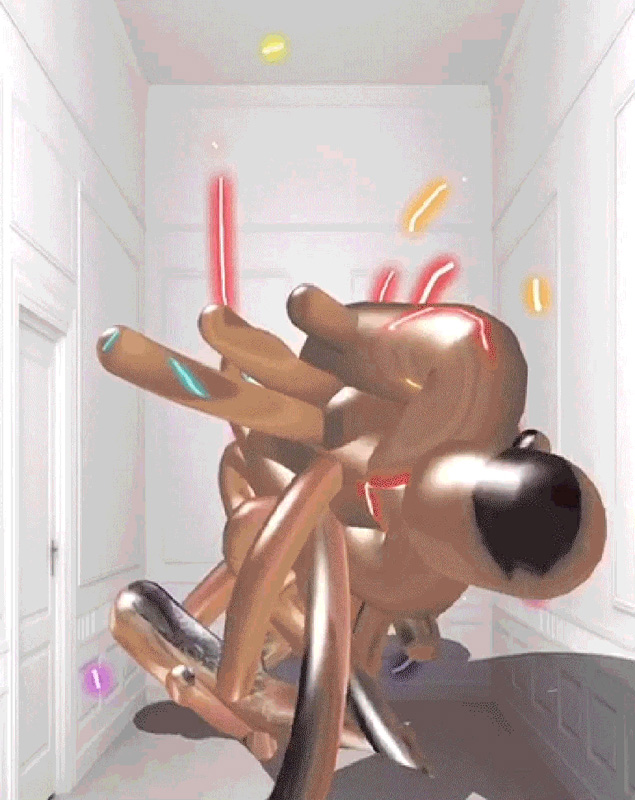 Today Widget presents a project by Michael C. Andrews,  a visual artist known for his work in the fibre art movement. “I’m filling the WAG room with flirtatious bodies. Each one does a slow striptease but instead of removing articles of clothing, the bodies are erotically turning themselves inside out. There will be five performers in total over the course of the WAG exhibition. Each one will appeal to a variety of tastes and desires. It’s like a drag show for the bodiless”. An artist accustomed to creating by doing, to exploring sculpture and action through textile construction, virtualises his performance through a performative act.

If you access Widget today, you can take a look at the second of the five performances and browse past projects in the archive, in a space where the language of the code allows our perception to take shape.