The Museum of Doria Pamphilj Palace in Valmontone is hosting «Microcosm», an exhibition curated by Antonio Trimani and Monica Di Gregorio. The exhibition gathers over 70 works by both well-known and emerging international artists in a narration of the vast horizons of contemporary art. «Microcosm» represents a symphony of voices, media, traditions and languages that reflect the complexity of a world that is caught between globalisation and a refusal to homogenise. The works on display are linked by the theme of the four primordial elements. The earth assumes a purifying valence in the fragment from Martyrs by Bill Viola (2014); Patricia Claro transforms water into calligraphy in her Cartas de Agua Trilogy (2016); Jon Rose and Hollis Taylor use air as a source of sound, and fire deposits its ashes over the sky in Gianni Lillo’s Meditazioni (Meditations, 2003).

Black Days (2019) by Kathleen J. Graves literally adopts the theme of the miniature world, concentrating the ecological memory of the Earth into a box made of recycled materials. Graves invokes a return to a natural state, in opposition to mass pollution and the power of technology. Graves’ compressed world resonates in the multitude of symbols that are mixed and relocated in a new context in the paintings by Ernest Dükü, who draws his inspiration from both African history and Western tradition to propose a plural reading of the history of humanity. 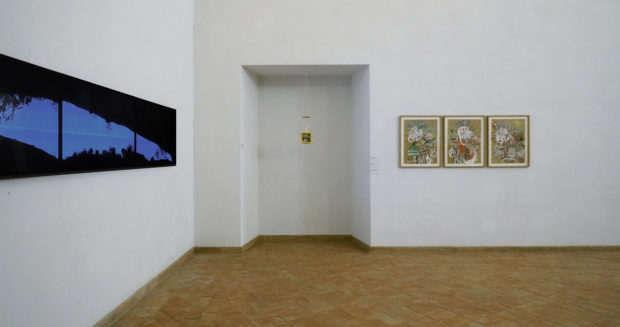 Every room traces unusual correlations that challenge aesthetic, geographical, historical, social and traditional classification systems. Silenzi (Silences, 2019) by Emanuele Giannetti initiates a dialogue between nature and artifice. The three aluminium containers that he placed on the ground recall the shape of a shell, a chest or a sound box. A mirror is placed at the centre of each sculpture, referring to a Beyond where spectators, like Narcissus, are confronted with their own reflected image. The gaze and human perception are also the focus of the video Risveglio Trittico (Awakening Triptych, 2017) by Antonio Trimani in which a foggy landscape from the Calabria region arises from the canyon of the Valli Cupe in Sersale. The breach, like an eye made of earth and rock, draws spectators into the diluted temporality of a natural environment.

The entire exhibition is marked by alternating rhythms ranging from the sounds of nature to the shapes of the city, and leads to a reflection on how we relate to the environment. In the series Bamako Crosses (2006-2012), the Ivorian photographer Ananias Léki Dago captures the contrasts, symbols and buried history of Bamako, the capital of Mali. His black and white views portray everyday life situations where the recurring presence of the cross hints at the country’s colonial heritage and the search for identity in a globalised world. 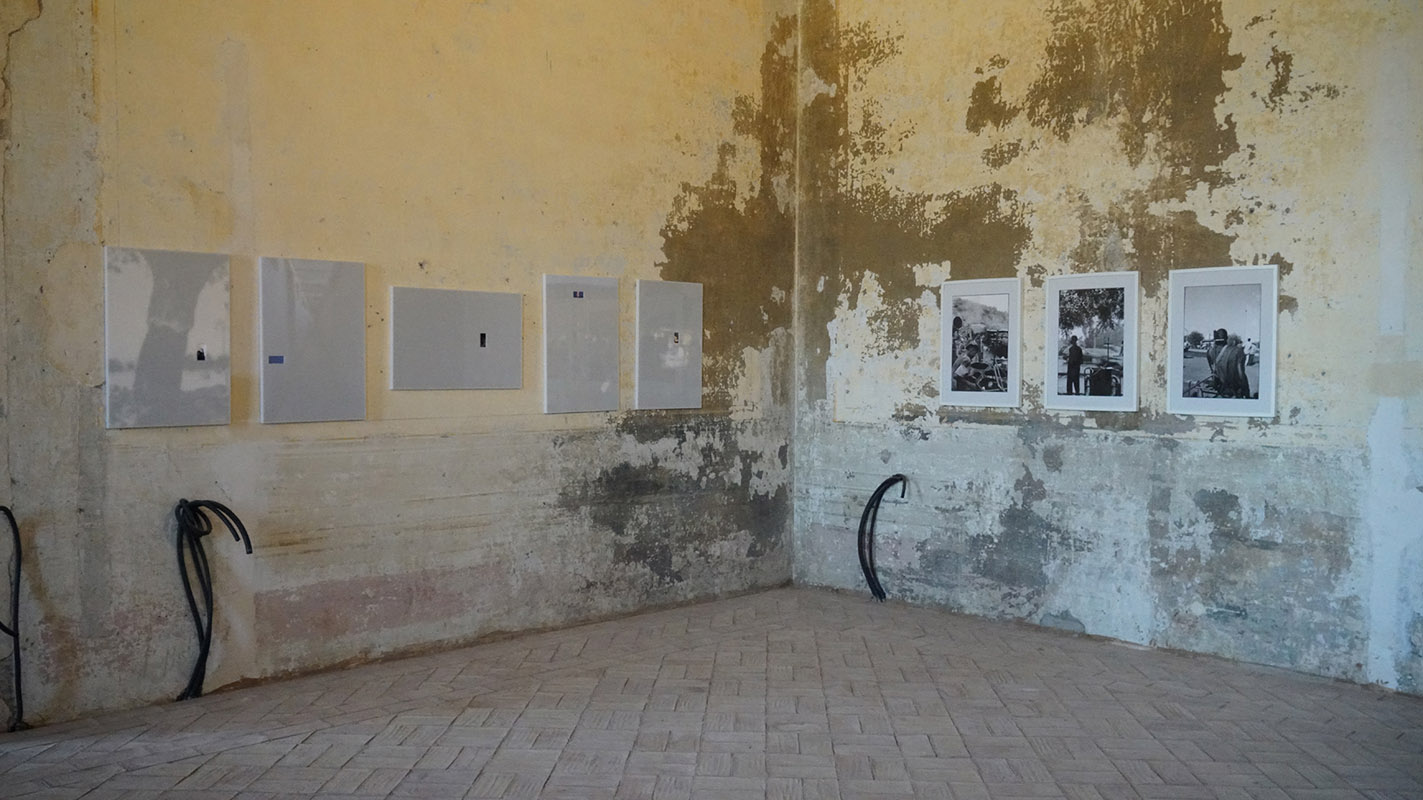 Other artists, such as the duo made up by the Anglo-Australian Jon Rose and the American Hollis Taylor, leave the urban context behind to travel through natural landscapes and explore the social dimension of « place ». After spending 8 years in the Australian desert, Rose and Taylor present a multimedia work that documents their journey in search of dysfunctional fences that they use as musical instruments. In The Great Fences of Australia (2002-2010) the two composers and violin players perform ‘borders’ in a research process between art and anthropology. 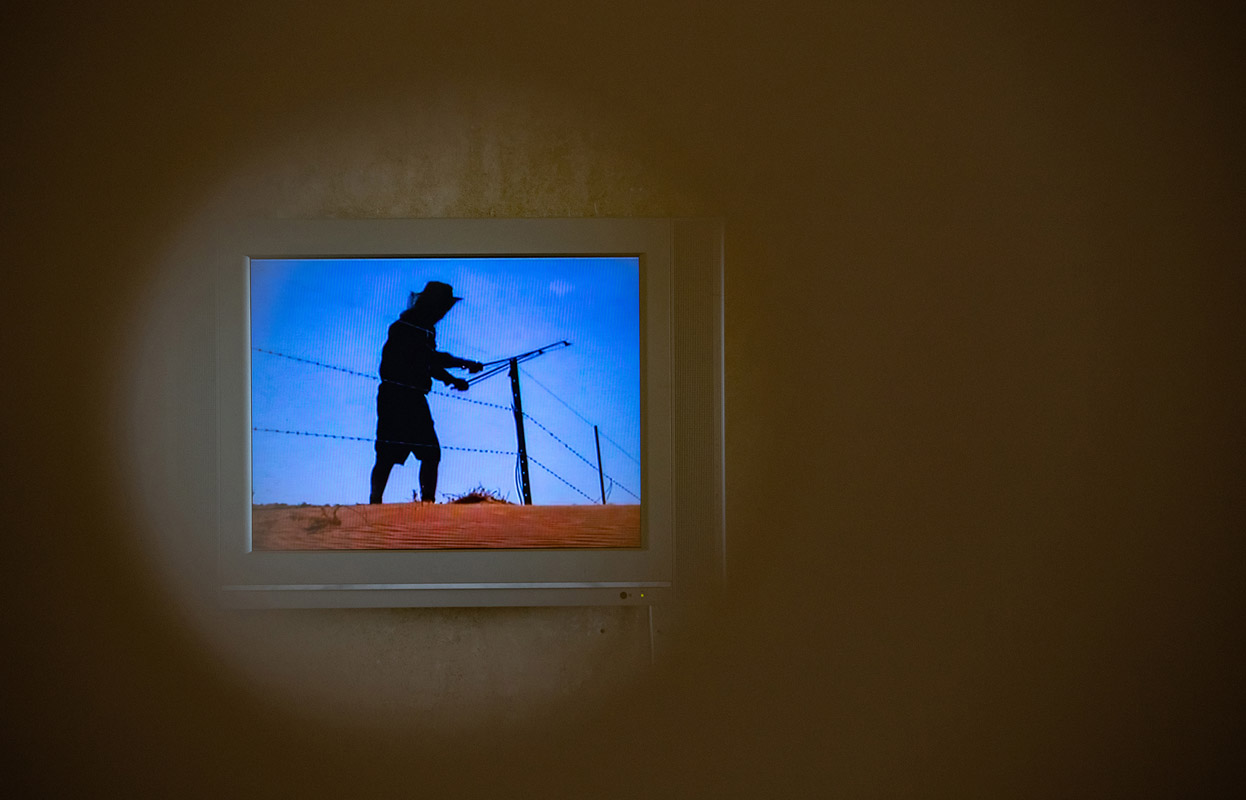 « Microcosm » highlights the connections between the contemporary imaginary and the renaissance iconography of the Palazzo through a subtle yet intuitive display. While the birds that inhabit the seventeenth century landscape catch their breath in Michael Snow’s whistling composition (Whistling in the Dark, 1975); the ‘site specific’ painting Chumowang by Suh Yongsun links the allegories that were commissioned by Camillo Pamphilj to the symbols of the founding myth of Goguryeo, the ancient kingdom of Korea.

The installation by the duo Lu.Pa formed by Pamela Pintus and Lulù Nuti, derives from the performance OLO#1, in which the signs traced by one artist are immediately erased by the other. The shared rhythm of this ritual gesture generates a form of communication that develops into a communion. « Microcosm » expands this conception of the relational field into an exhibition characterised by interdependence and dialogue.

A Virtual Reality Exhibition at the New School