Microcosm, curated by Antonio Trimani and Monica Di Gregorio, is an exhibition created to host works by artists from all over the world. Microcosm was originally a “small-scale world” that Camillo Pamphili wanted to recreate in his suburban residence during the second half of the seventeenth century, entrusting some of the major artists of his time with the task of representing the four elements and four parts of the world which were then known as allegories. 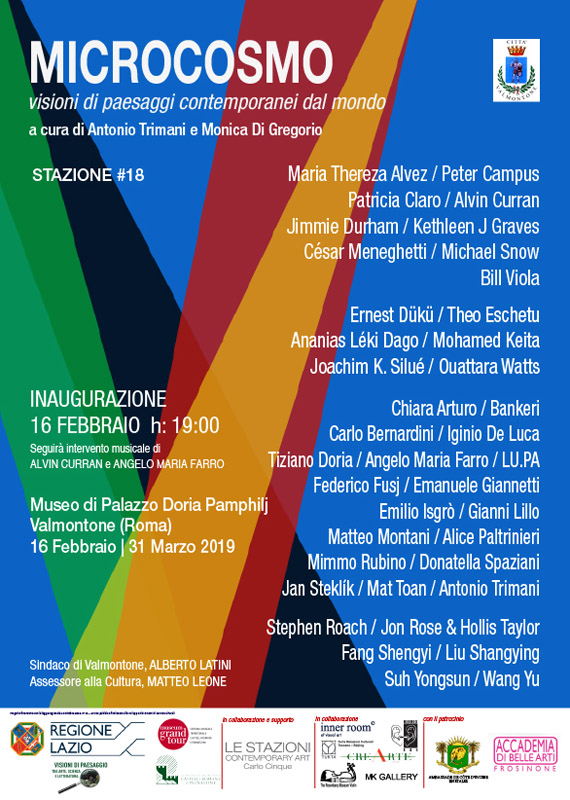 The four frescoed rooms containing the allegorical representations of the four continents will host, on the occasion of the Microcosm exhibition, around seventy works by forty different artists, thus becoming a place for dialogue and an interpretation of the contemporary landscape, understood as “microcosm” and “macrocosm”. These are the elements that all the invited artists share, a theme that is interpreted by each individual artist according to their vision, poetics and modus operandi, which expresses a unity in diversity, from global to glocal.The project will be launched on 16 February with a music concert by Alvin Curran and Angelo Maria Farro.