Miguel Chevalier and the World of Pixels

Miguel Chevalier manipulated algorithms in order to immerse his audience in alternative worlds long before anyone else. This manipulation is often achieved by writing generative software combined with an attentive use of projection. The attention of his research dives into the nature of pixel in all its creative-generative potential as well as into the power of algorithmic language as it emerges in the relationship between man and machine. 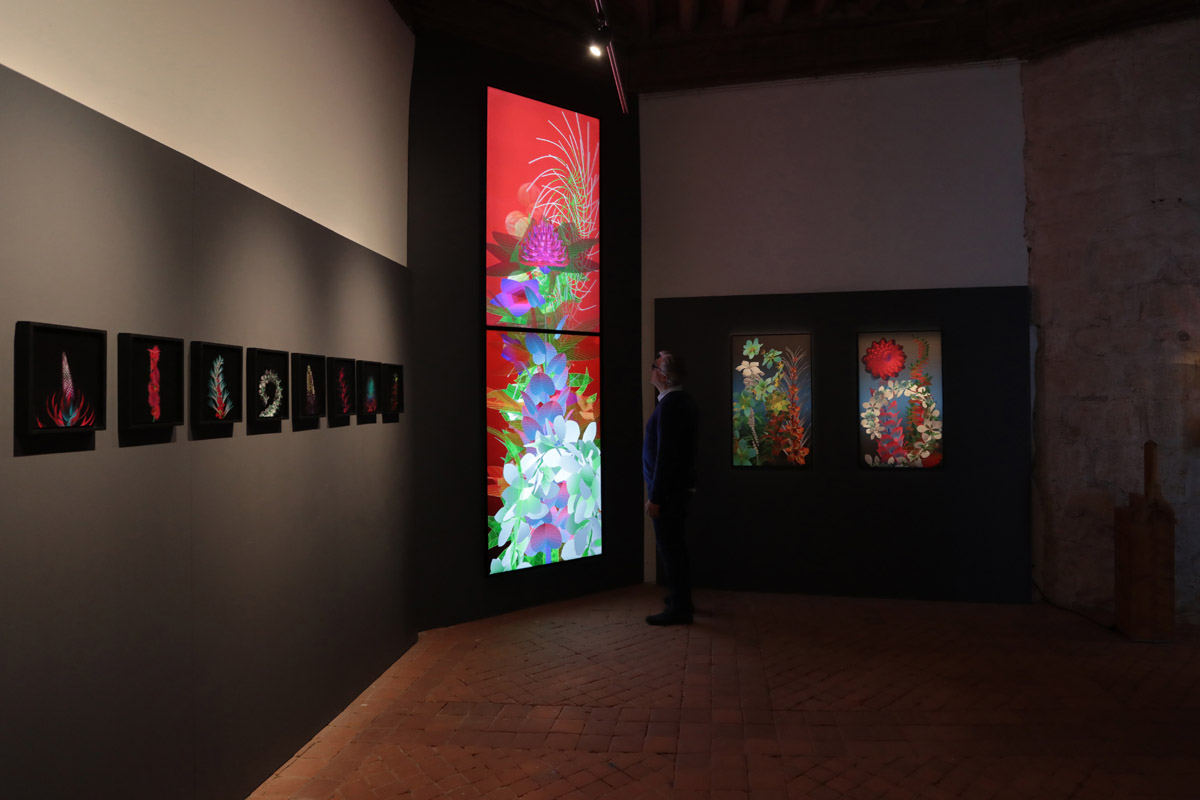 Now, in his solo exhibition “Pixels Noir Lumière” at the Soulages Museum in Rodez, Miguel Chevalier pays homage to the painter Pierre Soulages, celebrating his 100th birthday on 24 December 2019. Two interactive installations, Pixels Liquides and Origine du Monde, are designed to explore light as an artistic material. Pixels Liquides expands the digital artist’s pictorial interest, projecting a painting onto the wall that responds to and interacts with visitors. This work is conceived “as a form of ‘electronic dripping’, where the spectator, like a digital brush, imposes his own gestures and modifies the work in its development.” 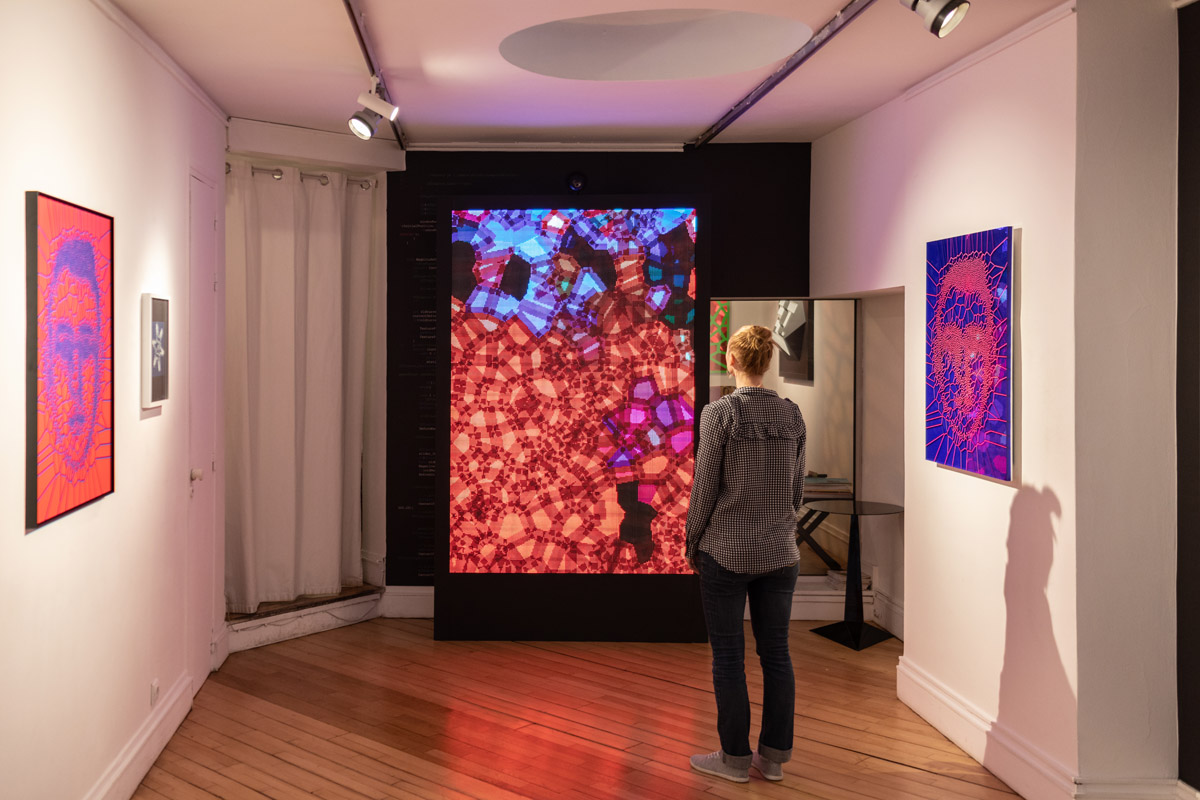 Origine du Monde, on the other hand, is projected onto the floor, where cellular universes alternate and give shape to abstract paintings in black and white. These black and white paintings represent various universes consisting of cells which multiply, merge and then divide, each according to its own rhythm. Microscopic life is reunited with its instruments of representation, uniting just at the moment everything is swallowed up by the vortex of digital matter, reflecting what was once distinctly defined as ‘real’.

Several works in the solo exhibition currently on view in Paris shift the attention towards the representation of man, taking shape as self-portraits under the impact of the surveillance. The body is digitalised and recognised through facial recognition systems, produced by an algorithm and translated into an image following a data elaboration process. 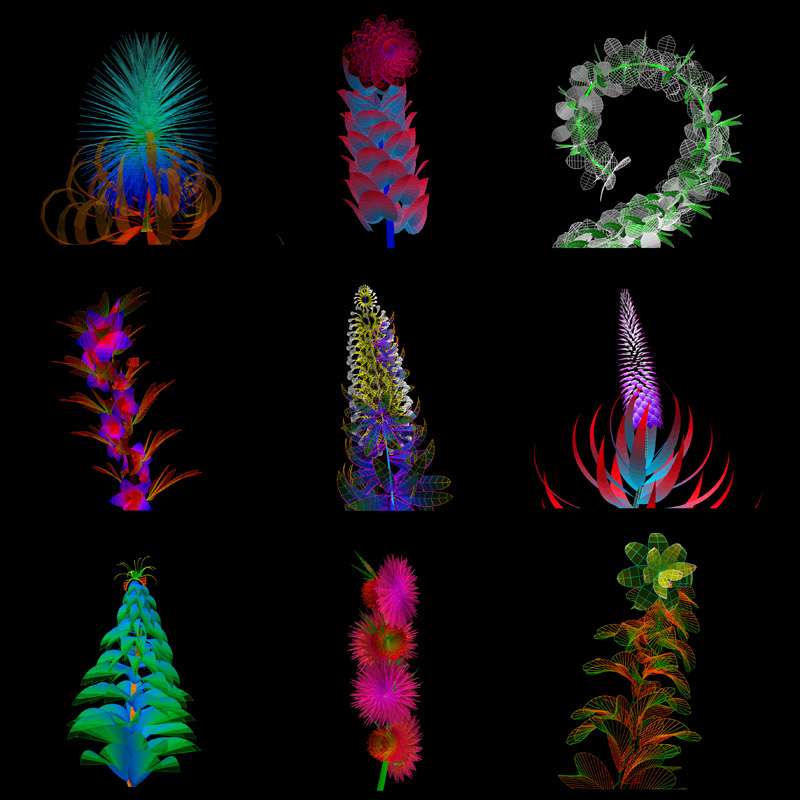 The eye that observes no longer belongs to man, mediated by the lens, but is the eye of the machine which, in the case of images obtained from surveillance systems, decides from what angle the photo is taken and when. In the Parisian exhibition, a series of unseen works that examine the theme of infinity are also on display. 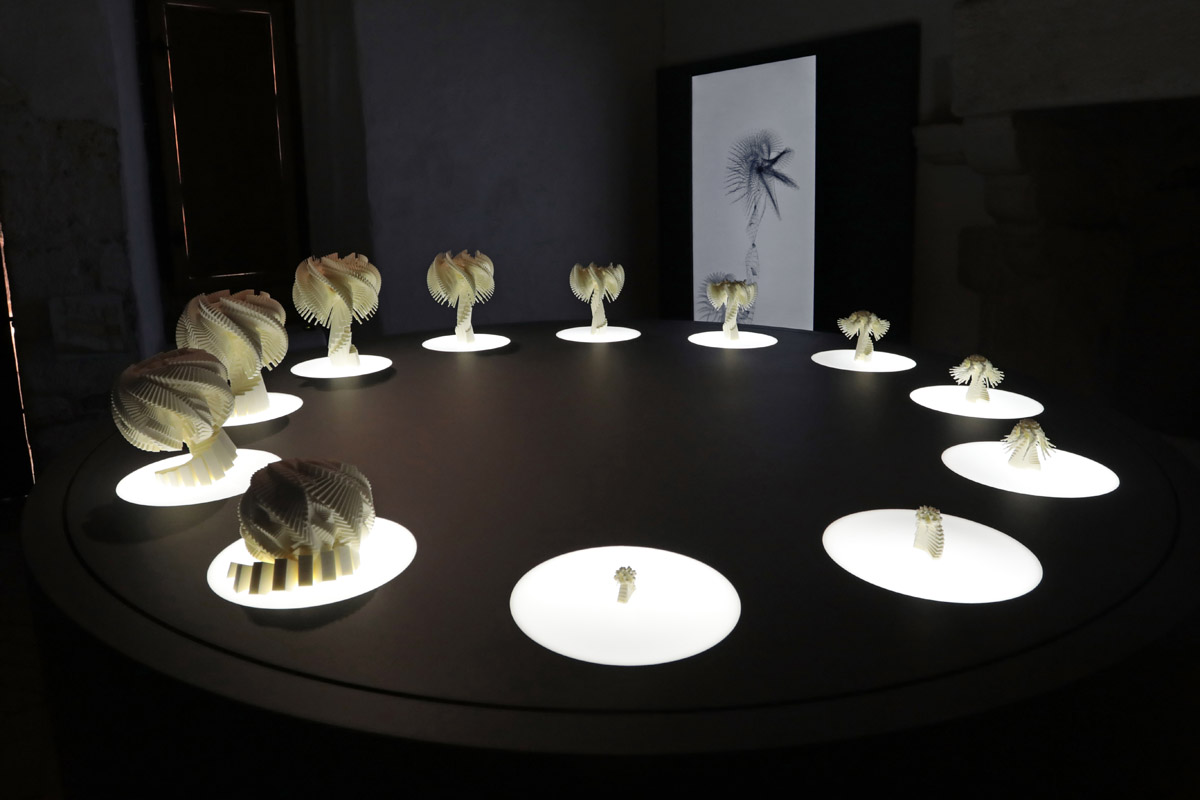 Some years ago, we observed Miguel Chevalier explore and rebuild underwater flora and fauna in the monumental spaces of the Submarine Naval Base in Bordeaux. Art and artifice, always present in his works, can now be seen in the digital sculptures on display in the collective exhibition “Arte Botanica” in Domaine de la Roche Jagu in Ploëzal (France). Once again nature, mathematics and machines come into play in a game of interruptions, sucked into the fluid vertigo of an increasingly hybrid nature, where pixels and physical matter merge into one.