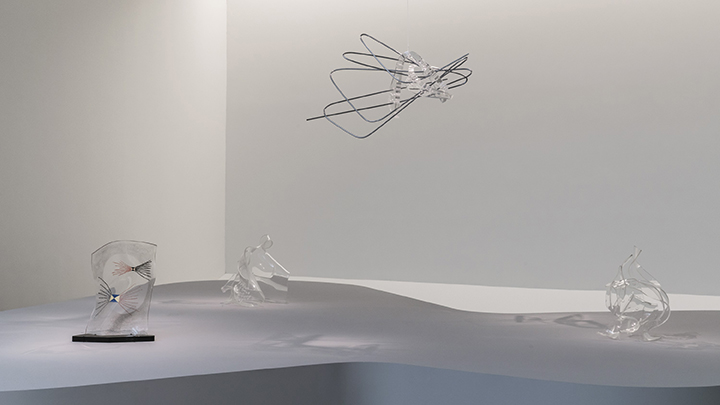 “Moholy-Nagy: Future Present», the major retrospective of the work of artist and educator László Moholy-Nagy (1895–1946) is currently on show at the Guggenheim Museum in New York, where it will soon close and transfer to two more American venues: the Art Institute of Chicago and the Los Angeles County Museum of Art, which are also co-organizer and co-promoter of the exhibition.

László Moholy-Nagy is famous for his modernist utopia, which saw the potential of technology as a means of social transformation. The exhibition includes more than three hundred works from American and European collections both public and private, which provide a cross-section of his versatility as an experimenter, a visionary and a constructor of multidisciplinary and interdisciplinary methods. A teacher at the  Bauhaus School of Art and Design (by invitation of Walter Gropius in 1923) and founder of the Institute of Design in Chicago, he was also an extremely prolific writer, leaving us texts which are today more current than ever, such as Painting, Photography and Film (1925), to mention just one example among many. 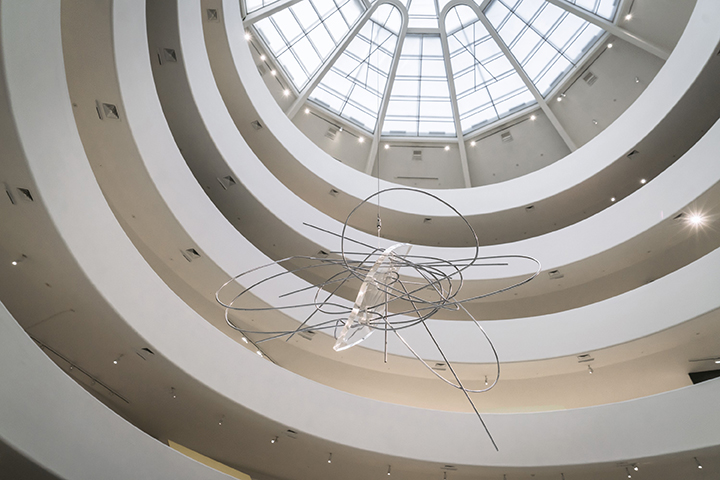 Moholy-Nagy’s visionary approach led him to experiment with photography, and technology in general, in ways which were creative and, for his time, totally avant-garde. He considered the Kamera, for instance, as a true interface between man and reality. In his painting and sculpture he introduced industrial materials unconventional in the period; his experiments with light were similarly unconventional. Moholy-Nagy painted space directly, rather than representationally, thanks to his creative use of technology and the applied arts. Examples of this are his photograms painted straight onto film, his light-space modulators and his photomontage works. 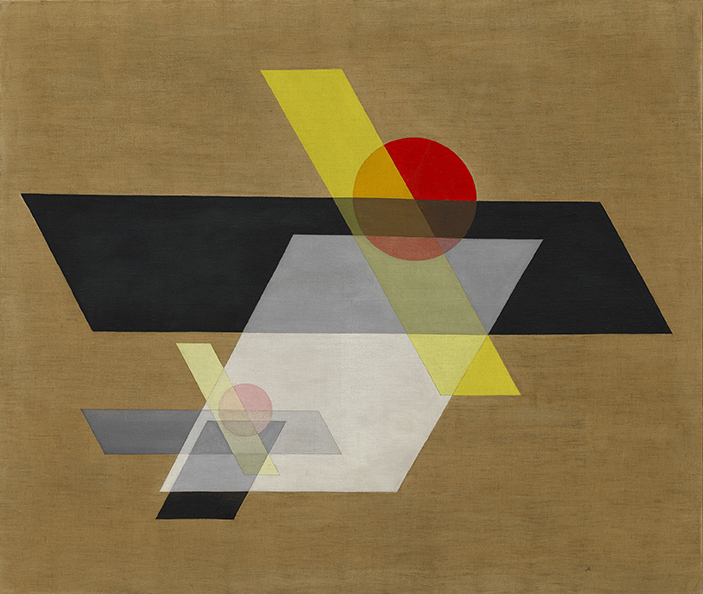 The exhibition includes a reproduction of the prototype Room of the Present / Raum der Gegenwart, an exhibition space conceived in 1930 by Moholy-Nagy, in conjunction with the visionary director of the Provincial Museum of Hannover at that time Alexander Dorner, to represent the power of images and the spreading of information. The project was never realised during the artist’s lifetime, due to lack of funds. In 2009 the work was reproduced by designers Kai-Uwe Hemken and Jacok Genert for several European locations, and now, for the American shows, by Senior Exhibition Designer Kelly Cullinan,  who draws inspiration from Moholy-Nagy’s thinking and writing on the idea of space. The room contains photographic reproductions and design replicas as well as his Light Prop for an Electric Stage / Lichtrequisit einer elektrischen Bühne, recreated in 2006. 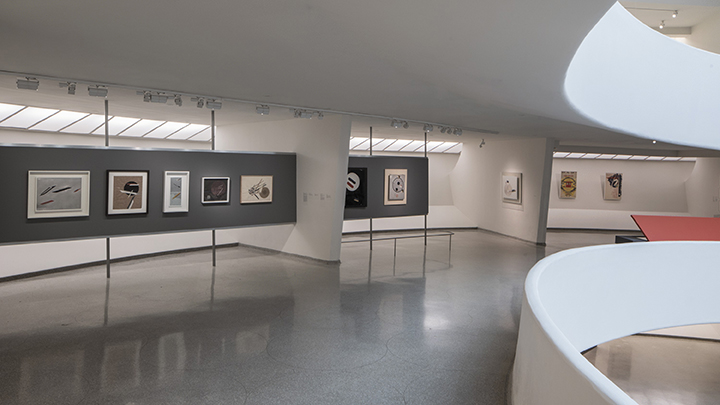 Moholy-Nagy is a central figure in the history of the Guggenheim Museum, where Solomon R. Guggenheim and his advisor, artist Hilla Rebay, began collecting his paintings, works on paper and sculptures in 1929.These are the last days for a visit to the exhibition at the Guggeneheim, where the works are arranged in chronological order following the spiral formed by the museum building. The retrospective will shortly travel to the Art Institute of Chicago (02.10.2016–03.01.2017) and the Los Angeles County Museum of Art (02. 12–06. 18.2017). 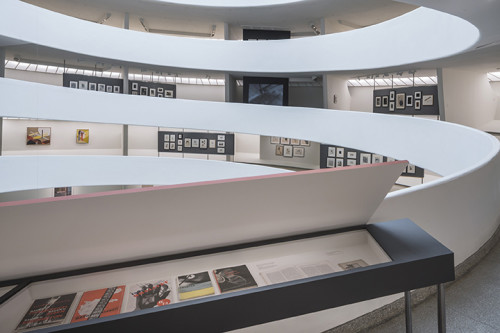 The exhibition catalogue is announced as the most exhaustive book on Nagy’s work published in English, and features works using every kind of medium: painting, sculpture. photography, graphic design and film. Besides discussing the artist’s life and works, the articles address specific themes such as the conservation of Nagy’s works and his impact on the redefinition of the artist in society. Particular attention is paid – understandably – to his years in the United States and his leadership of the Chicago Institute of Design.