The impressive exhibition Rhizome.org, Net Art Anthology, continues with its second chapter, centred on works created between 2002-2008, which is about to come to an end. 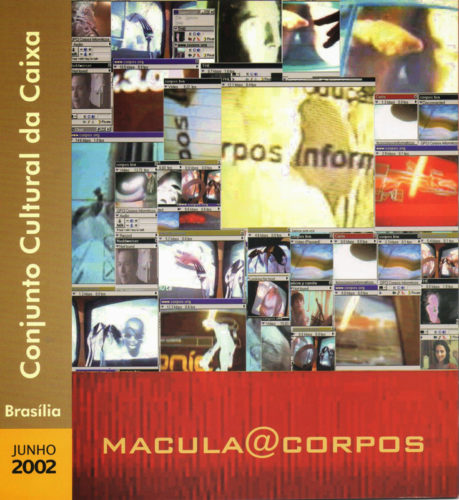 In 2002 Corpos Informaticos, a collective formed at the University of Brasilia in 1992, were particularly interested in the physical presence of users inside the digital communication network. Through a network system based on webcams, the founder Bia Medeiros explores the opportunities created by the act of sharing with multiple users, located in various cities around the world, over the course of long discussions and online banquets. “Telepresence 2” is the collection of these tele-performances recorded by the digital eye of the webcam. This is not so much the case of real bodies transferring their presence online, but rather the start of new modes of communication and expression.

Once again the body takes centerstage in a classic work of Latin American Net Art, “Ephitelia” by Mariela Yeregui (1999). This dynamic web page built with HTML could be accessed via the Netscape browser. The interface was made up by images of body parts, popup pages, photos and drawings. All these elements constituted a fragmented and collective ‘body’ of text, aesthetically in contrast with the commercial style adopted by other websites of the time. The work has been restored for this exhibition, since it had previously been designed for a version of Netscape that is now obsolete. 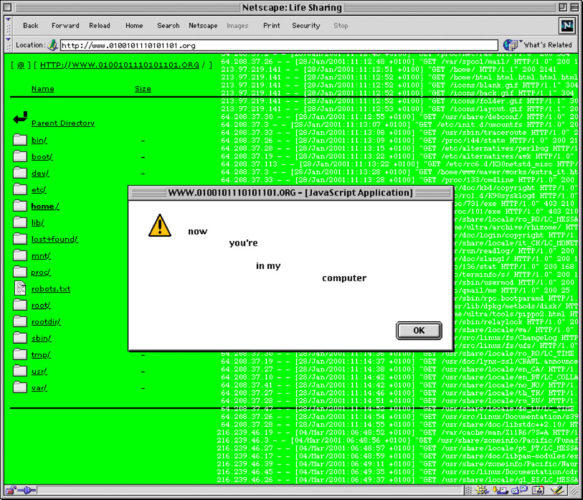 It is clear, however, that every body requires an individual, a personality, a real life that moves inside the world and becomes shared data when interacting with the web. Eva and Franco Mattes, aka 0100101110101101.org, identified this in the early 2000s. Their work “Life Sharing” was a radical act, liberating but also carrying a certain amount of risk. For a few years these two artists turned their digital life over to the public, who could even download it. Bank accounts, photos, emails: everything on their computer was accessible to Internet users. A long time before the outcomes seen today, the choice of Eva and Franco Mattes had already underlined the deep relation that connects real life with digital culture, defining the very concept of privacy as meaningless and obsolete. 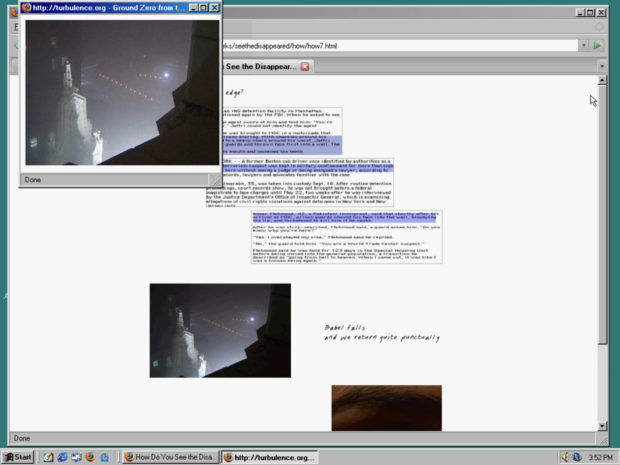 The use of information about free citizens is brought into question when this data is used for political purposes. In 2004, following the aftermath of 9/11 in the US, the government of the time responded by taking people into custody (who sometimes anonymously disappeared) and only released information about their nationality and the fact that they were probably all Muslim. The climate of control and repression of those years did not go unnoticed by artists Chitra Ganesh and Mariam Ghani. Their project – the web archive “How Do You See the Disappeared? A Warm Database” – was an attempt to deconstruct the cold invisibility these detainees “of special interest” were subjected to by collecting ‘warm data’, in other words personal information, in the hope of gathering efforts for activists supporting the most vulnerable communities.

Aesthetics, politics and virtual bodies are three key themes which new media artists appeared to explore in those years. There were clearly multiple and diverse practices that went beyond the aesthetic qualities of the web page and engaged in an increasingly intense dialogue with every sphere of culture and information. This all-round reflection on a changing world could not shy away from viewing the web as a meeting and sharing space, an essential element in the search for meaning.