Notes on an exhibition efímeras 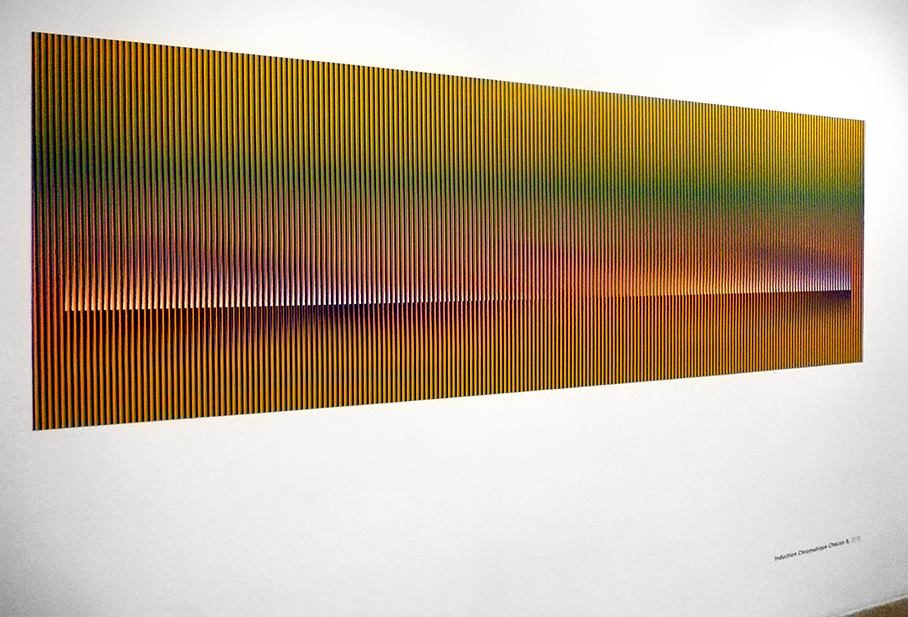 At the Chacao Culture Centre, a wonderful space which since 1993 has worked on many projects to do with tradiciones venezolanas, emerging artistic expressions and – in the conviction that knowledge is true power – the promotion of culture, an exhibition by Carlos Cruz-Diez (born Caracas, 1923; has lived and worked in Paris for many years), curated by Taller Articruz Panamá, invites us to reflect on the timescale of exhibitions, on artworks and their ability to be reproduced. Efímeras – this is the title that accompanies the show on its travels – is a kinetic journey, not only linked to a particular aspect of Cruz-Diez’s work, his exploration of the two-dimensional (where static becomes dynamic and dynamic static), which has occupied him since 1959, but also a meditation on the return of the aura, on the hic et nunc, on the work as uniqueness. 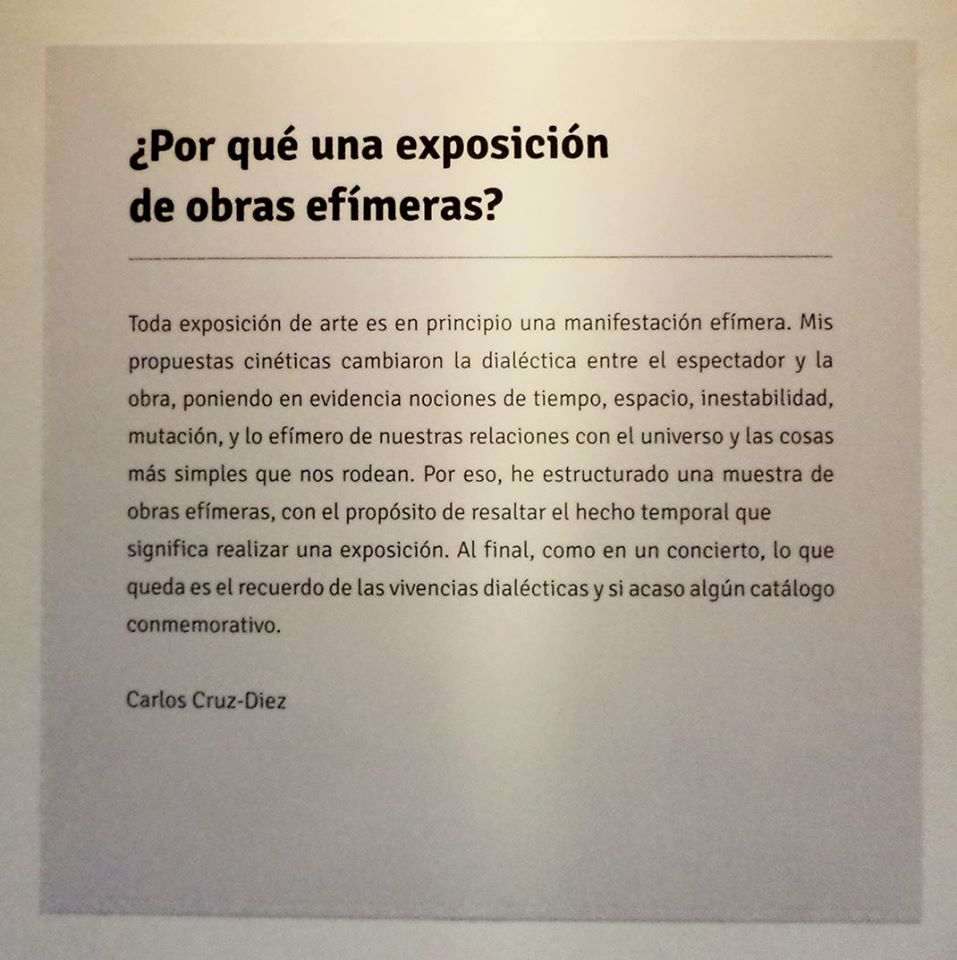 Using materials which are highly reproducible and easily installed (to start with, the entire exhibition was sent by email and will be destroyed when the show closes), the artist pins down the concept of reproducibility, creating a whole that can only be experienced by going to the exhibition venue where the show’s duration is added to the optical movement produced by each individual work hung, to scan its cycle of life: “I’ve structured a display of ephemeral works, with the aim of highlighting the temporal fact that is the making of an exhibition”. 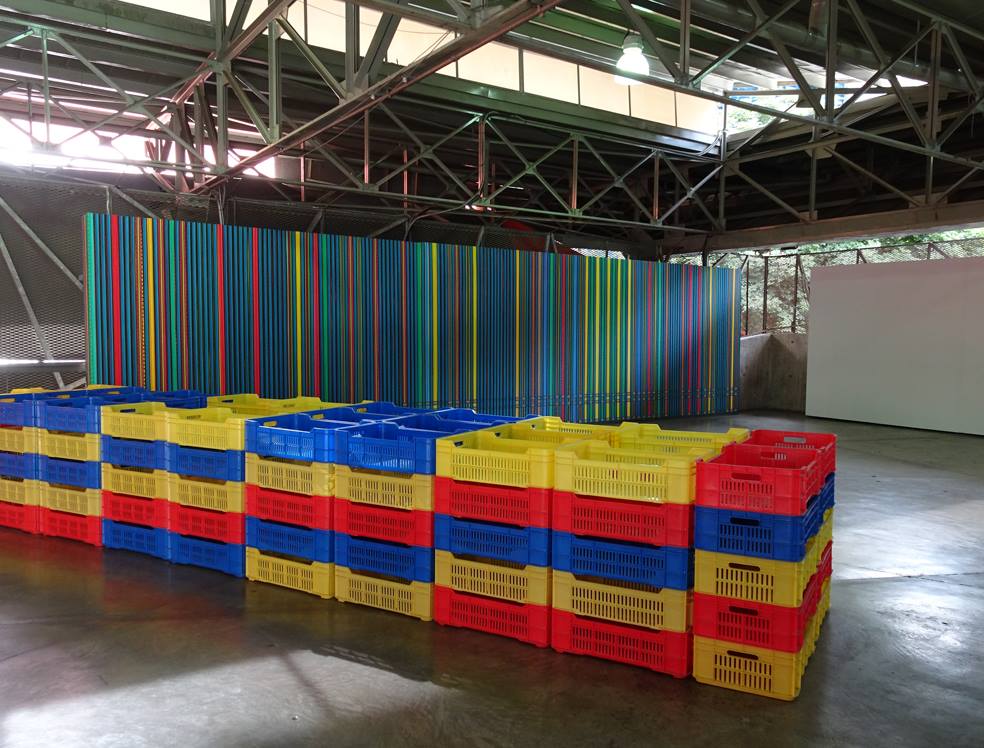 With his Experiencia Cromática Aleatoria Interactiva, Cruz-Diez already emphasises the importance of new technologies in his artwork (his Foundation offers a downloadable app which invites users to manipulate “figures and lines of colour, and observe how new colours are revealed, not present in the medium”: cruz-diezfoundation.org/es/actividades/actividades-editoriales/cruz-diez-app-es.html), the participatory relationship between his work and the public, between his own creative experience and the intrigues of the world. Now, for the Chacao Culture Centre, the artist creates a project which loses itself in the flows of the everyday, which displays its fragility in time – the work is no longer eternal, unchanging – and continues to live only in the virtual sphere, through other forms of technology, such as social media. 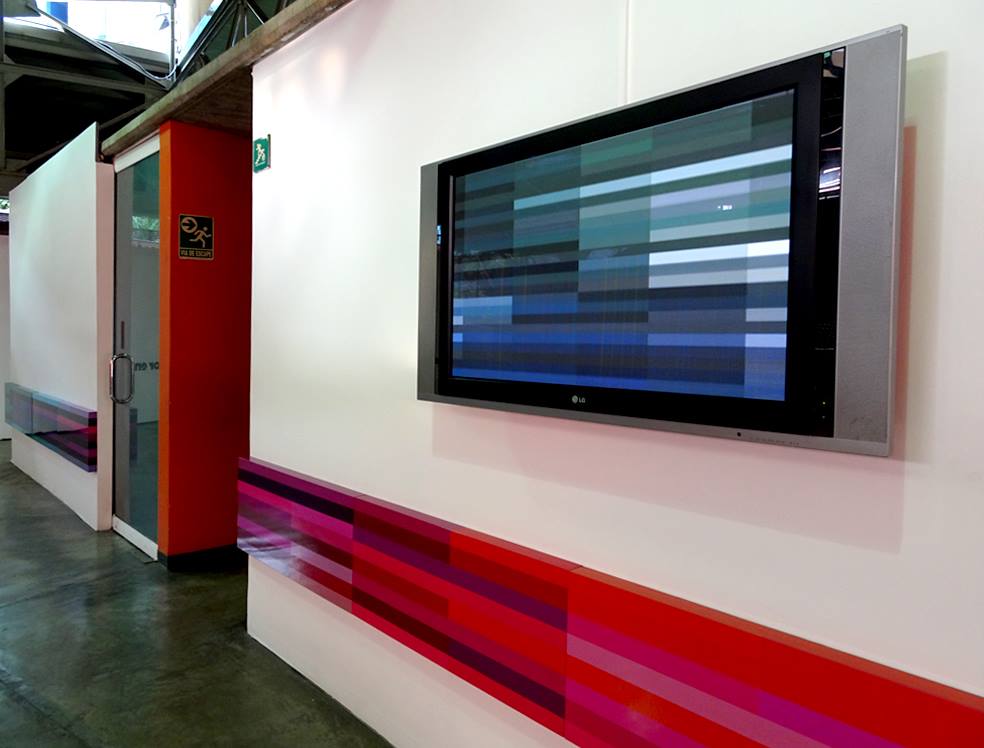 On the second floor, after a journey through Cruz-Diez’s chromatic wonders, the visitor is greeted by Color en tres, an exhibition curated by Susana Benko which offers the work of Elizabeth Cemborain, Marylee Coll and Lourdes Peñaranda: a collective show full of crisp colours and pungent tastes. Here we can perceive the dialogue with the kinetic atmosphere exhaled by the works and immerse ourselves in reflections which touch on the hours, days, month and years of an emerging society and world.