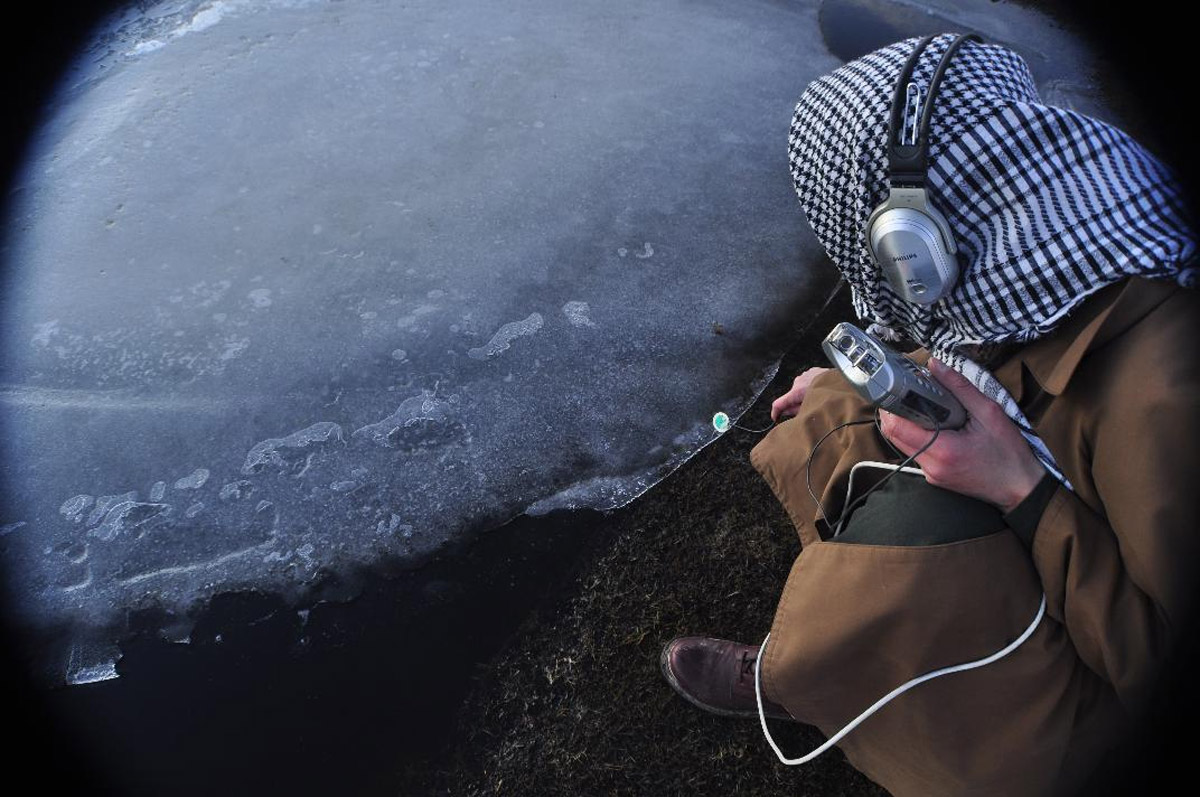 Otros Sonidos, Otros Paisajes is an exhibition of sound works that originates in and reconnects to the landscape of Chile, “a geographical South, fragmented into a series of acoustic ‘routes’ that bring into play the sense of a linear story, explored through listening points that allow the visitor to ‘hear’ and grasp its hidden aspects”. The landscapes are Chilean places and geographies, from the Atacama desert to Patagonia, the outskirts of Santiago to the Bío Bío region, ultimately reaching to the southernmost tip of the country, towards Antarctica. 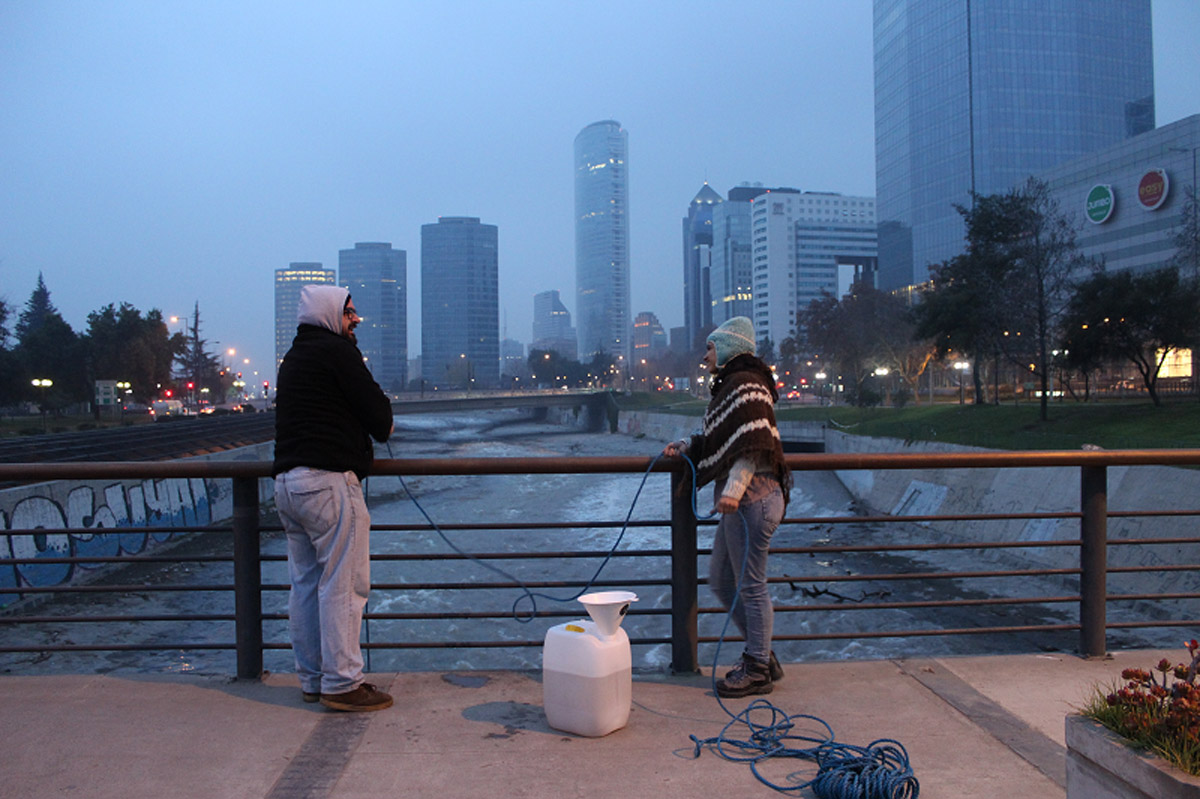 This profile of the landscape is drawn by five Chilean artists using different visual and sound perspectives. In Atacama 22º 54′ 24″ S, 68º 12′ 25″W (2013) by Fernando Godoy, abandoned sites in the Atacama desert – a salt mine, a railway track, buildings and villages of bygone days and now part of a new landscape – take the form of memory in ambient sound recorded in situ. Photography, video and sound recordings come together in the final structure of Hidroscopia / Mapocho (2016) by Claudia Gonzáles Godoy, directing perceptions to the Mapocho river and the natural and artificial processes that have fragmented and altered its course. Claudia Godoy’s is a work of “water-soundtracking” using an element of Chilean landscape and based on its nature as audible and inaccessible to the other senses. Conferencia de Pájaros Cantores (2016) by Sebastián Jatz centres on the work of Chilean poet and singer Violeta Parra (1917-1967), reinterpreted in conjunction with sounds recorded in certain Chilean landscapes and transmitted by means of an Aeolian harp, whose strings are activated by the wind. The voice of Cristina Calderón – the last female speaker of the Yagán language used by the indigenous population of Chile’s southern coast, who were decimated by European colonisation in the nineteenth and twentieth centuries – offers a new viewpoint from which to observe the Chilean land through the imagination. A soundscape of the Antarctic peninsula is created in the work of Alejandra Perez Nuñez, in which digital images are superimposed on traditional arts like embroidery on fabrics; the sound map is animated by interaction with the audience. 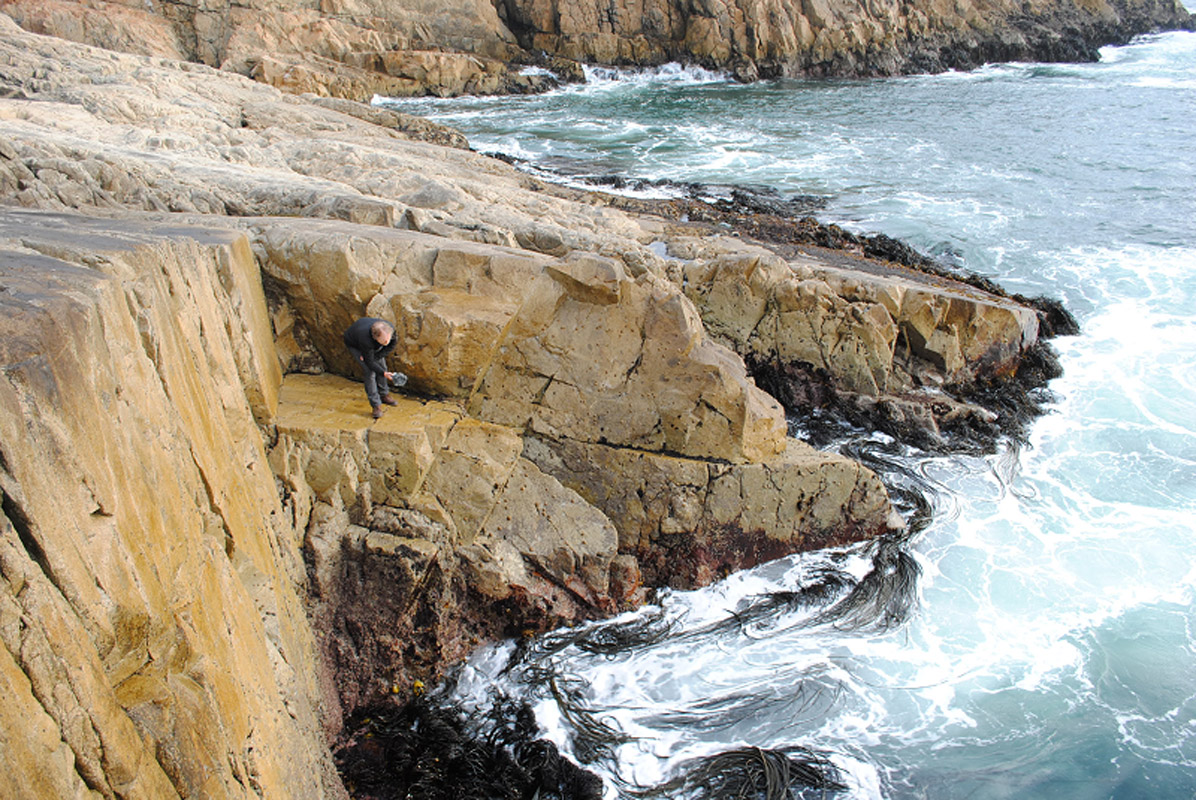 “Otros Sonidos, Otros Paisajes” – the two curators explain in the introductory note to the catalogue – “is a journey constructed along unfamiliar trajectories, a drift in sound form towards a geographical South fragmented into a series of acoustic ‘routes’ that bring into play the sense of a single narrative, transparent and authorised, explored by means of listening points that allow the visitor to ‘hear’ and grasp its hidden aspects”. 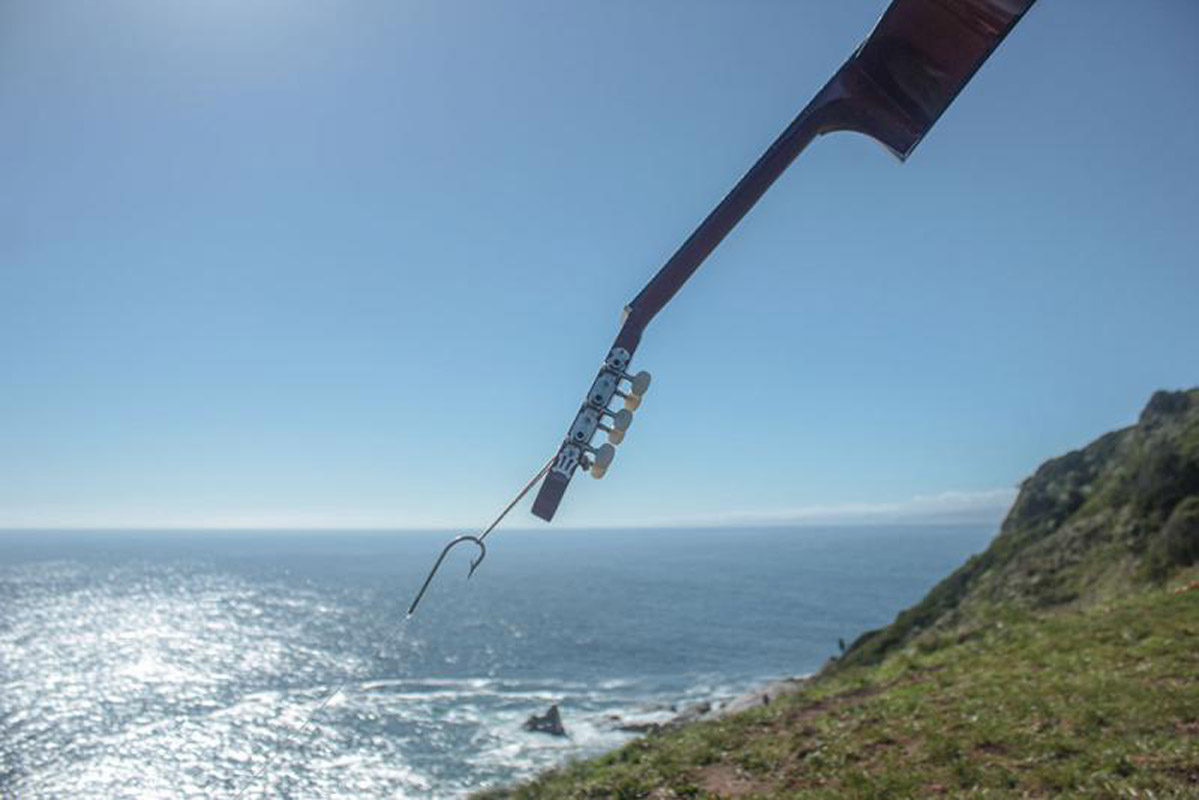 In the catalogue the voices of curators, representatives from institutes, artists and critics alternate in a choral discourse in which the natural and anthropological contours of the Chilean territory are intertwined with the material contours of sound, “an autonomous language and device which can bring to the fore a series of legitimate paradigms, moving beyond a purely musical framework”. (Pisano, Arévalo). 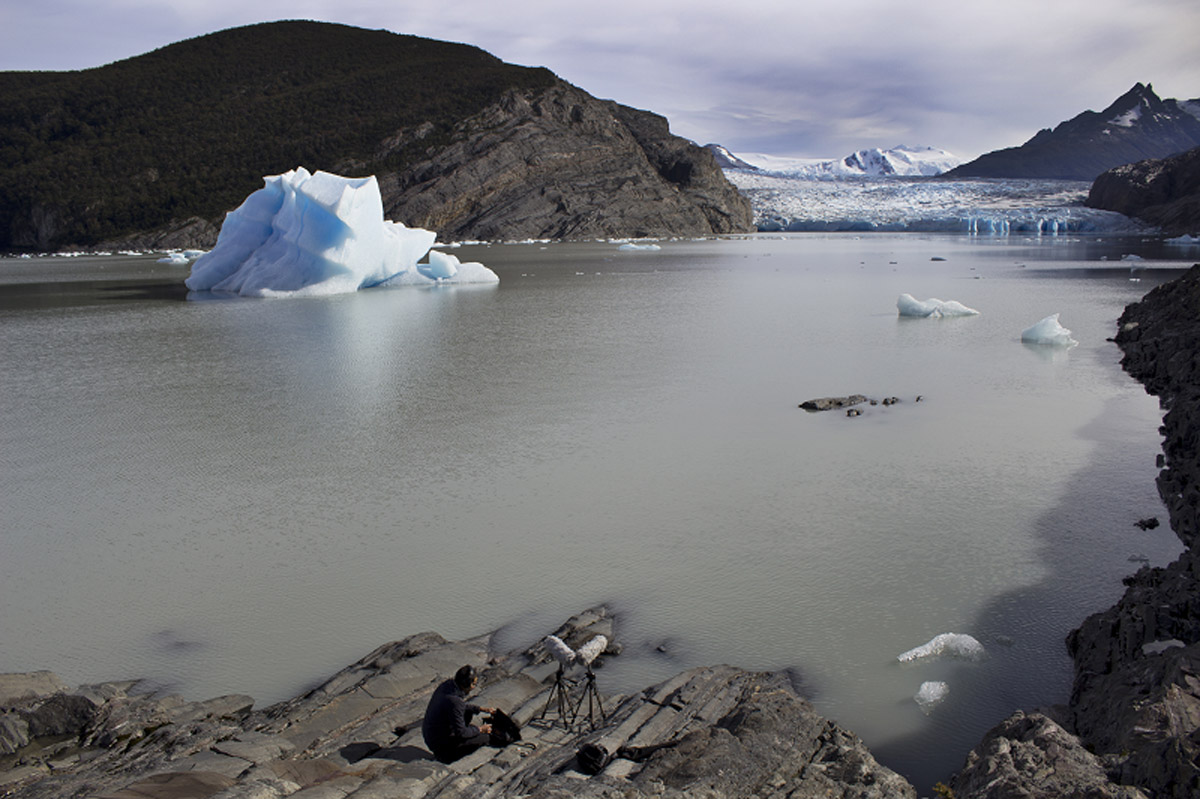 SP-Arte no Galpão VB Project opens with a new show

Rhizomatiks Studio at the Sónar Festival

Rhizomatiks Studio at the Sónar Festival