The last work by Italian conceptual artist and theorist opens the gaze to the influencers's deceptive advertising on social media.

Arshake is pleased to publish in Italian the text by Paolo Cirio that accompanies his project Attention, a critical reflection on advertising, in particular on the influencer’s deceptive advertising on social media.

The future battlefield of advertising is its disappearance in everyday life – becoming invisible and yet being highly effective. While denying that it’s advertising, publicity aims to enter into interpersonal communications to become the language and fabric of social relationships.

This series of photographs, appropriated from celebrities as well as micro-influencers, functions as evidence of deceptive advertising and illustrates the visual devices utilized to allure attention. The analysis of photographic language is used to point toward the legal, ethical, and economic nature of the online influencers to discuss the pervasiveness of the attention economy.

Advertising has become a sophisticated social performance. The language for seeking attention gets under our skin through normalizing proto-advertising behaviors to stage the image of the self and make it an economy. Private gestures became public spectacles, manipulated to appeal, value, and validate the image of the self, which is then defined through the visual attributes of the body and objects, rather than the intellect, spirit, and its experiences. 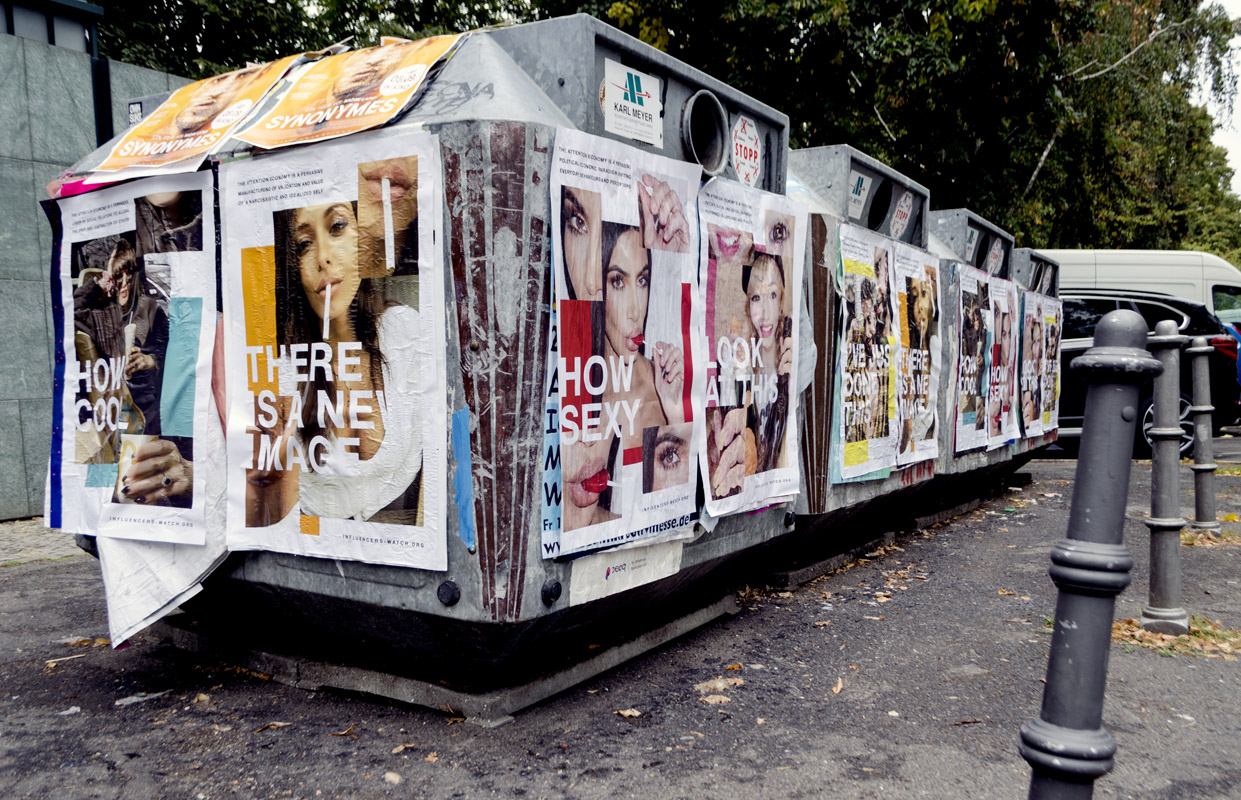 Diffused advertising replaced the role of the copywriter. The strategies of traditional advertising became a profusion of influencers influencing followers on endless media feeds. Meanwhile, consumers became influencers themselves, replicating the linguistic performance of this mode of advertising and its labor. The visual exposure of the language and behavior of this attention economy adopts a critical stance toward the semiotics of advertising and its relationship to advancements in media studies and the field of photography. 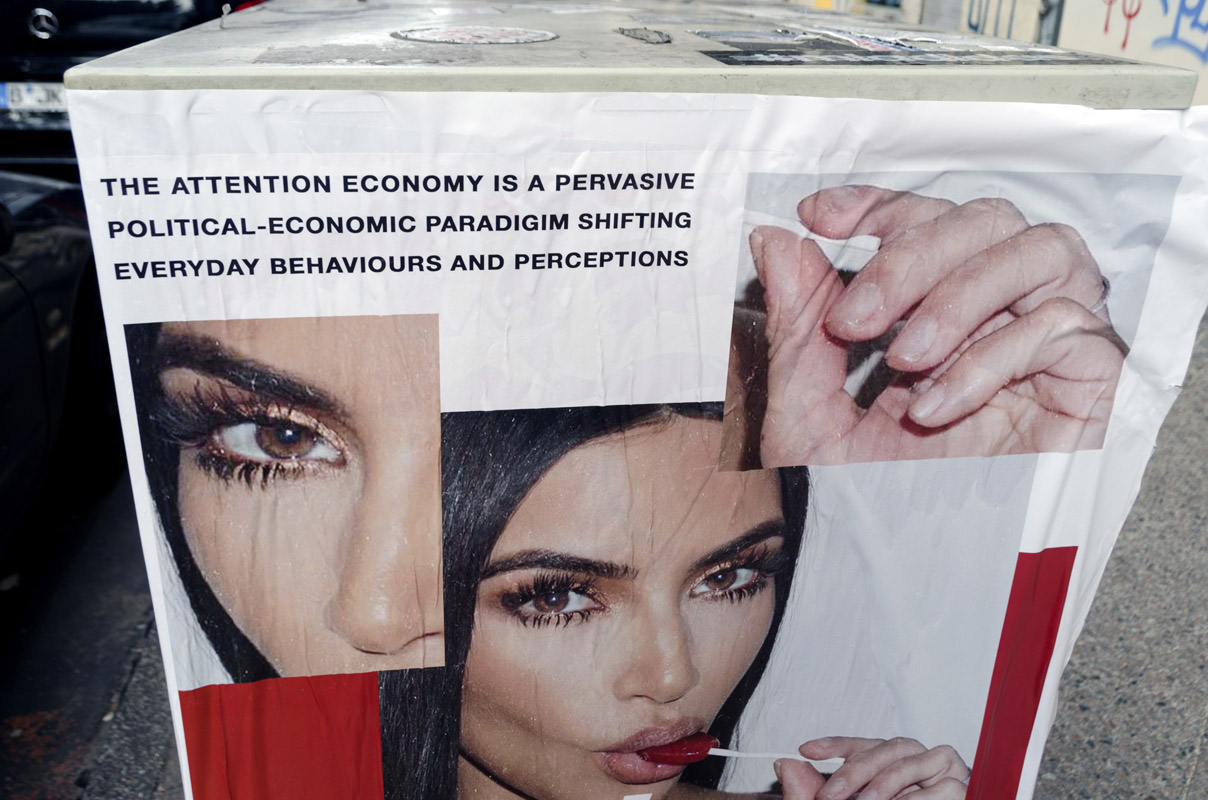 Some devices and aims of the publicity images on social media are similar to traditional advertising, allegory in art, and the informative function of images themselves. However, contemporary publicity on social media differs from the historical use of images in publicity. The modes and contexts in which emotions are manipulated to generate attention, excitement, belief, guilt, and envy have changed.

For instance, glamour as a primary device is enhanced by creating envy or desire in others on an interpersonal level. The appeal to the personal social condition is built with a friendly image in complicity with the directness and familiarity of the medium. Even a clearly fabricated image is perceived by the public as spontaneous and real, a shared private moment, therefore creating a closer contact between the product and the consumer. The line between paid promotion and authentic recommendations, or just being oneself, is increasingly being blurred. 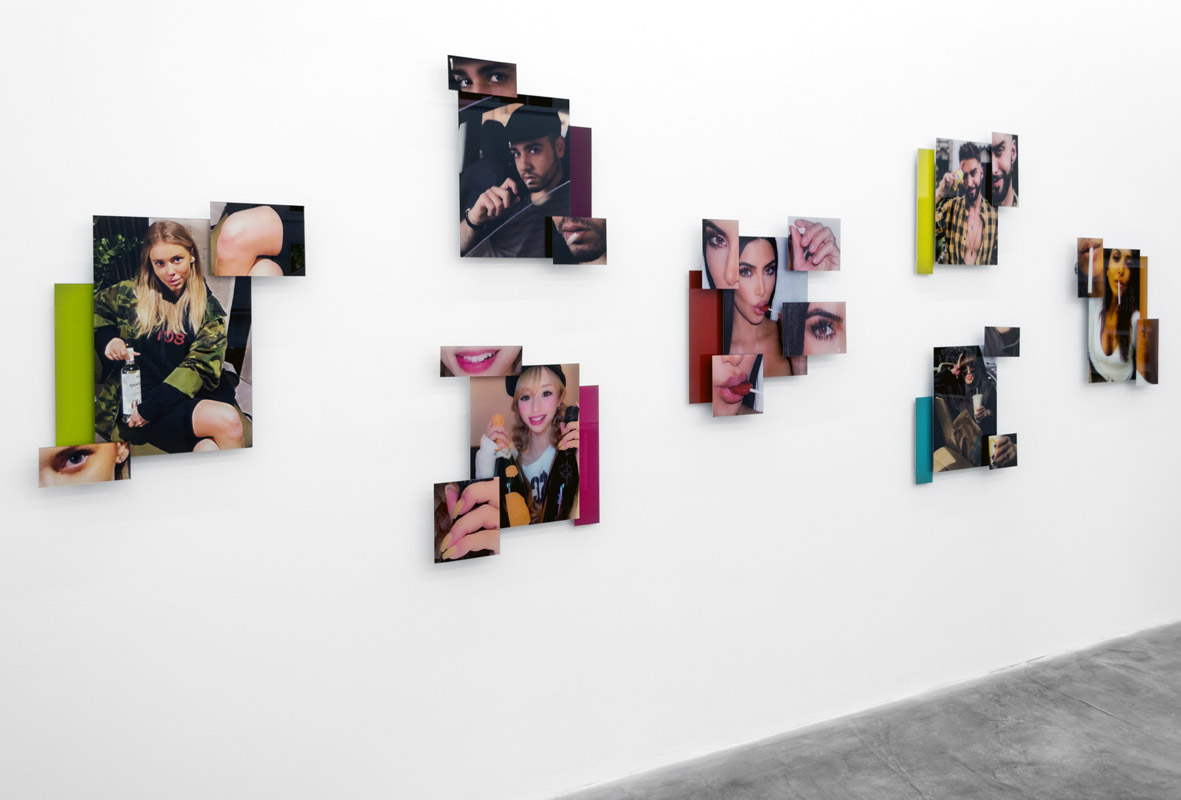 It’s the design of the media that establishes the language of the medium and its cultural function. As such, these publicity images are produced by the interfaces of the platforms that manufacture the culture of sharing glamorous, playful, and appealing content. Additionally, the feed is manipulated to match content posted by other users based on the interests of the platform. The contextual environment of advertising in the feeds of social media is coordinated by the platform through algorithmic editorial selection based on profiling users, advertisers plans, and the general commercial agendas of the platform. In this context, the contradictions with other content and users are minimized to create conformity between the languages, messages, and uses of the media channel, which is ultimately driven by the platforms and their financial gains. 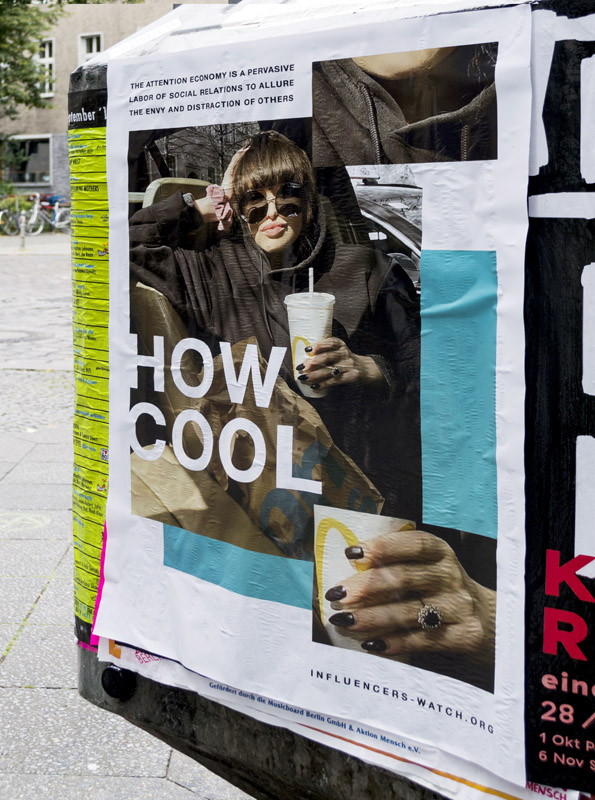 The potential sophistications in concealing commercial intentions, paid arrangements, and manipulations of perceptions of advanced modes of advertising are tied to the increasing technological complexity and the future of personal media. Resisting such deceptions of truth and reality goes in parallel with the future dangers posed by fake news, making it a political, educational, and philosophical challenge.

Alexa and the Mart Museum in Rovereto