Hacker Paolo Cirio, an Italian artist who has been resident for several years in New York and now works on the international scene, is in Turin presented by the Berlin based Gallery NOME with a solo show Paolo Cirio: Public and Private, as part of Contemporary Art Torino+Piemonte’s series of events.

Public and Private can be visited from 3rd to 12th November at the 515 creative shop exhibition space. By means of six works of Internet Photography, the show addresses issues of privacy and mass surveillance concerning the rights of online publication and circulation of personal data. Paolo Cirio’s artistic practice is based on strong visual impact and the use of coding and hacking as photographic art; new techniques of diffusion, appropriation and reproduction of images in contemporary society also form an integral part of his work. 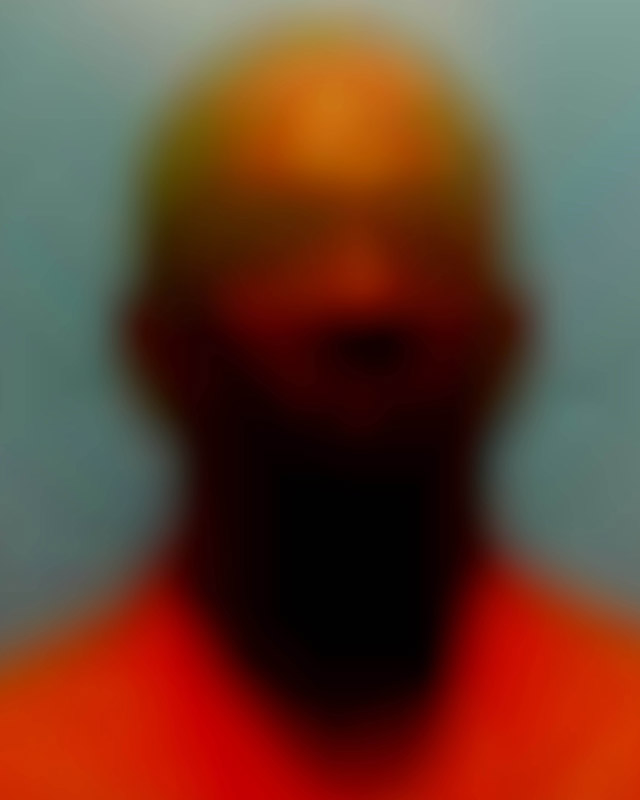 The exhibition at 515 contains two previously unseen works in the Obscurity series, a selection of mugshots taken from various websites and modified by an algorithm which blurs the subjects’ features to make them unrecognisable. These works are the spinoff from a social media campaign which led to the blurring of 15 million images of individuals arrested in the USA, in order to protect their privacy and assert their right to anonymity. 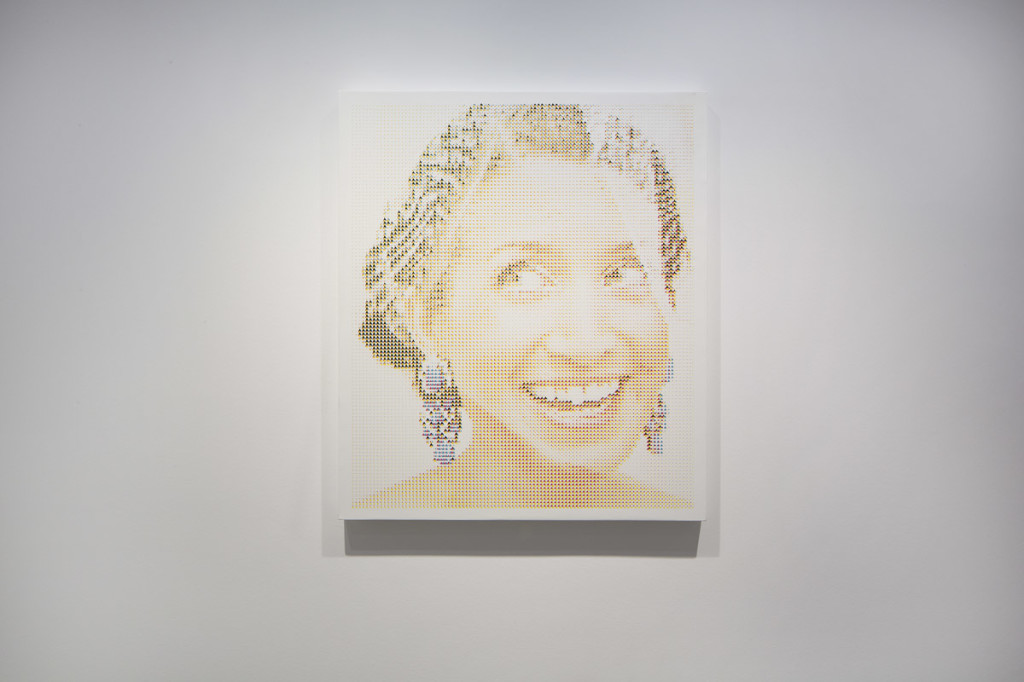 For the Overexposed series, the artist used “creative espionage” to appropriate from social media photos of high-ranking US officials – NSC, CIA and FBI agents – responsible for major mass surveillance programmes or guilty of lying about them. Cirio used software of his own design to develop a series of four-colour “high definition” graffiti stencils, which he then used with spray paint on fabric and photographic paper to create the portraits on display here. The subjects are Caitlin Hayden and David Petraeus, former National Security Council spokesperson and former director of the CIA respectively.

The exhibition concludes with two images extracted from Google Street View which show life-size portraits of passers-by walking along Brick Lane in London. The prints are part of Street Ghosts, a series of photographs of people found on Street View and placed by the artist in the same locations they were taken. This work gives new context to images available online and documents the changing standards that govern our privacy.

Cirio’s street art works for the Overexposed and Street Ghosts series have seen such images pasted on city walls in many cities, including New York, Paris, London and Berlin. Paolo Cirio’s work has been shown in major museums and contemporary art galleries all over the world, including the Victoria and Albert Museum (London), the ZKM (Karlsruhe) and the ICP Museum (New York). Some of his pieces are currently on show at the Quadriennale 2016 in Rome and the International Kunstverein in Luxembourg. (from the press release)