by Diletta Borromeo
in exhibitions, focus

The first time Allen Ginsberg read Howl at the Six Gallery, his flow of verses had not yet become a book. The words followed one another rapidly as a sort of mental journey to the end of the night, a cry of pain, denunciation and protest against capitalism and conformism in 1950s America. The poet expresses existential themes that society considers obscene, from vital élan to desperation. The definition of a happening has not yet been coined, but Howl emerges from the same cultural humus, both in its provocative essence and destruction of meaning, and also in its structure, where a more or less prepared layout corresponds to a declared freedom of expression. There is no definite time or place, but rather a flow of events in a predominantly undefined interval, an assemblage of happenings. The reading sometimes returns to the same rhythm, which then takes improvised paths and has, therefore, been compared to the rhythm of jazz. 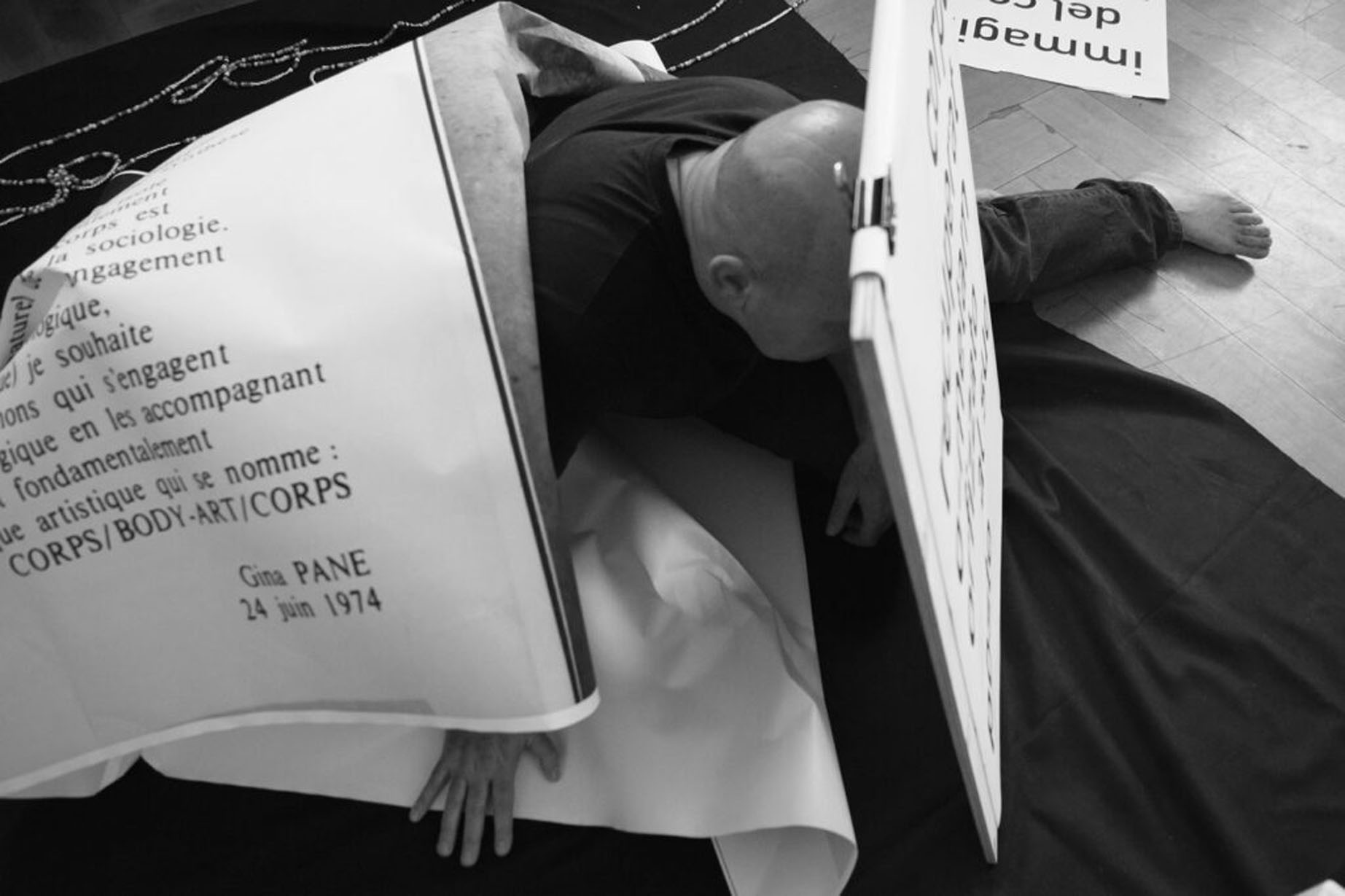 While conceiving I ONLY SAW THE ENDING, Pasquale Polidori questioned what that reading means today. He comes to terms with the action and feeling of the performance poem and he draws on the melancholic sense of the end that is inherent in the term “contemporaneity”, as well as the sense of a “finished” work. Polidori sets up several events called Scraps. Consistent with his own way of working, the artist manipulates certain elements that become symbolic and evocative actions, constructing a work that proliferates in numerous streams of thought that meet the work of other artists through Howl. 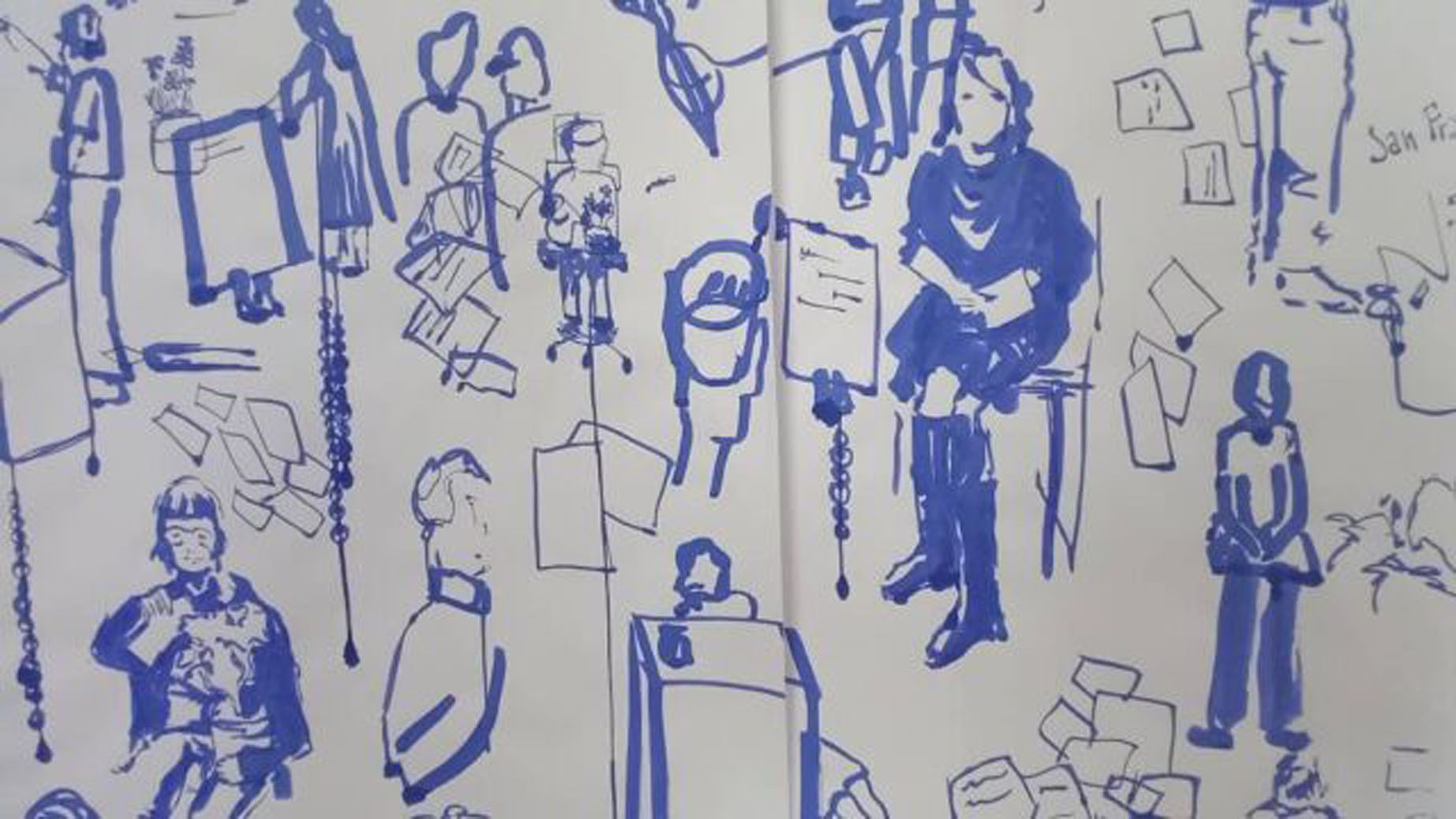 The first of two interventions presented at Campo Boario Studio in Rome in 2021 in some way announces the one coming next. “The intention was to work on the context in which Howl was created,” the artist explains. Standing on a pedestal, Polidori sings a song from the period, then a dramatic piece by Schubert introduces the inevitable end mentioned in the text I only saw the ending, recited between distancing from and returning to itself. Swinging like a lasso is a long necklace made of coloured beads, some with letters that again make up the title. It is a reference to the United States, but the wooden beads, symbol of freedom for the Beat Generation, are now made of plastic, a material made from oil. Scraps, which for the artist are “pieces of Howl”, appear in the second part and are events that Polidori also calls “crossings” because they take place simultaneously, rather than linked, one after the other, as in Ginsberg’s 1955 reading. 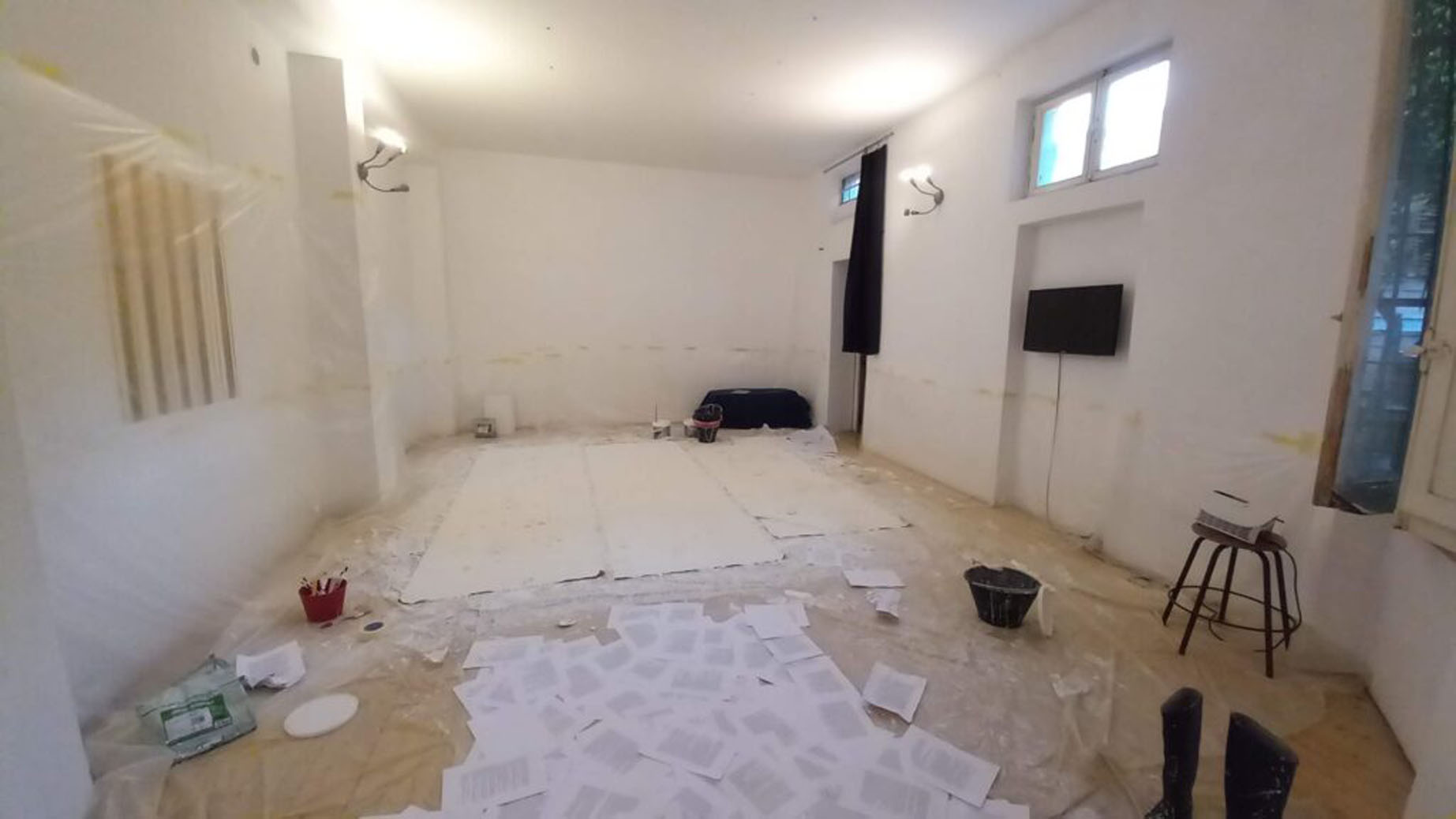 The “score” can be considered a canvas, which is followed by participants but with some margins of freedom. In Antiphon, already present in the announcement, Giovanna Fiacco creates, d’après Jackson Pollock, a white-on-white drip painting of which only the gesture remains. In Scraps, there is also a mode of reading involving the body, manipulation and analysis of language: the position of “staying” in the reprise of two works from 1972 by Ferruccio De Filippi and “inhabiting” a text by Polidori who impersonates the “social body” from The language of the body is a sociological fact by Gina Pane; Naoya Takahara looks for a metric in the words of Howl and Tyanyi Xu reads the colours and letters of the long bead necklace aloud, while Michele Zaffarano makes a thousand different insertions in the same “perforated sentence”; in Rallentamento linguistico (Linguistic Slowing Down) Chiara Vignandel and Salvatore Zoncheddu paint in Indian ink what is happening on large sheets of paper and in Prologue Alberto D’Amico plays the role of “a speaker hit by a wind of dust and pieces of everything”.

To read (and re-read) is to make a series of actions materialise, that are then overcome by the very same actions through the margins of chance. “Language is always something used, here even literally,” says Polidori. “Every action in our lives can become an act of reading.”