Pedro Terán. Air Through A Wound

Nulla terra exilium est, sed altera patria est.[1] This saying by Seneca is helpful for a full understanding of the recent aesthetic direction taken by Pedro Terán (Barcelona, Venezuela, 1943) in his elegant solo exhibition organised by Federico Luger at the FL GALLERY in Milan. In this show the spectator is invited to reflect on a linguistic fabric existing in space and time, turning its gaze towards the Babylonian art platform and discussing several heated topics connected to duty, remorse, emigration, physical and metaphorical boundaries, civilisation’s darkness and the unease of contemporary men, constrained in a world consisting of abuse and injustice, of a mass of beings who have lost their voice.

Two years have passed since Terán’s arrival in Italy, where he took refuge from the evils of an aggressive and chaotic politics which is now under the global spotlight. Since the start of his political exile, from his outpost in Viterbo where he lives, Terán has established a subtle connection with some works from the 1990s – Universo de Manoa (1991) and La Escalera de Manoa (1994), the latter an extraordinary project «sobre escalera de cemento con hojilla de oro Ciudad Bolívar» – designed to capture the spectators’ gaze and guide it, using precise and clear signs, into the field of politics and geography, ethics and aesthetics, myths, archeology and history.

A pioneer of conceptual art in Venezuela, Terán today creates new linguistic devices in which «we breathe air through a wound» (Neruda), but do this through the suspension of things, estrangement and displacement, the reversal of perspective – let us not forget that the artist’s background is linked to performance, photography, multimedia, the body, a reflection on human beings and their social, natural and environmental selves. 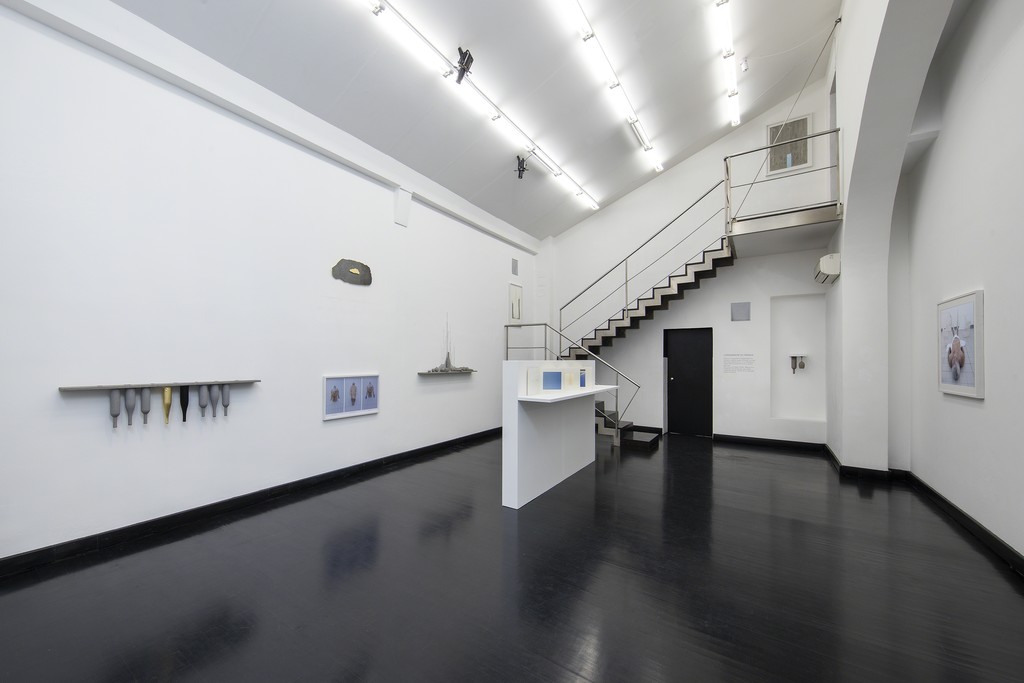 Some of his works such as ART en la calle (1970), Steps (1970), Identity Card (1972), Nubes para Colombia (1981) and Estudio de torso (1981) are unforgettable. With impeccable taste the artist deploys the product of an autochthonous Venezuelan aesthetic conception combined, however, with a metaphysical vision that elicits numerous stimuli and with a congressional link between art history and the history of human ideas. If the homage to two Italian artists – Andrea Mantegna and Giorgio Morandi – is evidenced by a poetic upheaval overturning the axis of perspective in The Lamentation over the Dead Christ and inverting still life, the work also focuses attention on a location, Mānoa (worth remembering that the title of this new solo exhibition is L’emigrante di Manoa), geographically and historically connected to the legendary El Indio Dorado imagined by the conquistadors. 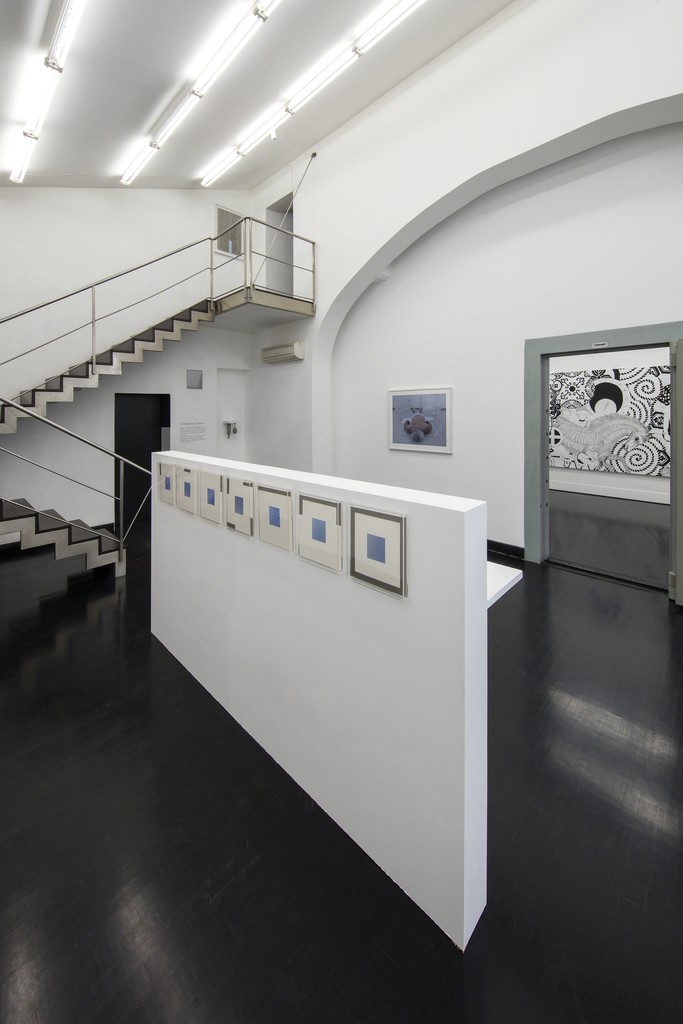 La morada del cemento, La casa del emigrante, In mora Morandi and Pianto moderno are some of the works on display (all from 2018) where, alongside cement – a metaphor for the collapse, inconsistency and disintegration that Venezuela is currently experiencing – it is possible to discern some dominant colours (earth, sky blue and gold). These colours allow spectators to glimpse the esoteric and magic flux which transforms matter into memories, higher thoughts.

In the exhibition, a slab made of cement and gold can be seen, situated high up, resembling the passage from lead to gold matter – the elevation from an inferior and barbaric stage of knowledge to a dizzying enlightenment that leads to intuition, an understanding of the world and its distortions.