PERFORMA, the traditional appointment with the performing arts, now arrives online to examine the role of live performance, particularly its links with architecture and design, and dedicates this edition to the critic Germano Celant who recently passed away. 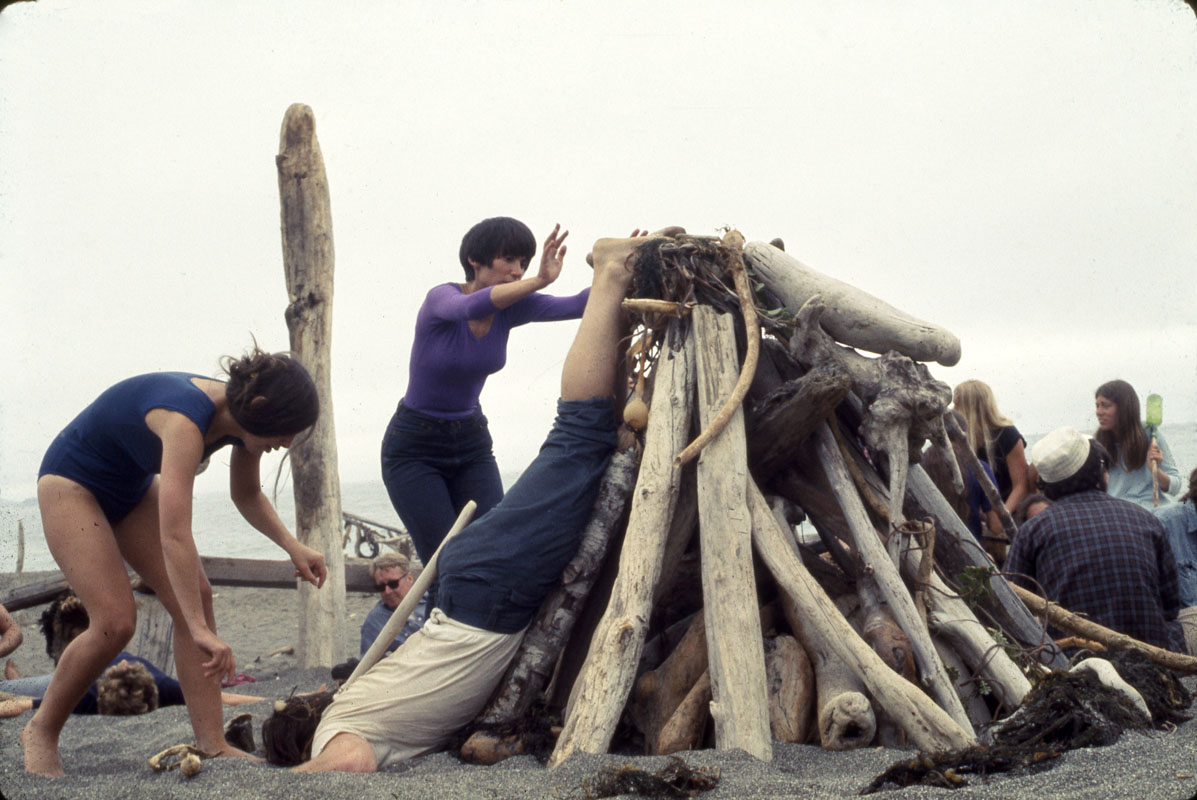 It all originated during the Performa Biennale in November 2019, when the book Bodybuilding was launched. This is a publication by architects, writers and historians who, using a transdisciplinary approach, turn to performance as a topic to explore and from which ideas for architecture can be drawn.

The online exhibition propels performance and architecture into new dimensions. In films, extracts from online events, and stimulates the creation of digital publications. 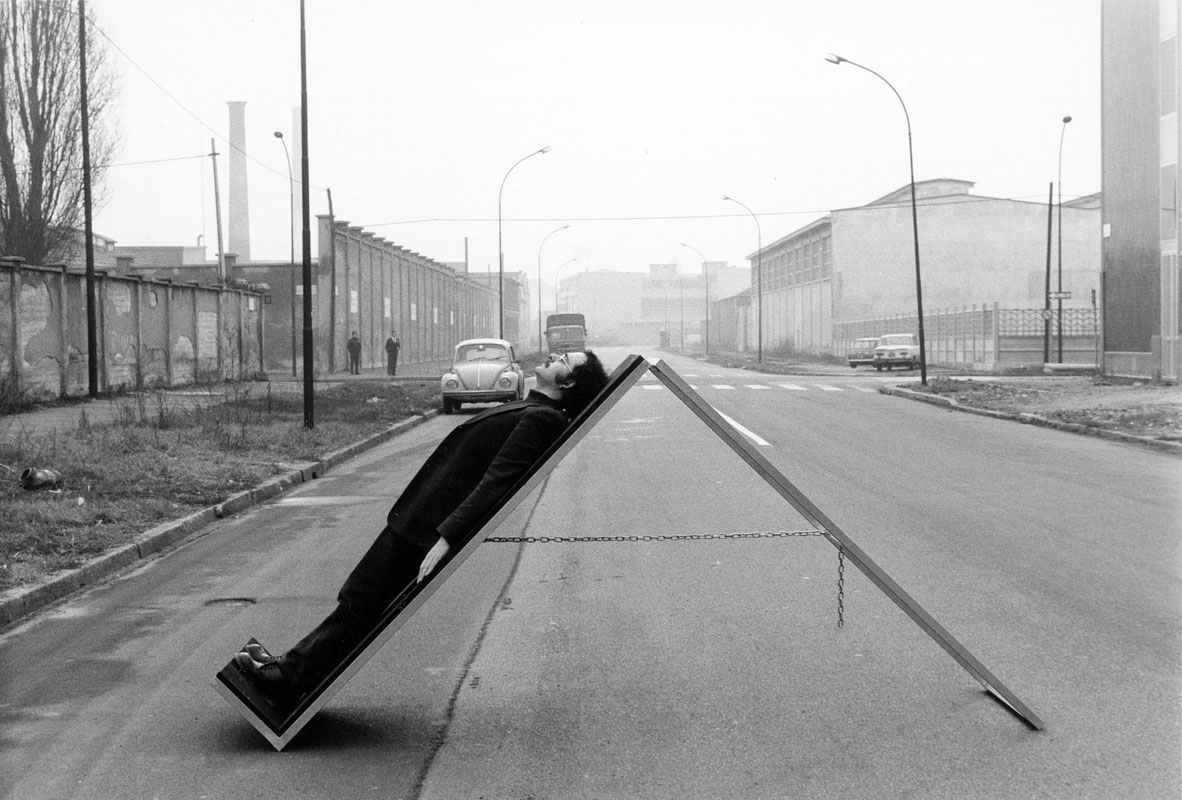 The exhibition takes its cue from a question which curator Charles Aubin formulates as follows: What happens when performance enters the world of architecture? “For architects, performance can be a method for designing, a tool to transform users’ experiences, or an instrument of critique. In every case, performance is a blade that cuts into the matter of architecture. It slashes architecture open, but it can also reshape it. 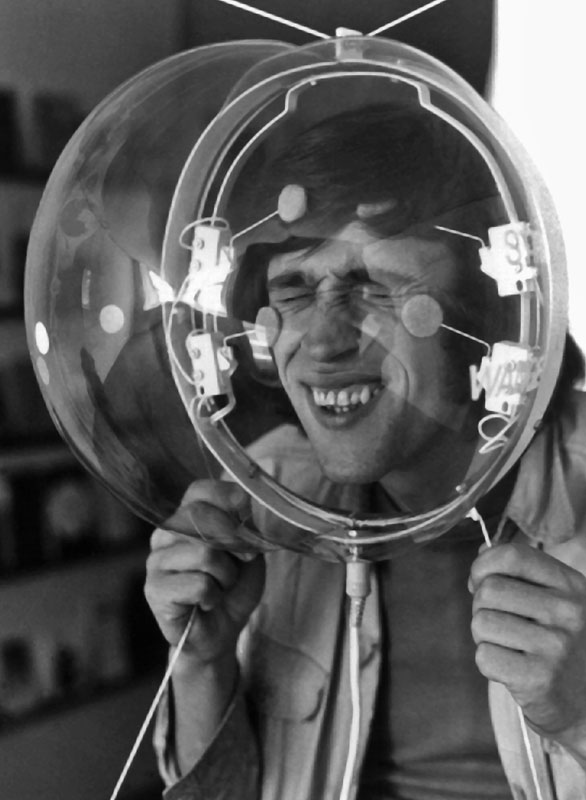 The topic under examination is analysed through three different lenses. The first lens is design, investigating how architects have collected crucial information for the design process. Anna and Lawrence Halprin’s Sensory Walk (1971), resulting from the union of a choreographer (Anna) and an architect (Lawrence), imagined the environmental design for the Sea Ranch, a residential community in the Pacific Ocean, through an exploration of the Californian coast on foot. 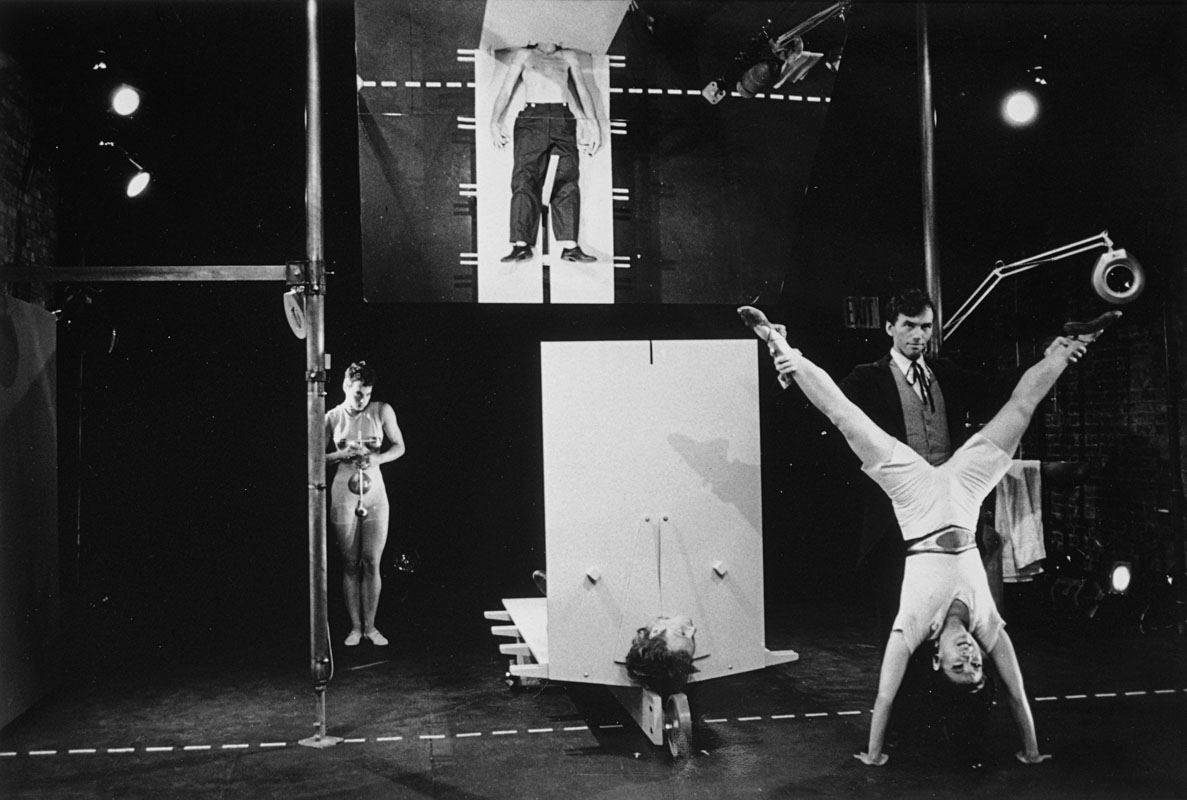 The company Moore Grover Harper broadcast the performance of Design-A-Thons on local television to draw the audience’s attention to the regeneration of the abandoned city center of Roanoke, Virginia (1979). 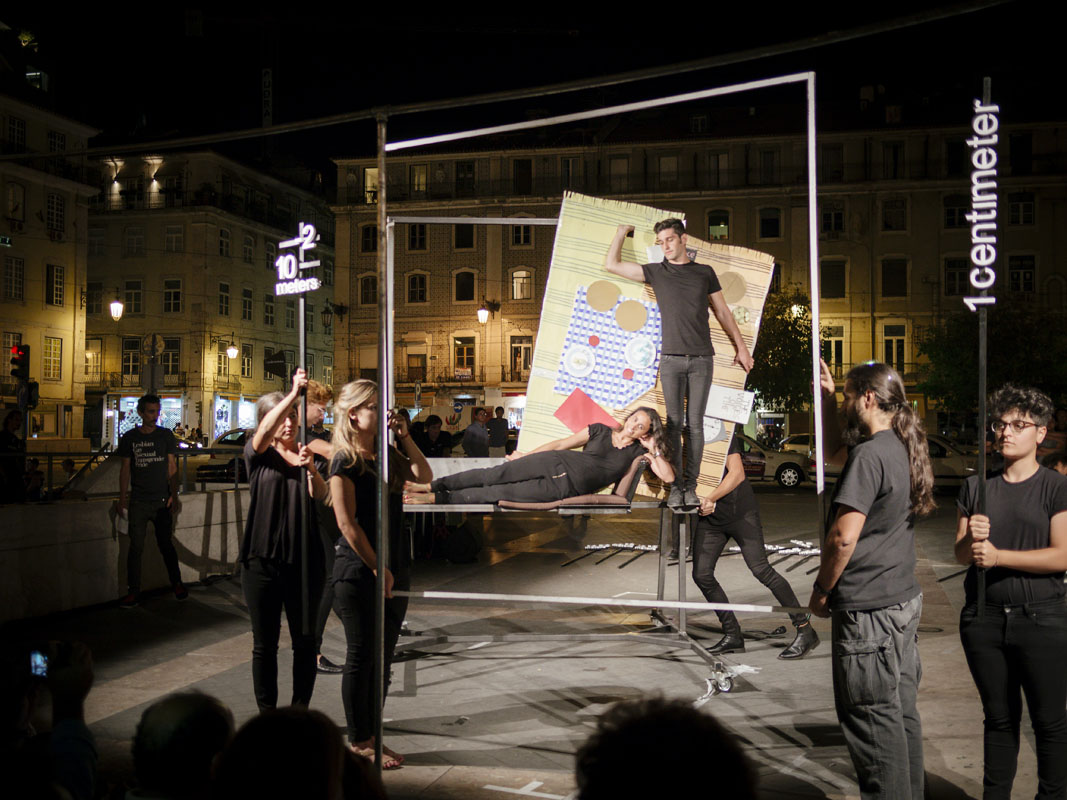 The second lens is experience with which to understand ephemeral architecture that, due to its adaptability but also instability, has opened new ways of engaging the public. Haus-Rucker-Co’s Ballon für Zwei (Balloon for Two – 1967) was a manifesto for weightless architecture, for the city of the future. In 2017, the Berlin-based company raumlabor’s Spacebuster, an inflatable structure, claimed public space in a privatised part of New York City, hosting workshops, screenings and meals. Prelude to the Shed (2018) by NLÉ was made on hinged and partition walls to adapt to informal reconfigurations. 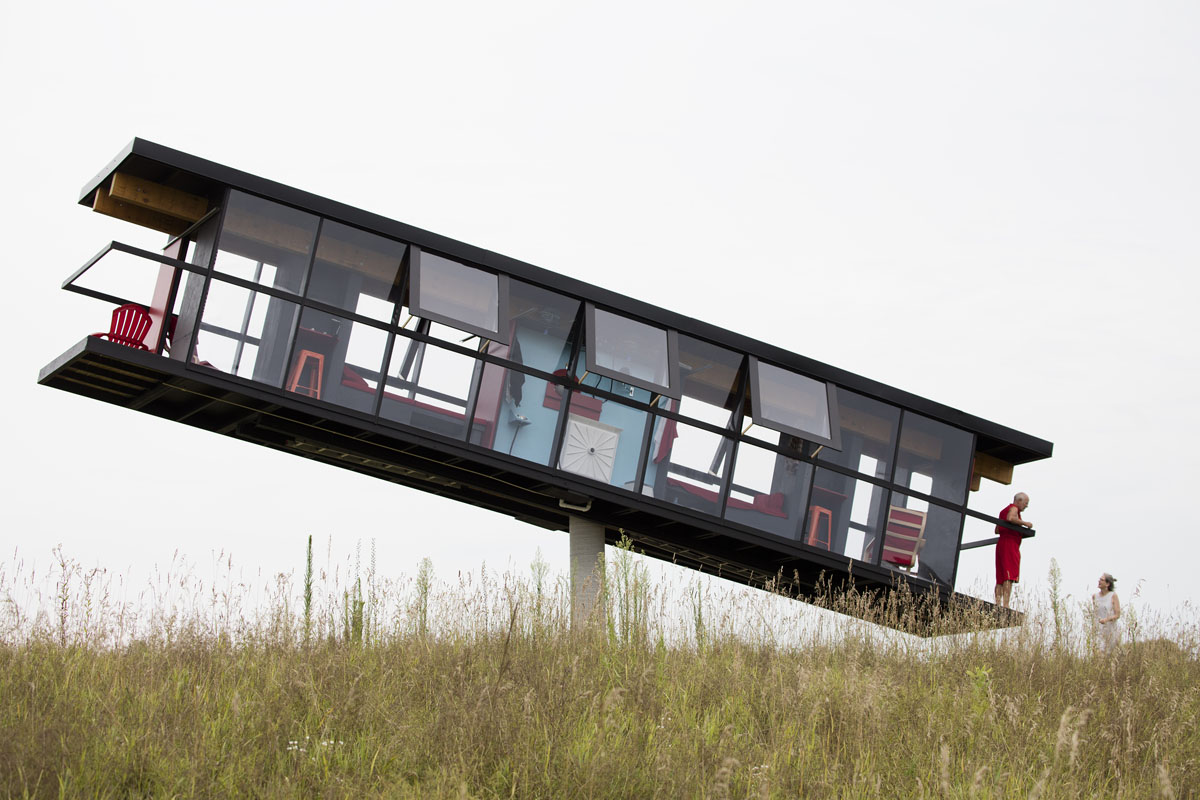 The third lens is criticism and addresses the various ways in which performance has tackled certain environmental issues. In Karaoke (2001) Nomeda & Gediminas Urbonas brought together more than a dozen bank employees in Lithuania to help build a critical perspective on post-communist optimism. The Spanish company Basurama and Area Ciega drove a double-decker bus for a tour of Madrid focusing on areas to be rebuilt. Marching On (2017) by Bryony Roberts and Mabel O. Wilson presented colourful and joyful performances by young teenagers to counter the persistent abandonment of certain city areas in modern urban planning.

Bodybuilding also offers a series of archival material from the most radical thinkers on post-war architecture, including Arata Isozaki’s robotic buildings for Expo ’70 in Osaka and Aldo Rossi ‘s Teatro del Mondo, a floating theatre that sailed across the Venice lagoon in 1979. These iconic works offer an alternative to the traditional line of today’s architects, such as Andrés Jaque and the duo Cooking Sections. Overall, the exhibition identifies performance as a critical tool to rethink the role of architecture in society. 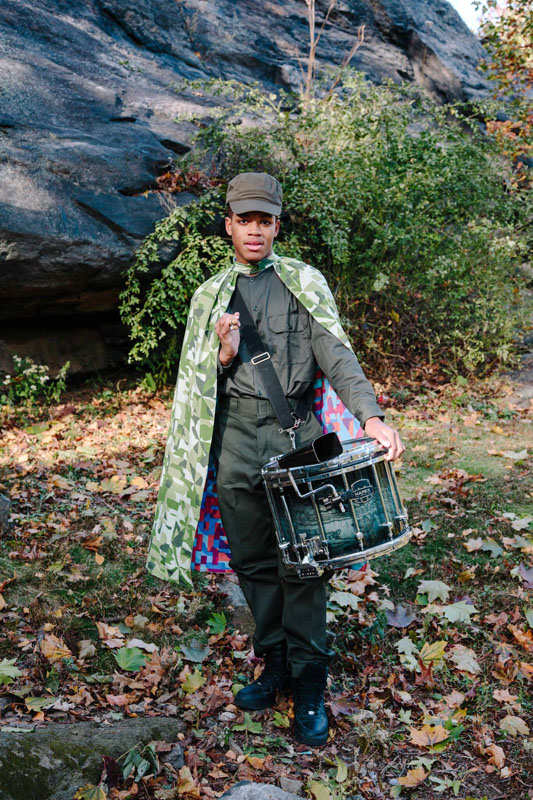