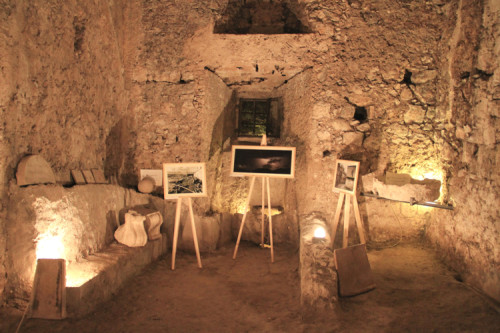 […] even though I admit that photography can function as painting, […]I believe that it is opportune to consider photography first and foremost for its real nature: a particular photo-chemical technique capable of faithfully reproducing the outer world. [1]

This is totemic of the Dorfles of the 1970s for Gianpaolo Cacciottolo and Eirene Campagna, the curators of the «Apologie del Reale» group photographic exhibition on display in Santa Maria della Pace Cathedral (Campagna, province of Salerno) and along the percourse of the catacombs of the annexed chapel of Santa Maria del Carmelo. The possibility of combining an exhibit with a captivating location is one of the most striking details of this project involving a group of photographers who live and work in different places, who come from a variety of professional backgrounds and are from different age groups. The exhibition declares the intention to remain faithful to the iconic characteristics of the photographic medium in its entirety, «to its value of motion which carries the properties of the designated object in itself» (Dorfles), through a thematic range that sweeps from anthropological explorations to the documentation of abandoned places, from measured conceptualisms to spellbinding naturalistic framing. 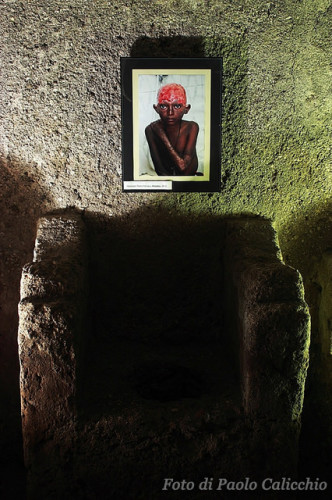 Elio Di Pace proposes a double series, Abandon I (Ostana, province of Cuneo) and Abandon II (Candela, province of Foggia), a precise work created with iPads that heightens a technical skill exhibited above all in the pre-visualization of details that are often deuterogamist. Giuseppe Fierro Ferrara’s report on the human condition conceived in August 2013 in Burkina Faso is the protagonist of an exhibit that possesses the artistic flair of an ancient catacomb, used for an exhibit for the first time. The power of exciting photography is added, as is the case of Amadou, a child whose skull is lacerated by permanent burns caused by a sudden fire in the hut where he had been sleeping, or Shepherd, a shepherd boy who shows his umbilical hernia with decency. The exhibit is completed by the experience of Mario Velella, who proposes historical glimpses of this town in the province of Salerno, Tiziano Aiello, Alfonso Maria Salsano and Rossella Di Concilio (already accustomed to using photography for some time now) along with the inventive and creativity of young artists Marco Battipaglia, Eirene Campagna, Chiara Izzo, Rosa Oliviero and Valentino Stassano.