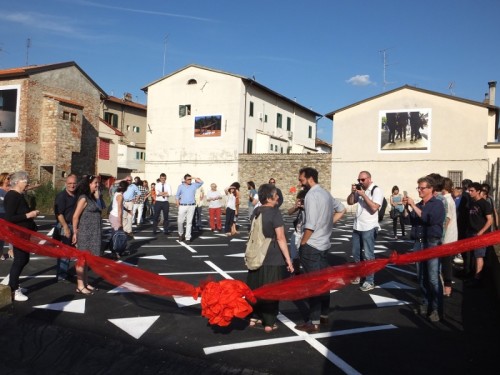 The Piazza dell’Immaginario project started in 2014, with the aim of improving and making more welcoming the neighbourhood which is home to Dryphoto contemporary arts centre. This small area contains a wide variety of cultures, businesses, socio-economic habitats, interests and needs. The 2015 edition of the exhibition includes works by Francis Alÿs, Olivo Barbieri, Bianco-Valente, Pantani-Surace and Bert Theis, which will be added to the projects by Andrea Abati, Gabriele Basilico, Bleda y Rosa and the R.E.P. (Revolutionary Experimental Space) group which were installed in 2014. The exhibition area extends throughout the neighbourhood and this year occupies new spaces, featuring permanent installations and site-specific interventions.

The need for a multidisciplinary vision, essential for a full understanding of our age, leads to the idea of the conference Imagining Chinatowns – Literature of the diaspora, which will take place in advance of the exhibition’s inauguration and whose speakers will include Italian and international intellectuals and celebrities. Fusion between the various disciplines and action outside conventional spaces are characteristics of our times and therefore it may happen, as in this case, that a contemporary art project operates in a public space, is accompanied by artworks concerned with urban furnishing and decoration, and involves citizens who are interested in endeavours geared to the improvement of their surrounding area, resulting in benefits for the whole city. 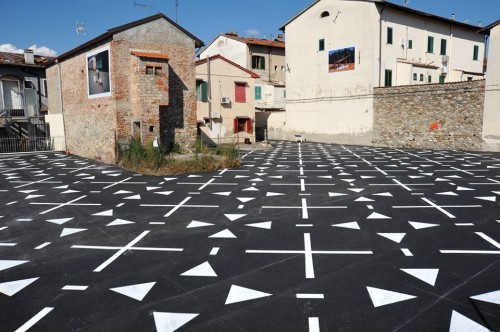 Through the permanent installation of large-format photographs printed on PVC and site-specific works, the district changes along with all the expectations, memories and desires related to the spaces involved. In this edition, works by Olivo Barbieri, Bianco-Valente, Pantani-Surace, Francis Alÿs and Bert Theis were added to those by Andrea Abati, Gabriele Basilico, Bleda y Rosa and R.E.P. Revolutionary Experimental Space installed in 2014. The exhibit has spread through the district occupying new spaces with permanent installations, site-specific works and actions that develop the concepts proposed last year. The curatorial narrative began with a selection of photographic works representing public spaces that citizens themselves have turned into spaces to share and in which to cultivate relationships: couples dancing in a square (Gabriele Basilico), playing football in an makeshift field; tending to a little garden in an earthquake-struck area (Andrea Abati). The narrative now ends with Mantova, 1980, by Olivo Barbieri. Once again, a space changed by people who live it: the snow hides a parish football pitch near the river, some dodgem cars in the background. Bianco-Valente will create a site-specific work in via Mameli: the two artists came in Prato in April to visit and experience life in the Macrolotto Zero district and Piazza dell’Immaginario. 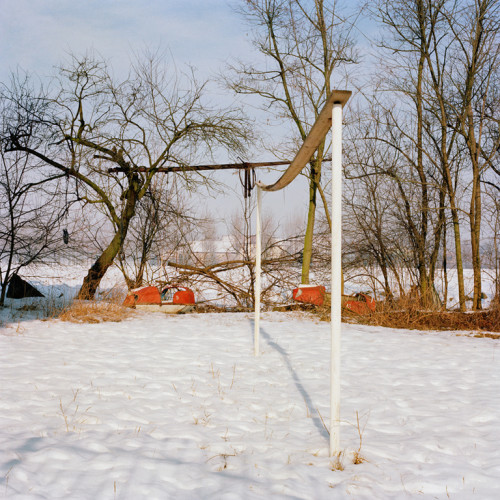 Large-format photographs printed on PVC were installed in via Umberto Giordano: the images document actions and interventions by artists reflecting on concepts similar to the ones which first generated Piazza dell’Immaginario. Firstly, Growing House, 2004, by Bert Theis, documents his work produced in Shenzhen, China, in 2004. Theis, who also curated the Isola Art Center project, created specific architectural structures to promote a respectful experience of the space he works in, always bearing in mind the non-commercial use of the space. 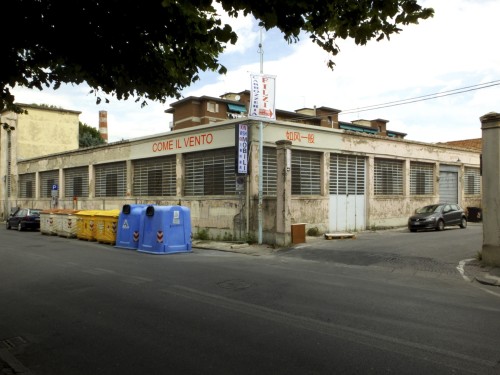 Secondly, the work Paradox of the Praxis I (Sometimes Doing Something Leads to Nothing) by Francis Alÿs, a photograph that documents the action carried out by the artist in Mexico City in 1997 and that aims to show the beauty of the city without the use of filters. Alÿs pushes a big ice block from one point to another of the city, performing a paradoxical situation based on the impossibility of successfully completing his action, as seen and shared by all the people he meets along the streets. Lastly, Pantani-Surace propose an image from the documentation of their action La responsabilità dei cieli e delle altezze staged in Piazza dell’Immaginario in 2014. 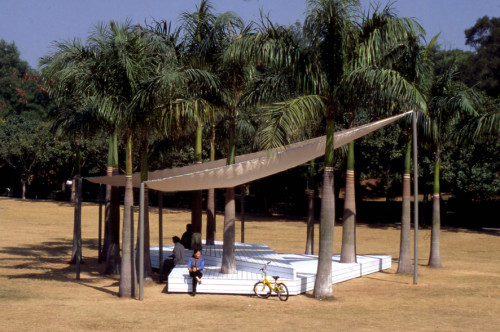 This is a work that comes from the idea that a square doesn’t belong to the space but to the people who live there: the action took place there, in our square, together with citizens/participants who produced the collective message “I love you” in Chinese, using woodcutting techniques. A structure created especially for the purpose allowed participants to impress the characters while jumping and dancing on a matrix. 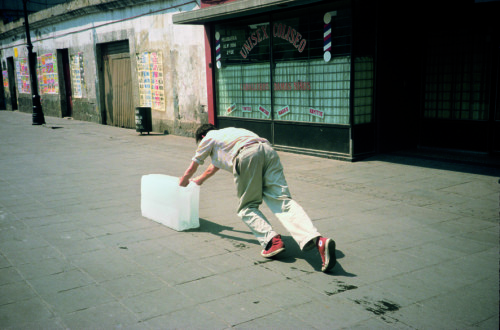 These three ideograms printed on paper were installed in the square (via Fabio Filzi) and they remained visible as long as time and weather permitted. The image selected is a trace of that action and allows us to create a link with the place where it happened, to demonstrate that the status and the value of an artwork fits in with the participation during the action. (from the Italian press release)