Landscape, data and the shaping of an hybrid nature

Quayola is an internationally recognised artist who has been collaborating with algorithms for a long time, dealing with classical iconography, the landscape tradition, and algorithmic techniques and technologies that have also become part of the framework of the word ‘nature’.

The algorithmic intelligences, with which Quayola collaborates, are used as ‘painting palettes’, the same that are now part of the new hybrid landscape profile. As the artists states: “he employs technology as a lens to explore the tensions and balances between seemingly opposing forces: the real and the artificial, the figurative and the abstract, the old and the new”. 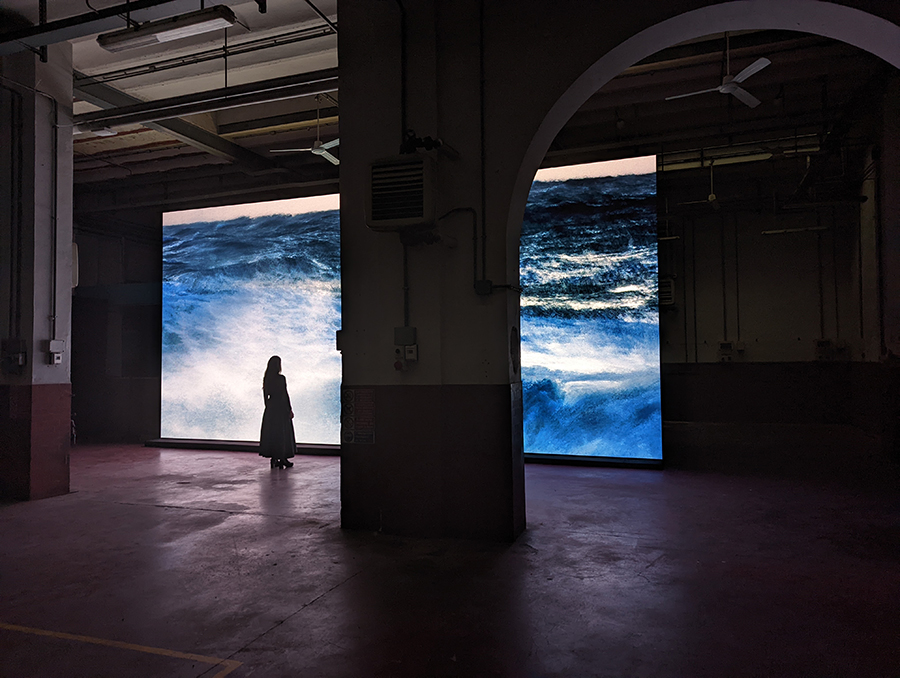 The artist’s search for form and movement reaches down into the layers of matter. Landscape, matter and form make a journey through an algorithmic language that analyses, de-constructs and reconstructs in a hybrid format not only inhabiting the liquid matter of digital space, but also solid matter, that of sculptures modelled in various materials by a robotic arm (re)producing several classics, such as Michelangelo’s non finito works.

The genre of landscape is very much present in Quayola’s work, with particular reference to the en plein air landscape painting of the late 19th century. Representing a moment of immersion in nature, in Quayola’s case it is meant to capture data and then transfer it to the algorithmic plane from where it can be reworked into a variety of forms – videos or even prints.

A work from Quayola’s Storms series was recently presented at the Maker Art Faire, the art section of one of the most important trade fairs and a moment of exchange involving technology and innovation as applied to fields as diverse as medicine, agriculture, education and so on.

For this edition, Quayola was asked to represent the areas of exchange between technology and creativity in the name of a radical symbiosis between man and machine – a mutual collaboration that results in them becoming almost indistinguishable.

As with Quayola’s other landscape works, the Storms series uses data taken from nature – in this case a coastal location in Cornwall – transposed into the digital world with a virtual work of painting that, at the same time, investigates the material qualities of painting. A high-definition video transmits the image as it takes shape from data generated by force vectors of wave motion filmed from life, producing “a pictorial landscape that is shaped by its own motions, in continuity between natural and artificial forces.”

“Looking at the historic tradition of landscape painting, I am intrigued by how Nature as a subject becomes a point of departure to generate new aesthetics and new ways of seeing… I am therefore interested in Nature in a somehow primordial state, untouched, which I observe through highly technological apparatuses.The result in my works are hybrid visions, however not focusing on new ideas of ‘hybrid-nature’, but on entirely new ways of perceiving something primordial and absolute… ultimately my research investigates new modes of visual synthesis.” ((E.G.Rossi, Interview to Quayola, Arshake, 27.06.2018)

The technological tools used to observe nature are the same as the protagonists of the Maker Faire as well as the new hybrid landscape, bringing a radical change to the dimension and the word ‘nature’, no longer understood in exclusive reference to the organic world.

Storms by Quayola was featured at Maker Art Faire, curated by Valentino Catricalà within the 10th edition of the Maker Art Faire Rome – The European Edition, an event promoted and organized by the Rome Chamber of Commerce through its Azienda Speciale Innova Camera, that took place within the iconic frame of the industrial area of Gazometro Ostiense.