Repairing the Present: Rewild at the MAXXI Museum

The second in a trilogy of exhibitions, part of the European project S+T+ARTS, presents a series of works moving between art and science, projected toward the reconstruction of the future

At MAXXI, until 13 November, the exhibition Rewild presents the second of three appointments of the European project Repairing the Present curated by Manuel Cirauqui “to promote dialogue between science, technology and art as key players in the exploration of new scenarios for ecosystem improvement”. The first appointment, REWORLD, at the MEET – Digital Culture Centre in Milan, is now followed by REWILD, currently on view at the MAXXI Museum in Rome, a project aimed at “restoring feral models in domesticated ecosystems”, to “emphasise the contamination between natural and synthetic, artificial and organic, animal and mineral, artificial and organic, animal and mineral, towards renewed forms of becoming in the Anthropocene”.

All the works are projects resulting from residencies and direct contact with the territory, where the artists dialogued with and were supported by experts. In Rome in residence were Olga Kisseleva, internationally known for her pioneering work with media art, and the young Austrian artist Susi Gutsche. With them, the projects of Samira Benini Allaouat, Penelope Cain, Filip Van Dingenen and David Shongo, Adriana Knouf, Lugh O’Neill, Studio Lapatsch Unger & Johanna Schmeer were presented, each proposing a different angle on the forms of becoming. 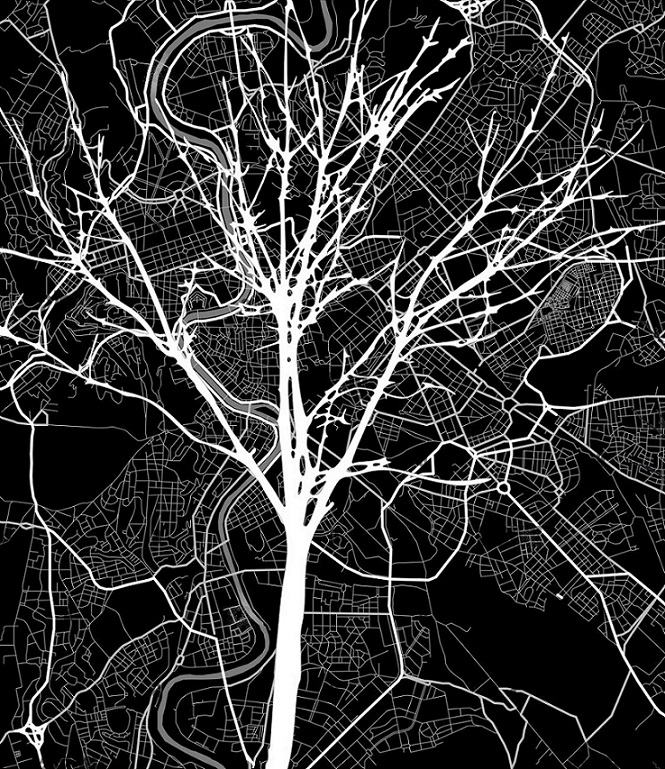 Olga Kisseleva has evolved and extended to the cities involved in the project, her research of a decade aimed at the conservation of certain species of trees and the study of the way they communicate. Cities Live like Trees, realised in collaboration with SONY CSL and the Fondazione MAXXI, in studying the way trees communicate and their relationship with citizens, calculates the algorithm derived from the green index of urban mobility, i.e. the ratio between the number of trees on the greenest and shortest route, and projects all this with a view to “reinventing the structures of the city and keeping them alive”.

Susi Gutsche reveals the city to us through waste, excess elements of life that are actually fundamental for the future on the basis of their rate of pollutability and their recycling. The project traces a number of wastes, divided by genres, and follows them along their routes, identifying their place of destination and the duration of their transport, all readable in a very intuitive way on an interactive screen that builds real maps and stories in a scientific work of incredible quality carried out with the collaboration also of the AMA, the company that manages waste disposal in Rome. 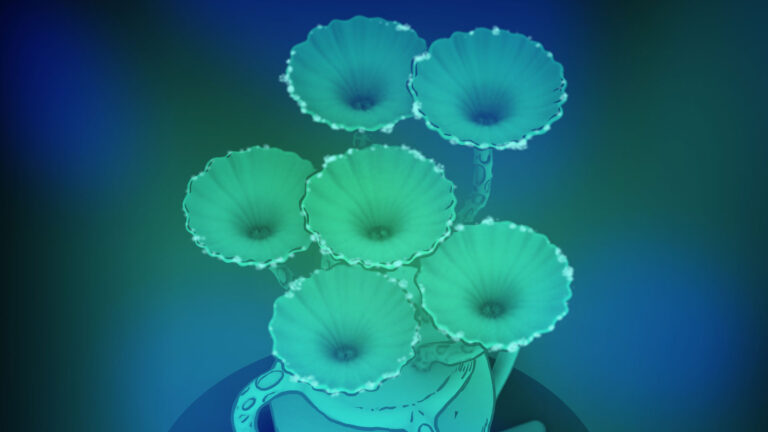 Lighting rethought from a green perspective in Samira Benini Allaouat’s work has won exceptional accomplices: bacteria, to reveal their power and potential as generators of electricity (GEO-LUM). Man is also central: the bacteria in the exhibition have to be cared for in order to be kept alive and grow.

In a work of visual story-telling, Penelope Cain drew attention to lichens, organisms in the spotlight of those scientific circles engaged in the discovery of alien planets. Lichens, an important part of our ecosystem capable of absorbing CO2, are projected as interspecies collaborators. 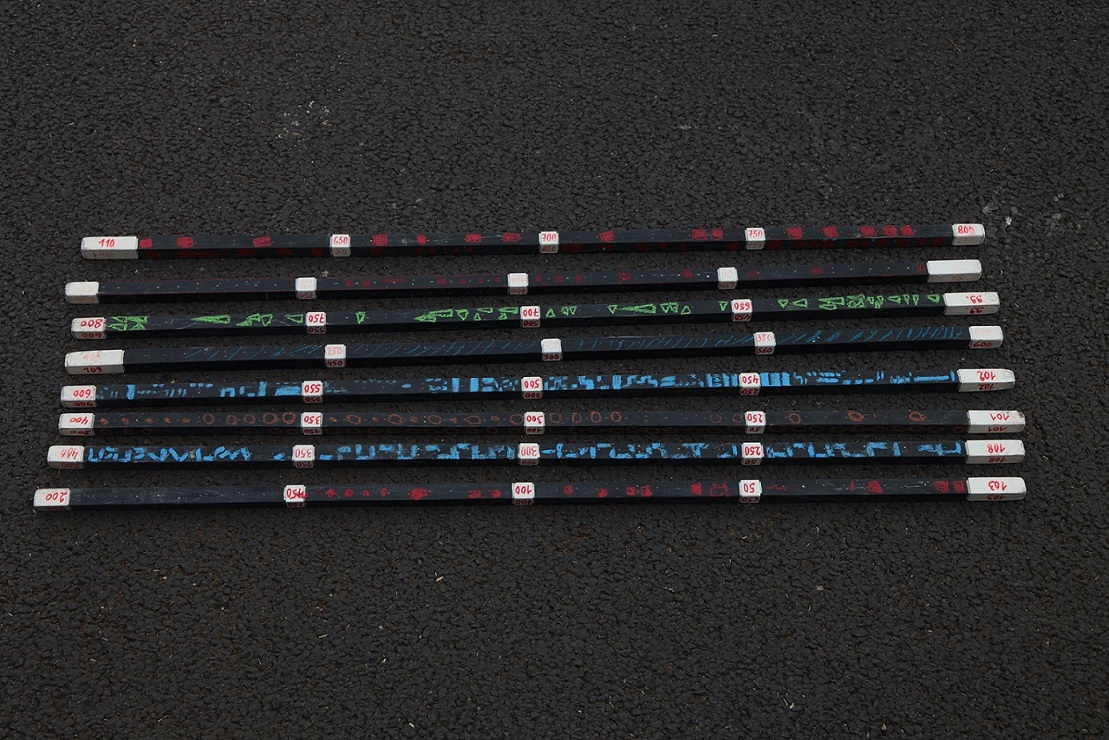 The power of collective intelligence, including non-human entities, is revealed in Suskewiet Visions by multidisciplinary artist Filip Van Dingenen, founder of the Ecole Mondiale in Brussels and David Shongo. Adriana Knouf projects her vision into the extra-terrestrial dimension. Consisting of a handmade solar sail, a customised 6U cubesat covered in protective seals for transgender and queer delight, and a sculpted ‘meteorite’ containing hybrid lichen-human structures, her TX-2: MOONSHADOW draws on the history of transgender desires for extraterrestrial encounters and suggests possibilities for non-human experiences of outer space. 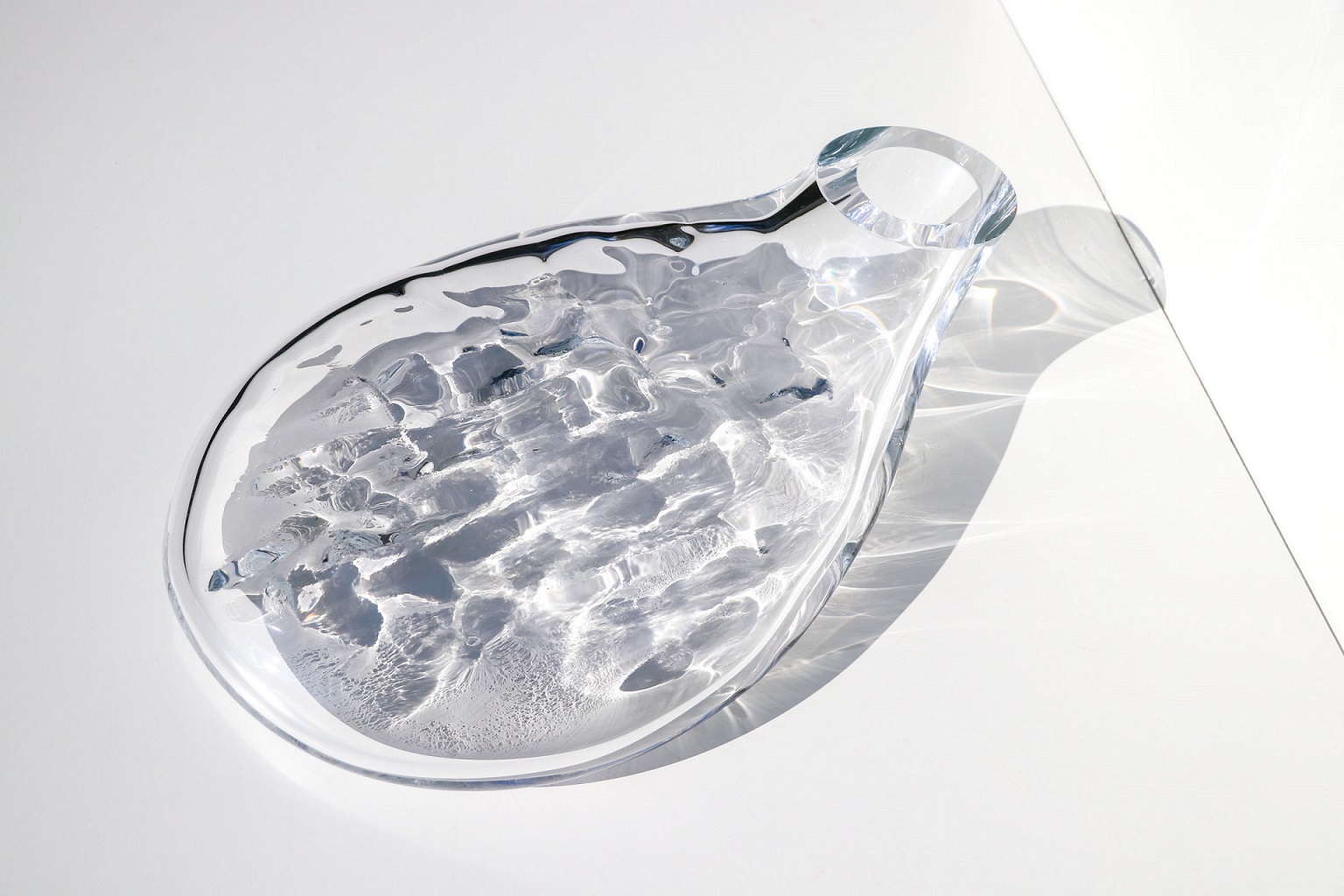 Lugh O’Neill takes us back into the sound dimension with a composition about cultural engagement with acoustic space and habitats rendered as 3D video and sound while t eye-catching design objects by Studio Lapatsch | Unger (in collaboration with Studio Johanna Schmeer) turn out to be imprints of a geo-hydrological investigation into Berlin’s groundwater systems.

All works, from different angles, point in a direction where everything invisible plays an active role in shaping our future, something we must take care of by first preparing ourselves to listen.

The exhibition in Rome is followed by RETOOL at the ZKM (Zentrum für Kunst und Medien), a proposal for a performative approach to the creation of instruments (November 18 – December 18, 2022).

Within exhibition Repairing the Present: REWILD the MAXXI Museum invites to the following events focusing on the encounter between Science, Technology and Art:

9 November (Wednesday) at 18:00, special event ECOSISTEMA S+T+ARTS with the artists of the exhibition and international experts to explore new spaces and cooperation projects on artistic, scientific and technological innovation. Please visit here the website for registering and information.

from Tuesday 8 to Sunday 13 November, from 11:00 to 19:00, the video exhibition : REPLAY THE FUTURE traces the history of the S+T+ARTS awards, questioning the relationship between research, artistic production and epoch-making foresight.

S+T+ARTS, an initiative of the European Commission that explores the collaborative potential between science, technology and the arts, presents the exhibition series Repairing the Present :REWORLD (at MEET Digital Culture Centre in Milan from 4-30 October), :REWILD (at MAXXI the National Museum of 21st Century Arts in Rome from 15 October – 13 November) and :RETOOL ( at ZKM | Centre for Art and Media in Karlsruhe from 18 November – 18 December).