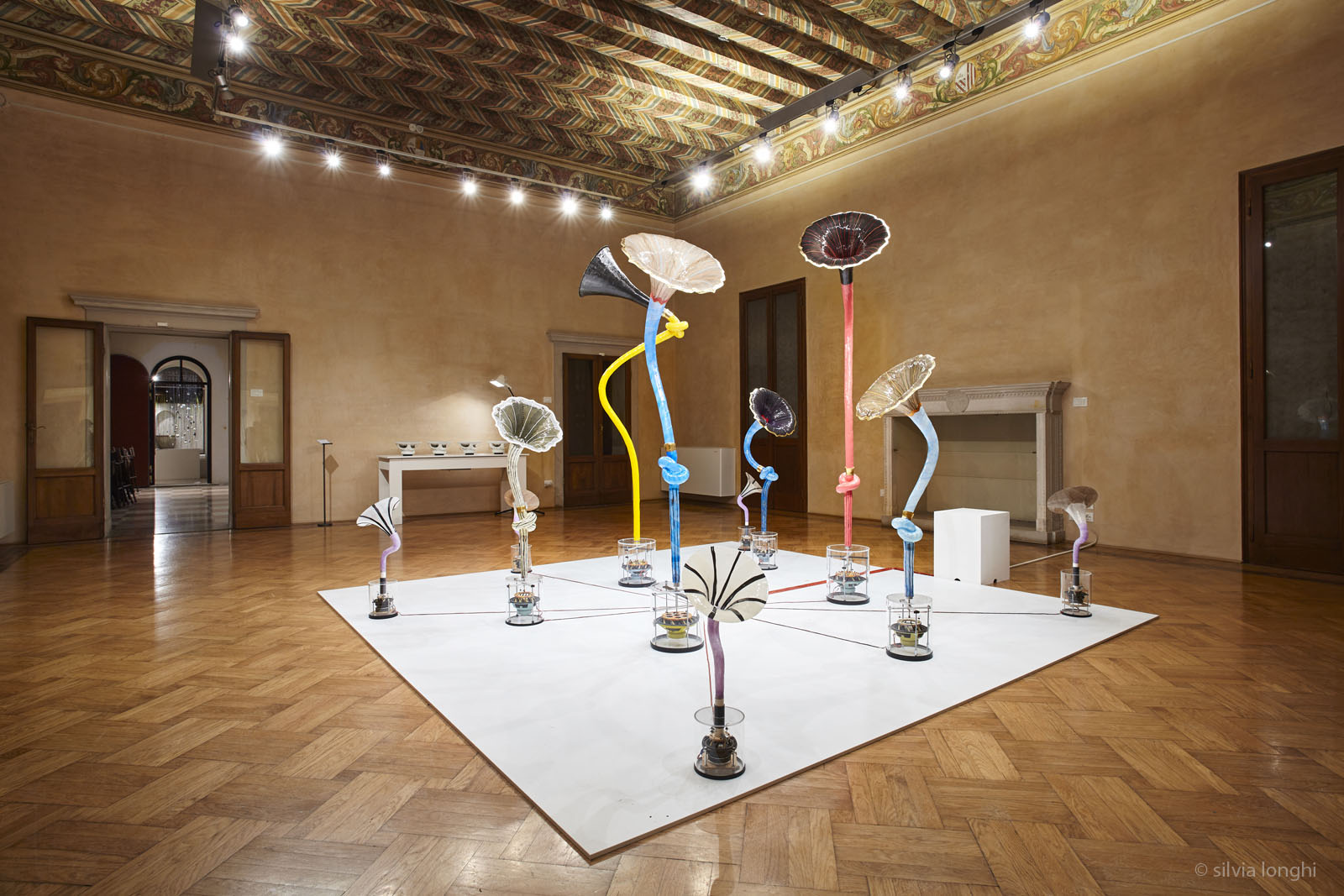 Silenzi d’alberi (Silences of trees) is an exhibition dedicated to the act of listening to nature through eleven works by eleven different international artists, who are all focused on the relationship between man and nature. These artists have, therefore, included sound as a sensory vehicle for their work so that visitors may rediscover an organic vision of the relationship between nature and art. The title of the exhibition is taken from a poem by Andrea Zanzotto, a poet originally from Pieve di Soligo, and refers to his idea of rediscovering nature through audio and visual details.

Curtain by Adam Basanta (Montreal, 1985) consists of a tent made out of hundreds of white earphones, which recreates soft sounds reminiscent of wind, rain and waves. 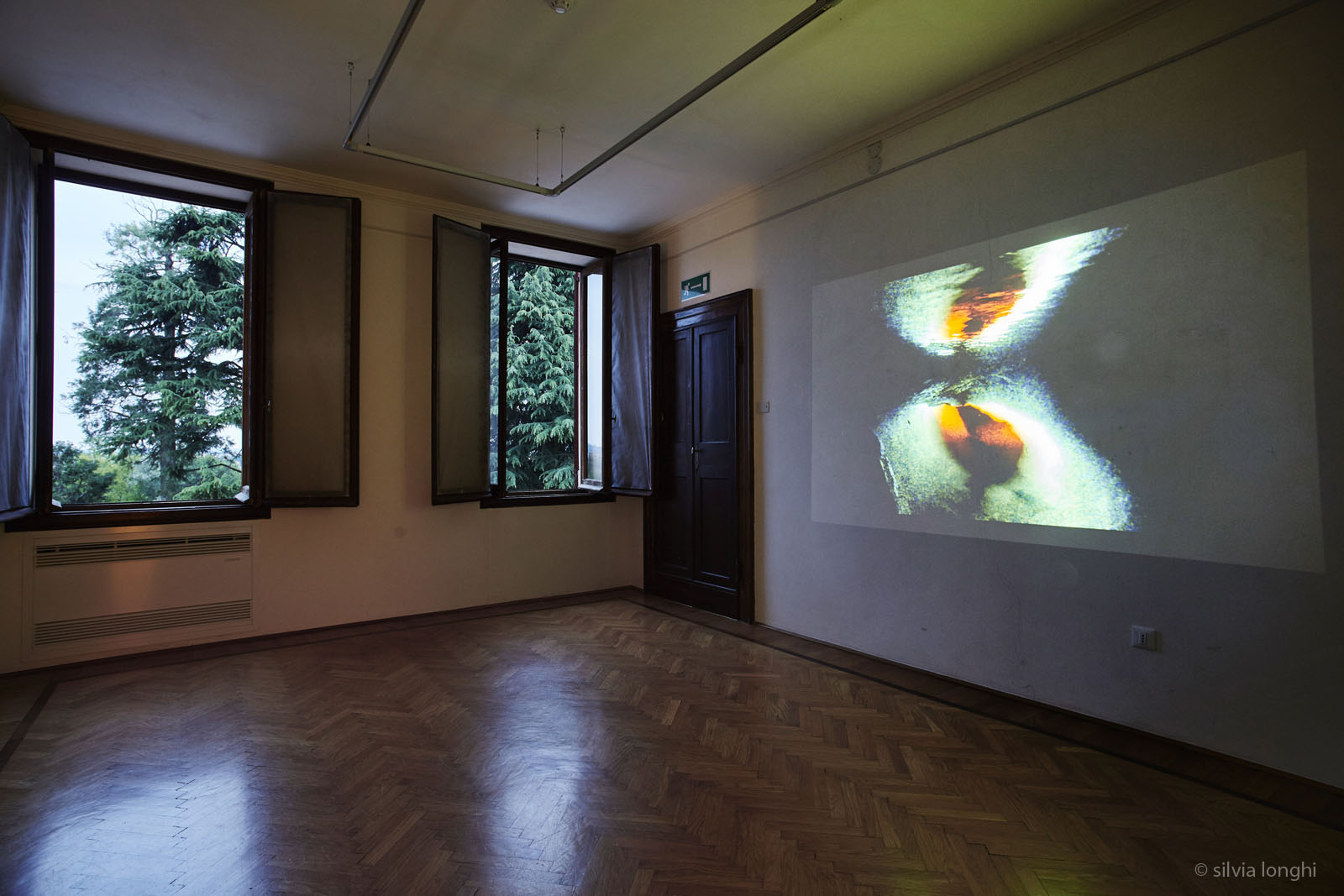 The video Vucca by Carlos Casas (Barcellona, 1974) uses field recordings to capture sounds in a cave in Puglia. In Summer of Love by Douglas Henderson (Baltimore, 1960) giant flowers rotate to vibrations produced by speakers ‘whispering’ Gregory Corso’s Bomb, a satirical poem about the atomic bomb, which was itself a result of man’s violence and ability to destroy his own planet. The kinetic properties of sound are also used in water speakers for Untitled 2007-13, where the surface of the water ripples to make the different sound frequencies ‘visible’. 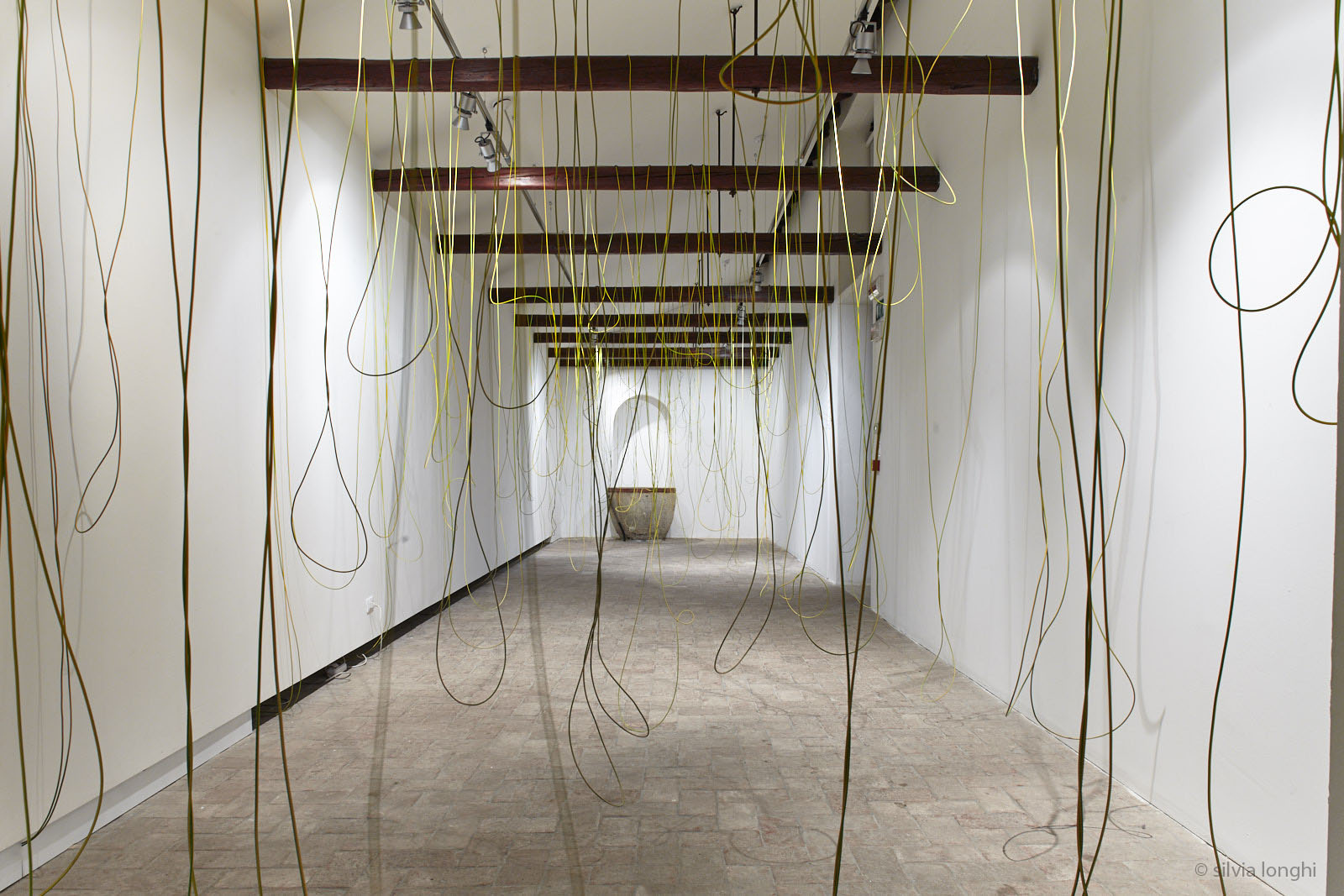 Christina Kubisch (Brema, 1948) unearths exotic sounds from the land on which the greenhouses at Villa Brandolini are situated. Matteo Nasini (Rome, 1976) continues in his research on using the sound of wind, thus giving the random composition of the score directly to nature. 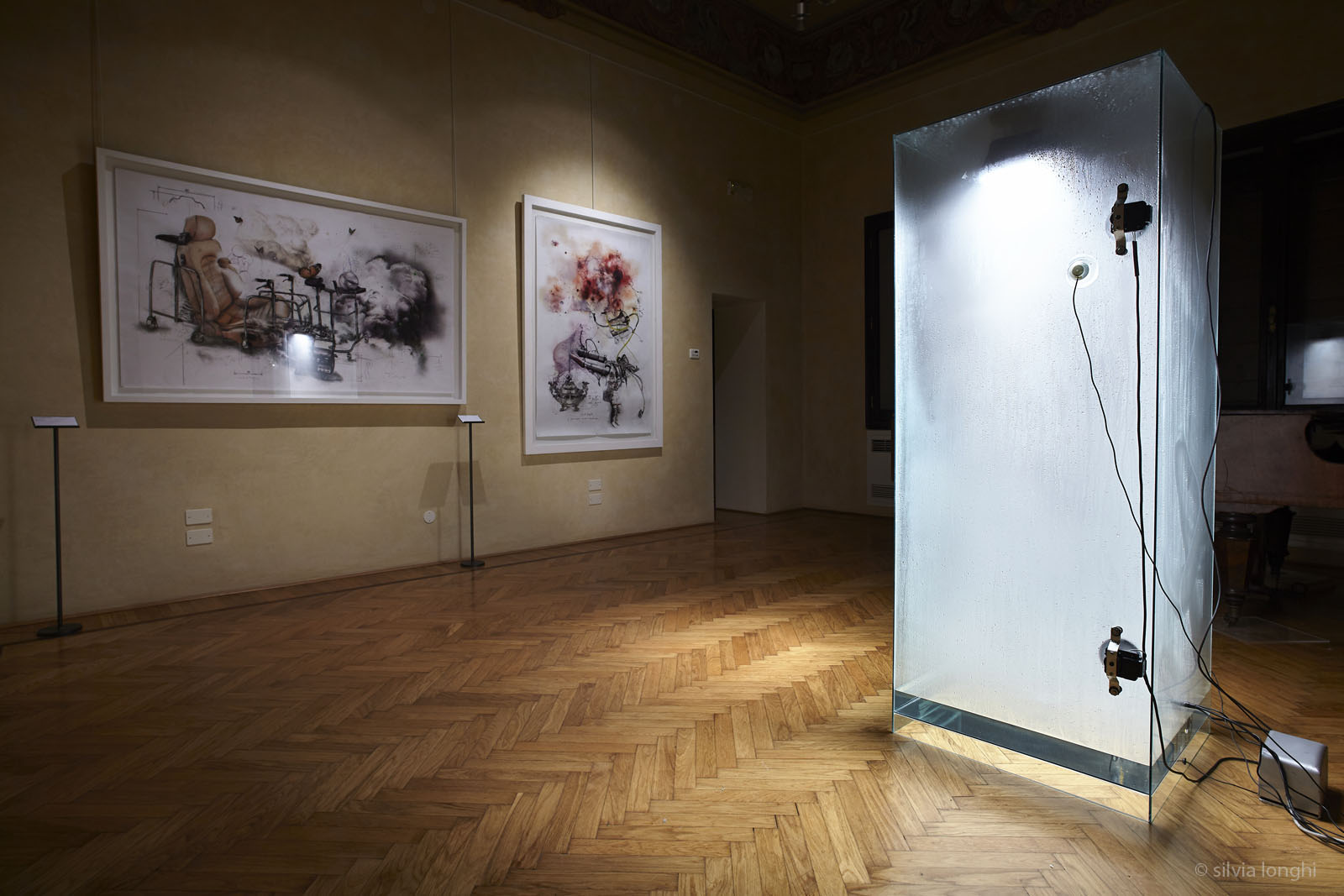 Donato Piccolo (Rome, 1976), who has for some time been engaged in reproducing natural phenomena, incorporates sound in all its multiple aspects and then amplifies it to emphasise nature’s merciless design. At the same time the sound is also allowed to be as delicate as a star colliding with glass in its search for freedom, transmitting the vibrant force of the echo of the universe. 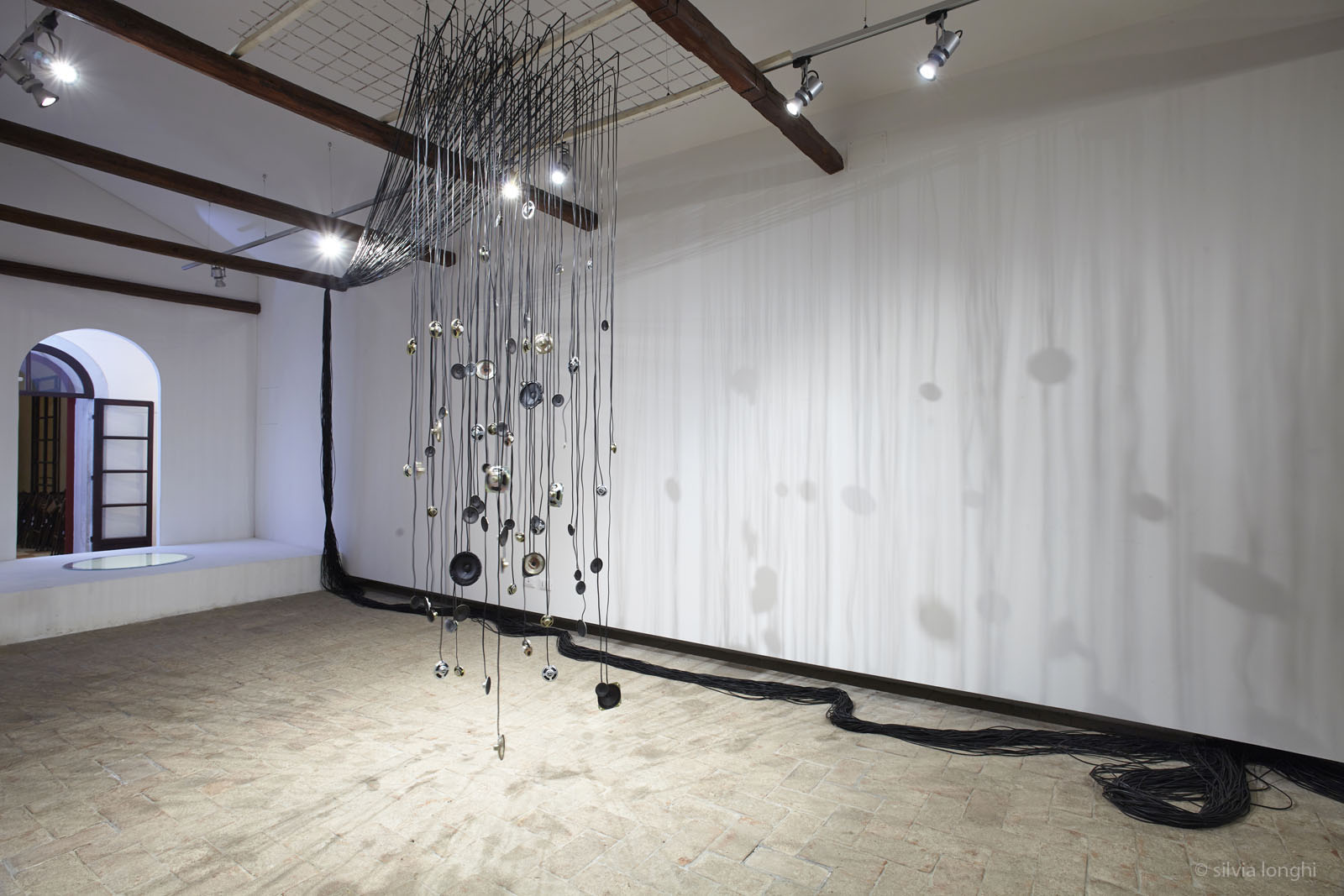 Unità minime di sensibilità (Minimal Units of Sensitivity) by Roberto Pugliese (Naples, 1982) brings atmospheric data, which are recorded by sensors placed outside the villa, into the exhibiting space and translates these into sound, engaging the audience in direct conversation with the external environment. In Equilibrium Variant the artist explores the possibilities of feedback by making two robotic arms, one fitted with a microphone and the other with a speaker, move and interact with each other as if they were two animals engaged in courtship or a battle. 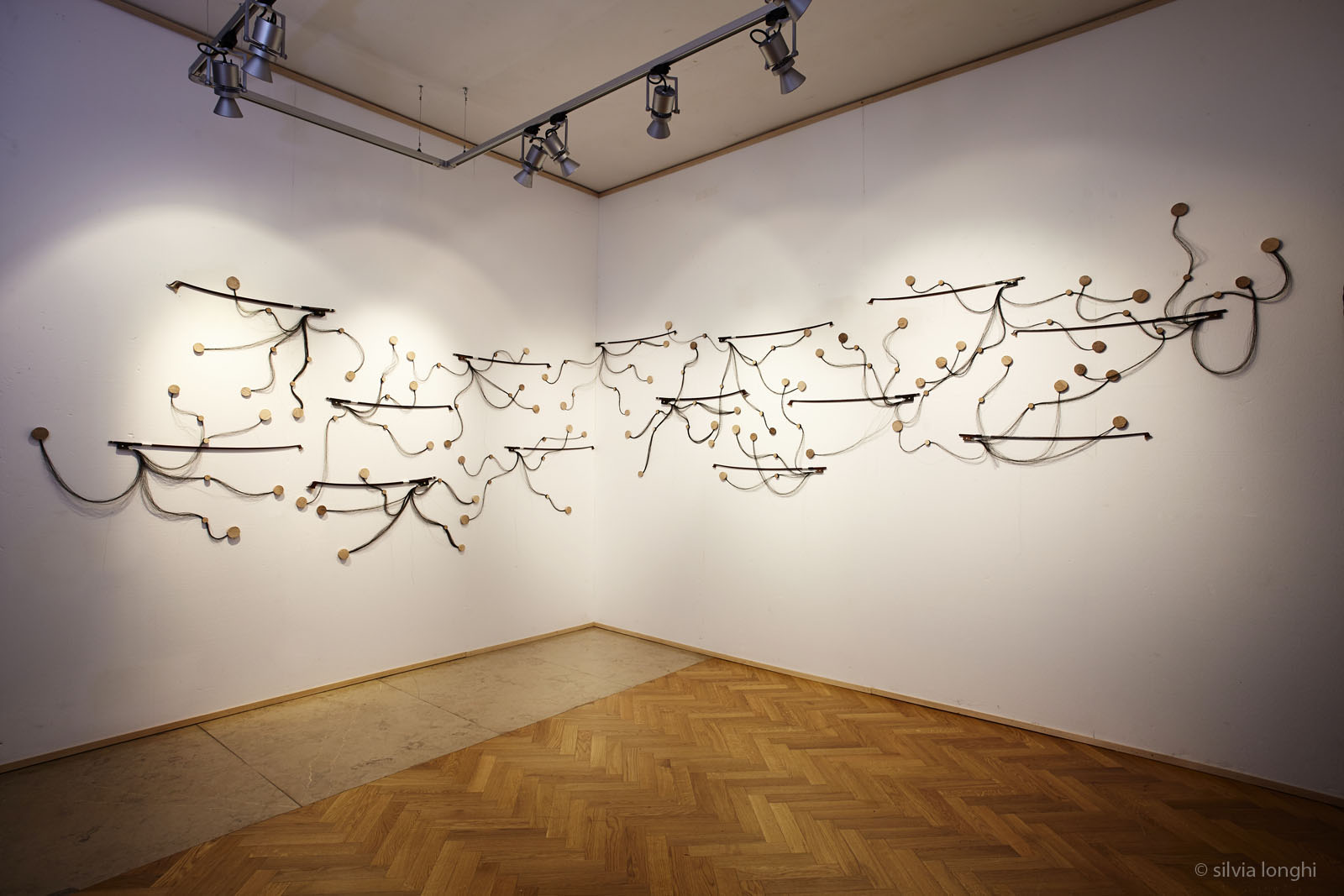 Tamara Repetto (Genoa, 1973) with Costellazione A. Punctatum (Constellation A. Punctatum) designs a pattern made with violin bows and wood which is being consumed by woodworms. These marks pierce our memories through the sound of woodworms eating wood and memories fill the void like the noise of John Cage’s silence. The concert accompanying Nocturno, by Edgardo Rudnitzky (Buenos Aires, 1956) depends on the arbitrary nature of fire as the heat of seven small flames sets the plectra in motion which, in turn, pluck the same number of monochords. 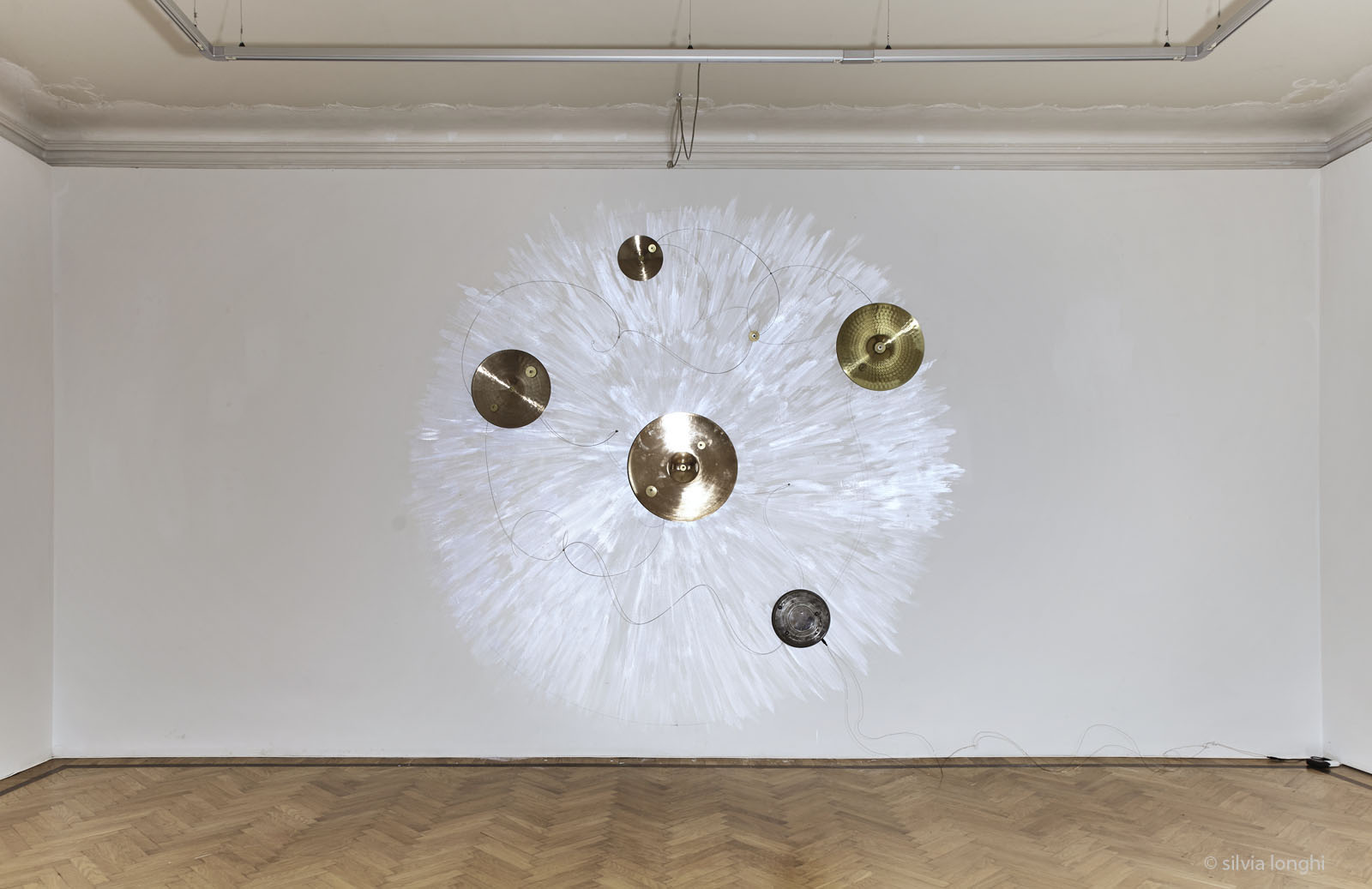 The installation La fontanella scintilla con i grilli sotto l’acqua (The small fountain shines with underwater grasshoppers) by Alessandro Sciaraffa (Turin, 1976) is made up of playful water fountains, in which the natural element is recreated through the sound of bronze plates activated by curious visitors. 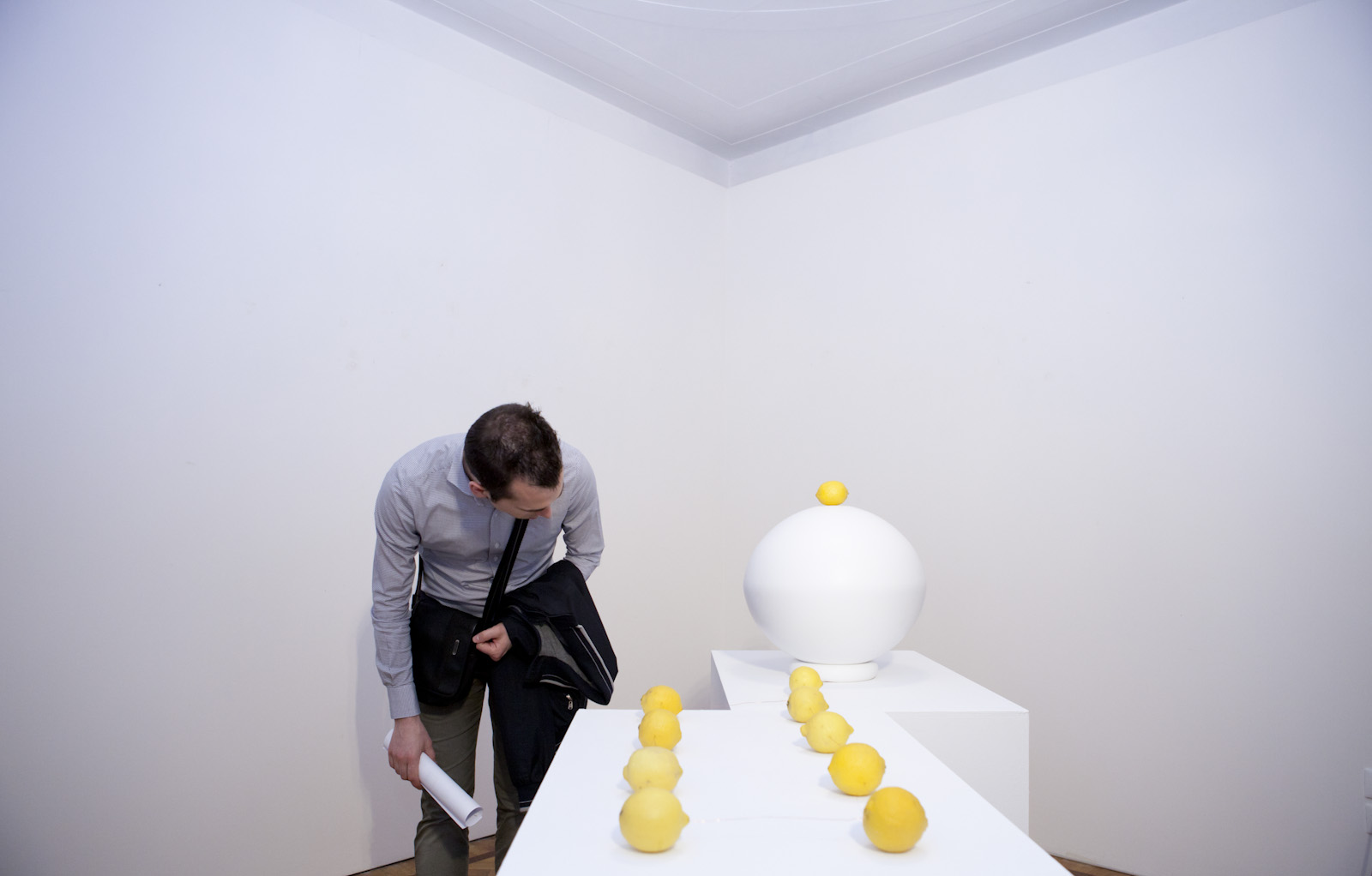 In Natura morta (Still Life) by Michele Spanghero (Gorizia, 1979) the sound is generated by converting the chemical energy of lemons into electric energy and still life into ‘living’ life.

These works are not exclusively sound art exhibits, but sound does play an important part. The pieces reveal nature in all its diverse forms, but at the same time demonstrate how sound can be ‘modelled’ as a creative element itself. Both exhibits and sounds are there to be enjoyed.