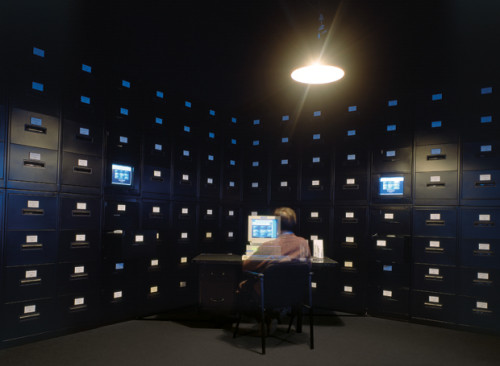 (…) At the end of the conversation I thought that an oscillation between art and society exists which is comparable to that of flight. They are like two particles of air that are separated the very moment they hit the edge of a wing. Even though one particle moves much quicker than the other, creating a difference in air pressure, the two will come together again on the other side of the wing. The difference in speed of the particles is what makes flight possible and, metaphorically speaking, the subject of this book (Cecilia Guida).

Spatial Practices, the book by young art critic and curator Cecilia Guida, captures the interest in a very specific topic: public art in the era of networks. The distinct nature of the subject expands towards a very broad context, strongly linked to society, in its expression through public space and throughout history. The spotlight was aimed at the processes of crossbreeding art, language and social dynamic, a new «metamorphosis of space»  accelerated by the development of communication until the internet materialized new types of public space and new formulas of privatization.

The book focuses upon Spatial Practices or «practices that do not have objective attributes but experiential ones which – beginning with the exigencies felt by artists to branch out from designated places – occupy spaces applied to everyday life and contemporary communication in order to experiment different aesthetic methods with the active participation of a vaster and more spontaneous community». Technology played a principal role in this type of artistic practice in which the unmistakable link between art and society is even more stable and explicit.

The choice of the words Spatial Practices to describe the concept combines and replaces definitions in use today such as public art, street art and net art – all of which are practices that (each in their own way in terms of public participation) move in the direction of «spatial-temporal»  coordinates and exist within a social dimension. The consolidation of genres – often treated as distinctly separate – into a single term is the very first in a series of mind-opening exercises that the book proposes during a journey towards the repossession of the true meaning of some of today’s artistic practices and of their proper placement in history. Speaking of public art also means speaking about modernity in a generic and extant sense and in strict relation to society-related aspects in all of its facets.

Guida traces the motivations behind the materialization of art in the form of «social practices» with a method that is as instructive as it is promptly scientific: we go back in time to the champion political debate of the 18th century that revolved around the rising public sphere and find a reference point to the theories of public and private which German philosopher Jürgen Habermas (b. 1929) delineated in the 1960s. He, of course, took the role of the media – which was the press and radio at the time – into account. His model is still relevant today; if we take the new variables and the relational changes they create amongst themselves into account. Guida states: «Today, the boundaries between public and private are no longer well-defined and those between public and author are even less; moreover, in lieu of Habermas’ public sphere we have a plurality of spaces for discussion (on and offline) while the 19th-20th century notions of individual and public are replaced by a plurality of ways in which post-modern cities are subjectified and substituted with public-authors connected to the Web». 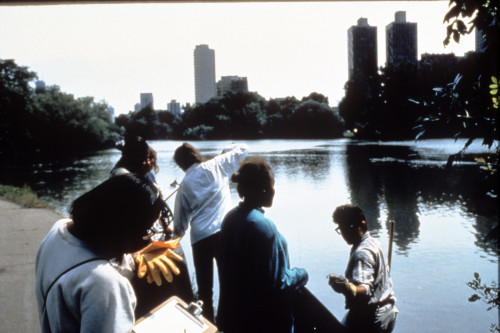 Being conscious of what space, public and private actually are is the fundamental premise of being capable of venturing into artistic practices, dating back to practices prior to Spatial Practices – that is to say, the futuristic evenings, Duchamp’s readymade, Fluxus events and situationals – to then continue towards works that assume the form of social practices particularly popular in Europe and the US during the 1990s. Particular attention is given to Culture in Action, a project begun in 1993 by Mary Jane Jacob in Chicago, where, rather than a sculptural object, coincides with  social action.

This vision expanded by the function of public work as a social mirror, spreads to the analysis of structural transformations of cities with the arrival of Internet increasingly «fragmented and decentralized», increasingly exposed and overlapped with the invisible grids of the network of which it is a part. Technology and media must become social environments; internet, the authentic territory in which to act and create, is a superstructure that connects the local to the global.

Through her historical and socio-political reconstruction, Guida illustrates the continuity which – when analyzing public art – exists from the function of the statues in the piazzas to the function of art in this era of the networks by way of the moment in time in which television replaced the political function of the monument. The interviews with Michelangelo Pistoletto and Tommaso Tozzi featured in the book reflect a precise choice. In fact, the author turns to these two pioneers of different historical moments, each with their own specific importance. 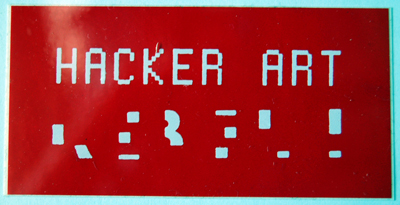 Michelangelo Pistoletto has been forwarding his own vision of art as an instrument of social usefulness since the 1960s. His idea is of a «dynamic» work in which Cittadellarte – interpreted as a collective place where art is committed on civil and social fronts – is the most recent evolution.  Tommaso Tozzi has cultivated the idea of art as a collective work by taking full advantage of the internet’s potential for many decades. His work, aside from many hacker projects in which Italy has been a pioneer, is acknowledged in his Wikiartpedia artwork-online archive (now EDueda) founded in 2004 as a receptacle of electronic culture as well as a new interpretation of collective work resulting from the transfer of resources among members of a community who live the Web.

It is with this wealth of connections and particular open-mindedness that Spatial Practices becomes an artistic practice with and of itself, demonstrating that it too can bring about a «stimulus to a critical thought or action that triggers change», the hope that the author expresses at the end of her book as a premise for a new start. The operation of Spatial Practices is also transformed into space, a junction and a modernization of relations and mental practices «tuned in» with the new technological model in reference not so much to the object as to the way to create the rapport.