by Arshake
in Special Project 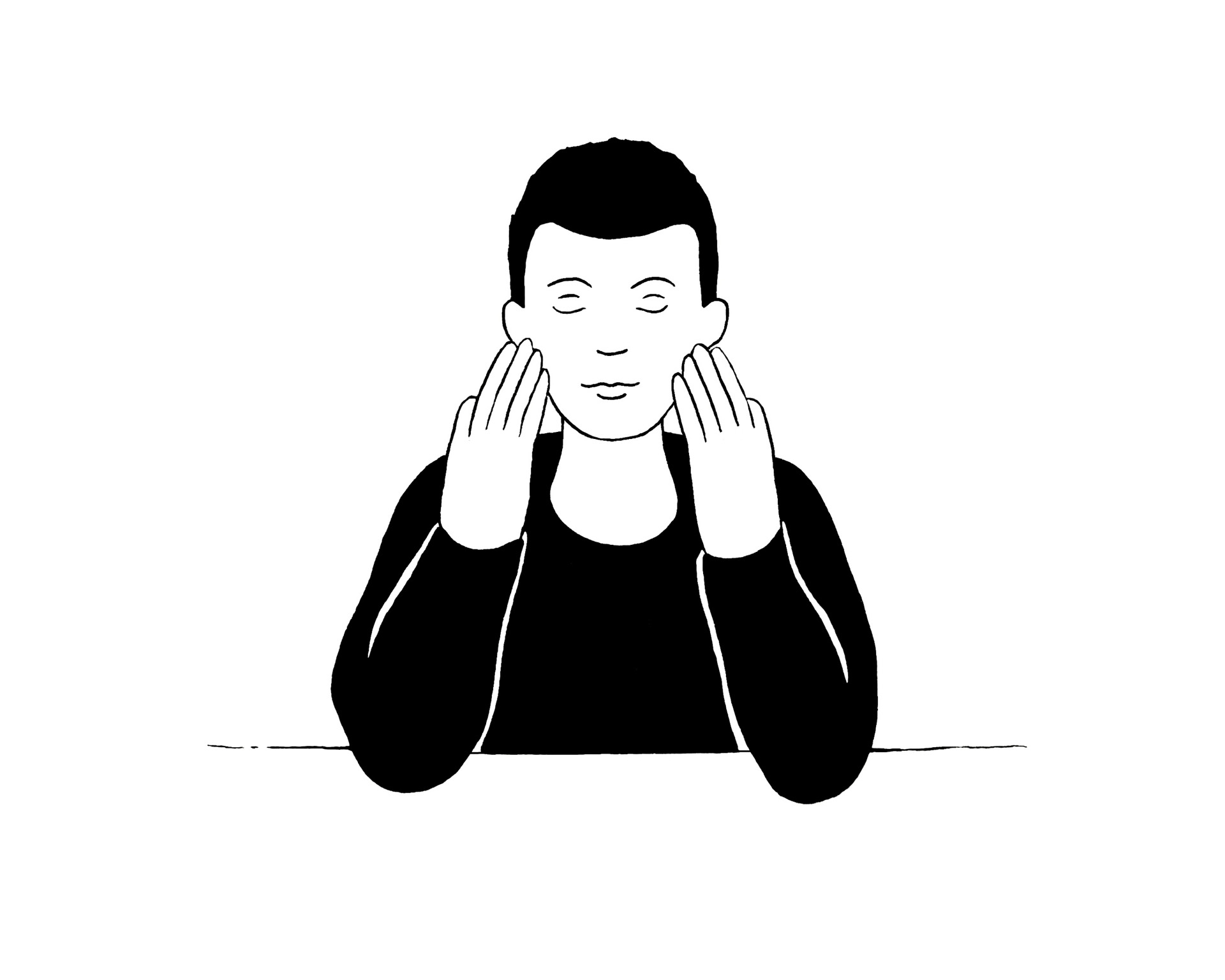 Arshake is pleased to present Antonio della Guardia, For a Forthcoming reality, 2020, special project # 17 for Arshake’s Banner, curated by Gianpaolo Cacciottolo*. During the week between June, 15 and June 21st, from Monday to Sunday, Della Guardia’s drawings will come to life to enter in touch with users, each day differently, by appropriating a series of exercises formulated by William Horatio Bates in the first decades of the twentieth century. These are used as a potential technique for regaining sight and, therefore, of release from the submission to labour and its work time, as explained by curator Cacciottolo in the accompanying essay that follows.

*For a Forthcoming reality evolves from a first phase born in Kiev for the collective exhibition “The Corrosion of Charachter”, realized within the project Q-International of the Rome’s Quadriennale, curated by Alessandra Troncone e Kateryna Filyuk. All the videos are courtesy of the Artist and of Tiziana Di Caro Gallery, Naples.

Bates Model. A Vademecum for Smart Workers
by Gianpaolo Cacciottolo

First, I should say that I am a visual person.
I experience with my eyes and never, or rarely with my ears –
to my constant regret.[1]

Underground city workers complete a synchronised shift change with their eyes cast rigorously down. In this scene from Metropolis (1927), Lang’s camera never lingers on the eyes, which soon look up, forced to make continuous, incessant, nervous movements; workers enslaved by the dance-like rites of forced work, responsible for the machines and mechanisms which subjugate them. The rhythms are frenetic, the conditions aberrant, any distraction forbidden. Death is just around the corner. The rebellion, promoted by pseudo-prophets and rogue leaders, takes on failed attributes and forms of self-destruction, foiled only by a deliberately sweet ending (not by Lang). The workers of Metropolis embody a condition typical of Foucauldian disciplinary societies, which see in the large sites of confinement – in this case the factory – a space where imposed regimes of production, on the one hand, and of surveillance, coercion and conditioning of human life, on the other, take place. Almost a century after Metropolis, the form and spaces where these dynamics of work and rebellion materialise have probably changed. Postscript on the Societies of ControlQohen Leth, a hacker/programmer working for the multinational Mancom, becomes a trade unionist to represent himself and work from home with the excuse of higher productivity. He ends, oscillating between nightmares and obsessions, by rebelling and destroying with a hammer the supercomputer, simulacrum of a reality that now coincides with the virtual (The Zero Theorem, directed by Terry Gilliam, 2013). 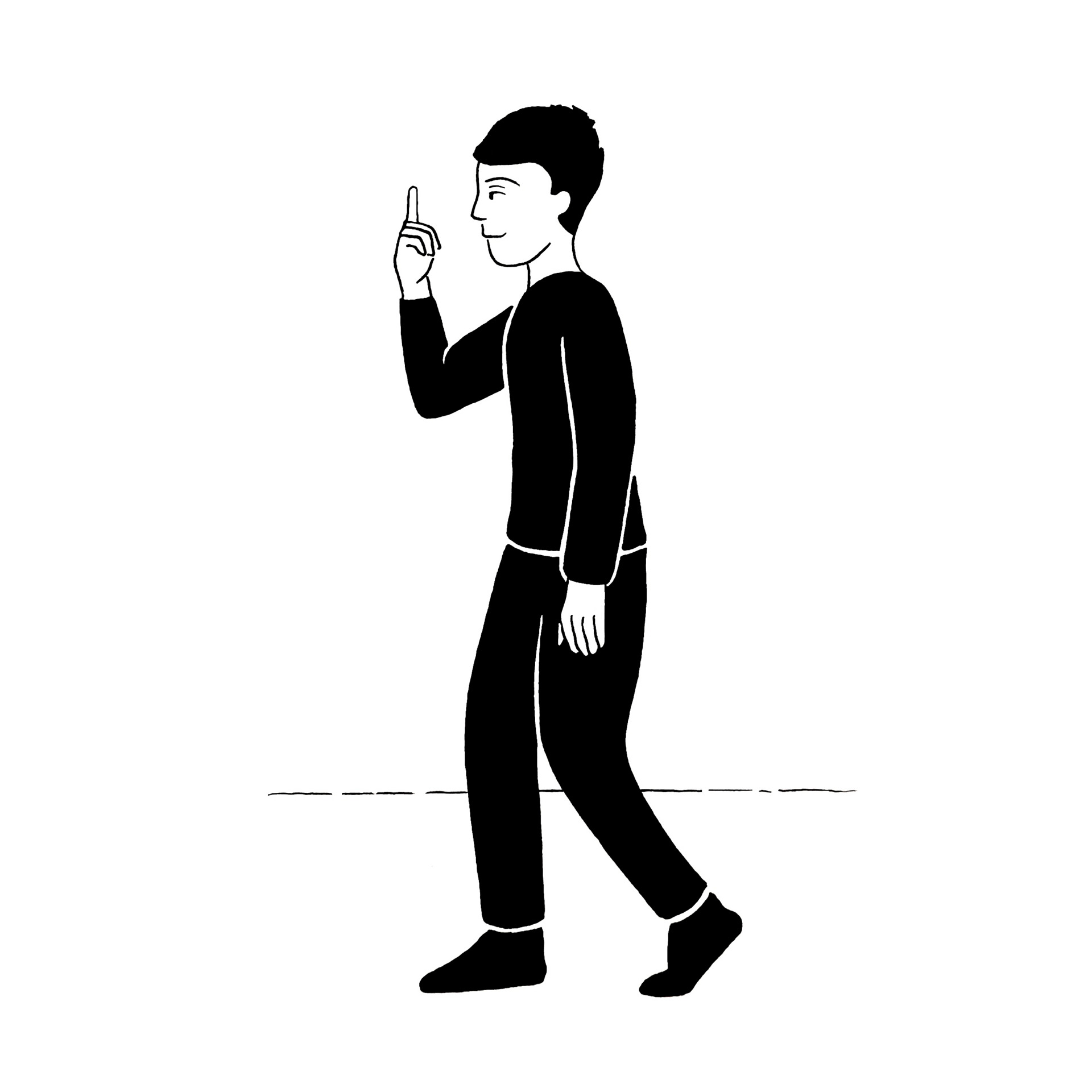 These are some of the things that can happen when control is handed over to companies, as noted by Deleuze in 1990.[2] This is also, and above, all a transition from industrial modernity to a global network, a turning point inevitably favoured by accelerated processes of technological innovation, which have spread a pervasive automation of behaviour as well as mechanical automation. A turning point that “Bifo” also examines in relation to the concept of labour time:

Work, science and technology have all contributed to expanding automation to such an extent that it has dramatically increased labour productivity, paving the way for a massive reduction in the amount of labour time needed. This, however, has not led to a reduction in the number of hours that people devote to salaried work. On the contrary, compared to the 1960s and 1970s, such time has even increased.[3]

If in disciplinary societies relative interstitial spaces of freedom still existed, these were to be found in some parts of private life. In Deleuze’s society of control, “[t]here are now very few significant interludes of human existence (with the colossal exception of sleep) that have not been penetrated and taken over as work time, consumption time, or marketing time” and “the individual redefined as a full-time economic agent” within the “world system of capitalism” in which the “shift from production to financialization” has been made also thanks to “neoliberalism, the marketing of the personal computer, and the dismantling of systems of social protection, the assault on everyday life assumed a new ferocity”[4]and where even “private space has been invaded and whittled down by technological reality.”[5] As Mark Fisher also observed:

Deleuze observes that the Control societies delineated by Kafka himself, but also by Foucault and Burroughs, operate using indefinite postponement: Education as a lifelong process… Training that persists for as long as your working life continues… Work you take home with you… Working from home, homing from work.[6] 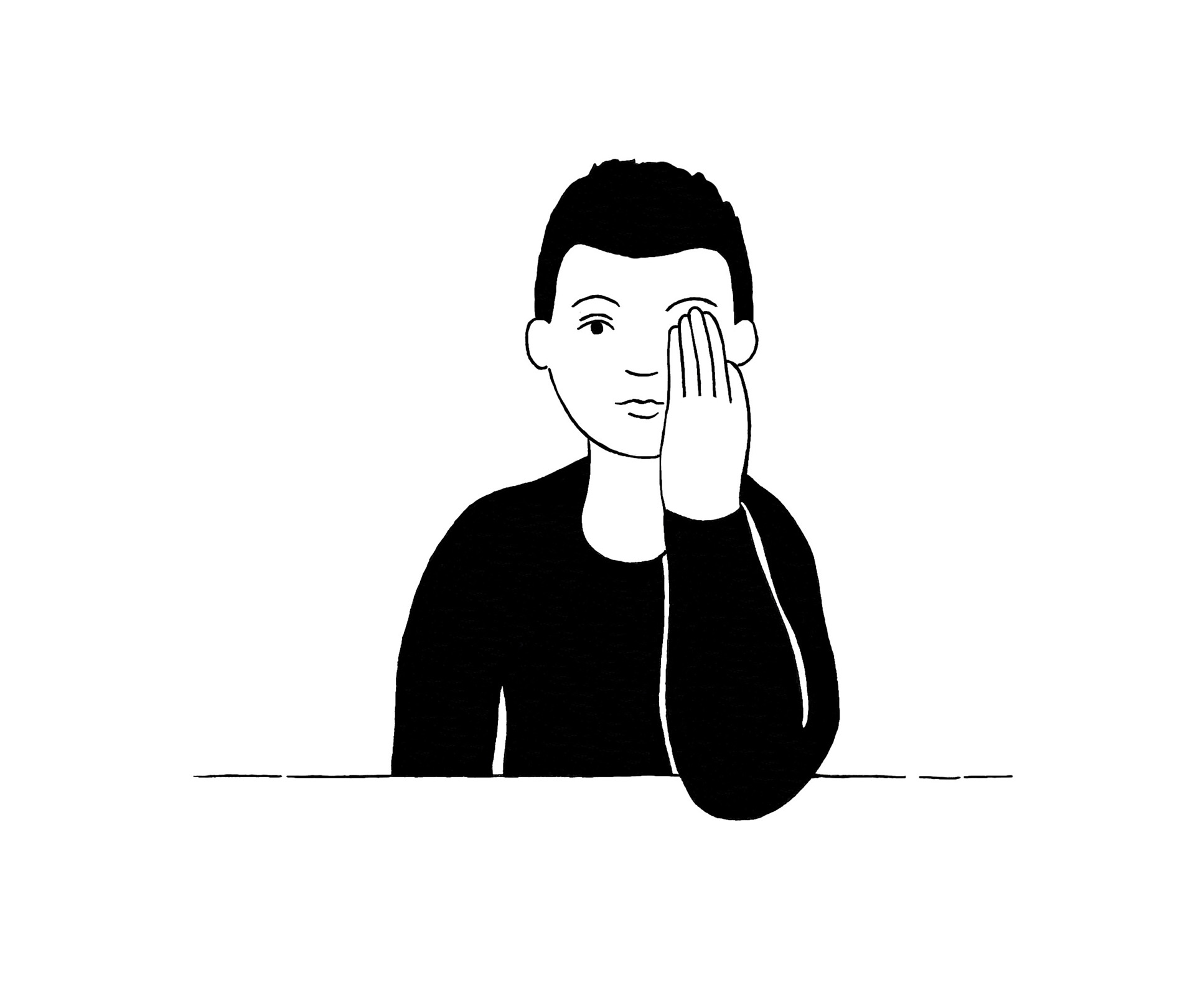 Today new social and labour patterns delineate human beings’ life trajectories: the circadian rhythm is a labour rhythm where the overlapping of private and work space is achieved and in order to be present hyperconnection is required. However, given the failure of the rebellion, both individual (violent) and collective, according to Deleuze, “[t]here is no need to fear or hope, but only to look for new weapons.”[7]

These themes represent the endpoint in the artistic research carried out by Antonio Della Guardia (Salerno 1990), who in recent years has focused in particular on the constraints imposed by work schemes which are continuously being transformed in the name of flexibility. His work aims to reveal paths of emancipation from this condition of domination that work/capital exercises on mankind.

This time, Della Guardia has specifically turned his attention towards that ever-increasing group of workers, such as Gilliam’s Qohen Leth, who are forced every day to labour long hours exposed to the artificial light of digital monitors. While it is undeniable that the impact of technological change has affected knowledge,[8] it is equally undeniable that it has had, and is having, a significant impact on the health of those who benefit from it or, rather, those who are enslaved by it.

Della Guardia is, therefore, interested in sight: “The eyes, continually fatigued by prolonged use and close-up vision, are deprived of their real function, long distance viewing in daylight. This causes oxidative stress and damage in retinal pigmentation, as a result of which the number of blinks decreases from nine hundred to just under one hundred per hour, inevitably inhibiting the secretion of melatonin and resulting in a reduction in the ability to focus at long distances.”[9] It is no coincidence that Eric Schmidt, former CEO of Google, already declared in the late 1990s that the goal of dominant global corporations in the century of the “attention economy”, the twenty-first, should be to engage and control as many “eyeballs” as possible.[10] This applies to the global market, both in the logic of sales and consumption and in the logic of recruitment of new workers. 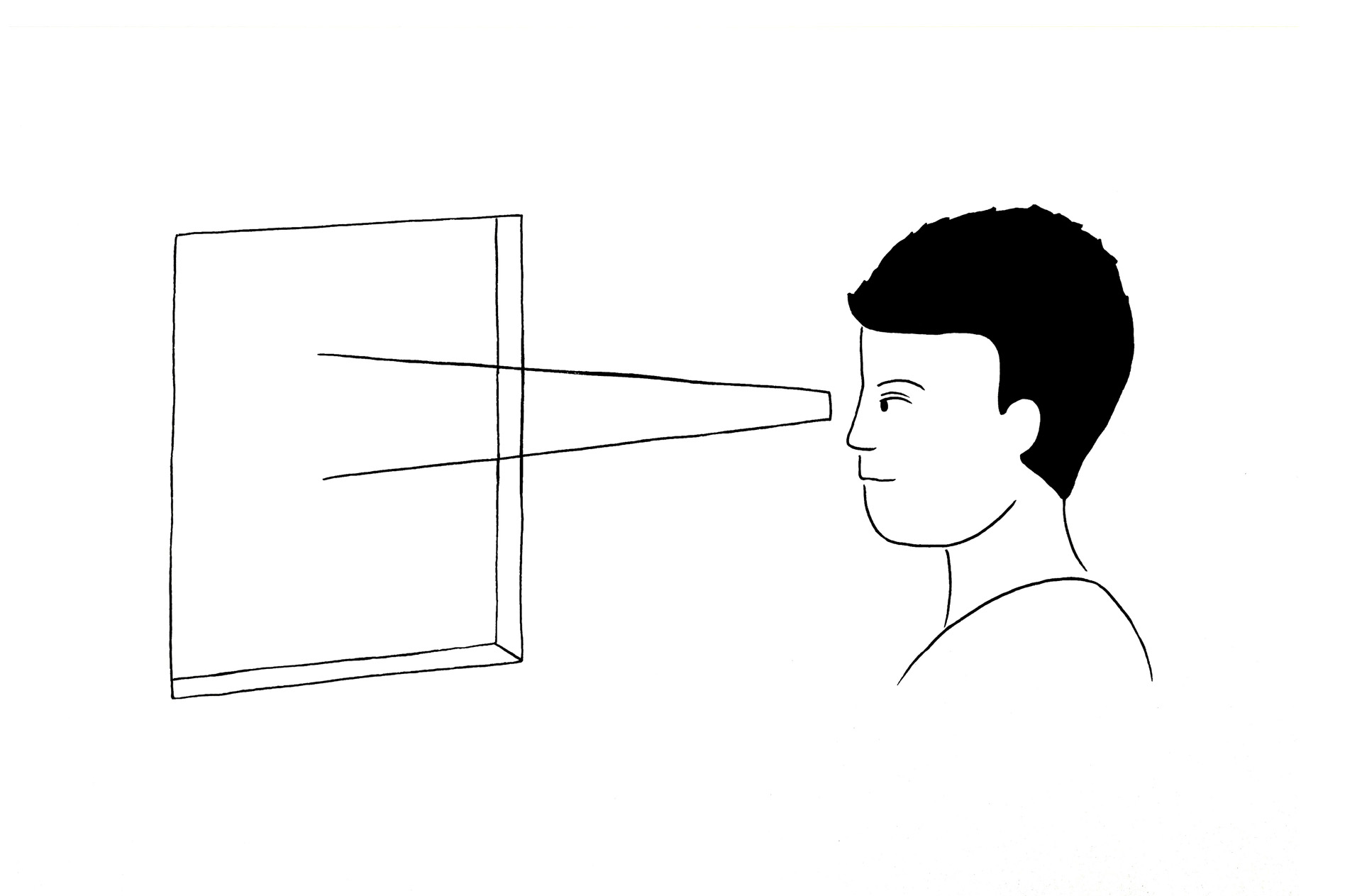 The reflection that finds in For a Forthcoming Reality a necessarily virtual outcome for the Arshake banner – exhibition space/place of care – appropriates a series of exercises formulated by William Horatio Bates in the first decades of the twentieth century.[11] These are used as a potential technique for regaining sight and, therefore, of release from the submission to labour and its work time. What today seems to be a perfect guide for smart workers includes seven animations depicting seven simple exercises, one for each day of the week; these operate on the standardised use of sight like real escape techniques, brief moments of daily liberation from the dictatorship of the screen and artificial light. An untested or, rather, not scientifically approved vaccine, which turns into a political act of civil disobedience that, at a time of social distancing, rejects the public dimension of the Arendtian protest, materialising in the private writing of interludes aimed at finally (re)conquering moments of time, life and, perhaps, even good health; it is the autonomous creation of trigger devices for emancipation, distraction, from the abuse of a labor regime imposed by today’s society of voluntary servitude, in which we are all inevitably complicit.

“We live and die rationally and productively. We know that destruction is the price of progress as death is the price of life, that renunciation and toil are the prerequisites for gratification and joy, that business must go on, and that the alternatives are Utopian.”[12]

[1]Extract from Giorgio Moroder presents Metropolis, 1984.
[2] Gilles Deleuze, Postscript on the Societies of Control, published in “L’Autre journal”, May 1990.
[3] Franco Berardi, Futurability, BLACK, 2018, p. 177.
[4] Jonathan Crary, 24/7. Late Capitalism and the Ends of Sleep, Verso, 2013, pp. 15, 70-71.
[5] Herbert Marcuse, One-Dimensional Man, Routledge, 1964, p. 12.
[6] Mark Fisher, Capitalist Realism. Is There No Alternative?, O Books, 2009, p. 22.
[7] Gilles Deleuze, Postscript.
[8] Jean-François Lyotard, The Postmodern Condition: A Report on Knowledge, 1979.
[9] Interview with the artist.
[10] Jonathan Crary, 24/7, p. 75.
[11]The Bates method is an alternative medicine method developed by William Horatio Bates in 1919, in his self-published book, Perfect Sight Without Glasses. Bates’ theories lack the support of scientific studies[1] and have been accused of going against all the most evident principles of ocular anatomy, already well known when Bates published his book. Because of this and the lack of scientifically proven benefits in the use of the proposed technique, Bates was expelled from the American Academy of Ophthalmology. (from Wikipedia)
[12] Herbert Marcuse, One-Dimensional Man, p. 149.

Antonio Della Guardia
Born in Salerno in 1990, lives and works in Naples. His research develops through different expressive languages by focusing on the mechanisms of power inherent in the working and social dynamics and the hierarchies that affect the personal living conditions of man. He is currently in preparation for his solo exhibition at the Italian Cultural Institute in Stockholm, curated by Vasco Forconi.

Gianpaolo Cacciottolo
He is a PhD student in Methods and Methodologies of Historical-Artistic Research at the University of Salerno, Italy. His research focuses on the developments of curatorial practices in Italy after 2000 in the field of contemporary art. He is also an independent curator, art critic and contributor to some italian contemporary art magazines. In 2017 he had a curatorial internship at Madre Museum in Naples. In 2015 He has been selected by Fondazione Sandretto Re Rebaudengo (Turin) for “Campo. Corso per giovani curatori italiani”, where he curated along with others “Piigs. An alternative geography of curating”.