September 12 is the closing date scheduled for I Cieli di Roma. Work in Progress (The Skies of Rome. Work in Progress), the Special Project #4 ideated by Mariagrazia Pontorno for Arshake. The artist has transformed the banner into an open window to her studio during the creation of the I Cieli di Roma project, a 3D video inspired by the Pope’s helicopter ride the day after his resignation. This work requires long time for its realization and is still under development. Arshake is pleased to announce that the project will continue and finds its home in a side banner at this website where we can continue to follow the progress of this video and the philosophy it is built around (enhanced with dialogue) until its definite conclusion.

During this moment of outwards expansion, the artist has published images of her work in progress along with epistolary exchanges with critics, theorists, artists, friends who have been following and supporting her research for some time now. Updates keep coming in forms of blogs at the rhythm of the natural progression of her thoughts and production. The snapshots of the 3D video under construction have become important traces of her creative process, a role that is particularly dear to Pontorno to the point that at times it succeeds the final project as a storyboard and even as a work unto itself. 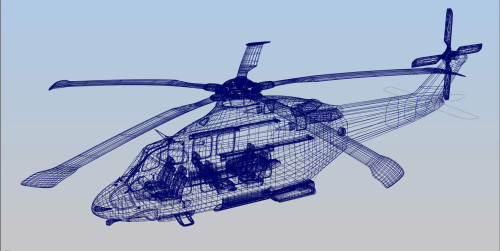 The image from above of the of the helicopter’s wireframe in its 3-D reconstruction functions as an entry to her studio, emblematic image, synthesis of the many aspects related to the content (the perspective from above) and form [more specifically, the ambiguous relationship between artificial and natural as the perfection of the 3D reconstruction reflects].

The project had opened with an introductory essay by Italian critic Cristian Caliandro who, within the contextualization of the Pope’s helicopter ride, recalled some cinematic antecedents. By bringing the metaphysical and spiritual dimension at the forefront where the [white] helicopter leads us in the 3D video that lend us the eye [thus, the point of view] of a drone, to fly above the urban profile which is also a mental landscape. Caliandro affirms in his text that «what we are seeing becomes a vector, a presence in motion that gives us a glimpse of the fertile nature of the present – hooked up to the future as well as the past». 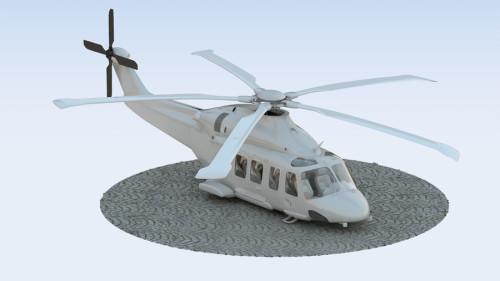 Arshake would like to thank the artist who has so generously shared a personal part of her creative process and to those who have offered their contribution and permission to publish the epistolary exchanges, fascinating observations of the work as well as of the themes bouncing back and forth between specific to universal.

We leave you to your investigation of future continuations and hope you enjoy what you read and see!