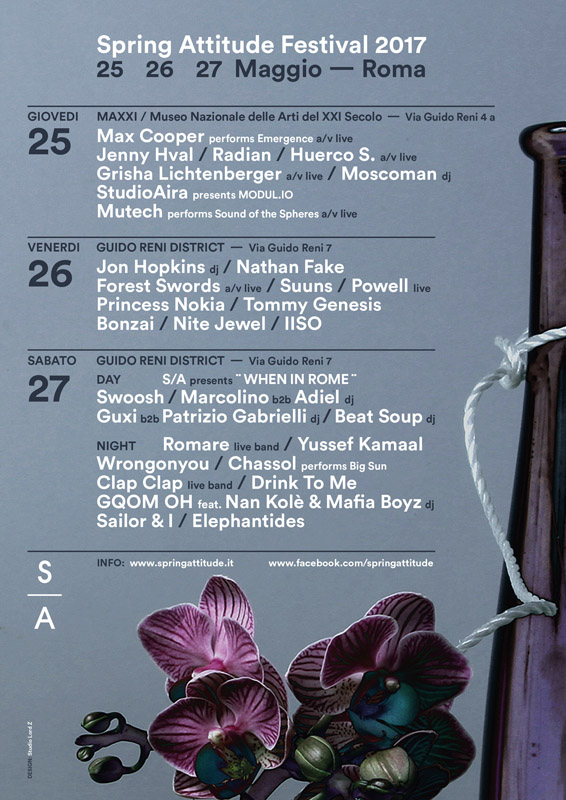 Spring Attitude returns to Rome for its 8th edition with a tight schedule of events and new features related to art and music, research and experimentation. 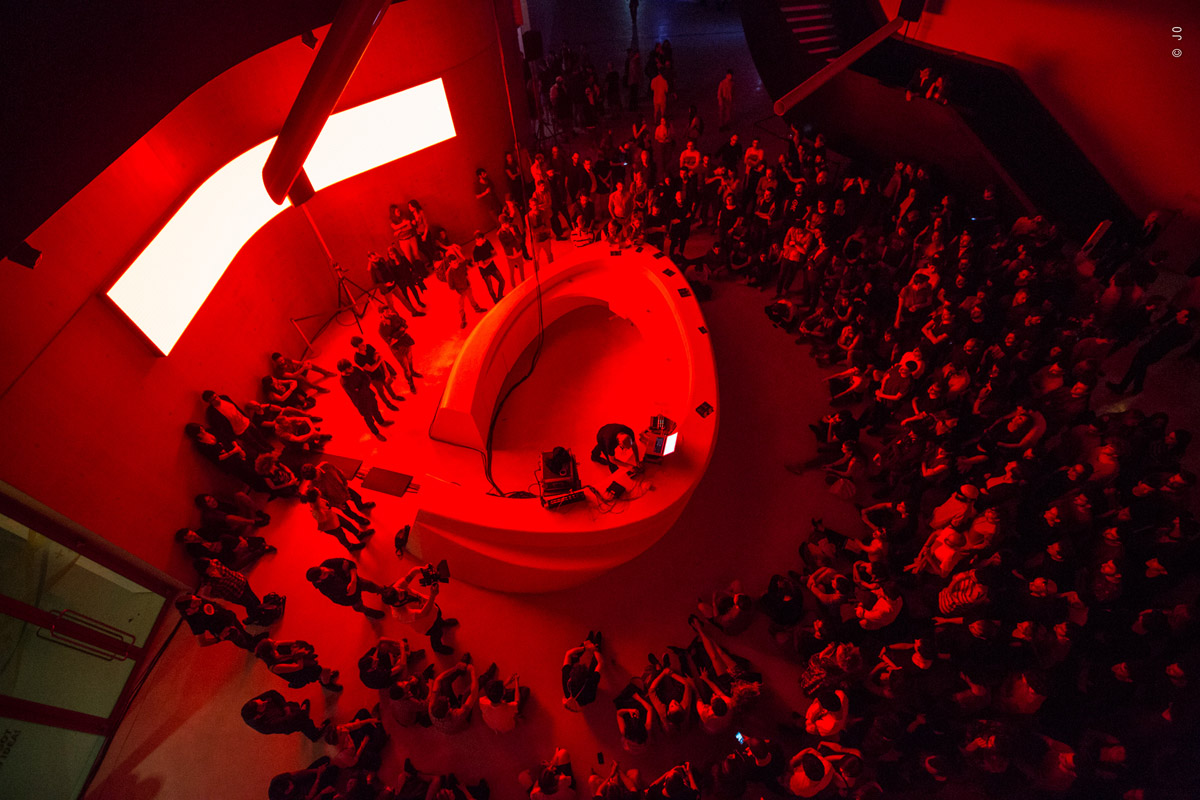 The Festival is expanding to several different venues, including the MAXXI and the Guido Reni District, for its presentation of excellence in the international music and art scene. In recent years, Spring Attitude has been enriched by a new section, the interdisciplinary SPRING+ON project, directed by Caterina Tomeo, which presents live performance, interactive installations and perceptual experiences of sounds, visuals and space. While its spotlights are on the entire international scene, the Festival does also look at the Italian excellence, bringing on stage the band Drink to me, led by the Piemontese Cosmo, and youngster Wrongonyou, aka Marco Zitelli, born in Rome in 1990 and the new wonder of Italy’s indie scene. Then there are Luca Tommasoni and Roberto Tagliabue with their IISO project of “music for images”, a blend of pop, electronics and sound science, who will perform in a semi-transparent cube created by 3D projections. Another Italian project – Elephantides – comes from Sergio Tentella and Daniele Sciolla. Meanwhile, Giuseppe Guariniello, better known as Mutech, will present “Sound of the Spheres”, an immersive ambience where sound and light alter the perceptions of the spectator. 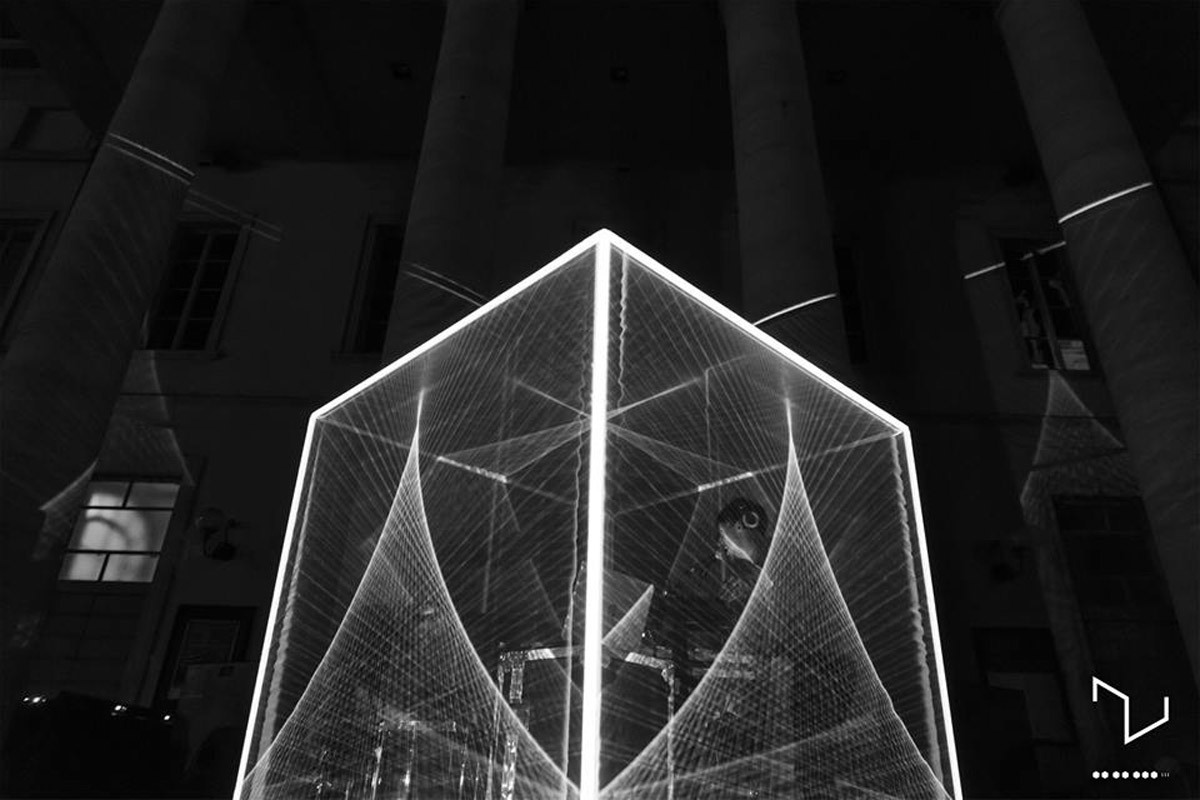 For SPRING+ON, the MAXXI will host the spectacular work of Grisha Lichtenberger, a sound and installation artist and associate of German label Raster–Noton, who will present his new album Spielraum | Allgegenwart | Strahlung with a live media performance. In the Museum’s piazza, visitors will be able to experience the MODUL.IOR interactive installation by Rome group AIRA!, who have curated the Festival’s visuals since the first edition and who are presenting a special project this year. 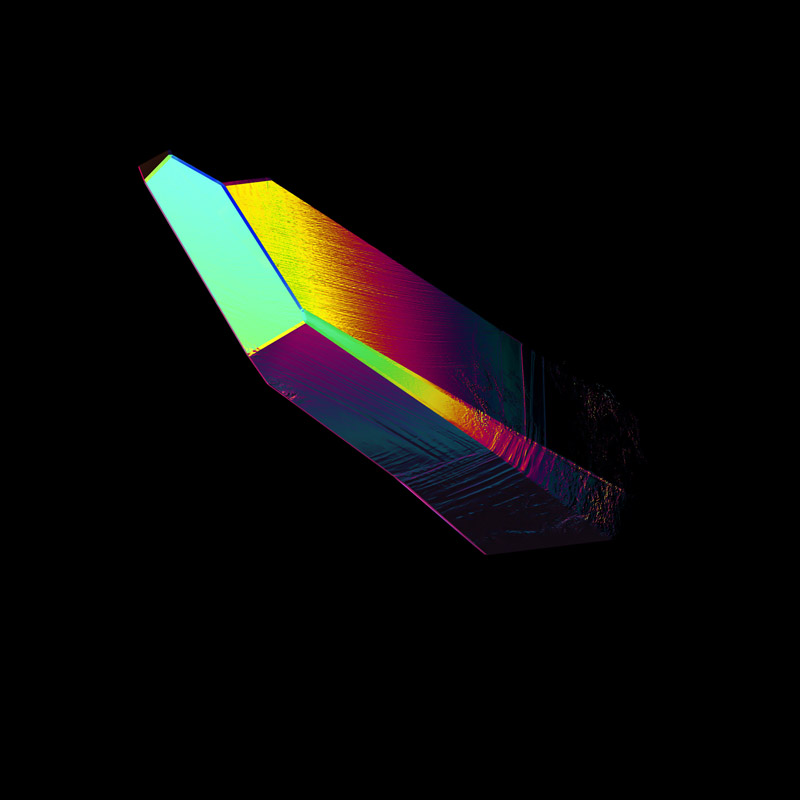 Directed by Caterina Tomeo, and introduced in 2016 thanks to a collaboration with RUFA, the “Education Section” is back with four workshops scheduled to take place at the Pastificio Cerere gallery in San Lorenzo and the Fondazione Mondo Digitale. The aim is to promote awareness of visual art and its relationship with the new media through educational programmes for different types of audience. For adults (creatives, students, makers, designers), there’s the “Walking from Scores” session led by Elena Biserna on 20 May, and the “GIF DA PANICO” workshop on 24 May run by Milanese collective Alterazioni Video. For children (6-13) there’s the “Sound Art Through Robotics” workshop on 24 May with Fondazione Mondo Digitale, a new partner in the festival’s educational section, and “KIDZ & LORDZ” on 27 May, run by STUDIO LORD Z. 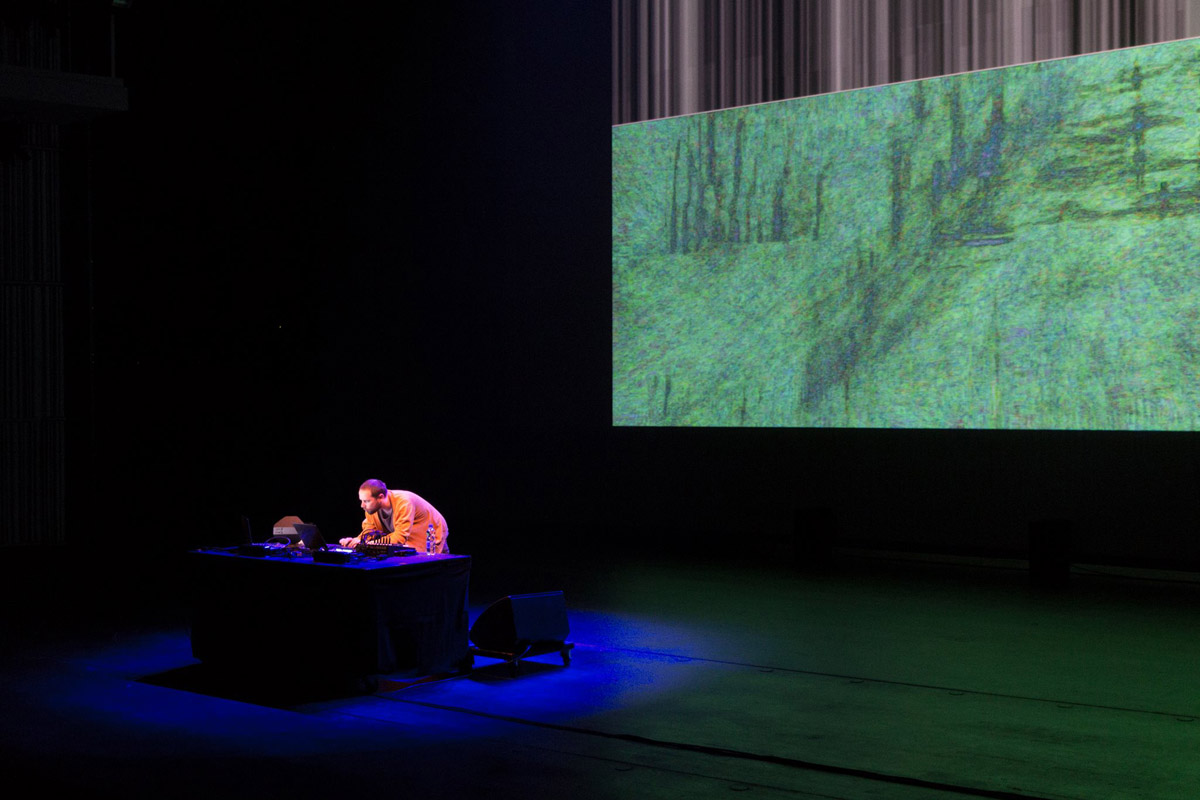 Plenty of space too for the young students of RUFA – Rome University of Fine Arts, whose advanced experimental research projects will be exhibited in the RUFA SPACE at Pastificio Cerere in San Lorenzo from 25 to 27 May.

SPRING+ON launched its programme with a festival preview on 20 May at the Ex Dogana di Roma, featuring German performer Danilo Plessow, aka Motor City Drum Ensemble, and the visual experimentation of Nonotak Studio, the duo made up of illustrator Noemi Schipfer and architect Takami Nakamoto, with their light and sound performance “Shiro”.  Get ready for three days of uninterrupted programming.

Please visit here the website for the updated calendar