by Michela Ruggeri
in focus, From the Past

The original television model, invented by the Scottish television pioneer John Logie Baird, (1888 - 1946). It works as follows: A is the object to be televised; B is a rapidly-revolving disc with lenses through which the object is first reflected. C is a slotted disc which revolves at high speed, breaking down still further the light reflected from the object. E is the light sensitive cell which receives many flashes, each consisting of minute squares of the image, and generates electrical impulses which are transmitted to the receiving apparatus. (Photo by Hulton Archive/Getty Images)

November, 1928. An article featured on Radio News, Radio’s Greatest Magazine, reported the progress made by Scotsman engineer John Logie Baird, since he began work on his invention in June: a “Stereoscopic Television” which “Produces Moving Images Which Are Given the Appearance of Solidity”. 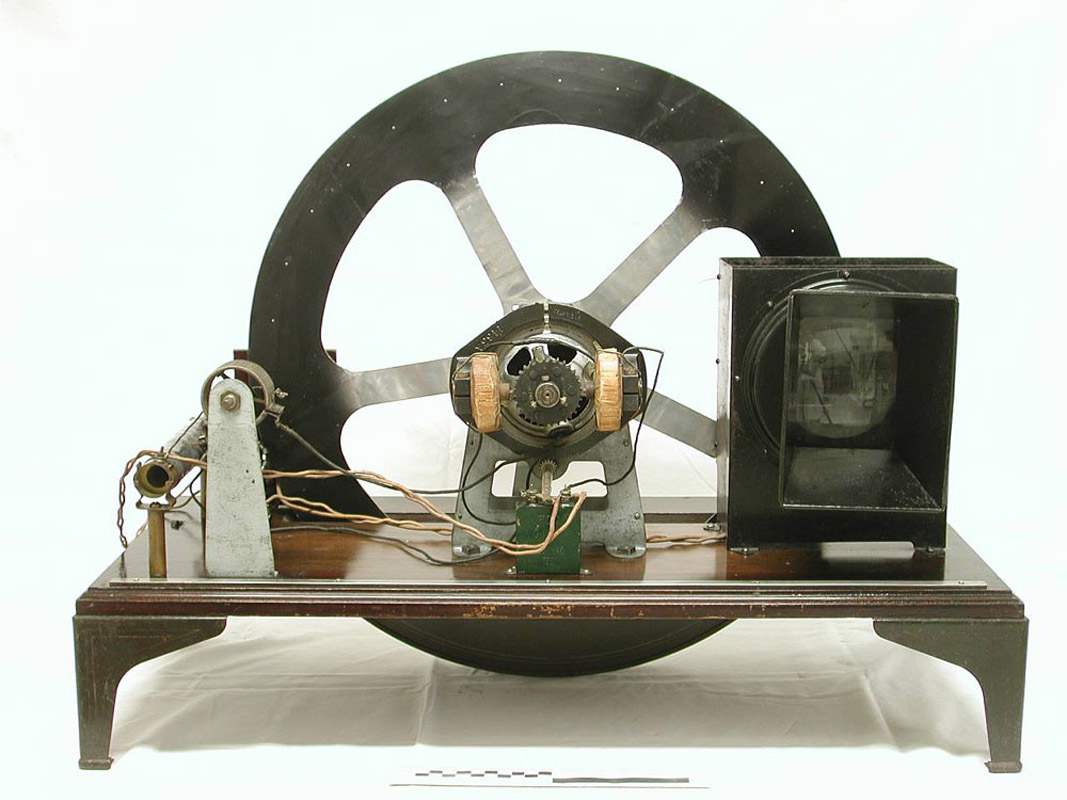 A few months earlier, the scientist had shown how images of people illuminated by natural light could be transmitted, even when the television set, which then used neon light, was moved from his London Laboratory onto Long Acre.

Baird effectively pioneered TV, the most popular invention of the last century and still one of the major contemporary mass media. The technology he developed used, in turn, that found in radio, telegraph and cinema, synthesising the possibility of long-distance image transmission in one machine, images that were transformed into electromagnetic impulses and sent to receiving machine. 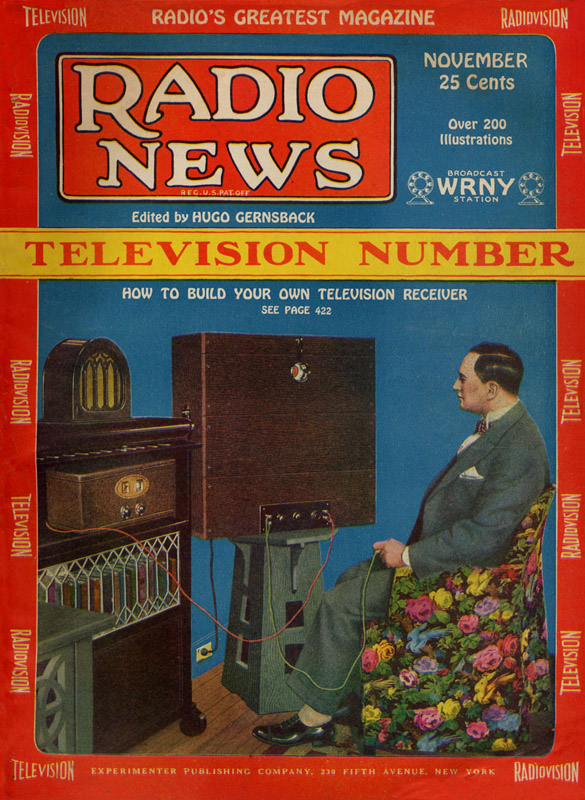 The illuminated subject was filmed using a Nipkow disk: this allowed the single light points of an image to be transformed into electrical values, then transmitted as lines to a receiving machine. This ‘viewer’ was synchronised with the first ‘scanner’ which, in turn, consisted of another Nipkow disk. The duality of the mechanism simply replicated the way human vision works. It is, in fact, our brains that synthesise the images seen through the eyes, using depth as a key value; thus, eyesight allowed two different and slightly diverging points to converge into one image. 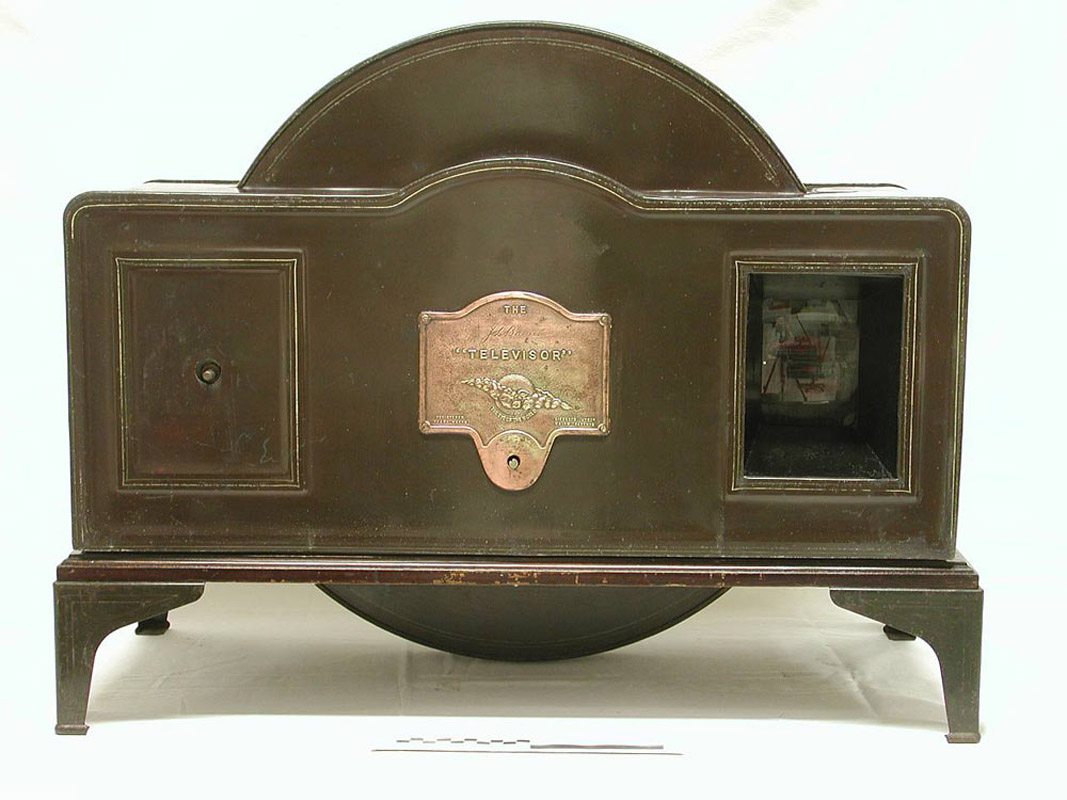 Many households all over the world would soon be watching stereoscopic television: the product was commercialised between 1928 and 1934 in the United Kingdom, the United States and Russia.