Studio Azzurro and The Museum of The Mind 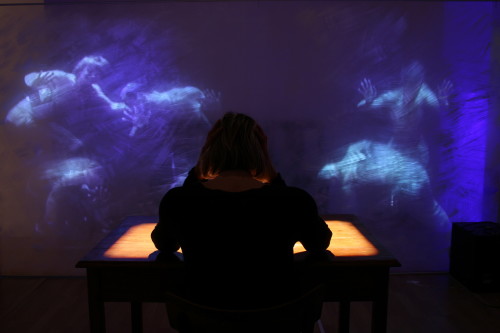 One enters Pavilion N° 6 of the Santa Maria della Pietà Hospital – now the Museum-Workshop of the Mind – with a kind of shielded sense of restlessness similar to the way in which society found it difficult (and probably still does) to approach mental health issues as an individual crisis, irritatingly foreign to society, often choosing exclusion and isolation as the solution.

But if the history of the former «Hospitale de’ poveri forestieri et pazzi dell’Alma città di Roma» hospital for ‘poor foreigners and the insane of the city of Rome’ was linked to coercion and reclusion, the museum’s itinerary is a kind of cathartic path, liberating for both the visitor and the Institution itself. The history «of institutional procedures and anti-institutional practices […], dialectic process of deconstruction of the geography of spatial, physical, psychological and social constraints and the reconstruction of subjectivity» (Brochure of Museum of the Mind) is relived through a dual juxtaposition.

«Entering out, exiting in» is the leitmotif of the museum outfitting designed by Studio Azzurro, a principle that aims at shortening the initial distance between the observed and the observer, the patient and the «sane person» and lastly, between violence and therapy. The reversal of roles, opposites constantly coming nearer and nearer, is most definitely the Museum’s most successful experiment: the walls of isolation are finally torn down to illustrate the chaos of lack of communication, restoring dignity to the segregated individual with his or her re-integration into society as society begins to learn of the demands of mental illness. It comes as no surprise that this experiment earned the Museum the ICOM 2010 award «The Museum of the Year for innovation and appeal for public relations». 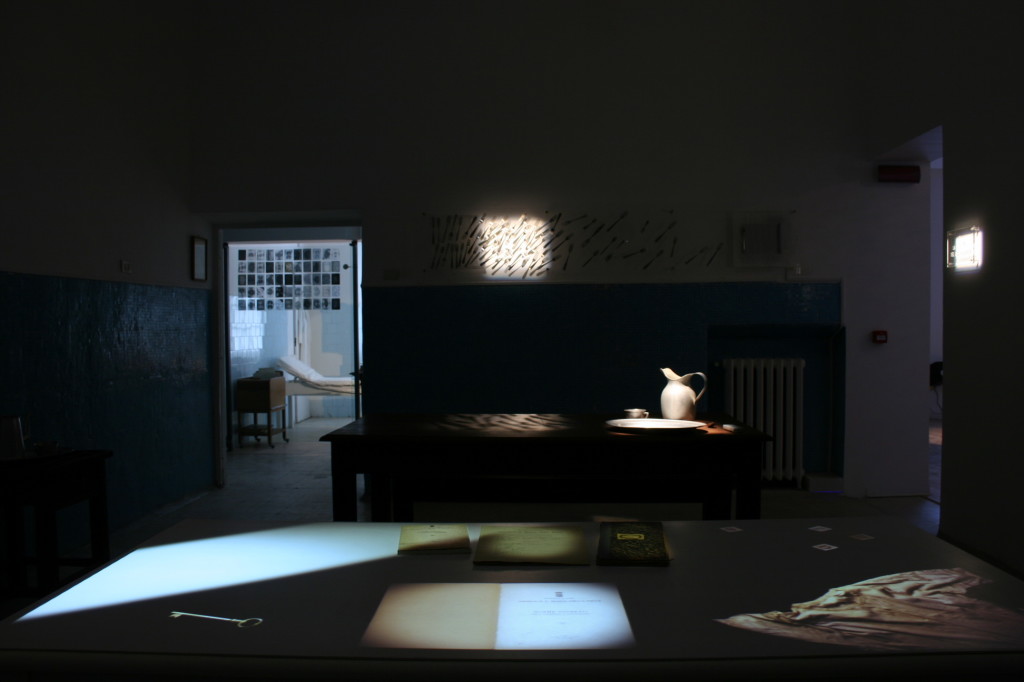 A perfectly successful combination of real elements and places such as doctors’ offices, clothing, furniture, diagnosis equipment, the documentary photo device, rules and registers and augmented reality that projects the living testimony of the men and women who made the history of the insane asylum onto the surrounding environment . The interactive instalments focus upon understanding the different ways of feeling, disintegrating and then reconstructing the relationships of individuals among themselves and of the individual with him or herself. Seeing, speaking and listening suddenly become alienating for the visitor who is experiencing the personal crisis of his or her image and voice. The perceptive difficulty due to the inability of recognizing oneself is sympathetically reconciled with what had been previously perceived as different. The entire body is called to reflection, sitting down or in motion on tables and chairs once used by patients.

Lastly, the anonymity of the multitude of people who actually experienced that place of infamy and pity is also extinguished. Patients Fernando Oreste Nannetti (NANOF), Gianfranco Baieri and Lia Traverso emerge, with their first and last names (having them is the first safe-conduct that legitimizes their existence), their stories about the struggle for self-affirmation. Words, denied in all experiences of reclusion and violence, surrender to painting and etchings  or – in other words – their gaze, the real function attesting to their existence.

From a «Closed Institution» to a «Factory of Change», the final rooms of the exhibit are the documentary collections of the metamorphosis. Interviews with former «loony bin guards» and short videos filmed between the 1960s and the 1990s retrace the history of the insane asylum and the final liberation. A glimpse of Italy at the height of its cultural enthusiasm when ideas and values operated the innovative change in society – from Franco Basaglia’s first experiments to the establishment of therapeutic communities. 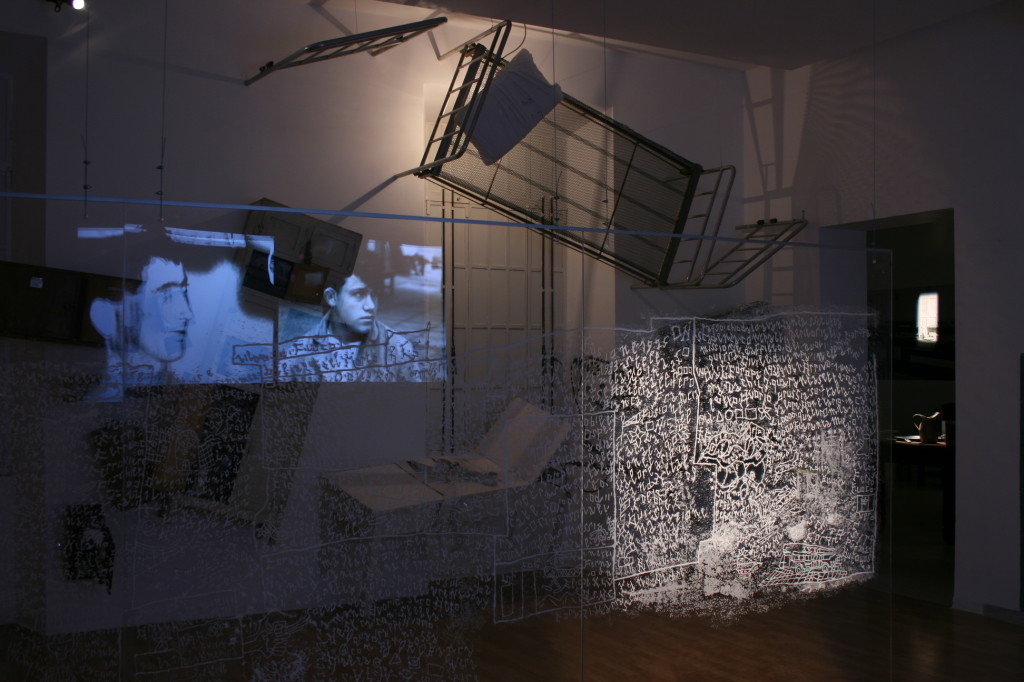 The ancestral fear of looking at oneself in the mirror, the scandal of being different, a sense of dismay and confusion in moments of crisis and the dangers of incomprehension are only some of the issues that the so-called crazy and normal people have in common and that the Museum-Workshop of the Mind has been able to implement with extraordinary success. It offers its therapy (expedients) for rehab and to better understand the problems. The pavilion-museum continues to pursue its elective role of «taking care» of the community.

image
(cover, 1) «Il tavolo/The Table» By placing the elbowns on the table (audio transmitter) and the hands on the ears the visitor will hear voices. «Dimore del corpo/Houses of the Body», Room 4 in the Museum of the Mind. (2) «L’Istituzione chiusa/The Closed Institution», Room 6 of the Museum of the Mind . (3) «Inventori di mondi/Inventors of Worlds». The museum installation, the videos and the graphitic works reproduced on panels by Fernando Oreste Nannetti (NANOF). Room 5 of The Museum of The Mind.
ShareTweetShareSend
Previous Post